Attention Moms, Dads, Grannies, Au Pairs – looking for something to do with the kids these Easter school holidays? Why not take a trip to the theatre with the kids and introduce them to the exciting world of drama! It was always one of my favourite outings as a child and I still love to take my kids each school holiday. As it’s Easter the current production of The Tale of Peter Rabbit based on the well-known story by beloved children’s author, Beatrix Potter, would be a good bet. It opened on 23 March and runs until Saturday 6 April in the foyer of the Artscape Theatre. 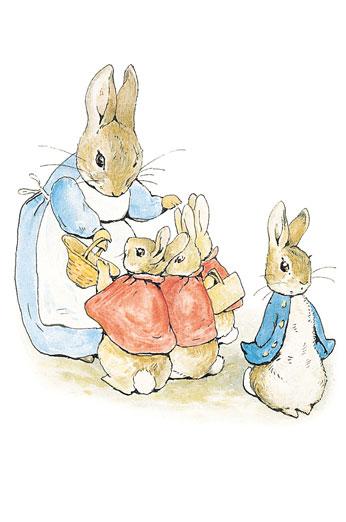 The show is suitable for kids aged 2 – 8 and is presented by the children of the Stagecraft Drama Studio. It tells the story of Mrs Rabbit who lives in her cosy burrow underneath the roots of a very big fir-tree. She has four little children, Flopsy, Mopsy and Cotton-Tail who are good little bunnies and Peter, who is sometimes a bit naughty! Their neighbour, Mr McGregor, grows carrots, radishes and lettuce in his garden. The rabbit family would love to go into Mr McGregor’s garden to eat the yummy vegetables but Mrs Rabbit has forbidden her family from going into the garden as their father had had an ‘accident’ there. One day naughty Peter Rabbit decided to explore, and instead of going to school, went to Mr McGregor’s garden…

The Tale of Peter Rabbit is adapted by Dudley Glass, directed by Cheryl Abromowitz, starring Nicholas Haupt as Peter Rabbit. Join in the Easter fun and help the flopsy bunnies to help Peter Rabbit escape from Mr McGregor’s clutches.

You can win a set of 4 tickets to the show on Tuesday 2 April at 10:30 by signing up to receive the NEW Becoming you Monthly Highlights Newsletter here:

You only have just over a few hours to enter this competition as it closes  on Thursday 28 March at 3pm so ENTER NOW. Winners will be announced before 5pm on the same day and the winner will need to be able to claim their prize at the Artscape for the show on Tuesday 2 April (time and date of the tickets is not transferable).

What I... Anthea from Embracing Style