Exciting news for Disney fans is that Frozen is now available on DVD and Blu-ray. The highest-grossing animated film of all time can now be enjoyed time and time again the comfort of your own home! YAY.

Winner of the 2013 Academy Award® for Best Animated Feature and Best Original Song (“Let It Go”), this wondrous tale of a young girl trying to save a kingdom trapped in eternal winter arrives just in time for our own winter and features even more adventure, more extras, and more Olaf! 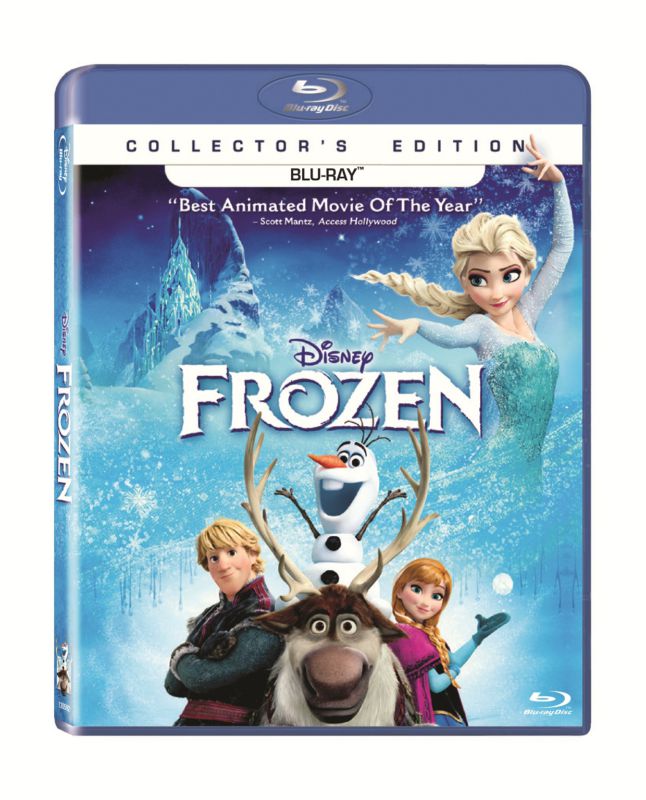 Bonus Features appear on both the DVD & Blu-ray but the Blu-ray version has a really great list of extras. These include:
Original Theatrical Short – “Get A Horse”
The Making Of Frozen – Hosts Kristen Bell, Josh Gad and Jonathan Groff take you deep into the Disney Animation Studios on a musical tour written by composers Kristen Anderson Lopez & Robert Lopez.
D’frosted: Disney’s Journey From Hans Christian Anderson to Frozen – While Frozen is a new and unique fairy tale, the story of Hans Christian Anderon’s The Snow Queen was one of Walt Disney’s projects in development for years. Through research and never before seen concept artwork by Marc Davis, we take a look at the legacy of this story and how it lead the way for Frozen.
Deleted Songs and scenes.
“Let It Go” Music Videos.

I know my family was certainly enchanted by this wonderful story and we are definitely going to be watching this on repeat as after just one viewing on the big screen it was a firm favourite.

I’m super excited to have 5 copies of Frozen on Blu-ray to give away to my lovely Becoming you readers! All you have to do to make your child’s day is to follow the steps below:

What I... Jen from Pinkerjen