For a few years I’ve known about the blogger I’m featuring today and dipped in and out of his challenging blog content often, recently I was introduced to it again when I came across this series of posts that detail 40 very practical ways white people of South Africa can actually make a real difference in their every day to the people they share this country with…

Confronting, challenging, thought-provoking, Brett “Fish” Anderson is all of these and more.

He certainly doesn’t fit a blogger box. He stands on top of it!

A creative, out-of-the-box writer, speaker and thinker, with almost twenty years of Improv Comedy experience, Brett is particularly passionate about South Africa and seeing all South Africans work better together.

As an author, blogger, public speaker and workshop presenter, Brett has a big focus on the topic of Diversity and encourages these conversations wherever he goes – crafting spaces for people to really see and hear each other and encouraging them to work towards building bridges towards each other – together.

If you’re looking for a blog to stimulate conversation on all manner of topics visit Brett’s! 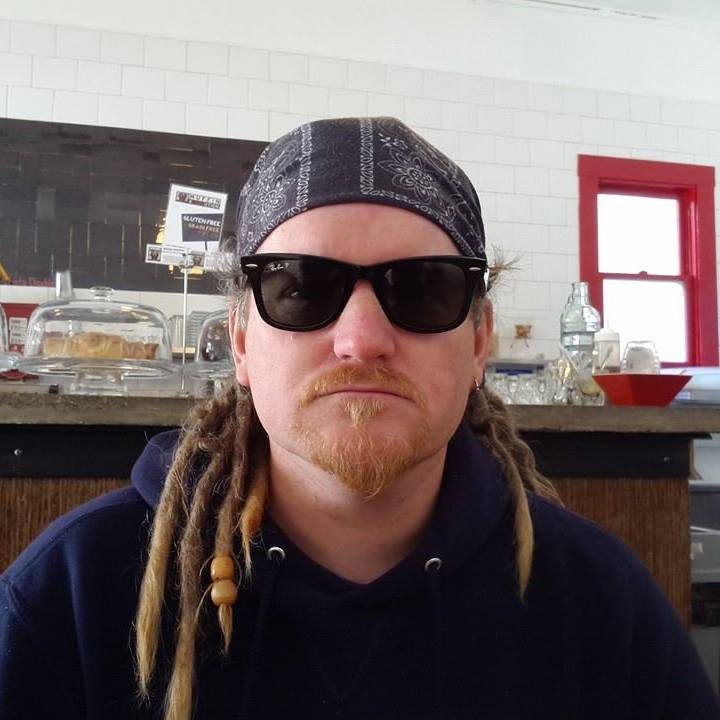 Know: Nothing! Or close to nothing. The older i get the more i realise i know a lot more about a lot less. i do have a decent mind for strategy though and so can probably kick your butt at most board games [but the real ones, the post Settlers of Catan ones, don’t wave your Monopoly or Risk at me, actually Risk was a great strategy game, it can stay!] In terms of my faith, it feels like a little bit less every day and that is the number one driving force in my life. i am a follower of Jesus and because of the mess that the church has largely made of Christianity for centuries now i find that i am holding on to the things of Christianity a lot less and the things of Jesus a lot more. And it’s mind-blowing to me that those would ever be different things. Fortunately for everything else i have Google and so knowing nothing feels a lot less scary than it did when i was at school.

Love: Jesus. Then people, with my wife tbV [aka the beautiful Val] right at the top of the list. My family and friends, many of whom have become my family because I believe that family is much thicker than what happens when you put parts of yourself under a microscope. i love Justice. And chocolate. And try to be as excited and committed to the former as i am to the latter. But specifically Justice for the marginalised, those pushed to the side, ignored, muted, ridiculed. This is where i find Jesus to be such a great role model, cos as much as you can have offence with so many of the things of Christianity, Jesus was predominantly the person who saw those who others deemed invisible and touched them and spoke life to them, and Love and freedom. i love that the faith i still manage to hold to forces me to act. [But I also do love a good Monty Python skit or a classic Friends episode cos LOLs!] 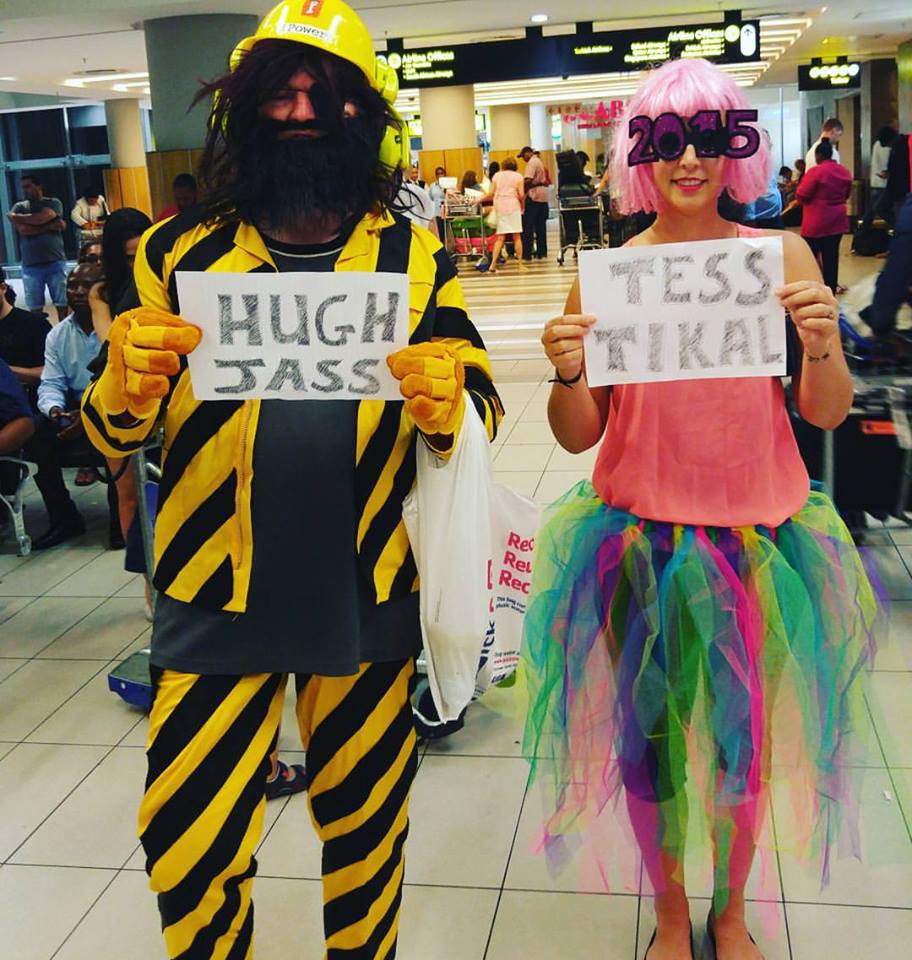 Read: People who don’t look like me. And Terry Pratchett! LOVE Terry Pratchett. What a huge and untimely loss for the world when he hopped aboard the giant turtle Great A’Tuin and sailed away from the Discworld and us… but i was challenged when i was in America a few years ago to read people who don’t look like me. So women. People of colour. People with different religious or political perspectives. Because without specifically intentionally choosing to do so, until that time i had largely been reading middle-aged white men… And so i discovered the supremely talented Chimamanda Ngozi Adichie [don’t read a lot of novels but make every exception for her] and just finished reading ‘Rescuing the Gospel from the Cowboys’ by Native American Richard Twiss [RIP]. Otherwise these days i lean towards African and specifically South African authors as i seek to understand this land more and our history from other perspectives and experiences. About to tackle three books from a series called Voices of Liberation which will focus on Ruth First, Chris Hani and Steve Biko.

Want: i want the rainbow. We were promised it and we were lied to. Largely because for the most part white people simply saw 1994 as a time to get excited about the idea of unity and togetherness and a new future, and then returned to life as it was before, but with some different faces on their beaches. It feels like now, in 2019, so many years too late, that things are starting to stir and people are starting to move and get it and change and step towards and that excites me and i really want to hope that we haven’t left it too late, while bathing in the grace that was offered so freely by black, coloured and indian neighbours. i want to believe that the rainbow is still possible, that the work we are doing now is going to make a real difference. And i want the story of what happens now in South Africa to infect the whole world! 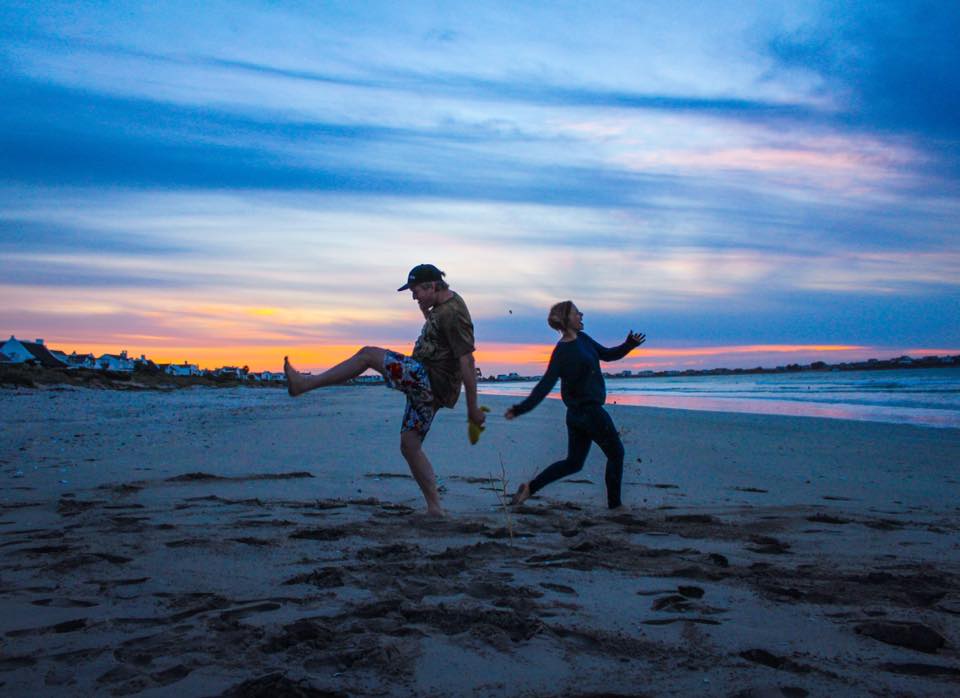 Wear: Whatever my wife lets me. Ha, no i’ll get in trouble for that one, but i am not the most stylish card in the deck. She loves it and compliments me, well, when i make some effort and throw on a jacket and actually wear shoes and vibe a vibe. But normally, above all, it is barefoot or slops. i find shoes so constrictive and have the mantra that “If my head is covered then i will be warm enough” and so one of the questions i field more than others is “Aren’t you cold?” while they are looking at my feet in winter. Clever funny shirts when i can get my hands on them and a lot of purple cos that is my favourite colour [purple hair for my wedding!].

Need: Absolutely nothing. i have so much. i measure my wealth in friends in which case i am a multi-gazillionaire. As a white 45-year-old Christian able-bodied male i realise i tick pretty much all the privilege boxes and yet it is in the people who are in and around my life [both online and offline] who make me rich beyond comparison. That is a privilege i hope i never have wrested away from me. But beyond that, the question i have to go to more frequently is never, “What do i need?” but “What do i need to give now?” 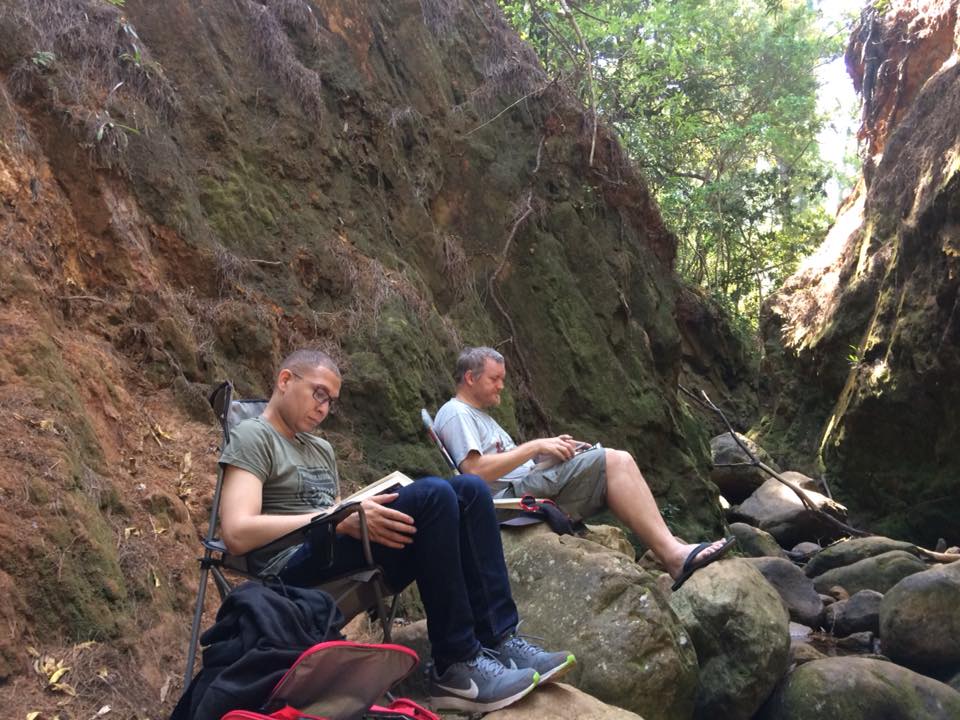 Battle of the... Concealers