In a matter of minutes we came across a lazy lioness lying beneath some bushes in the shade. Our tracker was convinced that she had cubs nearby so we decided to stick with her for some time. 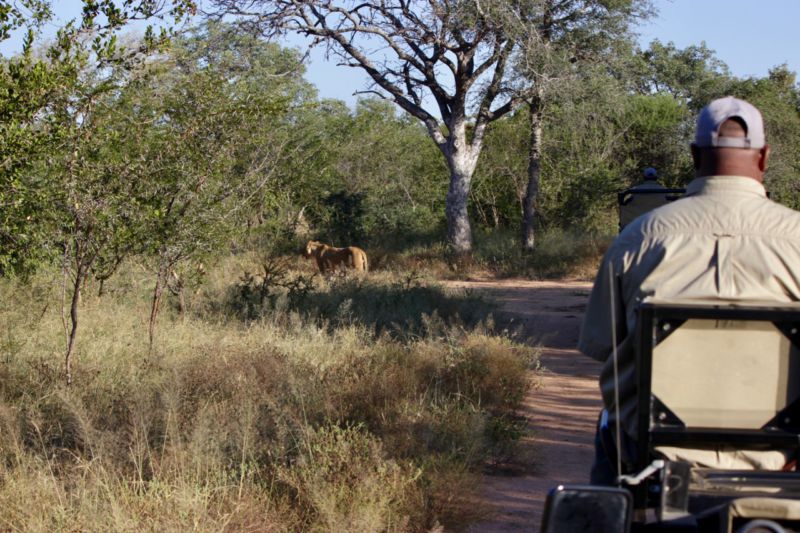 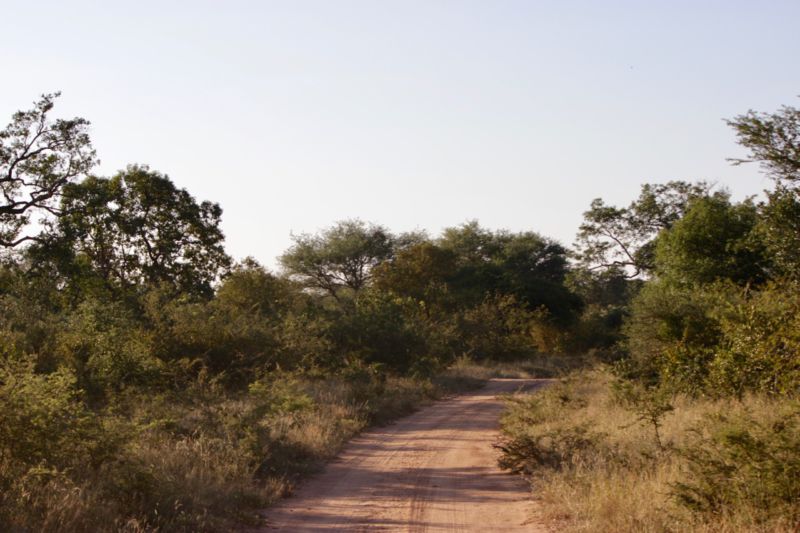 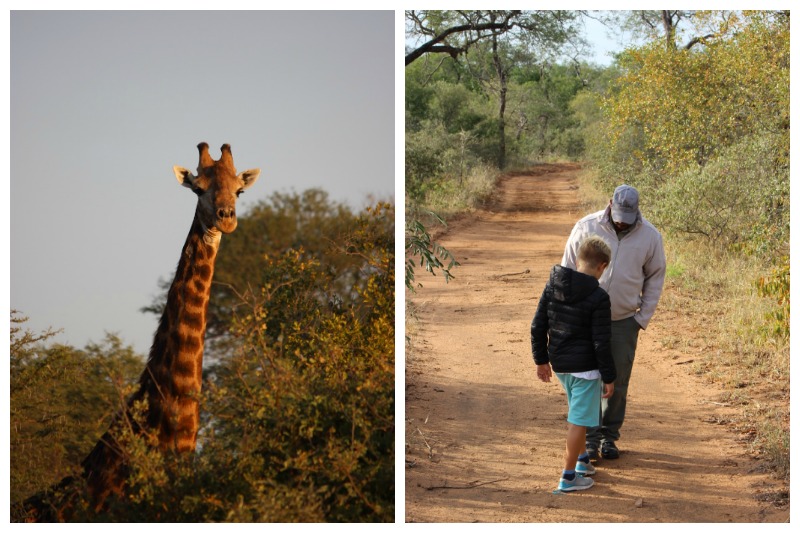 We ended up spending almost an hour observing her behaviour and tracking her through the bush. It was a really special experience as it felt like we were really get an insight into life in the bush.

During our time with this lioness she attempted 3 kills on impala in the area… all with no luck! After each attempt she spent time recovering in the shade and then set off again, hopeful her evening meal wouln’t be too evasive.

We lost her a few times in the dense bush, and then tried to anticipate where she might be heading – the nearby waterhole.

Fortunately our ranger’s instincts were right and after a short wait she appeared out of the bush directly in front of us and headed straight for the water…. hunting is thirsty work! 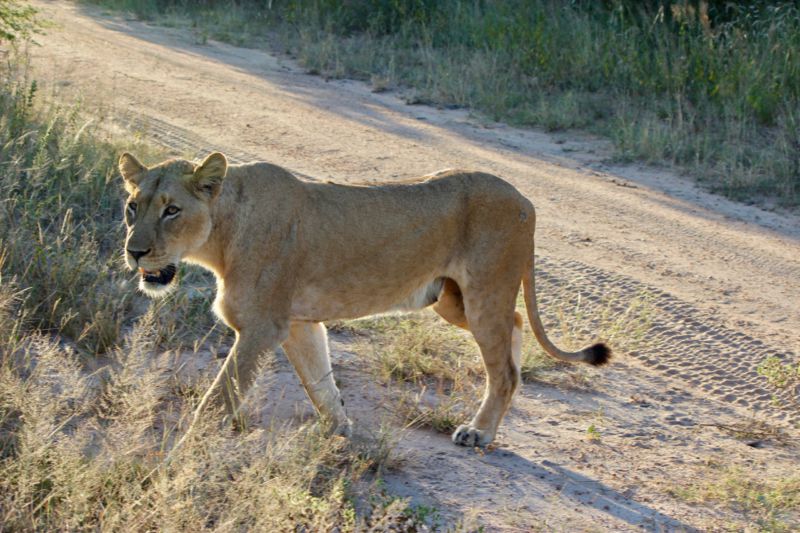 And here I got another incredibly opportunity to fulfill my wildlife photographer dreams… a lion drinking from a waterhole is an iconic African safari photo and I’m so pleased to have a few of my very own. (Whom I kidding, I took hundreds… these are just a few of my faves! In fact on this trip I took over 1700 photos and had to edit them down to showcase only the best. I ended up with 160 which is still faaaar too many. But this is my blog and I write it as much as a diary for myself as for you, my readers. So bear with me!!) 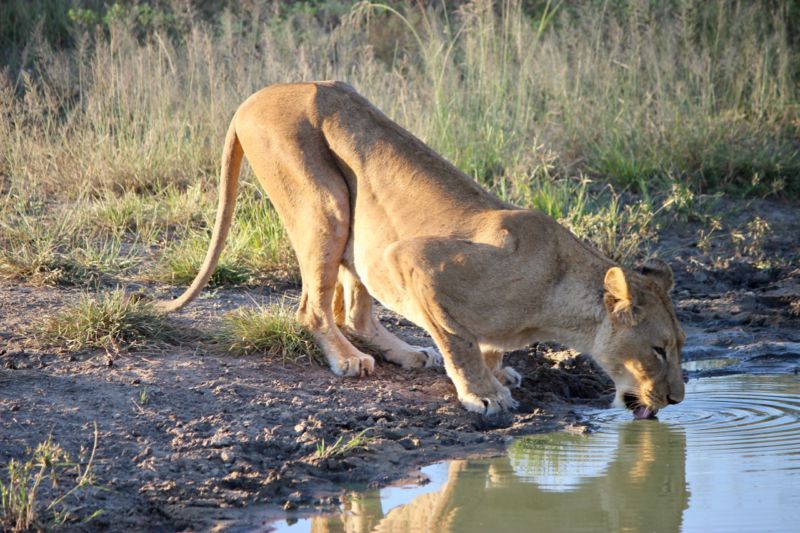 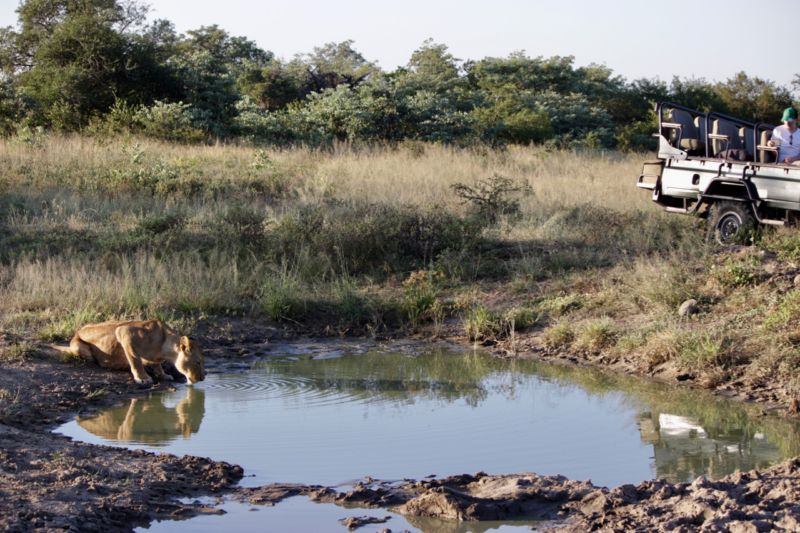 Tracking animals is thirsty work indeed so after our thrilling lion sighting it was time for a drink of our own…. sundowners in the African bush is one of the highlights of any game drive and I certainly always look forward to enjoying a crisp Savanna in the savannah or a Gin & Tonic – that quintessential safari drink. 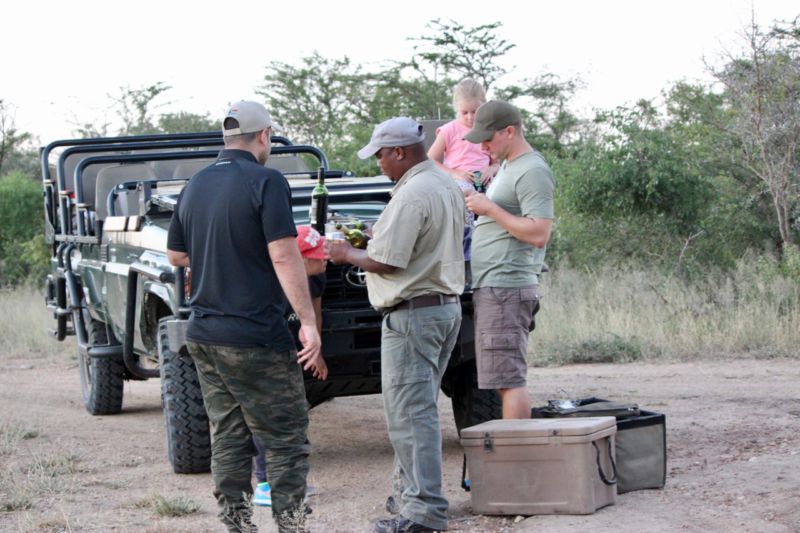 Sundowner drinks is also a great time to get to know your fellow guests as well as have a chat with the ranger and tracker taking you around.

My kids were particularly thrilled with their little “party packs” that came out courtesy of the Waterside kitchen – and so was I. Keeping kids fed and watered during a 3 hour game drive can be challenging so I was really pleased about their picnic snack. What a great idea to keep the kids quiet until dinner at 8. 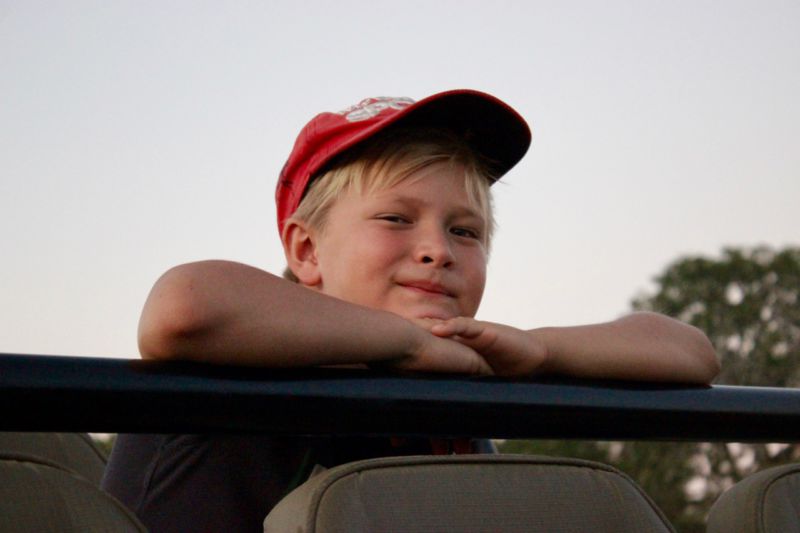 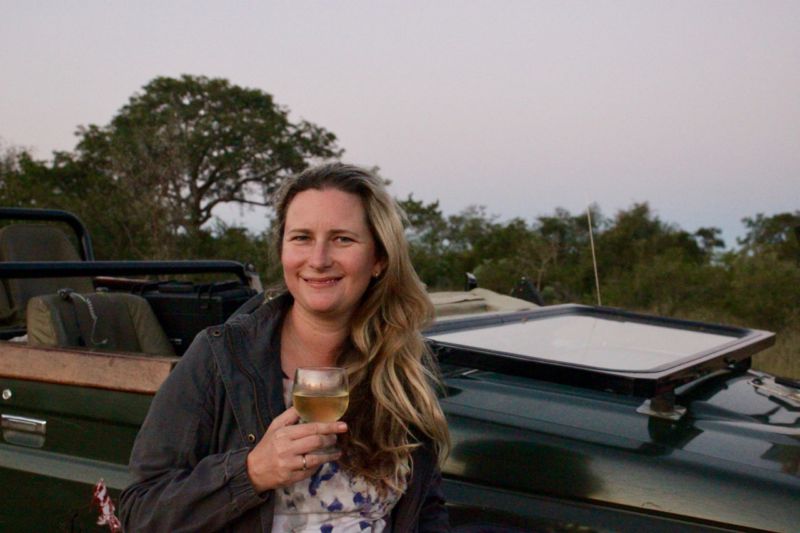 Dinner that evening was another memorable setting – our tables set up under the stars and next to the pool… overlooking the river and surrounded by the nighttime calls of nature.

We’d been fortunate enough to see 4 of the Big 5 – Lion, Leopard, Elephant & Buffalo – all that remained was Rhino so this was to be our big morning mission… 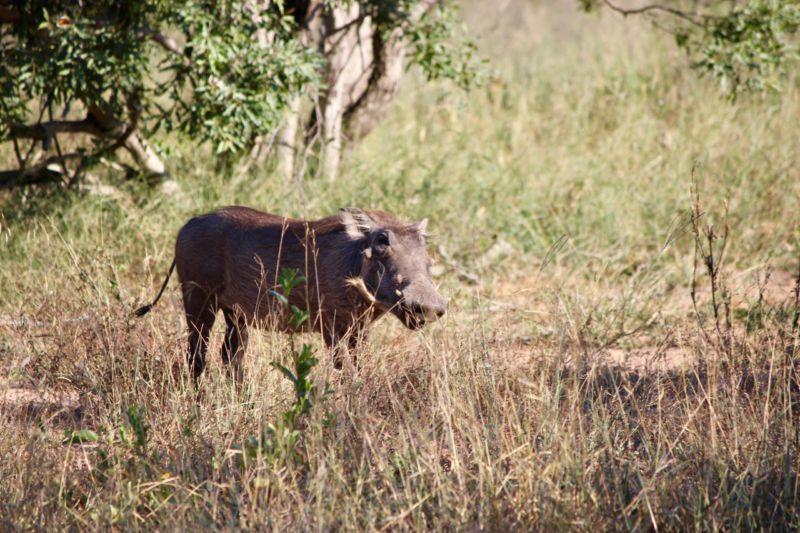 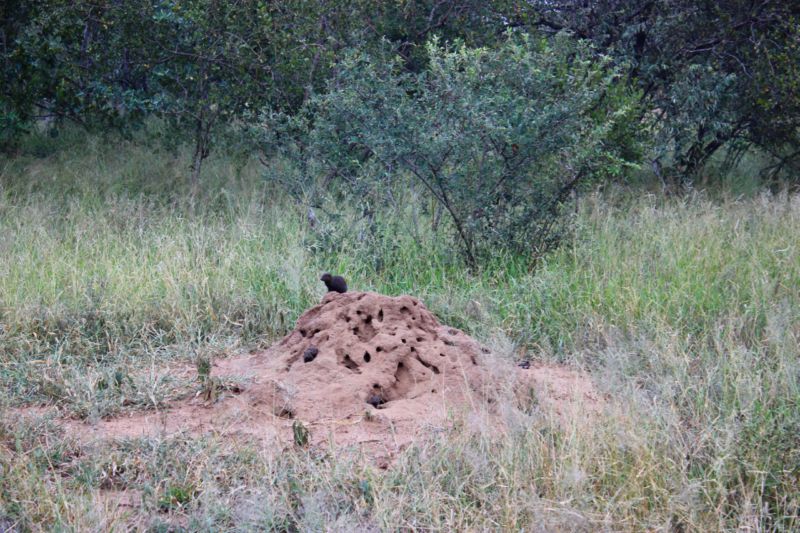 The great thing about staying at a private game reserve is that there is a team of rangers and trackers all out doing game drives at the same time, and in constant communication with each other should they come across an animal you’re keen to see, or a particularly awesome sighting you don’t want to miss.

A bit of extra help from the radio certainly helps, as we were to discover when the call for Rhino came through! These are some of the most special, and endangered, animals on the planet. You don’t want to miss them!

Our rhino sighting at Thornybush was incredible. Two beautiful females, some of the oldest in the area (& one the same age as myself!), were enjoying breakfast and we were lucky enough to find them amongst the thick bush on our very last morning at Waterside. 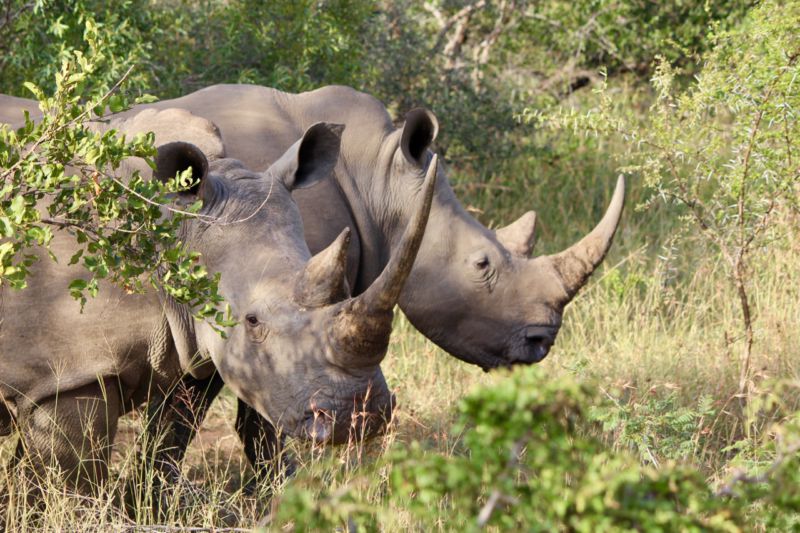 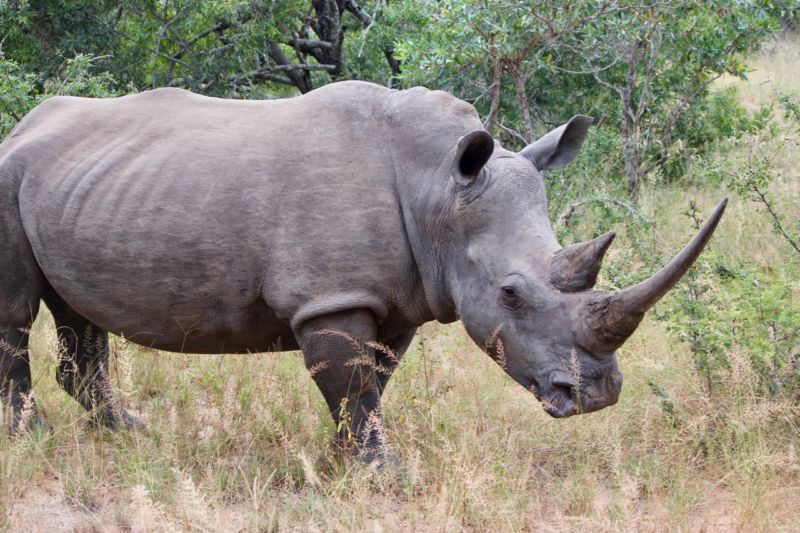 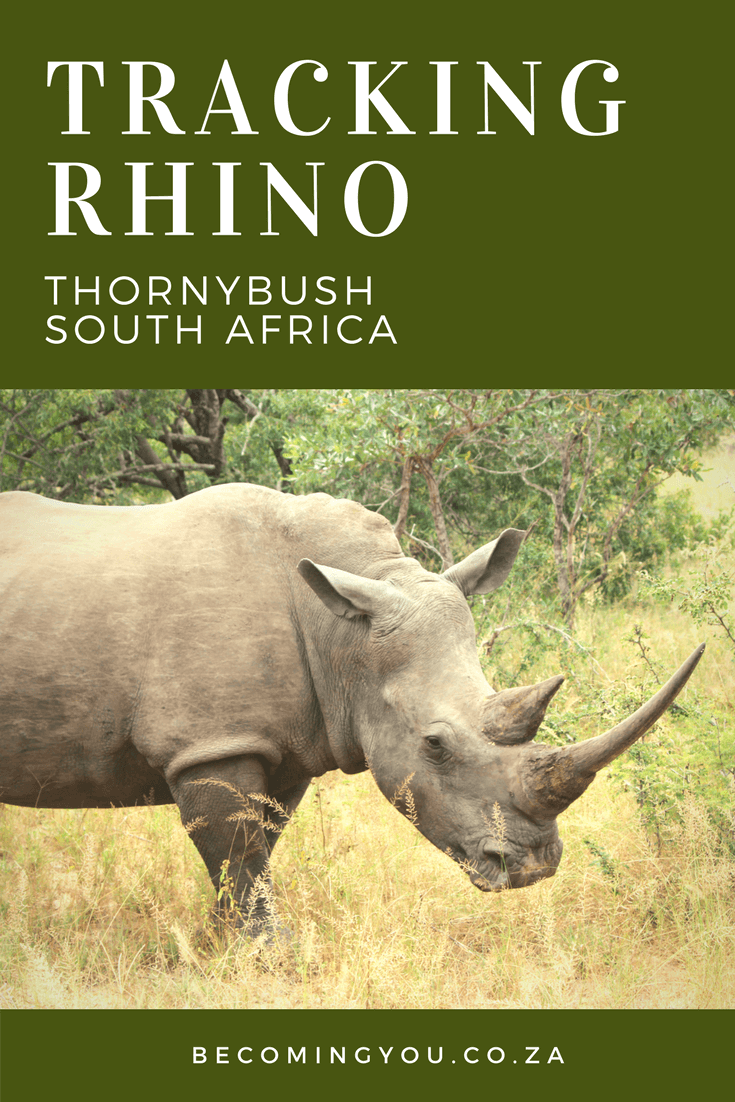