Last week I shared the first adventure in our #BucketListWeekend up north – A Hot Air Balloon Ride. Today’s post is a continuation of this trip, in fact it came about because of a fellow flyer on our Hot Air Balloon Ride! During our flight our pilot pointed out the Maropeng Cradle of Humankind Heritage Site and this prompted me to enquire about whether it was a worthwhile spot to visit on the rest of our morning in the area… only to discover that one of the fellow passengers on board was in fact part of the management! She made a few quick calls and put me in touch with Michael Worsnip, MD of Maropeng. Within a few hours of our call we were warmly welcomed by Michael at the entrance to the Maropeng precinct in the Cradle of Humankind Heritage Site located just outside Johannesburg.

Maropeng is the official visitor centre of the Cradle of Humankind and the Sterkfontein Caves.

Maropeng means “returning to the place of origin” in Setswana, the main indigenous language in this area of South Africa and this area has is known as the birthplace of humanity. 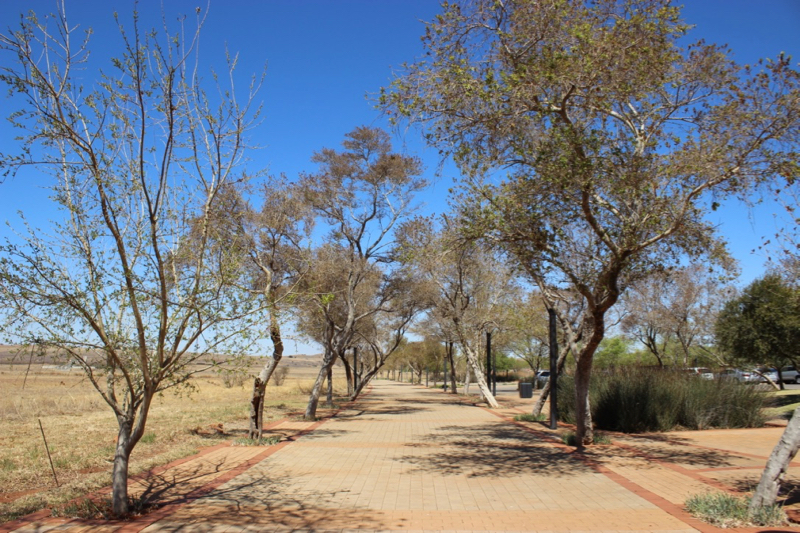 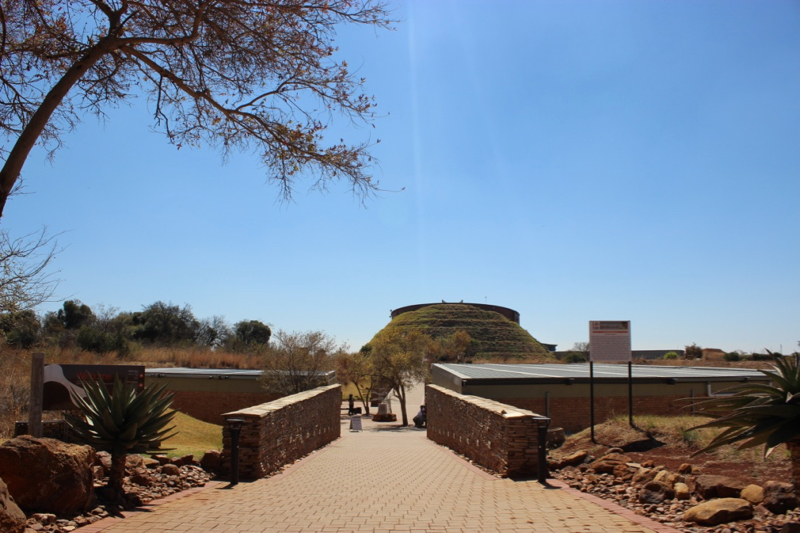 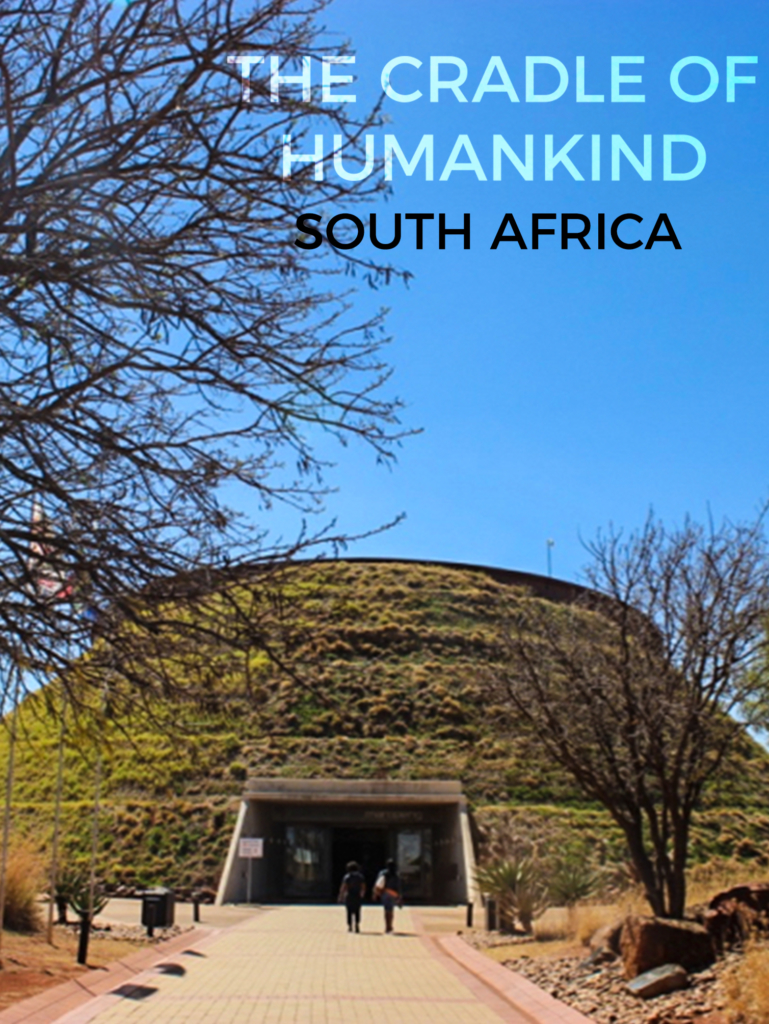 The Maropeng Visitor Centre is an exciting, world-class exhibition, focusing on the development of humans and our ancestors over the past few million years.

And as luck would have it, the very first person we met on arrival was the main archaeologist who discovered Homo naledi, Lee Berger (pictured right below) and his team mate. 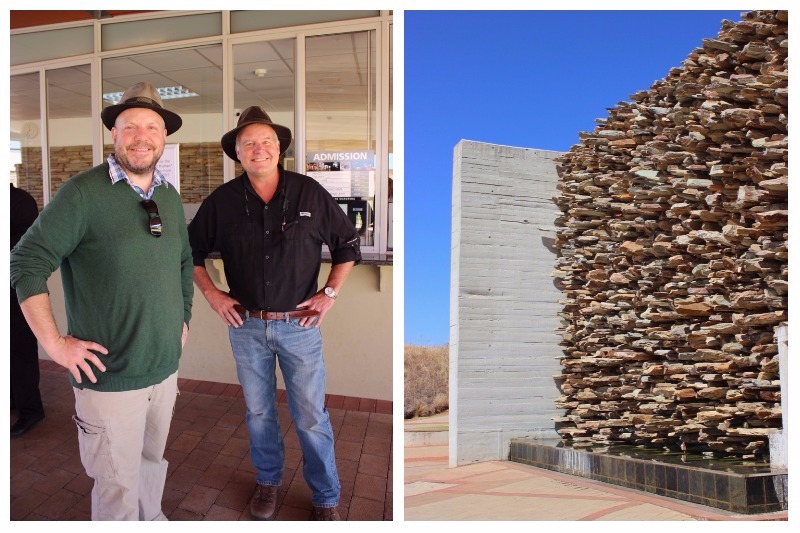 After this fortuitous introduction it was time to discover just what an incredible discovery he is credited with so we headed inside to the Homo naledi exhibition. 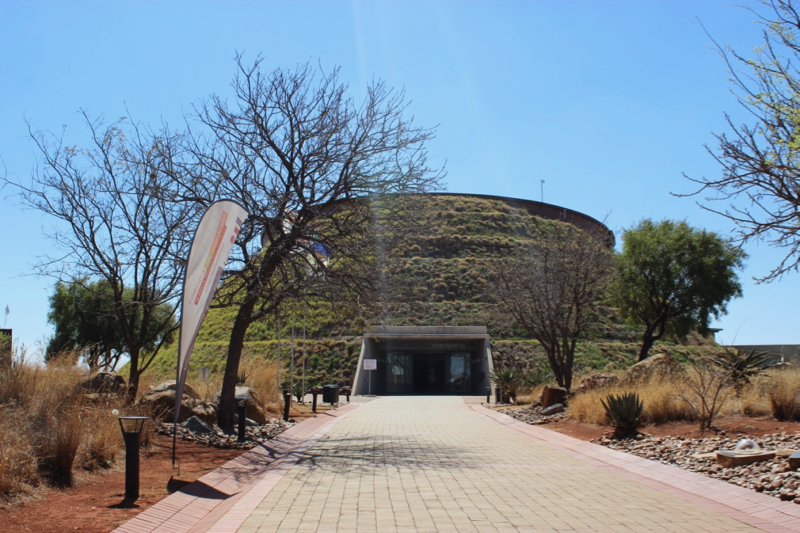 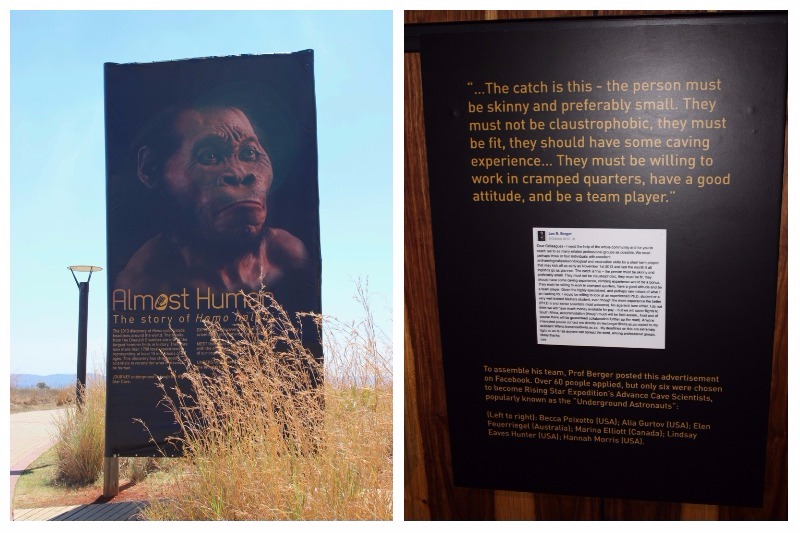 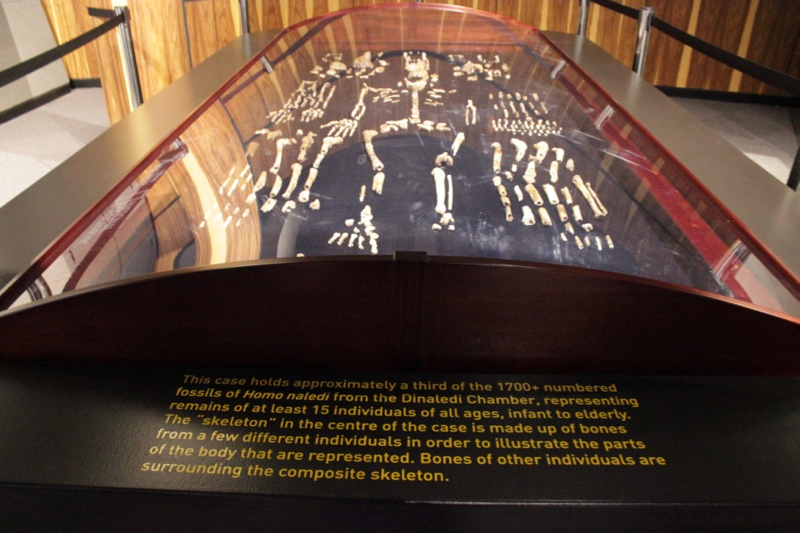 A bit more about Homo naledi (courtesy of Wikipedia)

Homo naledi is an extinct species of hominin, which anthropologists first described in 2015 and have assigned to the genus Homo.

In 2013, fossil skeletons were found in the Gauteng province of South Africa, in the Rising Star Cave system, part of the Cradle of Humankind World Heritage Site about 50 km northwest of Johannesburg, by recreational cavers Rick Hunter and Steven Tucker.

Fossils of at least fifteen individuals, amounting to more than 1550 specimens, have been excavated from the cave. There are some indications that the individuals may have been placed in the caves near the time of their death.

Homo naledi was formally described in September 2015 by a 47-member international team of authors led by American-born South African paleoanthropologist Lee Berger of the University of the Witwatersrand, who proposed the bones represent a new Homo species.

Prior to dating, initial judgement based on archaic features of its anatomy favoured an age of roughly two million years old. In 2017, however, the fossils were dated to between 335,000 and 236,000 years ago, long after much larger-brained and more modern-looking hominins had appeared. The research team therefore thinks that H. naledi is not a direct ancestor of modern humans, although it is probably an offshoot within the genus Homo. 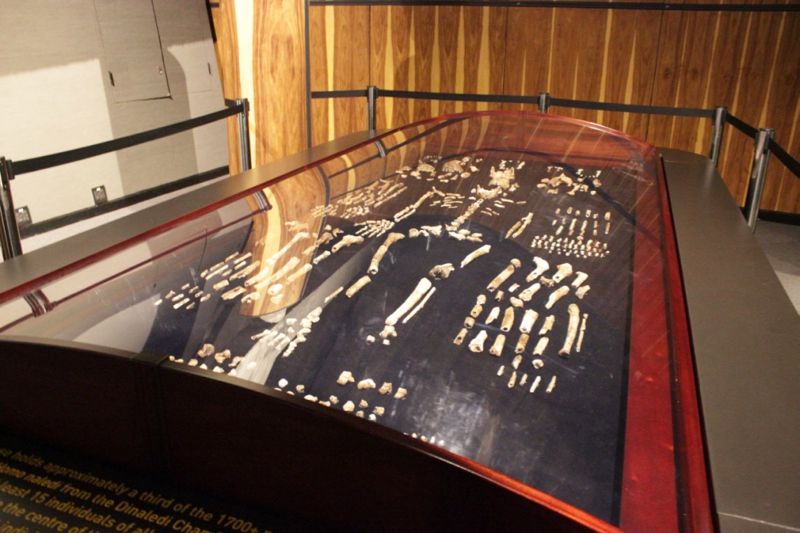 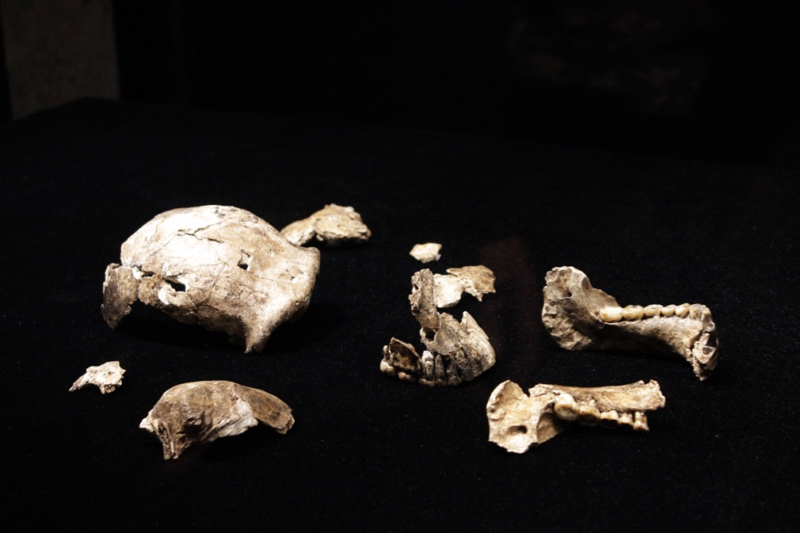 The exhibition was fascinating but we had to whizz through it a bit quickly when I would have enjoyed more time.

In fact the whole museum was amazing. I had no idea just what an interactive space has been created here for visitors to see fossils, learn about how humankind was born, view stone tools up to 1-million years old and generally discover a love for archaeology and our ancient past. 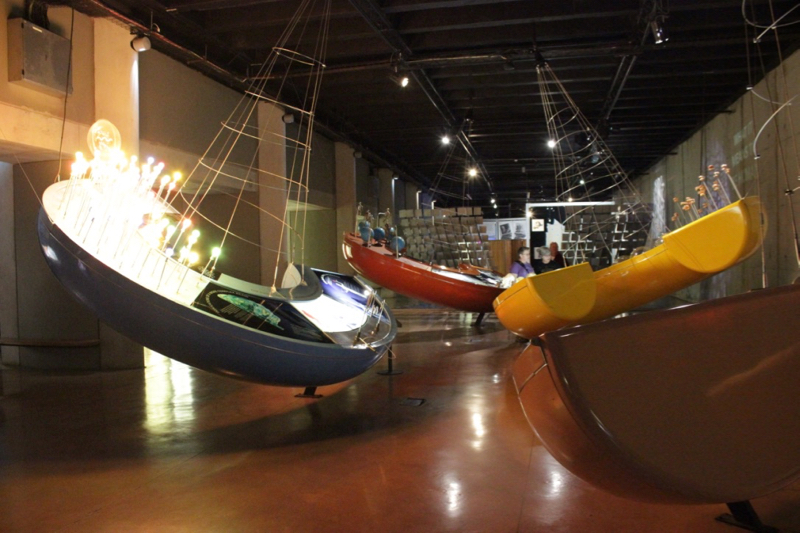 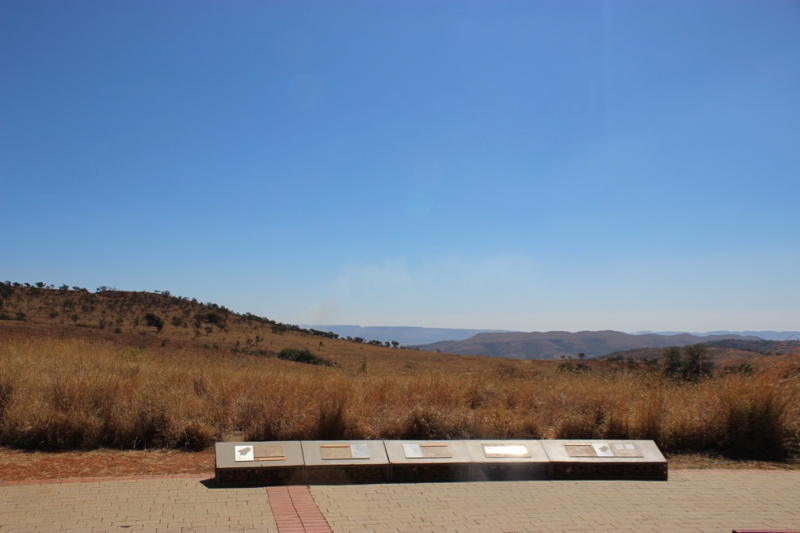 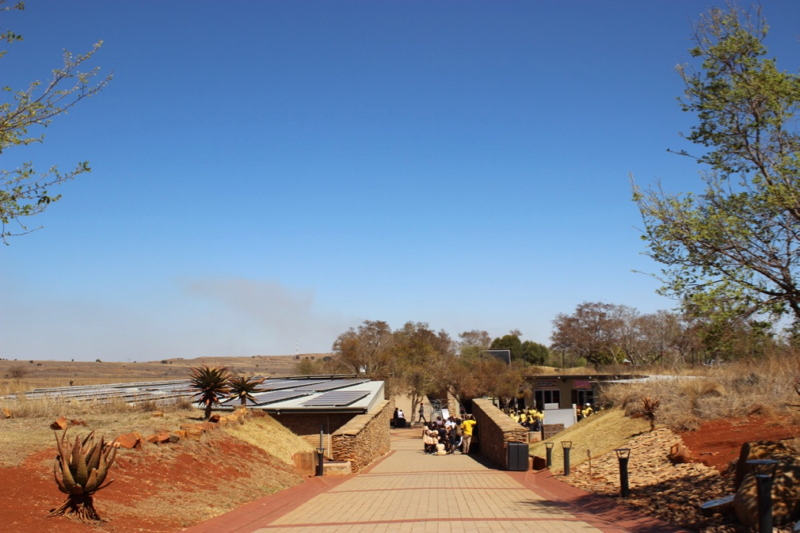 I was really impressed with the exhibitions, the history and the interactive museum. My only complaint, I didn’t have my kids with me to let them explore the exhibits fully because they really are world class (with some great surprises thrown in!) and they would have loved it!

Next time I’ll also allow more time to visit the Sterkfontein Caves but we had to catch a train so didn’t have enough time to explore those too. Not to worry, we’ll be back! 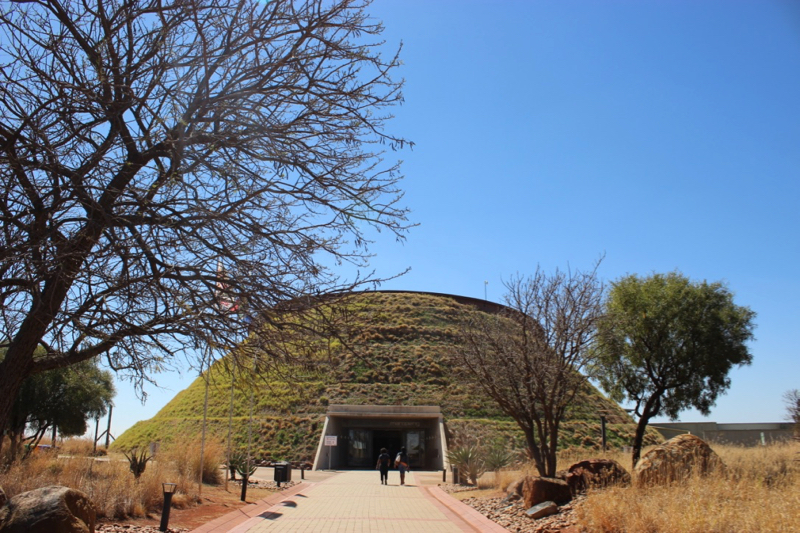 How to find the Maropeng Cradle of Humankind World Heritage Site

The Maropeng Visitor Centre, Market Place and Tumulus restaurants, as well as the Maropeng Hotel, can be found just off the R563 Hekpoort Road, Sterkfontein, 1911, South Africa.

The Maropeng Visitor Centre is open to the public from 09h00 to 17h00 every day. The last boat ride departs at 16h00.

The Sterkfontein Caves is open to the public from 09h00 to 17h00 every day. The last tour departs at 16h00. The tours at the Sterkfontein Caves, which start above ground and then take visitors deep into the caves, run every half-hour, seven days a week.

If you enjoyed this post about the Maropeng Cradle of Humankind World Heritage Site or want to re-read it another time please considering pinning it to Pinterest using the image below! Thanks

Battle of the... Eye Creams