School holidays are around the corner which, for many South African families, means long drives and road trips to see friends and family around the country. Our family loves a good road trip especially because being on the road is a good way to see more of our beautiful country and we love driving new routes and discovering what is around the next bend!

When driving long distances it’s vitally important to take regular breaks and lunch time at a quaint little farm stall or road side restaurant is the perfect excuse to take a break and have a rest on your long drive.

Situated east of Cape Town, along the Cape Peninsula and Garden Route, is the mountainous region called Overberg. The region is also known as the breadbasket of the Cape due to its wheat farming, and the national bird, the Blue Crane, can often be found flying in the sunny skies.

On this route, just between Botrivier and Caledon, you will find Dassiesfontein, a fully licenced restaurant and farmer’s fare. Here you can enjoy traditional South African cuisine, or ‘boerekos’, which the restaurant is famous for serving generous portions of. All meals are served with the traditional bread, made with ground flour, as well as fresh farm butter.

After a filling meal at the restaurant, you may just want check out and take home some of the other items available on the farm. The antique store, boutique and garden store have some items for you to consider buying as souvenirs, while you may also want to take some ‘padkos’, like rusks and dried fruit, from the farm stall for the rest of your journey.

With winding roads and magnificent mountain ranges, the Western Cape is a great place to start or end your road trip, and you will likely find yourself spending a lot of time among the winelands and along the coast, not to mention the Garden Route.

Along Route 62 – the longest wine route in the world – you can’t get away with not enjoying a glass or two. On this road you will find Barrydale, a town situated on the border of the Overberg and Klein Karoo regions. It is famously home to Ronnie’s Sex Shop, where you’ll find plenty to eat and drink, but little in the way of titillating trinkets. The origin of the name is a mischievous one, starting with a man by the name of Ronnie who decided to open a shop, intending to sell fresh produce and fruit.

He duly painted a sign on his cottage, which would serve as the farmstall, simply titling it Ronnie’s Shop – because that’s what is was. His friends decided to liven up the name and added the word sex. Despite being more than a little peeved about it, Ronnie trucked on nevertheless and even invited his roguish friends for several rounds of beer and braai. Perhaps as reparation, or just because it was a blerrie good idea, they suggested he turn it into a bar, and to this day passers-by, particularly bikers, enjoy more braais, beer and bliss in the little town of Barrydale.

A South African road trip invariably takes you through the Karoo, a semi-arid desert which may look barren and endless, but is filled with diverse flora and fauna.

There is, however, no end to the padstalletjies on the way, selling fruit, honey, Karoo lamb and much more. Victoria Trading Post is just such a rustic relic, offering jam, preserves, biltong, ginger beer, tripe and the ultimate roadie staple: homemade pies.

But be warned: in the Northern Cape the heat in summer is absolutely sweltering, so good luck to you if your car doesn’t have air-conditioning; while winter mornings will turn you into a human icicle.

Dotted with streams, rivers and waterfalls, the Midlands are a verdant slice of South Africa, slow-burning to oranges and reds in the autumn. You can go horse-riding, hiking, swimming, fishing and sailing, as well as visit leatherworkers, shoemakers, potters and weavers.

There are plenty of arts and crafts in this creative corner of KZN as well, and you can pop into flower farms and herb gardens. When it’s time for some grub, and locally-brewed beer, take a seat at the Boar’s Head at Rawdons Hotel, where you can try brews from Nottingham Road Brewery.

In the heart of the country is the Free State province, completely landlocked and quite a mystery – even to many South Africans, who see the capital Bloemfontein as nothing more than a fuel stop when driving to or from Cape Town along the N1.

The province is slowly but surely jostling for position as a getaway; and Clarens, Golden Gate Highlands National Park and Vredefort Dam give you plenty of reasons to visit.

If you pass through Clocolan, make sure to try The Cabin Farmstall and Deli to fill up on curry peach salad, scones and juices in a variety of flavours from watermelon and strawberry to orange and pineapple.

Eastern Cape, the birthplace of Nelson Mandela, Walter Sisulu and Steve Biko, is home to the Addo Elephant National Park, the National Arts Festival in Grahamstown, some of the best surfing in the world in Jeffrey’s Bay and IRONMAN South Africa.

Fifty kilometres from Port Elizabeth, the province’s biggest city, is Nanaga, featuring a famous farmstall selling roosterkoek (which literally translated means grilled cake, but is actually a type of bread) and pies for the road and a restaurant serving the same pies and roosterkoek, as well as an extensive breakfast and lunch menu.

Gauteng’s urban jungles may drive the country’s economy, but it is also full of natural nooks and crannies which provide escape from city life, such as the Magaliesberg region.

Merely 65km from Joburg’s traffic-choked roads, it is a haven of mountains, valleys and rivers filled with wildlife. It’s a great place to go hiking, abseiling, horse riding, fishing or mountain biking.

When it’s time for a lunch break, Hekpoort Heksie in Magliesburg is the perfect place to stock up on chillies, jams, pickles and chicken pies. When you’re in the area, don’t think that people have forgotten to spell: Magaliesberg refers to the mountain range, and Magliesburg is the town at its foot. 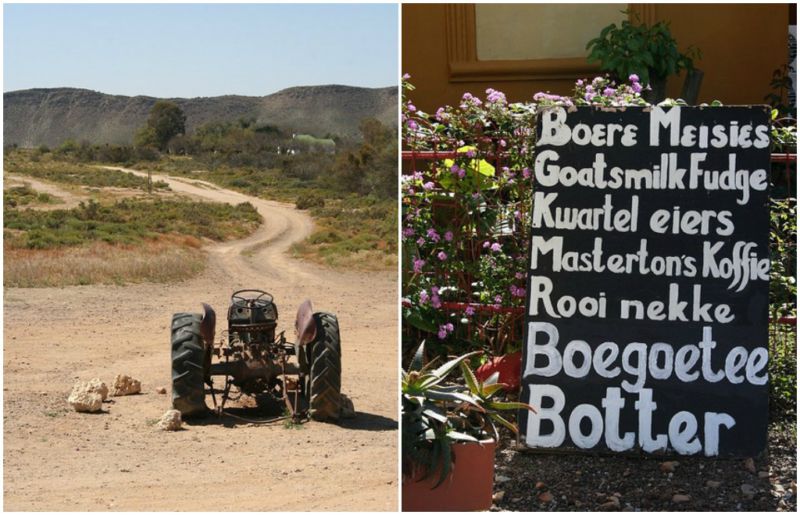 To waylay those hunger pains, there’s Jasmyn Plaasprodukte where you’ll find fresh fruit and vegetables, cheeses, rusks, biltong, nuts and dried fruit – ideal for padkos. If your appetite is somewhat bigger, you can eat at The Windmill, which is a restaurant next door to the farmstall.

On the way to the Kruger National Park, or wherever you happen to be going, if you find yourself in Mpumalanga, a popular pit stop is Milly’s. At the restaurant you can find all the usual farmstall fare, and all your favourites too (from burgers and wraps to salads and shakes); but it’s the trout you have to try – whether it’s a trout sandwich, a cheese platter with trout pate, or the absolute winner: trout pie.

Make sure they serve it to you with their famous mustard or mushroom sauce. If you can’t get enough of the pies, pop into their farmstall and buy frozen ones to take home with you – it’s real value for your money, even if the rest of the goods are a bit overpriced. 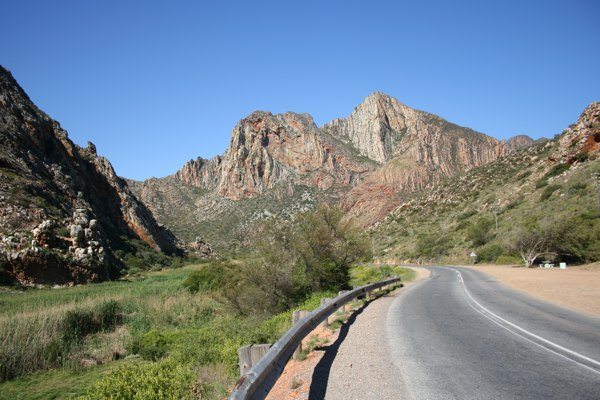 Home to Modjadji, the Rain Queen, Tzaneen is truly one of the most beautiful areas in South Africa. If you are averse to making any plans for your road trip and just taking it as it comes, make an exception for this beautiful corner of the country. A lush and unspoilt haven of nature reserves, baobabs and cycads, nicknames such as “Tropical Garden Town “ and “Land of Silver Mist” give you an idea of its infinite beauty.

Visiting the Coach House Confectionary is a good way to indulge your sweet tooth with a selection of brittles, biscuits, shortbreads, nougats and chocolates. But make sure to hit other shops and stores to stock up on tomatoes, mangoes, bananas, oranges and avocadoes as the region is famous for producing them, thanks to the fertile lands watered by the heavy rains.

What I... Sarah Duff from Duff's Suitcase