A few weeks ago I introduced you to my brand new travel series over here: My City (With Kids!) It’s a guest post series featuring various travel bloggers from around the world sharing the very best things to do with kids in the town they call home.

Today I’m sharing my space with Robert who is a big kid living in a bigger city – Tokyo, Japan. Here he shares his best things to do in Tokyo with kids. 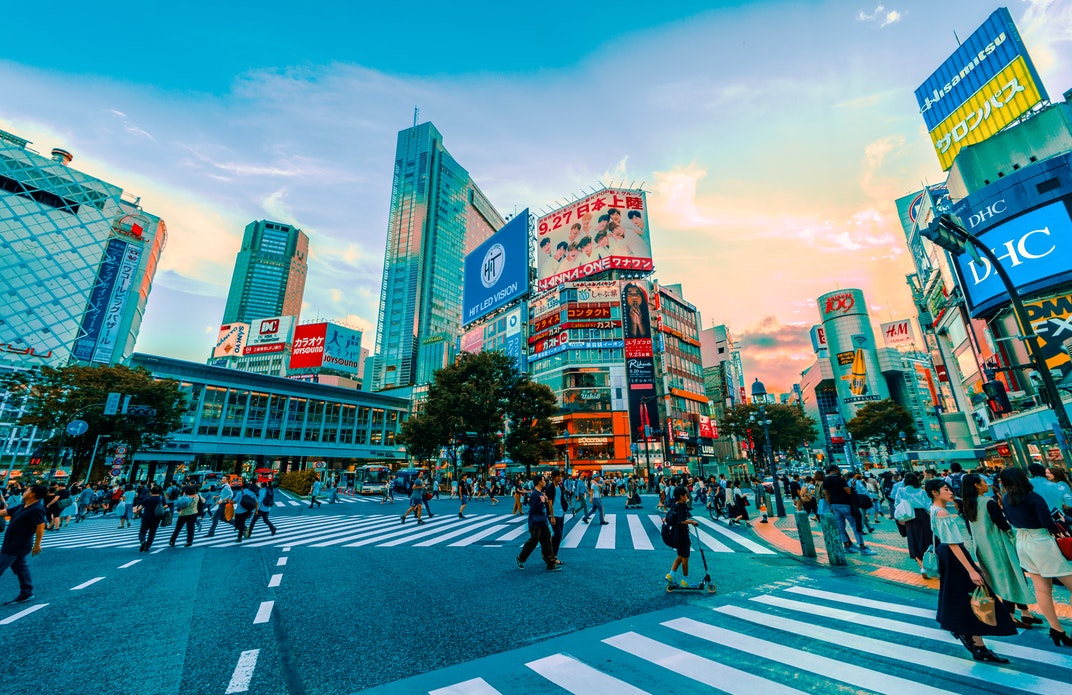 Things to Do in Tokyo with kids!

If you’re stressing out about taking a family trip to Tokyo, consider a few facts. First, did you know that children ride the Tokyo Subway all by themselves, as young as four or five years of age? Tokyo is one of the safest cities in the world, for travelers of all ages—and this is only the beginning of why your kids will quickly fall in love with it. Tokyo is full of kid-friendly activities, no matter what interests your brood. From an exciting museum dedicated to future technologies, to opportunities to learn more about the undersea world that swims beneath Tokyo Bay, to a trio of theme parks that’ll thrill kids of any age, Tokyo is the world’s quintessential family travel city.

If you’re planning to travel to Tokyo with kids then don’t miss out on any of these things to do in this dynamic city! 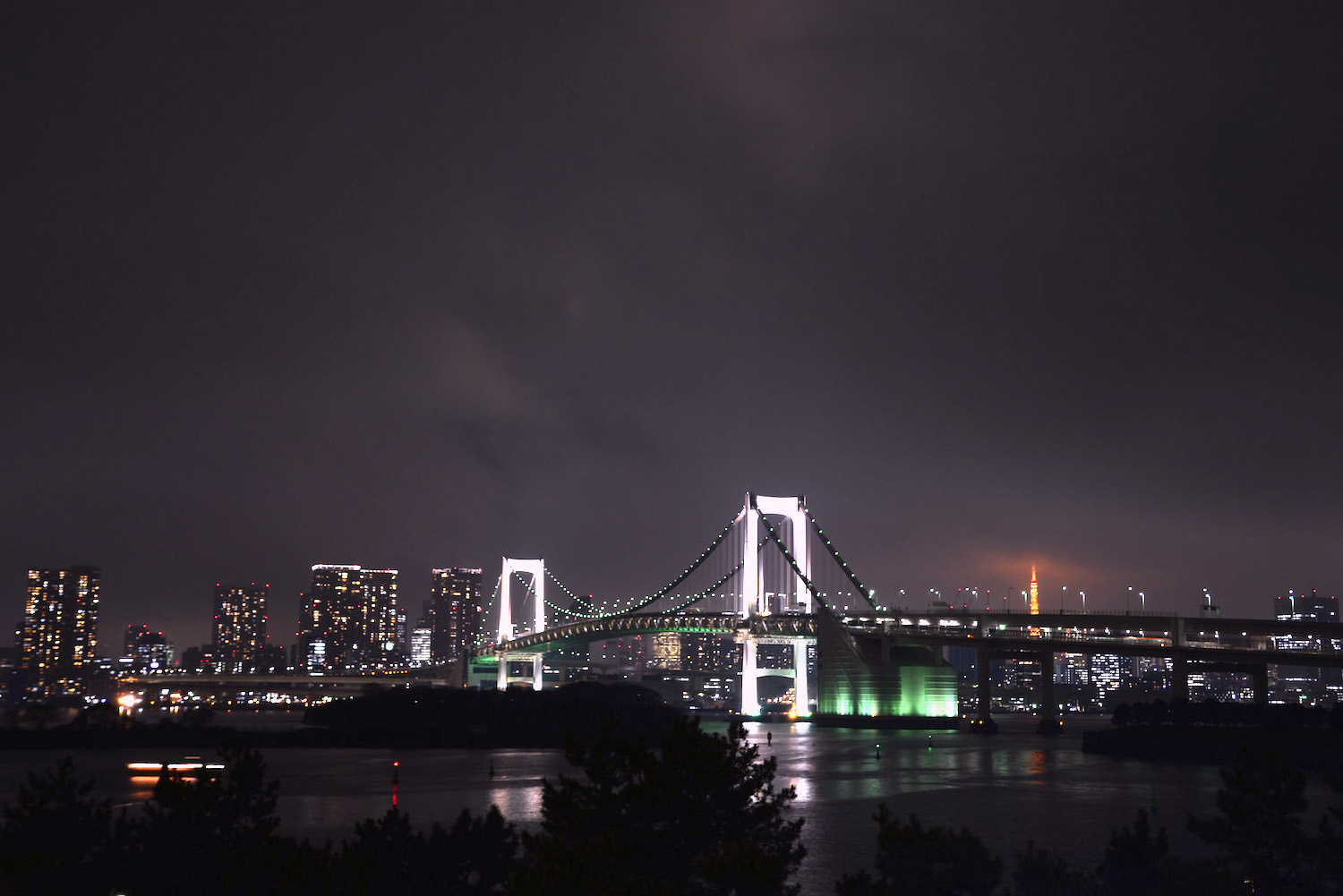 Robotics aren’t the only topic you find amid the exhibitions at the National Museum of Emerging Science and Innovation, even though tourists frequently refer to its as the “Tokyo Robotics Museum.” Likewise, surrounding Odiaba island is a great Tokyo destination for kids in and of itself, whether you marvel at the 20-meter tall statue of the robot Gundam, or enjoy a night view of Tokyo’s skyline behind the Rainbow Bridge.

HOW TO GET THERE: Ride the Yurikamome, an automated train that’s a glimpse into the future itself, from Shimbashi to Odaiba. 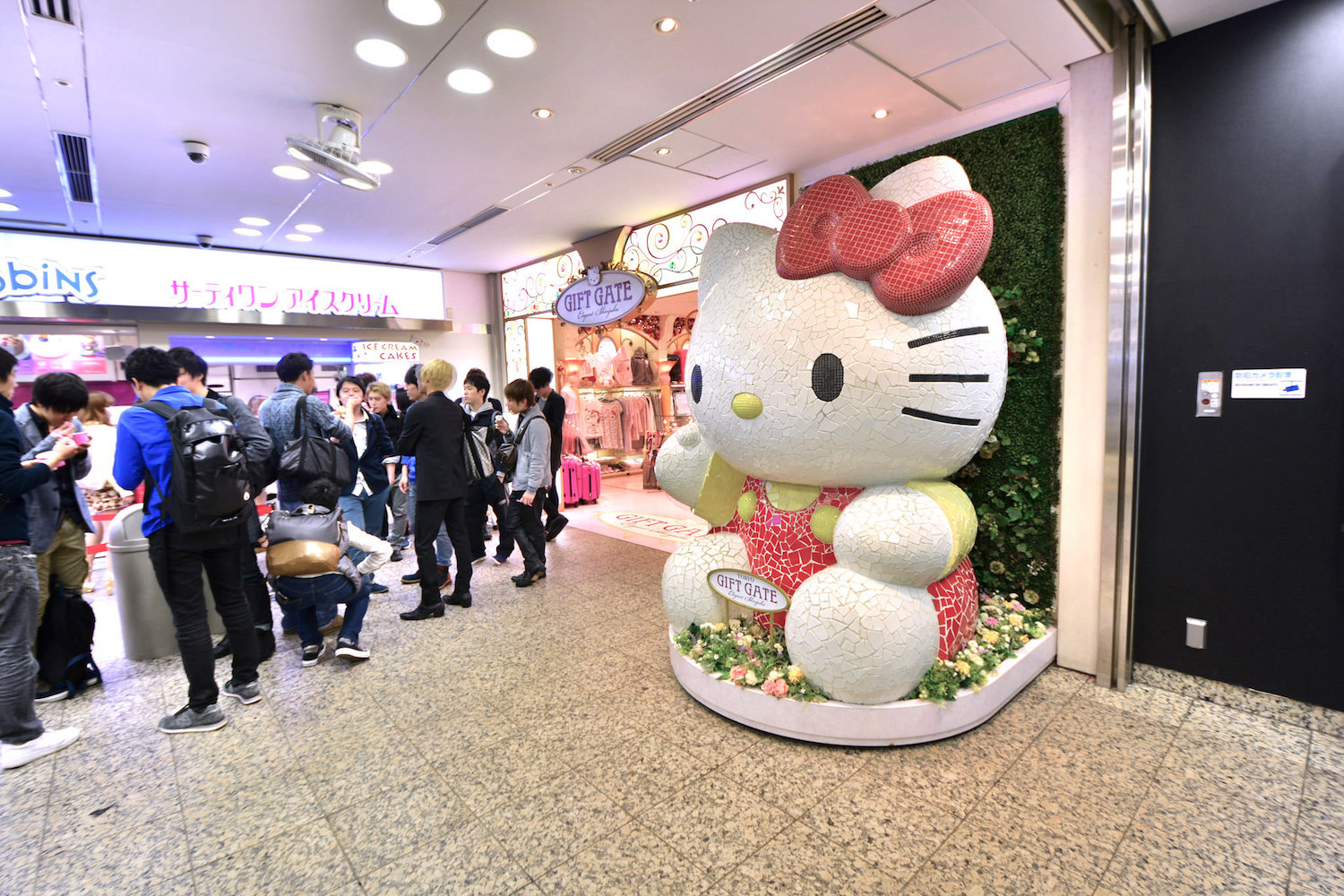 Who doesn’t love Hello Kitty? An indoor theme park devoted to all sorts of Sanrio characters, including the newly popular “lazy egg” Gudetama, Sanrio Puroland is replete with entertainment, rides and Instagram-worthy cafés and restaurants where the food is almost too cute to eat. Your kids can even pose for pictures with Hello Kitty herself, though it’s advisable to go during the week if you want to avoid huge crowds of local Japanese families.

HOW TO GET THERE: Ride a Keio Line train directly from Shinjuku Station to Sanrio Puroland. 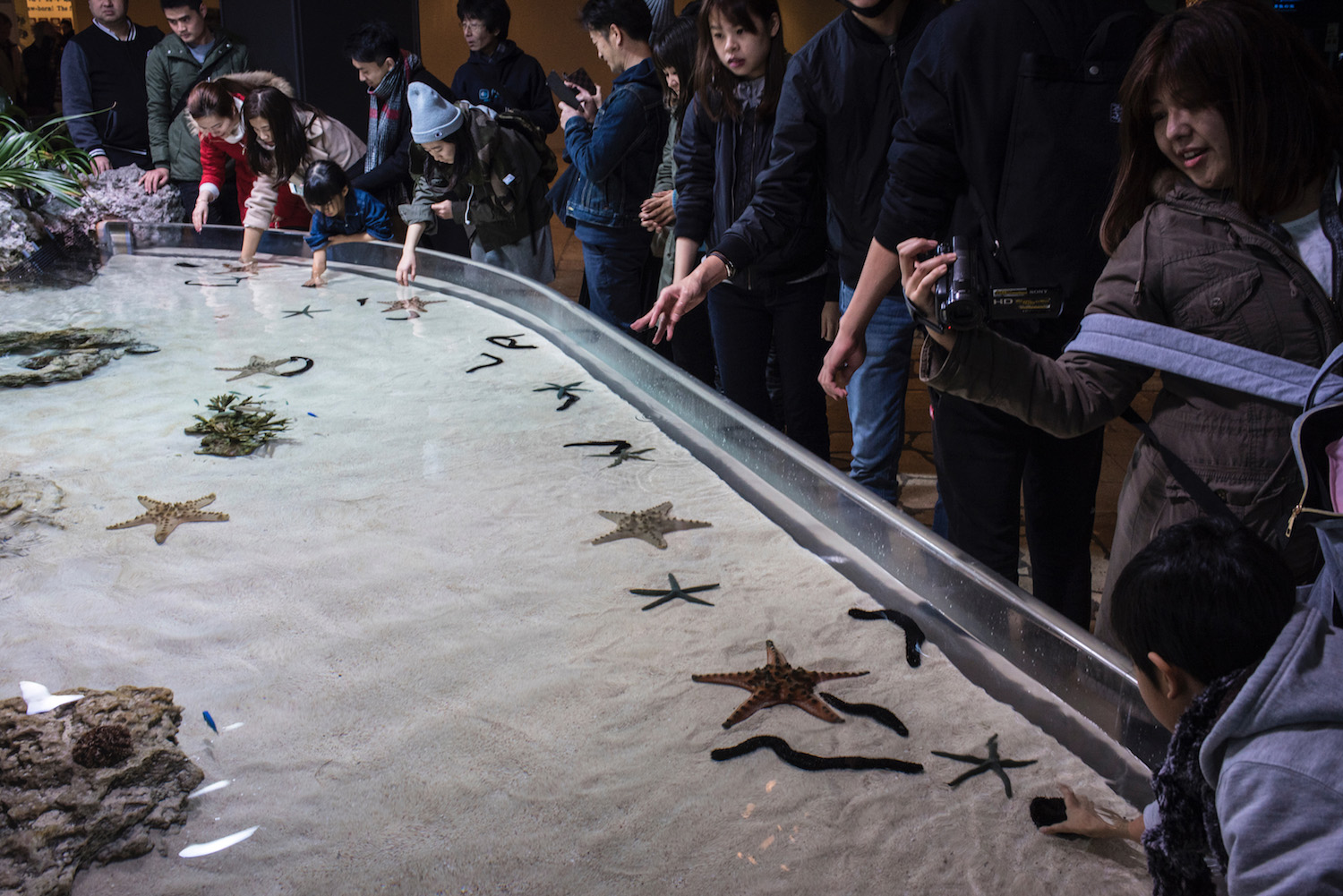 Named for the nearby river (and Tokyo’s lifeblood), Sumida Aquarium has an impressive collection of fish. But the favorite aquarium resident, at least among kids, tends to be the super-cute penguins you find inside. After exploring the vast undersea world in the displays here, which aim to replicate not only nearby Tokyo Bay but the Izu and Ogasawara island groups, head upstairs and ascend more than 600 meters to the observation deck of Tokyo Sky Tree, Japan’s tallest man-made structure.

HOW TO GET THERE: Ride the Tokyo Subway to Tokyo Sky Tree station. Alternatively, travel by underground to Asakusa station, then walk through the popular (and kid-friendly!) historical district and over the Sumida River to the aquarium. 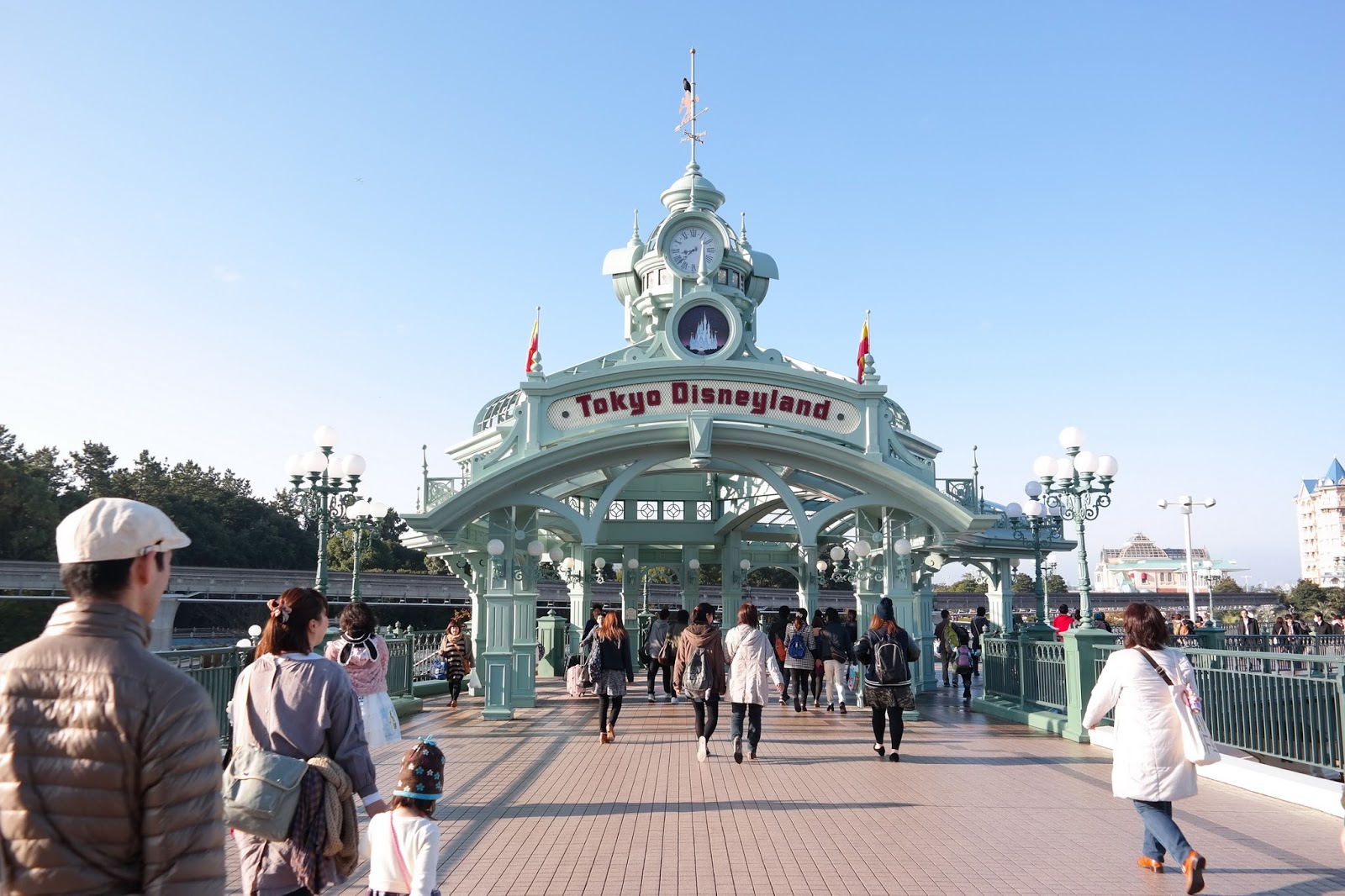 Everything is more fun in Japan, and Disney is no exception. Divided into seven themed areas featuring shows, rides for kids of all ages and more Disney characters than your kids will be able to take selfies with, Tokyo Disneyland operates with high standards of cleanliness and quality, and manages to feel relatively calm and orderly in spite of how crowded it can get. The park is also home to a Disney Resort property, which makes it perfect for a multi-day stay, especially if your kids and young and love Disney.

HOW TO GET THERE: Ride the Keiyo Line (not to be confused with the above Keio Line) directly from Tokyo Station to Maihama Station. The pedestrian heart of vibrant Harajuku district, Takeshita Street was famous during the early 2000s for its wild street fashion, which became the subject of a song by Gwen Stefani during her short-lived solo career. Indeed, today’s Takeshita Street is less of a runway for Tokyo’s “Gothic Lolita” crowd and more of a playground for the young and young at heart. In particularly, the beautiful cotton candy you find at Totti Candy Factory is a kid-pleaser!

HOW TO GET THERE: Ride the JR Yamanote Line (which is free for JR pass holders) to Harajuku Station. 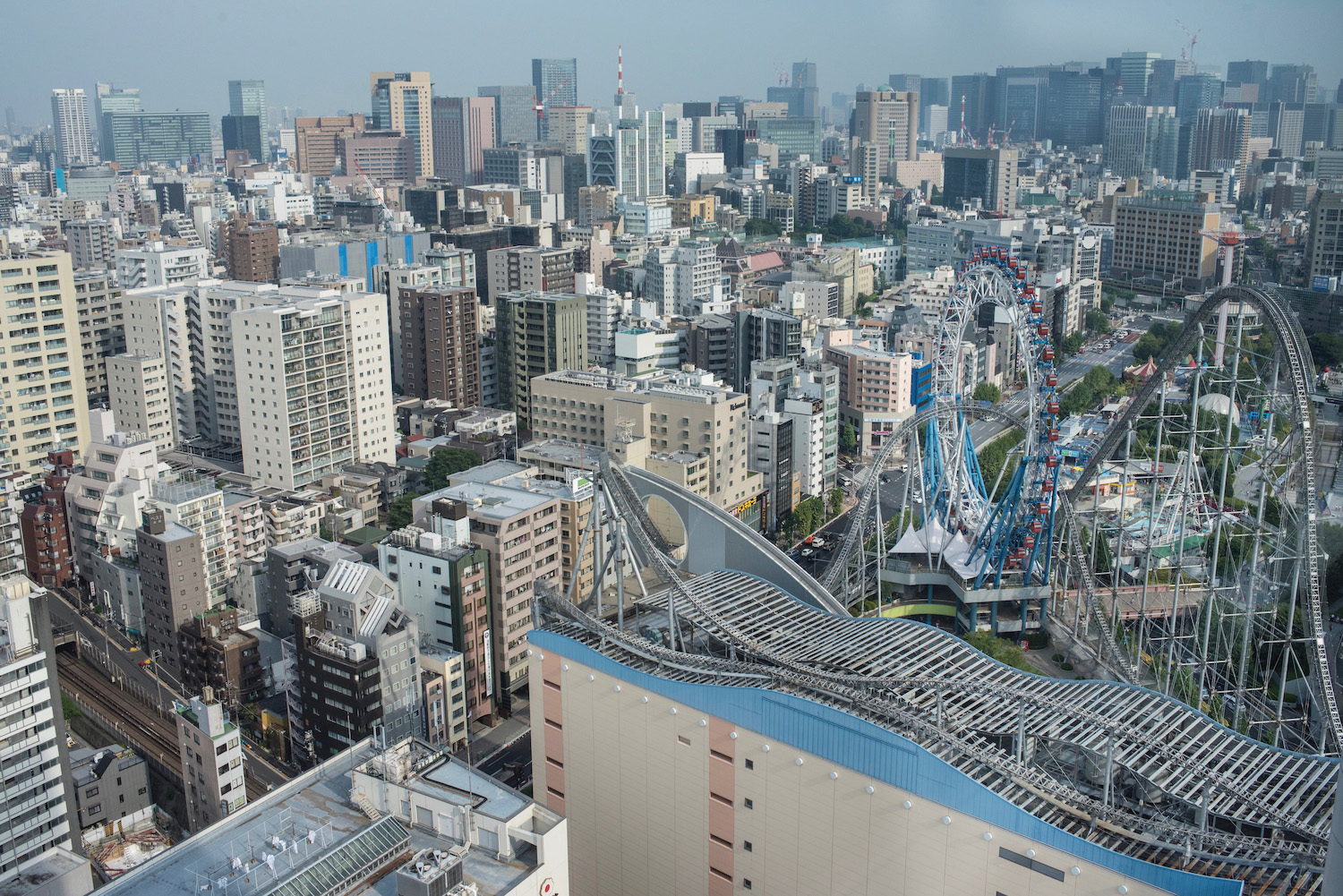 If you’ve got a rollercoaster-loving teenager then Tokyo Dome City’s Thunder Dolphin “hypercoaster,” which speeds between the skyscrapers of the Bunkyo district at speeds of up to 130/km hour, is for your family. Younger kids can also get in on the fun, whether they ride the Big O ferris wheel or the Sky Flower gondola ride. Tokyo Dome City sits near the Tokyo Dome (where sumo matches, among other spectacles, take place) and Korakuen, one of the city’s most beautiful Japanese gardens.

HOW TO GET THERE: Ride the Tokyo Subway to Korakuen or Suidobashi Stations. 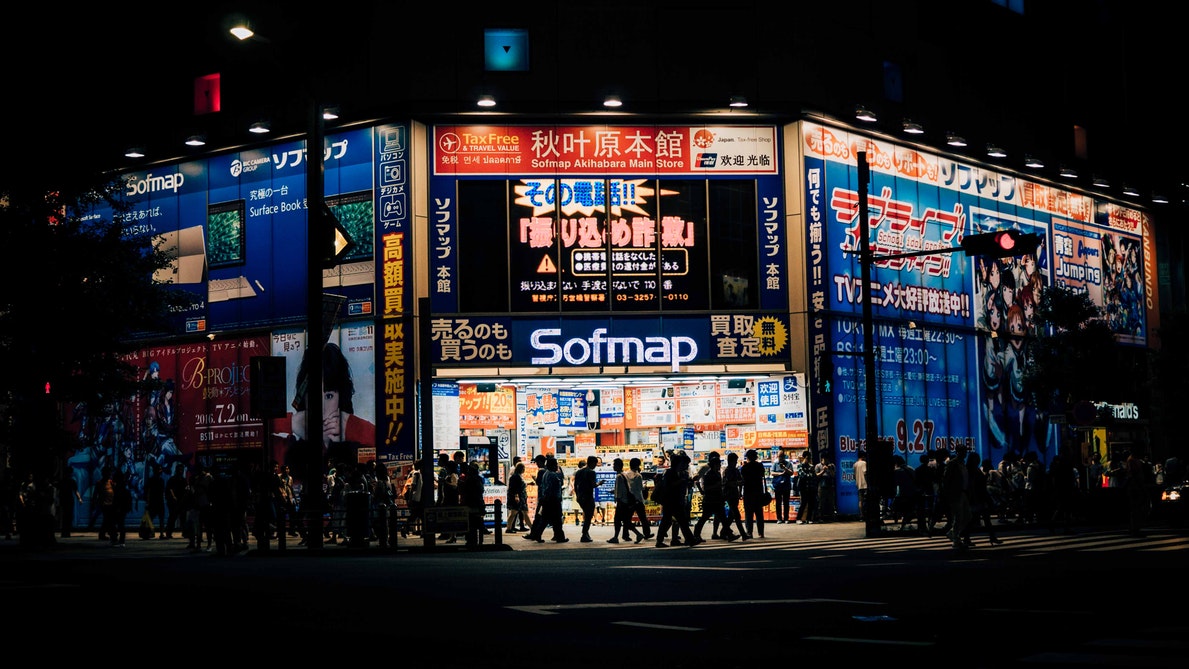 With shops devoted to manga characters and arcades filled with the exciting video games of your own youth (among others) Akihabara is theoretically friendly for kids of all ages. However, you should keep certain things in mind when setting your own age limit. First of all, Akihabara (which is often referred to as “Electric Town”) only really comes alive at night time, so if your child has an early bed time, this may disqualify it. Likewise, while the “maid” cafés and other female imagery found in Akihabara is usually more kawaii (cute) than sexual,  it might still be inappropriate for very young kids.

HOW TO GET THERE: Ride the Tokyo Subway (or any local JR Line) to Akihabara Station.

Tokyo might be a relatively new city by Japanese standards, but kids of any age can feel its magic. Take younger children to Tokyo Disneyland or Sumida Aquarium, or allow older kids to discover the out-of-this-world arcades in Akihabara and the wild rides at Tokyo Dome City. Tokyo is the world’s ultimate playground, so no matter what interests your children, one truth rises as high as the Tokyo Sky Tree: The time they spend here will stay with them the rest of their lives.

Planning a visit to Japan? This 2 week Japan itinerary should help!

Concerned about how expensive it is to travel in Japan? Read this post about what things cost in Japan.

I hope you enjoyed this round up of the best things to do in Tokyo with kids in tow. Thanks to Robert for sharing his city with us! 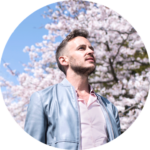 Robert Schrader is the Japan fanatic behind the just-launched Japan Starts Here, which celebrates all the trips that kids of any age (he’s currently 33) can take to Japan. Read through the dozens of articles on the site, or follow Robert’s Japan journey via Facebook, Instagram or Twitter—he’s @japanstartshere on all three.

Expat in SA: Verena from Austria