In the depths of winter not much convinces me to leave the house…. but an invite to watch a performance of Kinky Boots at the Fugard Theatre certainly did!

I hadn’t heard much about this musical except from one friend who had seen it in London and said it was not to be missed…. 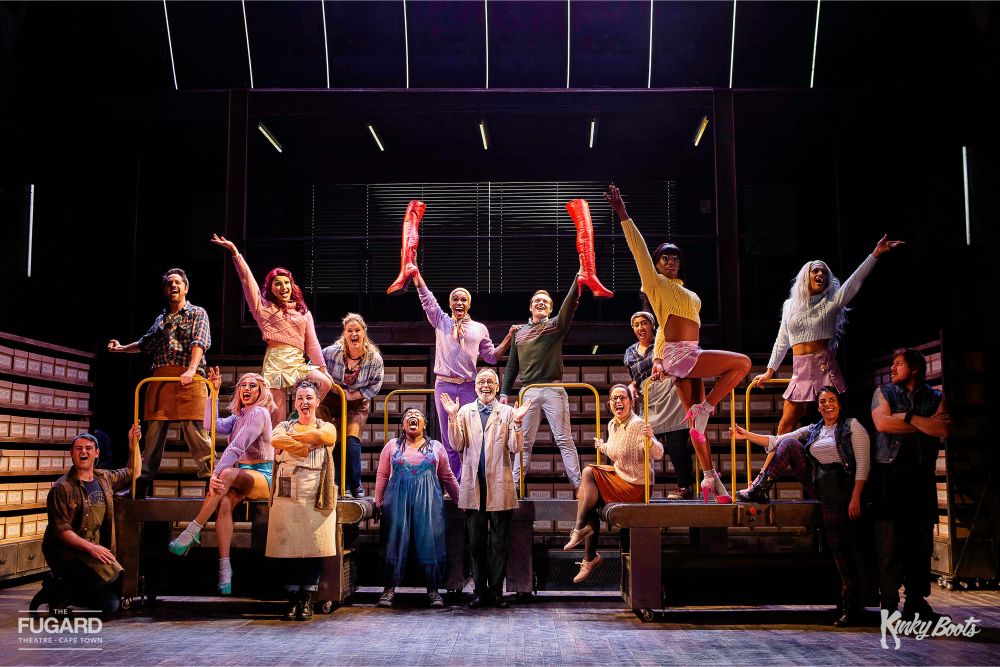 Inspired by true events, Kinky Boots was first brought to life on the big screen in 2005 before being transformed into a hit musical. Featuring a Tony-winning score by Cyndi Lauper the production has also won six Tony Awards for Best Musical and Best Choreography as well as the Laurence Olivier Award for Best New Musical.

Kinky Boots has played to sold out houses on Broadway and in the West End since 2013 and is a must see for all musical theatre fans.

The story follows Charlie Price who has reluctantly inherited his father’s shoe factory, Price & Son, on the verge of bankruptcy. 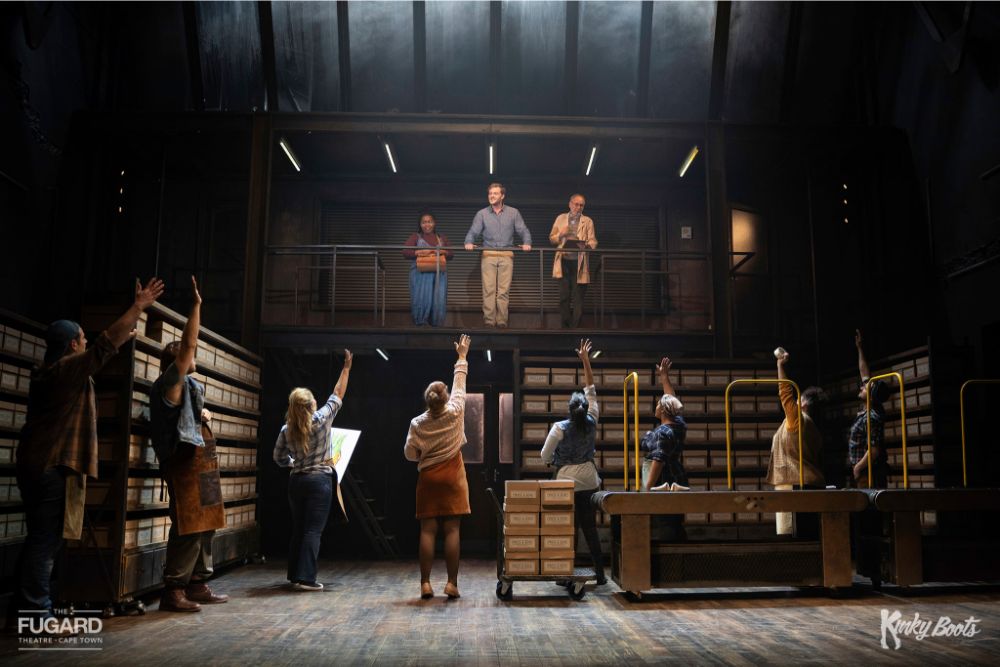 Trying to live up to his father’s legacy and save his family business, Charlie finds inspiration in the form of Lola, a fabulous entertainer in need of some sturdy stilettos. As they work to turn the factory around, this unlikely pair find that they have more in common than they ever dreamed possible, and discover that when you change your mind about someone, you can change your whole world. The Fugard Theatre’s Kinky Boots is brought to you by the same creative team behind the Fugard Theatre productions of The Rocky Horror Show, Cabaret, Funny Girl and West Side Story. Direction is by Matthew Wild, Musical Direction by Charl-Johan Lingenfelder and Choreography by Louisa Talbot. Costume design is by Birrie Le Roux, Set Design by Paul Wills and Lighting Design by Tim Mitchell. Sound Design is by Mark Malherbe. 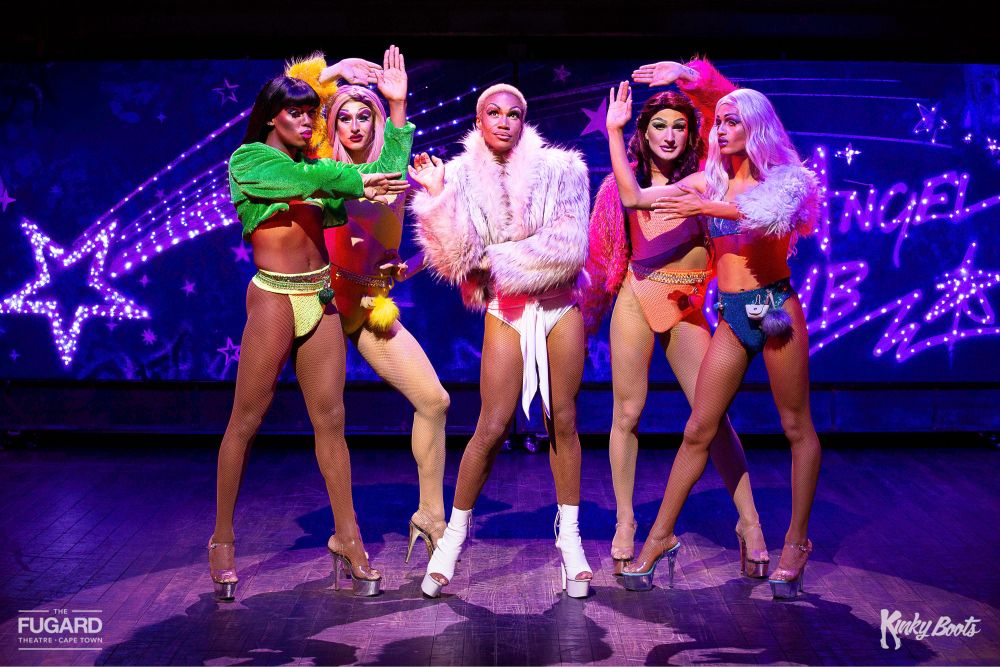 The whole production is world class with incredible sets, costumes and performances. I was blown away by the incredible voices and acting displayed by the two lead actors. The production is full of fun and takes you on an incredible, emotional journey. The story is on that is uplifting and enlightening. It’s an energetic performance that leaves you tapping and clapping along before floating out the theatre with a swing in your step, excited about all South African theatre has to offer! 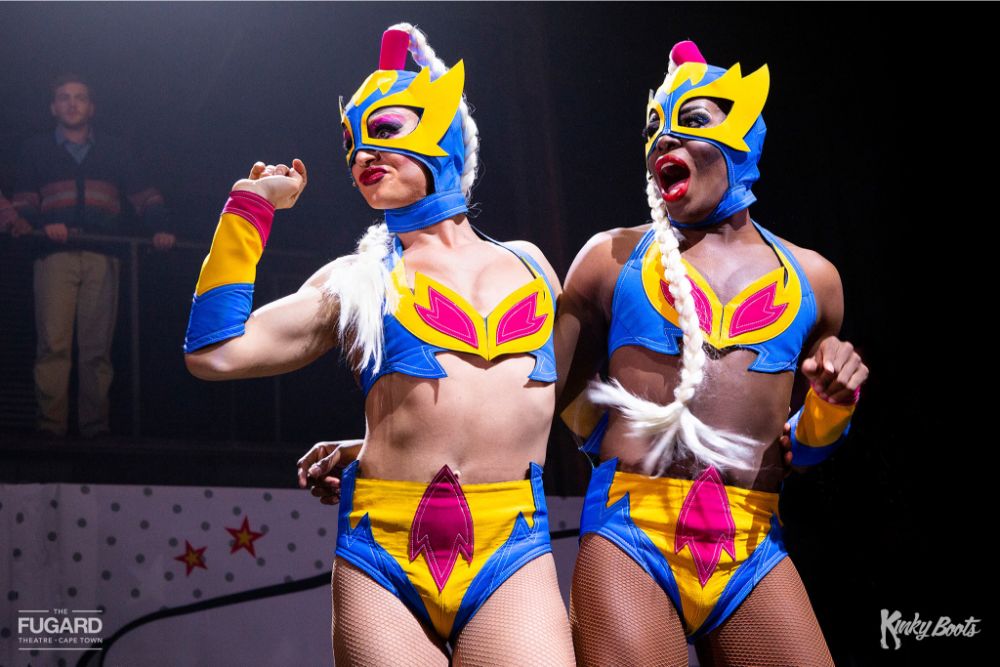 “Kinky Boots has it all – a beautiful story of hope, inspiration and friendship, combined with fabulous music, glittering costumes, breathtaking choreography and plenty of heart.” – Daniel Galloway, Managing Director of the Fugard Theatre. 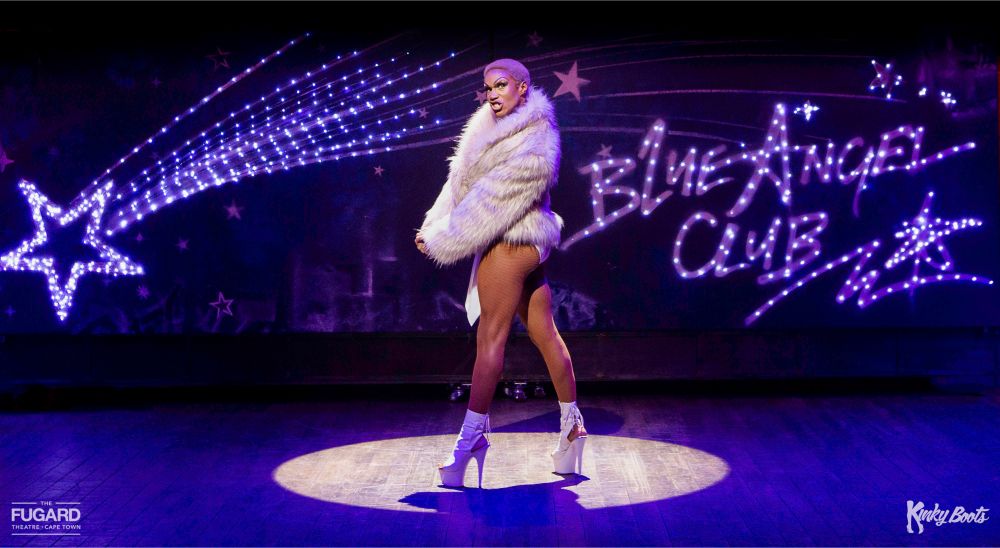 Kinky Boots is a pleasure to watch – musical theatre at its best. This production is bound to leave you feeling uplifted, with a kick in your boots – an upper in every way. – The Cape Robyn, Robyn Cohen

A fast-paced, stiletto-strutting campy romp with a whole lot of heart at its core and a sweet message at the forefront – Bizcommunity

Without a doubt, this show is the most dynamic stage performance I have seen this year. – Cape Town Insider

Everything, from the costumes, the choreography, the lighting, the set, and of course the performances, is faultless. – Daily Maverick

Kinky Boots at The Fugard is a great big “WOW! … it’s phenomenal. – Eat.Play.Drink 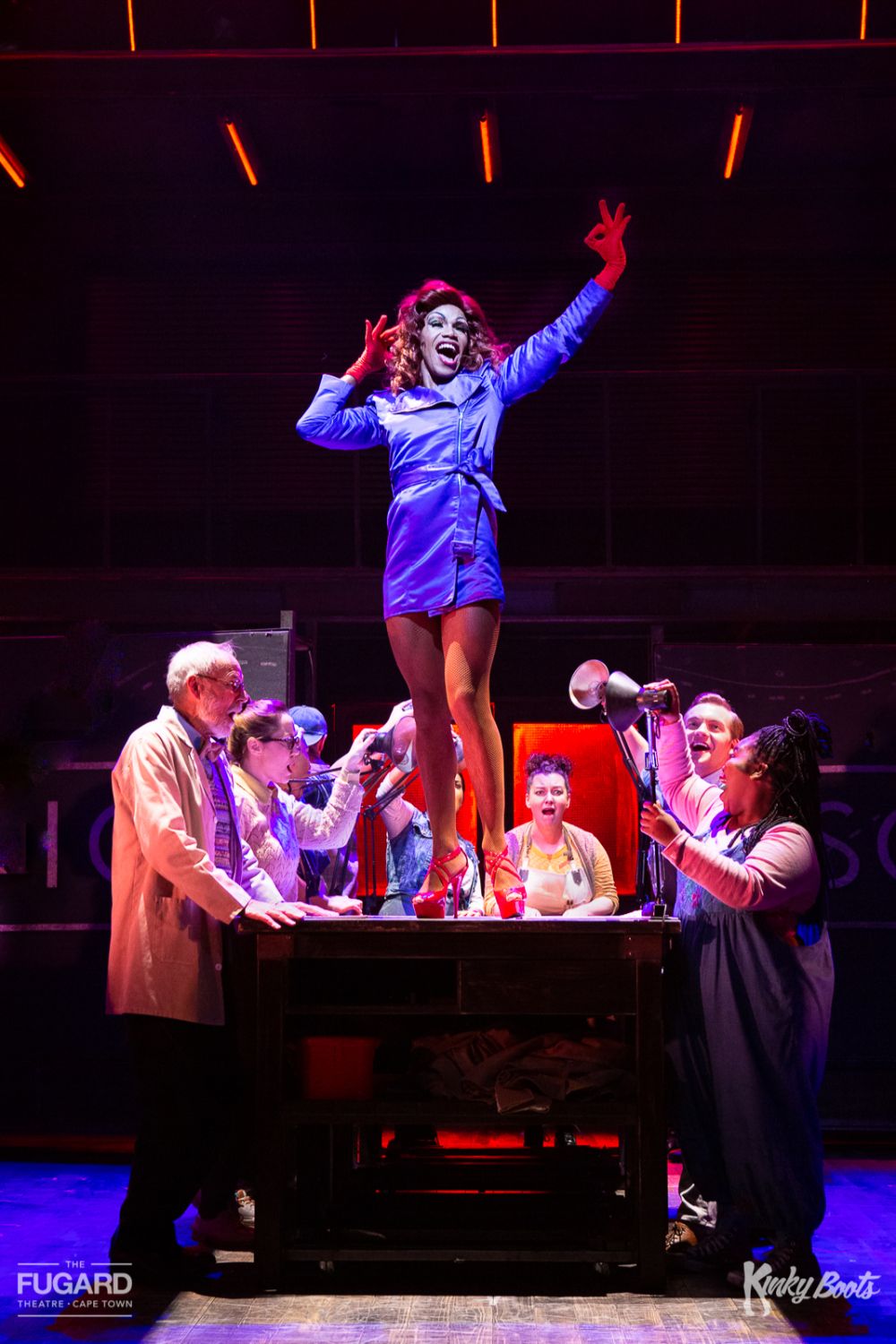 The Fugard is fast becoming one of my favourite date destinations with my husband, but it is equally lovely heading here with a girl friend for an entertaining night out.

Visit the cosy ground-floor bar before the show for a glass of wine and linger longer after the show for a drink and a snack. The Fugard even has a rooftop bar which I’ve yet to experience but hope to soon.

Beat the rush and pre-order refreshments and merchandise via www.thefugard.com

There is secure parking available for a small fee directly opposite the Fugard Theatre in Harrington Square.

Kinky Boots will be performed at the Fugard Theatre on Tuesdays to Saturdays at 8pm with a matinee performance on Saturdays and Sundays at 3pm.

Please note: Kinky Boots has a recommended age restriction of 10 years and older with parental supervision.

Top 3 tips for when life gets overwhelming

Top 10: Things to do in Cape Town in Winter