Her topic was her own choice but is something I too have been thinking a lot about recently… Have a read about her take on The Sugar Wars!

There is a war going on in our house. It all centres on a sweet substance that most of us like nibbling on when we need extra energy or want to reward ourselves with a little treat. It’s the same substance that was considered such a luxury in Shakespeare’s time that it was desirable to be seen as having black teeth. You know what I’m talking about? You guessed it – it’s the “s” word.

It all began last year when my husband Gavin decided to cut sugar out of his coffee and tea. In the mangled words of Armstrong: “A small step for mankind, but a giant leap for Gavin.” You see, my husband has always maintained that tea and coffee tastes better with sugar (just one spoonful, mind you). And he is a very self-controlled person. It’s not often that you’ll catch him dunking a Choc-kit in his mug of tea.

As for me, I have a proverbial sweet tooth, a tooth that occasionally screams out for me to satisfy its cravings (especially when it’s that time of the month). I also consider myself fairly restrained, but this is coming from someone who used to regularly polish off a whole slab of chocolate while marking children’s books on a Saturday morning. (How else do you tempt yourself to mark on the weekend?) Needless to say, there’s some disagreement in our house as to how much is enough when it comes to sugar.

Thankfully, we are fairly evenly divided down the middle. Samuel, my eldest son, is firmly of the view that too much sugar is never a bad thing. (He’s on my side.) Matthew, my youngest, has a palate for healthier food and would far rather munch broccoli and strawberries – in fact, any kind of fruit – than gorge himself on cake and sweets. He often leaves his dessert unfinished. (You can guess which side he’s on.)

So how will we ever reach consensus? What for me is an occasional treat seems to Gavin like overindulgence. I’m sure he’d be thrilled if I baked my own sugar-free bread (did you know that they put sugar in bread?) and made oat-and-raisin cookies instead of store-bought biscuits, but we both know that isn’t going to happen anytime soon.
Now, I am not a big Noakes fan (our family being big carb consumers), but I do agree with him on this: most South Africans are addicted to sugar. And the evidence supports this view. About 6% of South Africans suffer from diabetes, according to the Centre for Diabetes and Endocrinology in Johannesburg, with thousands of people remaining undiagnosed. Clearly we are eating too much sweet stuff and we are starting to pay the price. 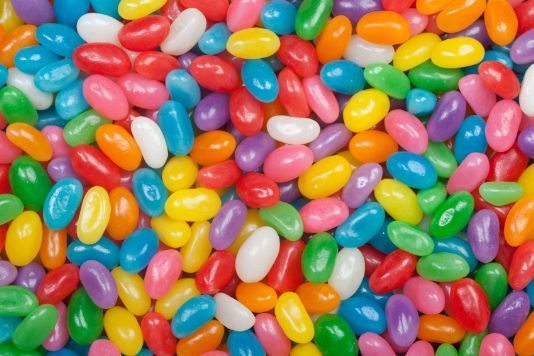 Consider this: Why is there so much sugar in cereal, for instance? Or children’s yoghurts? And should we really give our children “neat” fruit juice? Surely it’s better (and cheaper) to dilute it instead. You should listen to the gentle persuasion my husband enlists to try to get the boys to drink water with their supper instead of juice. “Water is so refreshing, so clean and simple – it’s goes perfectly with food,” but so far they’re still objecting.

Perhaps I am an incurable sugar addict. I’m sure I’ll always want a bite of chocolate in the morning. But there’s hope for me. I’ve cut down on sweet treats in the afternoon in favour of fruit and I really am trying to be a good role model to my children – we often combine fruit with ice cream for dessert. I will keep trying to convince Samuel that there are wonderful tastes that he is missing out on – like tomatoes, courgettes, cauliflower and kiwi – and I’ll try to steer us both (the sugar supporters) onto the straight and narrow.

But let’s face it – children need some sugar. (Dieticians will back me up here.) And anything in moderation is not bad. I love the way my children hand over their party packs to me straight away, knowing that I will dole out the treats over several weeks rather than let them eat them all in one sitting. As parents, we do need to keep a sense of perspective. What would a birthday party be without a generous serving of cake? (Incidentally, I went to a children’s party last week where there was no cake and was greatly disappointed – not a single cupcake in sight.)

Recently I interviewed Professor Vicki Lambert of UCT about the Healthy Active Kids SA report she co-authored. According to her, our kids get a D score for their sub-optimal levels of exercise and healthy eating. She says Mzansi’s children eat too much junk food and are exposed to too much screen time, and should instead be climbing trees and playing outdoors. ‘We need to reclaim our neighbourhoods and bring back the days of riding bikes and playing cricket in the streets,’ she says. Phew! On that point at least, my husband and I agree.

As a added point to Katherine’s article I recently watched a trailer for an upcoming food documentary called Fed Up which looks set to make for fascinating viewing, quite a few interesting discussions and a whole lot of changes in our household when it comes to “The Sugar Wars”!!

WOW – makes you think, doesn’t it. And that’s only the trailer!!

What are you thoughts on this issue? Do you agree sugar is a problem in our society? What are you doing, if anything, to wean your kids (and yourself) off your addiction??

I’d love to hear from you, and so would Katherine, so please leave us a comment below… 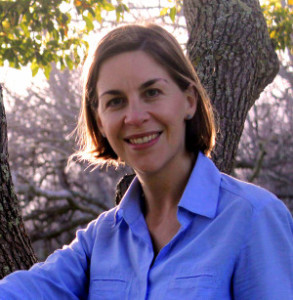 A wordsmith by profession, Katherine fills her days writing articles for magazines and looking after her two boys, husband and ginger cat. She treasures her walks alone in the evenings, reading a good book on the couch over a cup of tea and catching up with friends. To read more of her musings, visit her blog on wordburst.wordpress.com.