Recently I was invited to the annual O Tea Party hosted by O, The Oprah Magazine. This year the Cape Town event took place among the vineyards of the Groot Constantia Wine Estate – at Simons restaurant.

Before the event started I knew to expect a fun and fanciful afternoon when I read on the the invitation to wear a hat. Besides sun hats for the beach I have never been one to wear hats as I find them far too flamboyant but I wasn’t about to be the only guest without one so managed to borrow one at the last minute to complement my black and white outfit (my blog colours of course!) And I’m so glad I did – when I arrived I found that all the guests had followed the dress code and were wearing hats of various hues (and sizes too!) 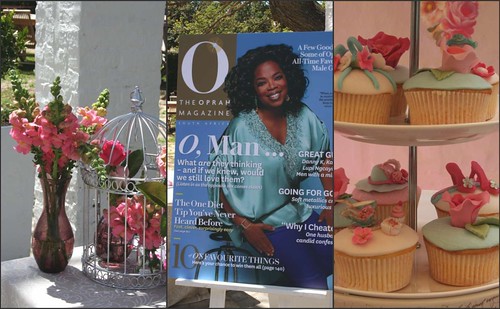 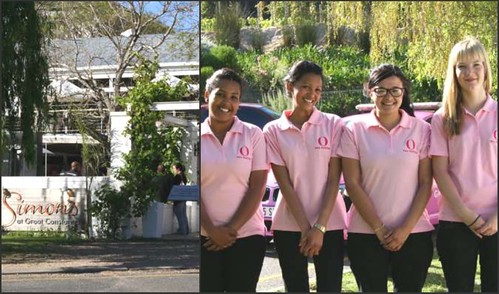 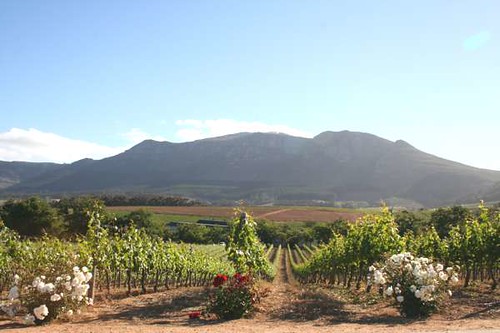 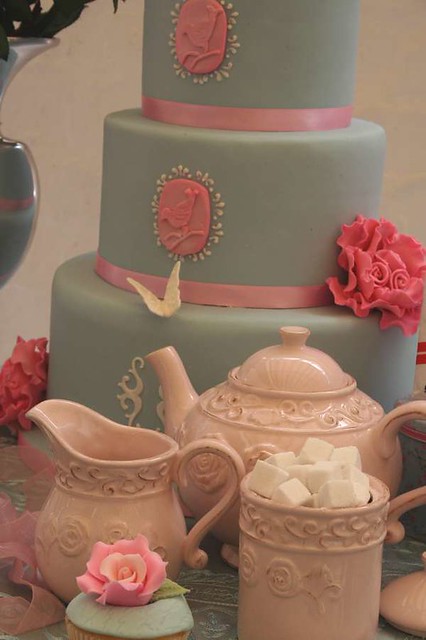 The free cocktail bar was my first port of call as it was for most of the lovely ladies – and fortunately no one was watching the clock to notice that it was barely noon…. I then headed over to the Pamper Zone where I was spoilt for choice as to which stand to try first. I settled on the nail booth by Sally Hansen and opted for bright red – quite a bold choice for me as I usually stick to neutrals but as I was wearing black and white I thought it might look good and apparently red is one of the colours for summer. The mini manicure and hand massage was lovely, and it lasted MUCH longer than any nail polish I’ve ever tried before! 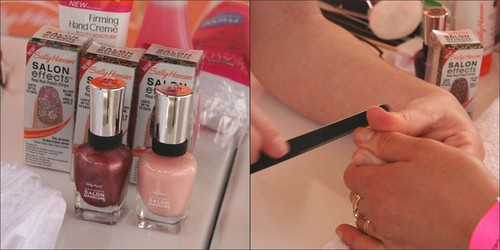 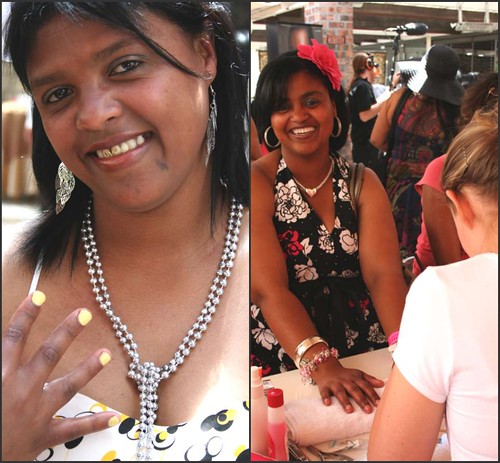 I then headed over to the Levi’s stand where they measured my “Curve ID” and gave me a discount voucher. Apparently I’m a Demi-Curve, useful to know when next I’m buying jeans 😉 After this I popped over to the Elizabeth Arden stand and after a short wait had my skin analysed in a dark booth where they used UV light to tell me what problems were lying beneath… so to speak. Fortunately it wasn’t too frightening, I’m must just be more aware of applying sun lotion EVERY day to avoid some of the pigmentation making an appearance and they also recommended which products might help. Then it was time for have a retouch on my make up and again I opted for bright red – hoping to hark back to the glamourous Hollywood sirens such as Marilyn, Grace et al. Well the make-up artist did a good job of making me feel like a star and the next day I headed to the nearest Elizabeth Arden counter and bought me some “Rouge”, now I just have to feel brave enough to pull it off on the street… 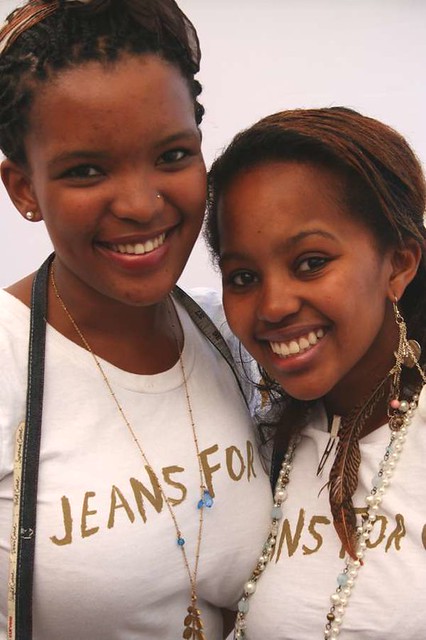 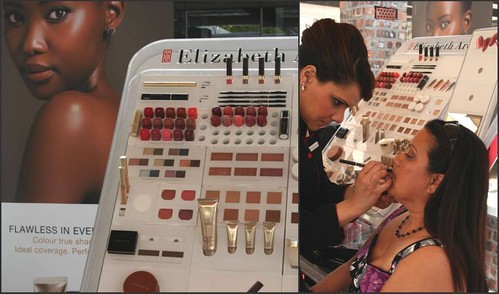 After all this pampering I was feeling seriously relaxed but the doors opened for the buffet high tea and there was no way I was staying in my seat. The tables laden with all sorts of savoury and sweet yummies beckoned. I stuck to savoury first and then went back for a few macaroons too – I couldn’t resist! During the tea the O magazine editor, Samantha Page, introduced herself and welcomed all the ladies (and a few gents!) and then the lucky draw began. Prize after prize was handed out to some lucky ladies and then handed over to the main sponsor – 1st for Women – who proceeded to hand out 2 lovely Polo bags to the wearers of the best hats. 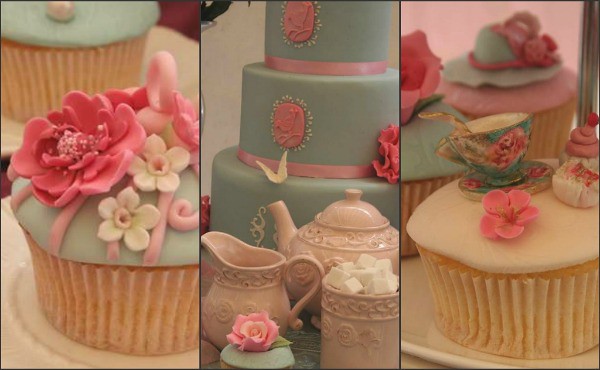 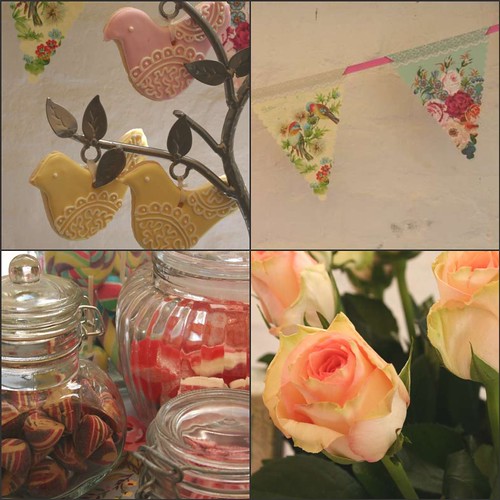 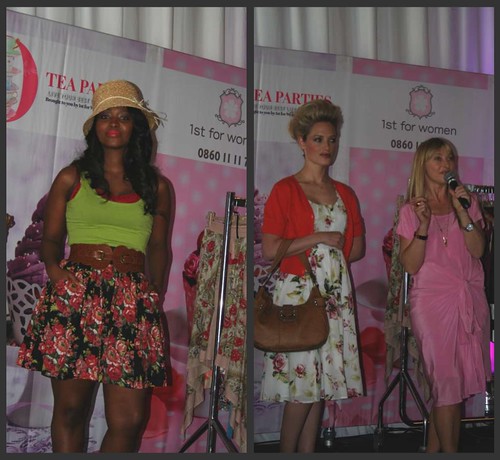 During the remainder of the afternoon we were shown some of the latest fashions available in Edgars by a bevy of beautiful models and then the live entertainment started – Lloyd Cele brought the crowd to their dancing feet and kept them there during his vibrant performance. He even hosted a “dance off” with 4 willing participants to win a copy of his new CD! Brave girls… And then the surprise of the afternoon – the roof of Simons almost blew off when Loyiso arrived on stage with Lloyd to perform a duet. Now I’m not too current in my music tastes and ashamed to admit I don’t know too much about these performers but I can say after this live performance they were truly world class and even I was up on my feet. South Africans can be proud to know we are producing some very fine, talented singers. I look forward to seeing their careers take flight. 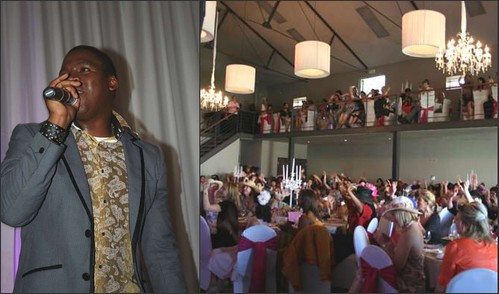 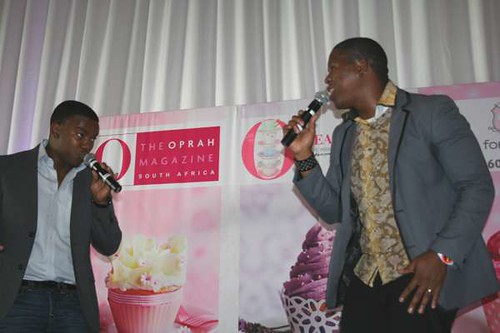 Once the atmosphere had returned to a level of calm there were more prizes to be handed out and then I took the opportunity to slip out and get a front row seat in the queue for the foot massages by Mangwanani African Day Spa – my feet were taking strain in the high heels that usually only make an appearance once a year. What a treat! I would have fallen asleep right there if I could have…. And then it was time to head home but not before I collected 2 enormous goodie bags full of free samples from the sponsors including biscuits, rice, tea, chocolate, toiletries, Elizabeth Arden make up, Sally Hansen nail polish, earrings from Miglio, an O magazine plus 3 month subscription, a beautiful journal perfect for jotting down my blogging inspiration from 1st for Women. I was truly spoilt! 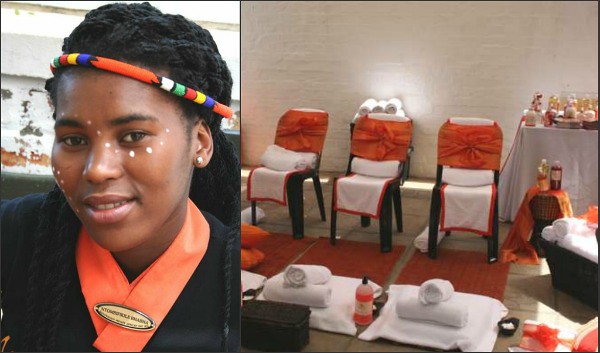 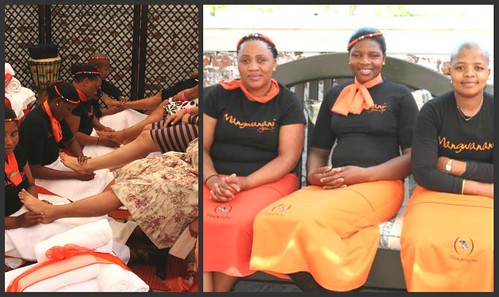 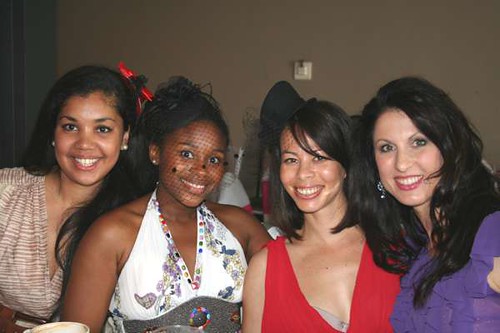 I thoroughly enjoyed the afternoon especially the personal pampering – it was heavenly as the mom of 2 small kids to have that time to myself. I felt like a bunking school girl sitting in beautiful surroundings with delicious food and live entertainment all on a mid week afternoon…. It was AMAZING! And the biggest highlight for me – meeting and chatting to the incredible Jane Raphaely – she has been a long time icon of mine as a huge magazine fan and I was really honoured to spend a few minutes in her company. She is remarkable.

Thank you so much to O magazine for the invitation and to all the sponsors for making the O Tea Party such a successful event and I really enjoyed meeting some wonderful new friends too – it is definitely an event I wouldn’t want to miss next year. Make sure you diarise it and remember to book fast as tickets sell out within minutes!

The butterfly has emerged...