Emigrating is a question on the minds of many and currently a topic of conversation everywhere I go! Do we stay or do we go???

We know all the reasons to go – crime, violence, economy, education, politics (etc etc etc). The future is uncertain for this beloved country.

An interview series with South Africans who’ve emigrated across the world. What is it REALLY like?? I want to know the good, the bad, the ugly. I don’t want the sugar-coated “fake news” story. I want The Honest Expat to tell me like it is!

The idea behind this new series on my website is to gain better insight into the realities of emigrating for South Africans from those who’ve gone before -it’s for me, but mostly it’s for my readers, those who’ve been having this merry-go-round conversation too. I’m not interested in featuring people who only share one side of the story – nothing is all roses, all the time. I want the truth and nothing but the truth!

I was born in Durban but lived longer in Pretoria, and various other places, including the UK

Where and when did you emigrate?

There were both push and pull factors that influenced our decision. Push was Zuma, pull was my work in international development.

About two and a half years. We spoke to loads of friends and family – those who had decided not to leave, those who had and those who were thinking about leaving. We also visited the USA and Canada, to explore options and see if there was enough of a support network, cultural fit and of course, work! We spoke to an immigration lawyer in Canada who had supported friends of ours and got as much financial and other information as we could. The UK was where I was offered a job, was an overnight flight to SA (in case of family emergencies), in a similar time zone, where I have loads of friends and my godchildren. I had also worked and studied in the UK twice previously, so it would be an easy adjustment for me. The existing social network would help to ease the transition for my partner and daughter too.

How complicated was the application process to emigrate and how long did it take? Did it require certain qualifications/ documentation/ finances etc?

I was very fortunate in that my employer processed the visa application. We had to complete the online application form, pay the NHS fee (£200 per year, per person, for a 3-year visa – something we hadn’t known about before starting the process!) and go for TB tests. Of course, we also needed proof of employment.

The first year was unbelievably tough. I was the sole breadwinner, travelling back to South Africa every few weeks for work which meant that I didn’t have the chance to fully settle in here – to a routine, social network etc. (but which had the advantage of letting me see my son, other family and friends) and being the organiser and networker in the family, I had to arrange everything. On the positive side, after 4-6 weeks of adjusting to a more rigorous and analytical educational system, my daughter made friends at school, she clicked with my godchildren who became her social anchors and we have the most amazing friends who helped us to navigate life in the UK. We would not have eased into UK life as quickly if it wasn’t for them.

Safety – especially for my daughter. She can walk or take public transport to most places. Cambridge is an amazing city with great history and beauty, and close enough to London for bigger experiences when needed. I also love being in a city where smart is normal – it forces you to play your A game and is a great environment to raise a child in. My daughter is doing 4 languages at school and we’ve discovered that she’s great at languages – we would not have known that in SA. There is also so much more for her to explore in herself – drama over holidays and climate activism for example. Being here has given her a global perspective and made the world her oyster. The UK is close to Europe and has offered us more travel opportunities. 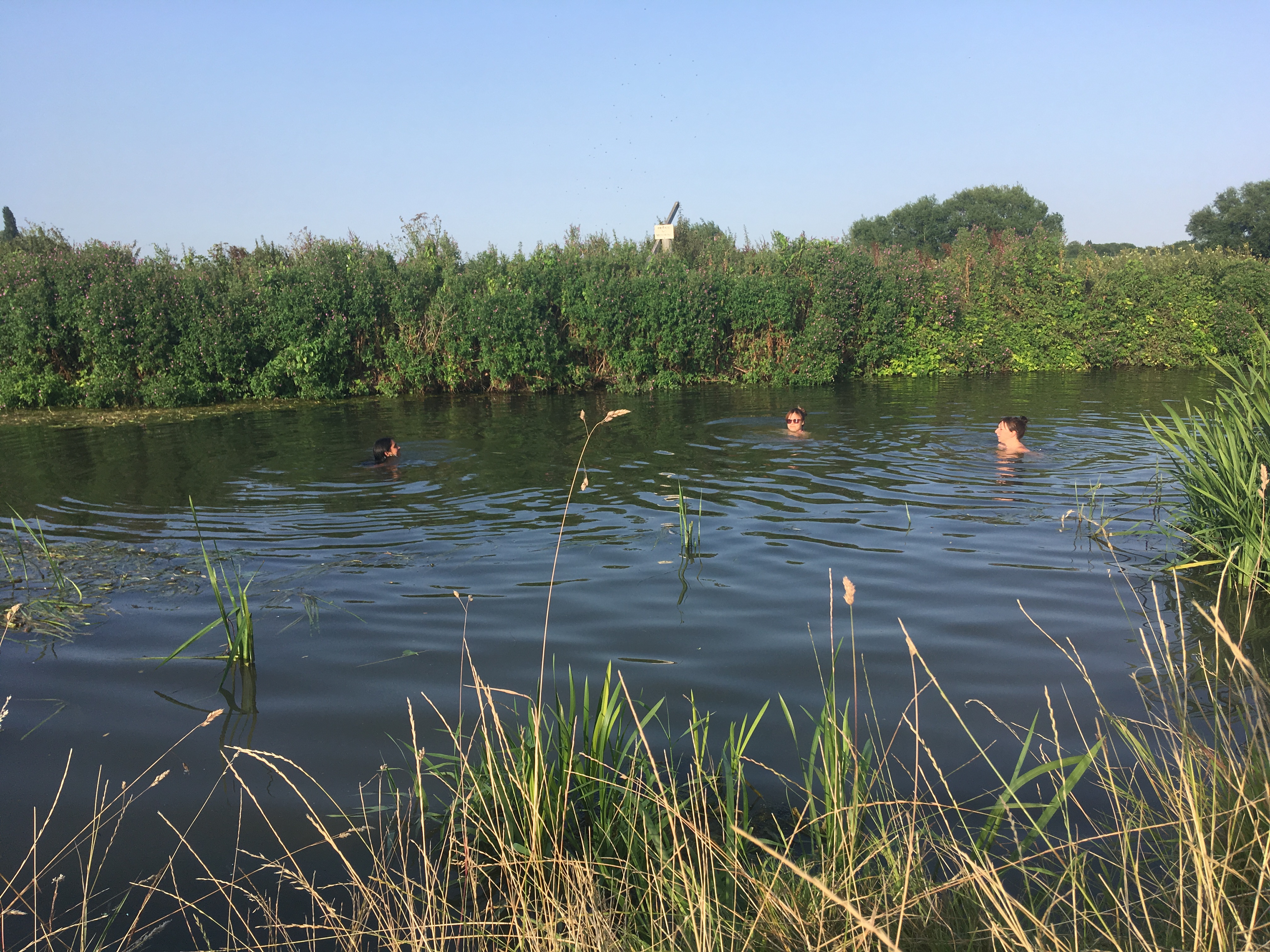 What have you found hard about your new home – for you and your children?

Without a doubt, missing family and friends have been the hardest, especially for my husband and daughter who don’t return as often as I do. It takes a long time to build deep friendships, so leaving them behind is difficult to cope with. Special occasions, like weddings, are particularly hard to miss. The older one gets, the more challenging it is to make new friends. We were very fortunate to have great British and South Africa friends here before we moved. Financially it is also challenging in two ways – firstly, the big initial loss with exchange rates, retirement annuities etc. and secondly, with starting over and adjusting to smaller houses, gardens, the cost of services etc. Both mean dipping into your savings and reducing your retirement options.

What have you NOT missed about South Africa – for you and your children?

The crime, especially the violent crime. Also, road rage, drunk driving and all the other causes of the high road death toll in South Africa. Here the regulations are enforced; enforcement is where we are challenged in SA. My daughter doesn’t miss the education system she says (and she was in a good private school in SA); she says you learn things earlier here than in SA, and she enjoys that.

What have you missed about South Africa – for you and your children?

The people – friends, family and the South African way – our languages, accents, way of being. We are generally a more relaxed and social bunch in our day-to-day lives than people are in the UK. I also miss the fabulous holidays we could have – so many options in terms of beaches and mountains, all with great weather! While the British weather is not as bad as it is made out to be, we did just cancel a week’s holiday in Wales because it was predicted to be grey and wet the whole time!

Since I was a child, I knew that I would be a traveller. I work in international development, so I have travelled extensively since I started working, and in terms of my career progression, I expected to be working at a global organisation at this stage in my career. So yes, I would do it again, but I would definitely have done it earlier – it is easier to make big life changes when you’re younger. I love the UK, it has always been a second home to me. The politics of Brexit makes it uncomfortable right now, and I worry about the future becoming more rightwing and less tolerant. Canada was also appealing, and Vancouver is about the most awesome city I’ve visited.

My ideal would be having a foot in each country. I think retirement makes you long for friends and family more, and this has been a theme in my responses. Several things would make me return – among them being quality of life, the political situation in each country and where my children are.

Re-adjusting to the personal safety issue, especially for women and girls.

For everyone:
If you’re thinking of leaving, do it sooner rather than later – it really does become more difficult to adjust as one gets older.

Dedicate time to go through your finances so you know exactly how to manage them. Get accurate costs for the other side – we got a monthly budget from friends who did one and were willing to share it – this allows you to see expenses that you couldn’t predict e.g. council tax. With the exchange rate differences, every little bit counts, and I wish that we had been more frugal on several fronts when we first arrived. For example, we could have spent a lot less when we bought a car.

Register on neighbourhood websites and see what services your area offers such as dances classes, gym etc. It gets you out and about and helps with integration.

For families:
Adjust your mindset and prepare the family to do their own cleaning up, gardening and DIY, unless you’re going to be very flush.

Visit for a recce if possible. We visited the UK twice before the move to check out schools and reconnect the whole family with our friends here. My daughter went to school with my godchildren for a day and that made a big difference in preparing her for what to expect. When she did start school, she met some of the kids from that school again, which helped her feel better.

Make sure that both you and your partner are equally committed to the move, and prepare the kids to understand what it will mean.

We got a private tutor for my daughter a year before we moved for extra maths, science and French lessons. This also helped, although quite unexpectedly, initially English proved to be the most challenging subject since the level of analysis is much higher here! This is despite it having been one of my daughter’s strongest subjects in South Africa.

If you or a friend have an expat story to share please drop me an email via the Contact Form. I’d love to hear from you!