Us South Africans are a scattered lot. Visit every corner of the globe and you’re likely to hear an accent you recognise from “back home” We’ve spread out far and wide in an attempt to find the greener grass… but is it? That’s what the rest of us want to know!

Yes, we hear how AMAZING your new country is whenever you post to Facebook or pop in for a braai on your pilgrimage back home every few years, but what’s it REALLY like. We want the honest truth… Enter The Honest Expat – A new series which is my attempt to get South African expats across the world telling us the whole truth about the expat experience….

Today I’m interview Nicole, a friend of mine from Cape Town who now calls Canada home. She was more than happy to answer my questions as she said she wouldn’t mind debunking the “It’s all so wonderful on the other side” myth. She said she often gets the feeling that her friends and family in SA think her life is simply amazing (Blame social media!!) and that it simply is not true! I’m so grateful for honest expats like Nicole sharing my space with their stories…. Take it away Nicole!

My name is Nicole and I was 21 years old when I emigrated from South Africa to the United States in 2001. My husband, Serge, followed a year later in 2002 after we were married. He was 22 at the time. Our firstborn son, Noah, was born in Tennessee in 2006, and in 2009 the three of us moved to Canada. Our youngest, Micah, was born in Canada 2010. 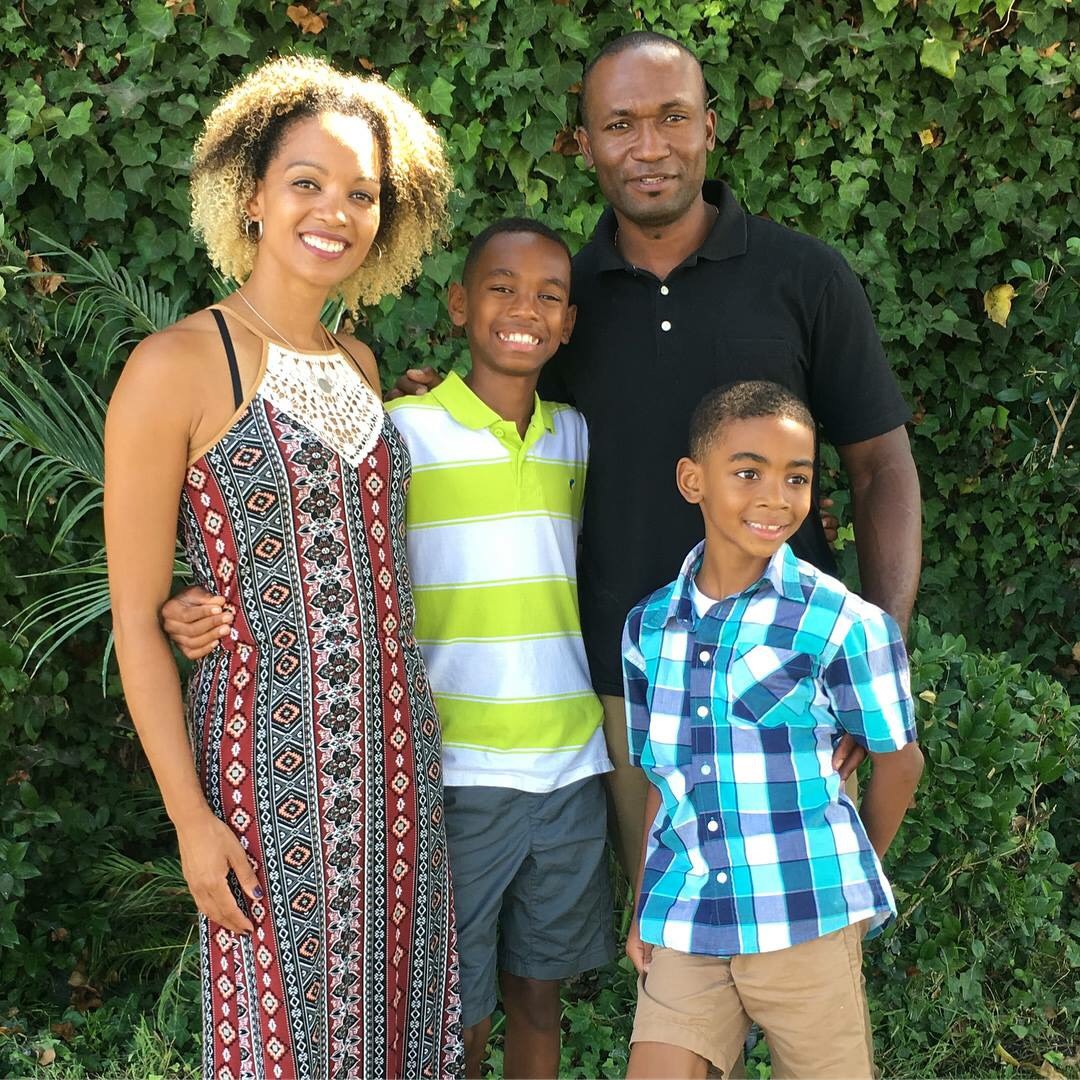 Where are you originally from?
Nicole – born and raised Cape Town, South Africa
Serge – born in the Democratic Republic of Congo and lived in South Africa from age 14 – 22.

Where did you emigrate to?
First to United States for 8 years, and then to Canada for the past 8 years

What was the catalyst/s for your emigration decision?
I received a Basketball scholarship to play and attend University in the US.

How long had you thought through the emigration process?
As a basketball player in South Africa it was always my dream to play in the US. I tried doing it on my own shortly after high school, but it never worked out so I gave up on the dream. Two years later I was playing at a national tournament representing the Western Cape when I was spotted by a scout from the US and he offered to give me the opportunity to play on a scholarship in the US.

How easy/ complicated was the application process to emigrate and how long did it take? Did it require certain qualifications/ documentation/ finances etc?
It was not easy. The paperwork itself was not the hardest part, since it was being guided by the university and the coaching staff who really wanted me to come, it was coming up with the funds that was difficult for me and my family. I came from a very “modest” (Mitchell’s Plain) background and my parents did not have access to large amounts of funds. Even though I was receiving a full scholarship that would pay for everything, for immigration purposes I still had to show that my family or a source in South Africa would be able to support me while I was in university. I was able to receive a promise of sponsorship from a cousin who had a business and was willing to stand as surety and so that made the process possible for me. My family pitched in to raise the money for my ticket to get there.

What was your first year like after emigrating?
It was challenging in every way since I was on my own and still relatively young (21). Maintaining the physical and mental toughness of playing a sport at that level was hard. And then there was the culture shock of living in the Southern US (Tennessee) as it was very different from home. I found I had to change my accent in order for them to understand me and I had to adapt really fast to fit in. Missing family and a very special significant other (my now hubby) was probably the hardest part especially when the holidays rolled around.

What have you loved about your new home – for you and your children? (the positives of emigrating)
The opportunities. Hard work and integrity are highly regarded here, and greatly rewarded in north American society. It is not as overly competitive and cut-throat (although it does exist) as I have often experienced it in South African society. Also, the comforts of access to the basic things in life like clothes, food, good education, etc is much easier. My perspective may be a bit different from some expats because I never came from any kind of privilege in South Africa. My family worked hard for very little and were never afforded much in opportunities. So, to me, these are the things I value most.  In north America I’m able to provide them to my children, whereas I would possibly have struggled to do so in South Africa.

What have you found hard about your new home – for you and your children? (the negatives of emigrating)
The first is my kids growing up without extended family. My kids don’t have the concept of cousins, aunts, uncles, grandparents, etc. the way that my husband and I grew up. We try to visit home for about a month every few years, but it is not enough to provide them with the same sense of family community as you would if you were living in the same country. The second is culture. My husband and I are trying our best to raise our boys with as much from home as we can, but it’s really hard when simple things like entitlement, regard for others, discipline, respect of elders, global perspective, etc. are not valued as much as they are in South Africa.

What have you NOT missed about South Africa – for you and your children? (the positives of emigrating)
I guess that would be the obvious crime and politics. Also, class differences. Although they do exist here in north America, the differences are a lot more subtle. The barriers between the haves and have-nots are less limiting here.

What have you missed about South Africa – for you and your children? (the negatives of emigrating)
The culture. I miss my people. I went from living in a country where I was part of the majority, to now living in a country and society where I am a minority (visibly and culturally). Canadian society is very polite and very calm. My culture in South Africa is loud, opinionated, and obnoxious at times and we laugh…a lot! I find myself longing for that for me, and for my kids. Probably one of the things I selfishly miss the most as a working mother and wife is house help and babysitters! I have to pay a high price to even have someone come in once a week for an hour to just clean my bathrooms. Without family around to babysit it can be very expensive to go out on a date or on a vacation as just the 2 of us. Knowing that my cousins, who are having kids and raising families at the same time as I am, come home from a busy day at work to a clean house, cooked food, or even just folded laundry is a luxury I dream of! 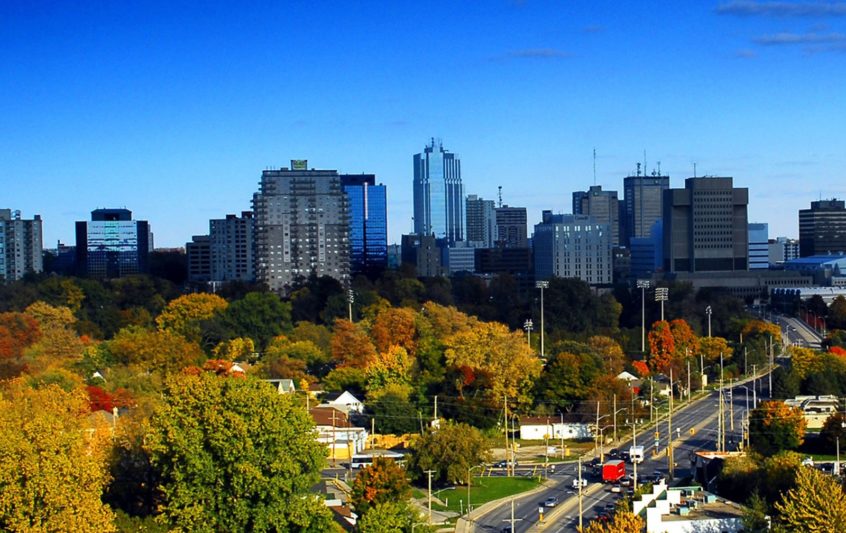 Knowing what you know now – would you emigrate again? To the same place or to a different place?
I would not change this path in any way. We settled on Canada for our family because culturally it is closer to South Africa and carries very similar morals, values, and world perspectives, compared to Tennessee where we were previously. Living in the US was a wonderful experience for my husband and I, but we are very happy with our choice to settle in Canada.

If you could, would you return to South Africa? What would make you consider returning to South Africa?
This is a question we ask ourselves with every visit home. We really miss home and would move back in a heartbeat under the ideal circumstances. The only way I think we would move back home is if we could be guaranteed to provide our boys with the standard of living we currently have in Canada.

What makes it hard to return to South Africa – for you and your children?
Job security and income. In South Africa job levels and income do not necessarily equate to Canada. For example, teachers and nurses here in Canada make a high level income that puts them comfortably at middle class. This is not true for South Africa. Also starting over again in SA with kids who are completely immersed in Canadian culture would be very hard to do.

What were the unexpected (good and bad) aspects of emigrating that you’d wished you’d known about before going. Do you have any advice for those contemplating making this huge move for their families?
This is a loaded question that is probably different for everyone. You can never be prepared enough for the challenges and barriers you will face in a new country. Your approach and attitude toward it all is what makes the difference. One thing I wish I would have known is how much I would change. You don’t realize it until you have been away for a while and you come back home and sometimes you feel like you don’t fit in anymore. The things that are important to you are not important at home and vice versa. Conversations run differently, priorities are different and beliefs and perspectives are foreign to you. And then you realize it’s you, not them, that has changed. I often find the people who leave South Africa and stay away are the ones who are willing to embrace this change in themselves.

Thanks so much for sharing your story with us Nicole. We look forward to seeing you and your boys on your next visit to CT!

If you are a South African expat living in a foreign country around the world (or one that has returned home to live in SA again) I’d love to feature you in The Honest Expat so please drop me an email for more details at kathryn@becomingyou.co.za