The Honest Expat series on my site is aimed at sharing South African Expat stories around the world – whether they leave and never look back, or if they try out expat life and realise it’s not for them!

Today’s Honest Expat is Mareike, a copywriter in Cape Town who also happens to be my new-ish sister-in-law!

She’s been married to her handsome James (my brother) for 6 months (her words, not mine!), which means that currently they only have pot plants as children!

Here is her expat story…

Where are you originally from?
Born in Namibia, moved to Germany for a year and then to Cape Town when I was five.

Where did you emigrate to?
Germany

When did you emigrate?
January 2010

What was the catalyst/s for your emigration decision?
After teaching English in South Korea for a year to pay off my student loans, I came back to Cape Town and struggled to find a job. I was 25, restless and eager to explore Germany – a country that I had loved on my visits when I was a child. I was only planning on staying for a year…

How long had you thought through the emigration process?
I had decided to go to Germany when I was in South Korea. So, I probably thought about it for 6 months.

How easy/ complicated was the application process to emigrate and how long did it take? Did it require certain qualifications/ documentation/ finances etc?
Luckily, I have dual citizenship as my mom was born in Germany.

What was your first year like after emigrating?
My parents had decided to move back to southern Germany for work purposes and to eventually retire – much to everyone’s surprise. Their move had never factored into my decision to move there, yet, they ended up being a support structure even though they were coming to terms with their own repatriation (they had uprooted to Germany after 30+ years in Africa).

It took one month to find an internship in Karlsruhe, an hour’s train ride from my parents. God really picked the best place for me! Karlsruhe is a university town, vibrant, and manageable in size. I could ride everywhere on my bike: city center, night club, or the lake on weekends.

I had grown up bilingual, but my German was rusty! So I relied heavily on my housemates to show me around the city, teach me German and other valuable things newcomers need to know. My housemates and friends I made in Karlsruhe were the best and closest friends I made there! Southern Germany is beautiful. I have such fond memories!

What have you loved about your new home? (the positives of emigrating)
I love the smell of a new city once you step outside the airport. Adrenaline pumps through your veins. And everything – including the most mundane activities like shopping – is exhilarating. How do I use the bus? How does shopping work here?

Germany has an organized transport system. I was in my twenties, enjoyed going out at night and using the tube to come home in the early morning hours. The ease of travel to European countries is great – and the high quality of art museums and cultural institutions is astounding.

Germans use handshakes instead of hugs, and take a while to warm up. But when you make friends, they’re friends for life. I know that if I visit they would welcome me with warmth.

What did you find hard about your new home? (the negatives of emigrating)
German culture dictates a certain aloofness and efficiency – I could ignore the bus driver, commuters, shop assistants, and only chat to my work colleagues on a normal day. It’s normal to walk into a pharmacy and just state what you want – and leave, without ever saying ‘hello’ or ‘how are you’. That took some getting used to!

Germans love bureaucracy. It reaches into every corner of life – and the “German officialese” that is used in formal letters and government institutions is like a different language. But it doesn’t just apply to language and paperwork, which I had to learn, but also to rules. Everything is regulated. You need a license to chop down a tree. You never cross the road at a red robot – you just don’t. You don’t walk barefoot. Honestly, it’s utterly exhausting!

Every country has its problems. Hamburg, in northern Germany, for example, has a problem with drug addicts and you see them hanging around the train stations. Berlin too, has many homeless people who sleep on the trams during winter to stay warm. It wasn’t something I expected to see in a first-world country.

What did you NOT missed about South Africa? (the positives of emigrating)
The lack of opportunities for university graduates.

What did you miss about South Africa? (the negatives of emigrating)
I missed boerewors, sunshine, nature, the proximity to places where you could explore the outdoors, friends and, of course, my sister who was still living in Cape Town. I missed random things like driving De Waal Drive, going for a walk on the Rondebosch Common, chatting to friends with ease (Germans are notoriously bad at small talk) – and human touch (hugs!).

Knowing what you know now – would you emigrate again? To the same place or to a different place?
I am, undoubtedly, privileged for the experience I’ve had living in Germany. Moving there, made me the person I am today. And while I went into the experience with truckloads of naivety, I don’t regret it one bit. It made me stronger, forced me out of my comfort zones, again and again, made me rely on God, and gave me unforgettable memories. Sometimes it feels like I’ve already lived two lives, to the brim, with both the good and the bad experiences.

I gave me the chance to get in touch with my German heritage – I discovered along the way that my childhood impression of the country (with its exciting plane rides, Ritter Sport chocolate and snow), wasn’t the same as my adult one.

While I spoke German, I wasn’t really a German. I’m happy I came back to Cape Town, and luckily, I did, because I met my amazing husband here who’s a salt-and-earth South African. 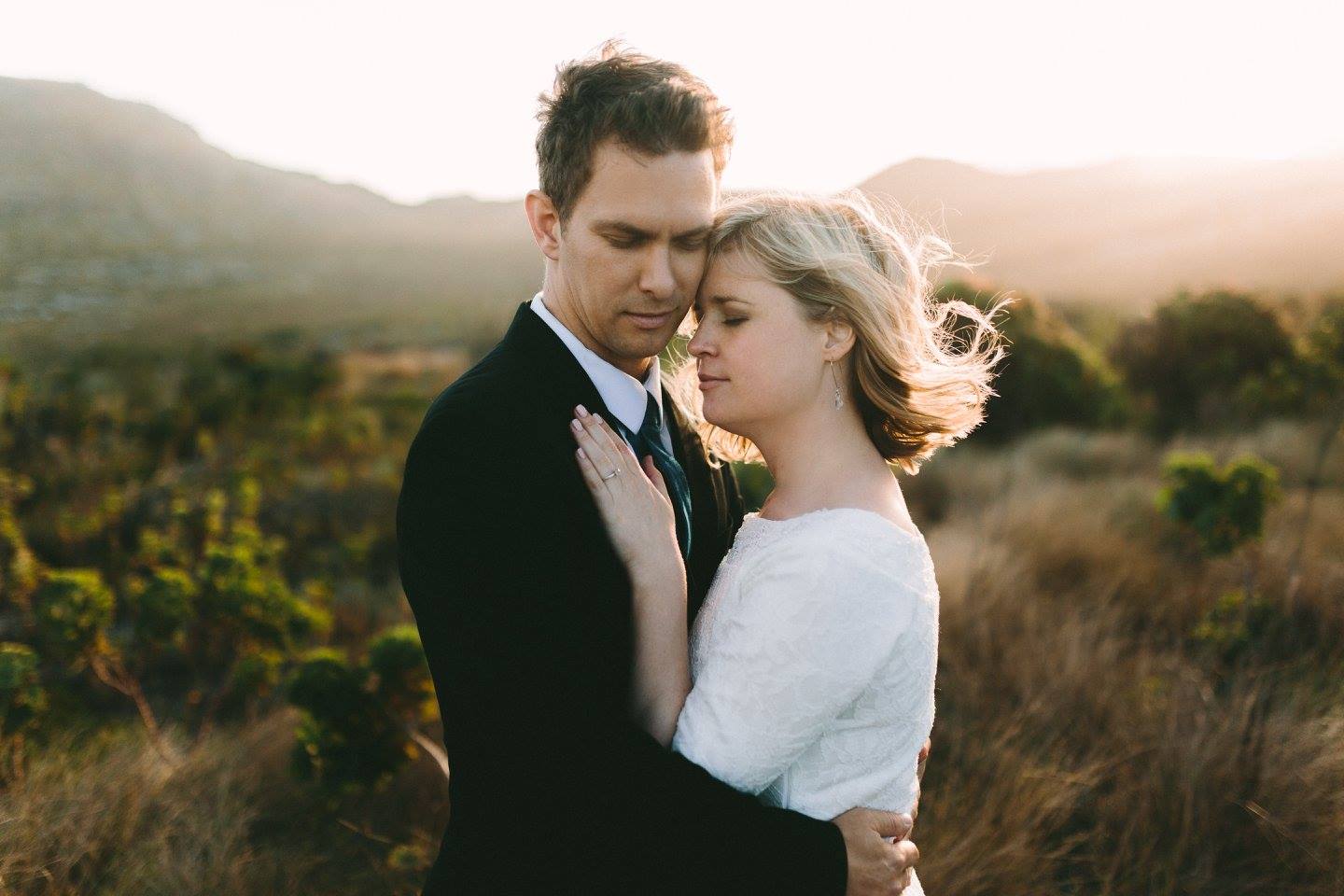 What made it hard to return to South Africa?
Moving is expensive. And the process of leaving, of goodbyes to friends and family, is like ripping out a plant by its roots.

What were the unexpected (good and bad) aspects of emigrating that you’d wished you’d known about before going. Do you have any advice for those contemplating making this huge move for their families?
I could talk about this all night over a glass of wine. But will try to condense it into one paragraph. Ultimately, it’s for each individual person or family to decide. It’s an adventure; I think it’s easier if you’re going with a partner or have a support structure in the other country – be it a family friend, distant relative or a church. For couples, I think life in a new country can create a deep bond, a safe space, a reliance on each other.

On the other hand, I’ve also seen the stress of emigration tearing families apart. Just remember, your life here, now, is just being transplanted to a different surrounding and culture; you’re not necessarily going to be happier in a new country. If you decide to do it, go head first into the wind – lean against it, into it, be strong, be tough – and you will have truly amazing moments.

I hope you enjoyed this interview! If you’d like to read more South African Expat Stories please pop over to this link to read the rest of the Honest Expat interviews. They really are so interesting and feature stories from South African Expats scattered across the globe!

I’d love to hear your thoughts on the topic of emigrating. Once you’ve had a read be sure to leave me a comment below to continue the conversation…

If you are an expat or know one who wouldn’t mind sharing their story as part of my Honest Expat series please drop me an email at kathryn@becomingyou.co.za 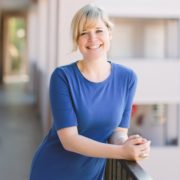 Combining her love for writing and travel, Mareike has now settled down in the Mother City after living abroad in Germany, Ireland and South Korea. She's found her niche in marketing and enjoys art, photography, and writing in her free time.