This new series – The Honest Expat – has been really interesting reading for me (mostly because it’s given me the bigger picture about the emigration journey from some of my friends!)

I started the series as a way to hear both sides of the story. To gain a better insight into the realities of emigrating for South African families from those who’ve gone before and to open up the conversation to be more real and honest!

Today I’m sharing the story of Ilse who recently emigrated to the UK from Jeffrey’s Bay. However this isn’t her first rodeo. She’s also lived in Dubai for 12 years and in London for 2.5 years prior to that. Ilse has 2 girls – Isabella (8) and Gabi (6) and they first moved back to South Africa from Dubai just before they turned 2 and 4. Where are you originally from?
I grew up in George, my husband Stuart in Cape Town.

What was the catalyst/s for your emigration decision?
Dubai: I got a job with Emirates Airlines as cabin crew so I had to go live in Dubai. It was the same year 9/11 happened so many people questioned whether this was wise. Stu joined me a year or so later, it was a big decision for him to leave the UK where he was very settled and had a good job and had bought a house etc.

UK: Honestly I have to say that it took a lot for us to even consider it. We absolutely loved living in Jeffrey’s Bay and had no desire to leave but there were a series of events that kept pointing to us needing to consider the UK. How long had you thought through the emigration process?
Once we knew it was what we were meant to do it all happened very quickly so we just jumped in.

How easy/ complicated was the application process to emigrate and how long did it take? Did it require certain qualifications/ documentation/ finances etc?
This process is very complicated and extremely stressful, but friends in the UK and Middle East strongly recommended using Breytenbach Immigration Attorneys and since both these sources recommended the same company we decided to contact them. From the first Skype chat we had with them it was so clear that we had made the right decision. They really reduced the stress and anxiety by 90%. It was amazing and so so so worth it! They continue to journey with us through the process since we’re by no means sorted yet. I highly recommend them!

What was your first year like after emigrating?
Emigrating is hard. It’s fun and exciting. But it’s hard. It’s lonely. The culture shock and homesickness can be overwhelming. And even more so with kids because you have to deal with their homesickness and sadness, missing friends and foods and familiar places. It’s hard. But I have now learnt that the only way to make the transition time happen as swiftly as possible is to get out of your comfort zone… to reach out… introduce yourself, invite people for play dates or dinners just start reaching out and make the effort. I also join Facebook groups – we home educate so I joined home ed Facebook groups and just mentioned that we are looking for girls similar ages as ours to have playdates with… and have been very proactive at church to invite people for play dates if kids are similar ages.

What have you loved about your new home – for you and your children? (the positives of emigrating)
We love everything that’s new… going grocery shopping and seeing all the different types of cereals and chocolates and chips etc… We love the different accents of people and how beautiful it is here. We love the weather! Yes, we actually are enjoying the cold, wintery weather and the gorgeous forests and amazing play areas. I love how safe it is here… that I can go for a walk in the forest in the morning on my own and feel totally safe. I love that no one has guns – not even the police (mostly). I love British people and getting to know them… I love the food! I love that public transport is so accessible. I love the NHS! And how the government takes care of it’s citizens. I know British people are very disgruntled, but my goodness I think it’s amazing!!

I also love learning about the rich history and heritage of the UK, and specifically Plymouth, as it’s such an adventure exploring new places and experiencing new things.

I also love how much they offer for children here such as children’s university activities. The libraries are very active in offering all sorts of free events and opportunities for kids to participate in all sorts of activities. 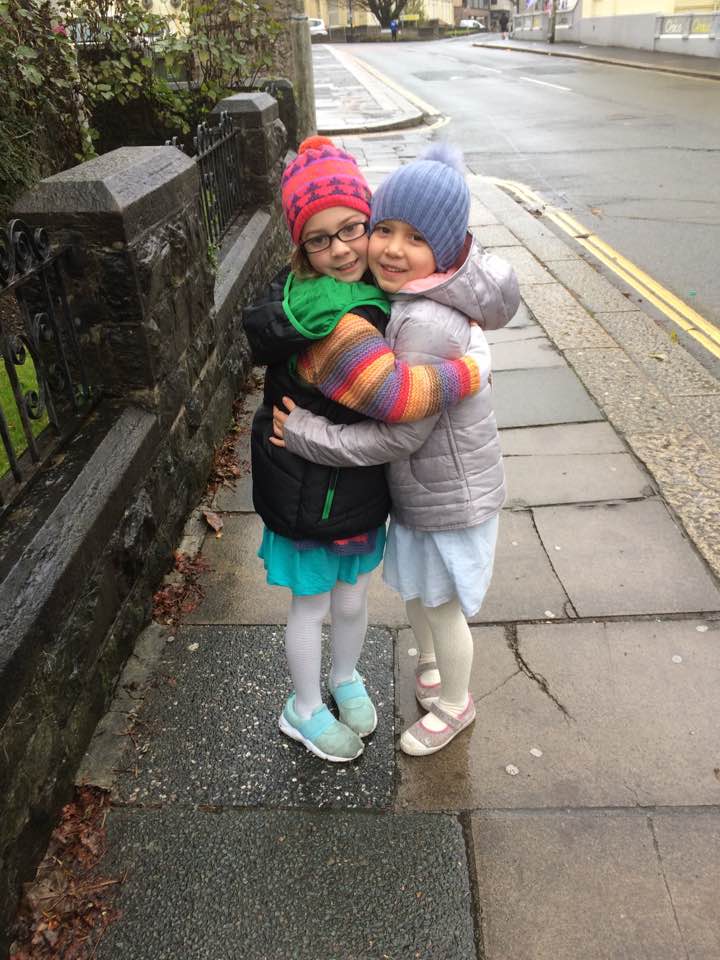 What have you found hard about your new home – for you and your children? (the negatives of emigrating)
I found emigrating to Dubai incredibly difficult… it was a huge culture shock, especially in 2001 when 9/11 was still very fresh in everyone’s minds. Dubai was a lot more conservative back then and emigrating there was not the norm at all. It was incredibly difficult, very lonely and a huge shock to the system! What helped me there was finding a church and attending a homegroup – that was how I made friends faster than other expats and it helped tremendously. I think it’s a lot easier now as there is a huge expat community in Dubai and many groups to join and expats are very inclusive and welcoming.

Dubai has also changed considerably so I’m sure it is a great deal easier now. There is a lot to know about Dubai and about living there that you wouldn’t be able to find out via Google, so I would strongly recommend making contact with expats who have lived or do live there. 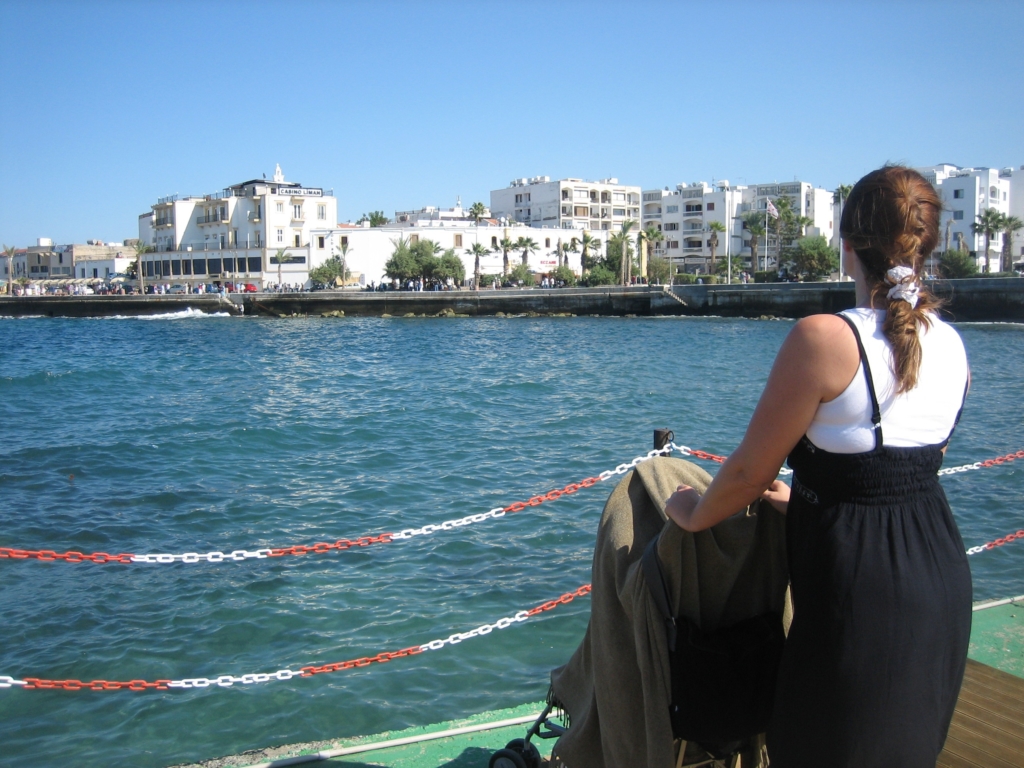 When I first moved to the UK at 20 I was incredibly lonely, homesick and suffered from severe culture shock. Having spent two and a half years in London so many years ago it was a wonderful opportunity to learn how to work through the homesickness and culture shock, immerse myself in British culture and make lots of British friends… this really prepared me for our recent and unexpected move to the UK.

For our girls it has been exciting, but also very hard. They really miss their friends a lot and have cried so much… (they are used to living far from family and do cry about that too), but the friends’ loss was rather intense. It has gotten less frequent, especially as I’ve been very proactive in making friends and hosting play dates, but it definitely is an adjustment. We stay in touch with friends back home by sending voice notes and photos and having Whatsapp phone calls, but they will be the first to say it’s not the same!

I also miss friends a lot and I miss Jbay! I have learnt from all these moves that it helps to focus on the things that I am thankful for and not to dwell on everything I don’t have or that I am missing.

What have you NOT missed about South Africa – for you and your children? (the positives of emigrating)
The crime and the awareness of danger… it’s amazing how relaxed we have felt (we live in Plymouth) and how lovely it is to just feel safe. No burglar bars, no armed response, no fear when walking to and from buses and the parks etc… just really lovely.
I don’t miss the blackouts – or shall I say “load shedding”
I don’t miss the price of petrol and electricity going up randomly and regularly
I don’t miss the drought
I don’t miss the stress of having no medical aid
I don’t miss the very high prices of food and basic essentials – I was amazed at the cost of food! It is so economical here, especially in Plymouth. London is of course much more expensive.

What have you missed about South Africa – for you and your children? (the negatives of emigrating)
Friends and family, the beach, walking around barefoot – in Jbay 🙂 Biltong!! Rusks! Good Coffee! Knowing where to shop/find things and what activities are available. Just being in familiar surroundings.

Knowing what you know now – would you emigrate again? To the same place or to a different place?
I definitely would, yes. But if I had the option to emigrate to the Middle East again I would not be eager to do that again! I definitely loved living there when we did, but I don’t want to do it again. Moving to the UK? Definitely!

It’s hard to make friends, fit in and just feel at home. It’s a very weird and difficult transition. I think it would’ve been helpful to have anticipated that instead of being totally blindsided by how hard it was. Of course I was returning to Cape Town which I’m pretty sure is probably the toughest city in South Africa to try and settle into as a newbie. At this stage I don’t see us returning anytime soon, but, we would love to return one day – particularly to Jeffrey’s Bay.

What were the unexpected (good and bad) aspects of emigrating that you’d wished you’d known about before going. Do you have any advice for those contemplating making this huge move for their families?
Expect homesickness, sadness and loneliness. Expect your kids to struggle at first and be emotional and feel a bit lost or anxious. It takes some time and it is a huge adjustment for you all.

Here are a few ways to have a shorter transition time as an expat:

Thanks for sharing your story and these tips Ilse! If you’re a South African expat reading this and have some tips of your own to share please drop me a line on kathryn@becomingyou.co.za

Images: Ilse Marran & free stock photos via Pixabay, Pexels and Unsplash (not her own children in the first pic!)

Beauty Review: essie essentials - NEW shades to look out for!