Today’s Honest Expat is Dave Luis, who made the move out to Dubai in October 2017. 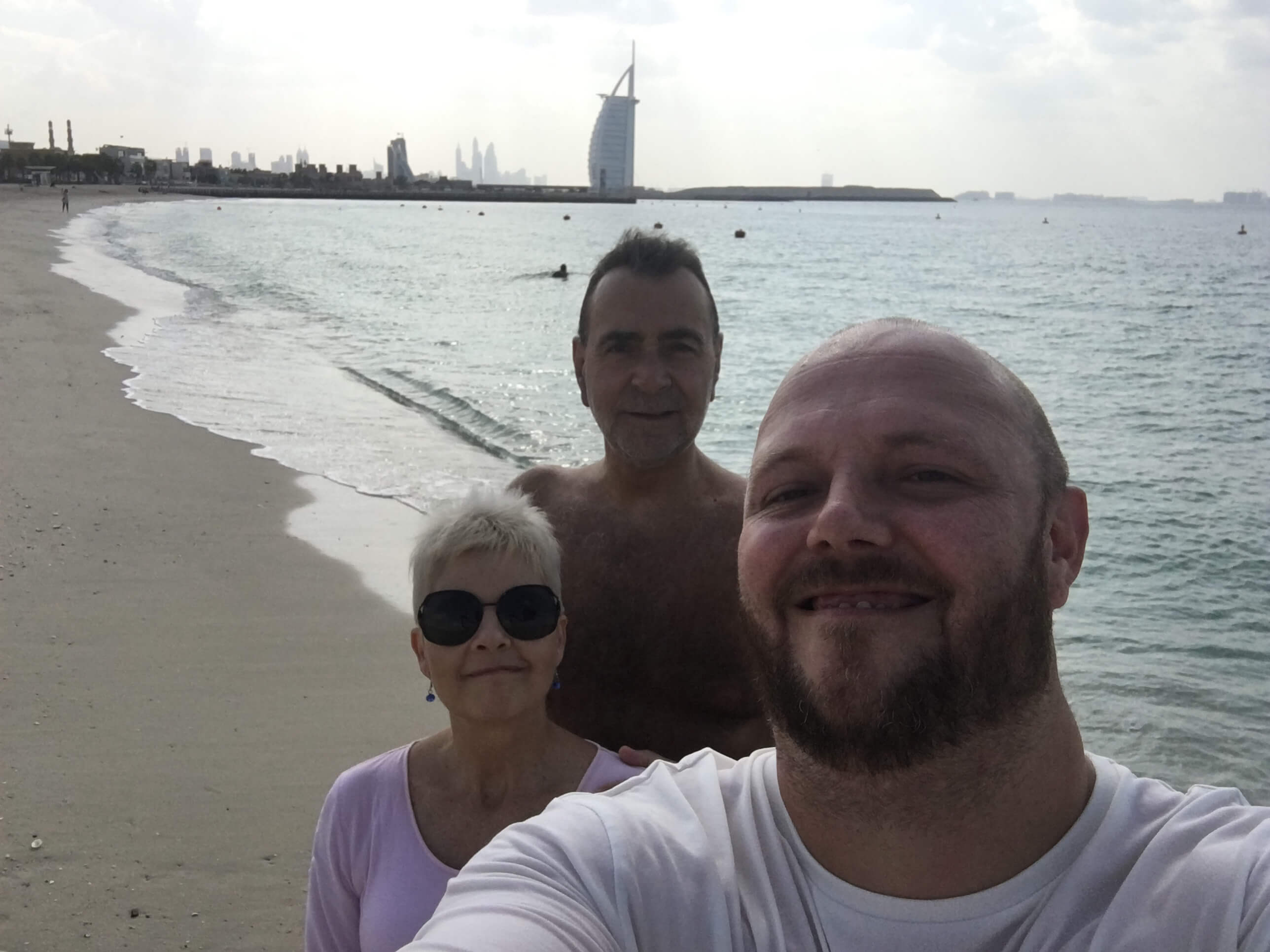 Pretoria born and bred, though more recently from Cape Town before I made the jump to Dubai. I have also lived in London and Gaborone previously, so the move to Dubai was not the shock to the system a first-time emigrant would likely feel. 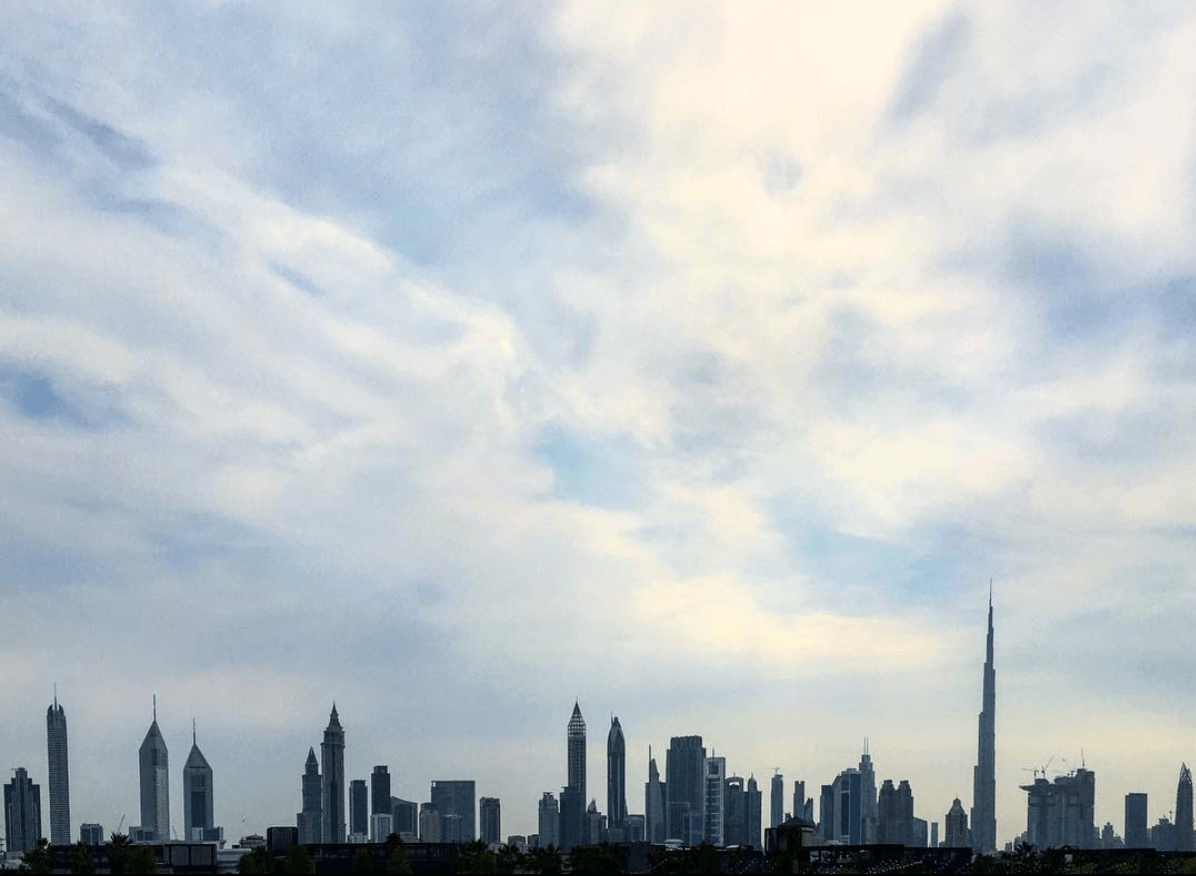 Though the motivations are three-fold, it mostly comes down to work. I had an opportunity to head up a marketing team for a food & beverage division, the deciding factor however was that I felt incredibly stagnant in my job back in SA, with little opportunity for me to grow my career at a pace that I was hungry for.

Coupled to that was a money issue. In the two years leading up to my move, the basic living costs had increased vastly, and on a single income I was struggling. Money was therefore a motivator, too.

And then finally, it was a family thing. My sister and I are very close, and I had been feeling the chasm of the 8 000km separating us.

The seed was planted back in November 2014, again, born out of a feeling of stagnancy in my job at that stage. Before I could do anything about it though, the company I worked for closed down and I was not ready to make the move to Dubai immediately.

I took another job in Cape Town, and started putting things in place for a move to Dubai. This also included adding to my education, to improve my chances of moving across.

How easy/ complicated was the application process to emigrate and how
long did it take? Did it require certain qualifications/ documentation/ finances etc?

The biggest challenge was finding the right job, or finding a job at all. That was a process of 12 – 15 months of forward and backward, of getting my hopes up and rolling with the disappointments when the applications didn’t pan out.

Once I’d been placed in my current role, the process was simple enough. The company I work for handled the visa and residency permits. Once I landed here, all it took was a couple of hours one morning to do blood and eye tests, and then wait 7 days for my resident’s permit and ID to be issued.

Dubai is incredibly efficient. The higher your qualifications, the more benefits and access you have on your visa, so that’s one thing I would highly recommend to anyone considering a move. Skilled immigrants have a higher chance of placement. But take note here – your qualifications need to be a year-long certified course to have any value in terms of your move and visa. I’m just 7 months in, and friends who have lived here before for longer all told me that the 6 month mark is where the homesickness really gets you and you question your decision to move abroad.

For me, that homesickness hit 4 months in. My fear was that all my friends back home were moving on with their lives and would forget me (a childhood fear manifest as an adult, thankfully in my case easy enough to identify and work through.)

The first 7 months have been positive, but not without their challenges. I am acutely aware that this is not home, for all its creature comforts, safety and prosperity.

I have made friends here, but Dubai is a city of eternal transit – so you are constantly meeting people in their last months of living here, planning their next big thing, or their return to their home country. More so than when I lived in London a decade ago, here in Dubai myself and all my friends are very aware this is temporary. A place to make money, advance your career, and move on.

The city is incredibly accommodating to all your needs, and does a great job in distracting you from the reality that you’re far from home, but you can never forget. Even when you have family living here. This is not home.

Safety. First and foremost. Back home, I had a permanent trickle of fear of being a victim of crime. Though it very rarely happened to me personally in SA, and certainly no crime had happened to me in the last 6 years in Cape Town. Friends and colleagues had minor instances of crime and one friend had an incredibly harrowing and traumatizing break in and assault, but me personally? Nothing. So my fears were certainly amplified by the continual conversations around crime and corruption – I kept thinking it was going to happen to me, and that impacted how I lived my life.

Secondly, the access to so many diverse cultures and people here in Dubai has been wonderful. I have met so many folks from around the globe, and connecting to them and finding out their history, their motives for moving to Dubai, and their way of thinking about the world has changed a lot about how I see the world and my place in it.

The disconnect from my friends back home. I sometimes feel that if I am not actively reaching out to them that I will fade from their memory. This stems from a childhood fear though, and I recognize it, so it’s relatively easy to combat.

I don’t think materially there have been any difficulties that are anything other than slight inconveniences – like your favourite brand of cheese not being available locally.

The hard part is the distance between yourself and the people you used to see daily back home.

As a former Cape Town resident, the water restrictions are high on that list! I spent my first month here languishing in long hot baths twice a day!

Also the guardedness and suspicion that were sublimating everything daily, back home. The constant conversations around race, privilege, entitlement, gender and restitution. Very necessary conversations, no doubt, but filled with so much anger and vitriol, some days it was all I could do not to wallow in a pit of despair. Our beautiful home country has so much work to do to redress the past and build a positive future and these necessary conversations are stopping bare the core beliefs of everyone – they don’t leave a single person untouched, and it is challenging to be faced with your own reality, biases and prejudices on a continual basis, and then have to also renegotiate your boundaries with the people you are connected to – friends, family, colleagues – when huge differences are revealed. It felt like a endless judgment of character, and was always front-of-mind. Eventually fatigue sets in, and it’s difficult to challenge your paradigms then. Here in Dubai, we have those conversations – it’s not like we’re immune or excused from introspection and a duty to do better – but there seems to be a buffer of space to do, say and think about other things too.

Superficially, the material flavours of home – proper boerewors, Clover Gouda cheese and the inimitable taste of the Pasteis De Nata from Spier Estate.

Intimately? My friends that I saw daily. There is often a deep and painful ache in my soul that I can’t just pop in on my way home, or go for a long walk-n-talk on the prom with folks who really get me and see through all my BS.

Knowing what you know now – would you emigrate again? To the same
place or to a different place?

Absolutely. 100%. In a heartbeat. The biggest drain on my soul is stagnation. I would move to Dubai, London, New York, Phuket, Shanghai, Oslo – wherever. It’s all an adventure and growth for my soul.

My plan is to retire to SA. But in the interim, yes, I would be back given the right opportunity and ability to earn well enough to survive.

What makes it hard to return to South Africa?

Employment and income that make it viable to live in Cape Town as a single person. Simple as that. In the industry I work in, unless I am heading up an agency or in an executive position, it’s very had to find a well-paying job that means I can afford even a small flat centrally.

The cost of food and the endlessly increasing taxes, worsening infrastructure and concerns about crime make moving home right now a no-go.

What were the unexpected (good and bad) aspects of emigrating that
you’d wished you’d known about before going. Do you have any advice
for those contemplating making this huge move?

Don’t be weighed down by material things. When you move out to your new home country, get rid of everything barring the essentials. We accumulate so much that we don’t need and it becomes a dust collector. If you can put it in storage, you don’t need it. Sell it or donate it to someone less fortunate than you. And when you land in your new home country, don’t fill your life with unnecessary stuff again.

The magic of a new country is the experiences, the memories, the human connections you will make, not the things you will buy.

When I lived in London, and went back to SA, it cost me a fortune to ship home all my things and by the time they arrived, I had new wardrobes and furniture. A wasteful cost. So on this move to Dubai, I literally sold up EVERYTHING and arrived here with a suitcase and a rucksack representing all my worldly possessions. I’ve been lucky enough to move into a fully-furnished space, so haven’t had to spend big money setting up this side.

And while you can, save your money! Invest in your future.