When I started The Honest Expat series I had no idea how popular it would prove to be… but as it turns out it’s become the most popular talking point on my site. The series is the one that most people mention to me when I chat to them in person.

I’m so pleased it has resonated with so many of you! I hope to keep publishing more of these interviews with South African expats around the world BUT I need your help. Please share this series with people you know and ask them to do the same! The wider this series reaches the more chance there is of SA expats reading it and offering to share their story! And if you are an expat willing to be interviewed please do get in touch.

Today it’s the turn of Angie and Ross Whitehead, Ross is originally from Johannesburg and is from Cape Town. They met in 2005 while both on a river rafting trip with friends and got engaged after 5 months and married the next year. They have 2 daughters who are now 12 and 10 (they were 3 and 5 years old when they embarked on their ex-pat journey) 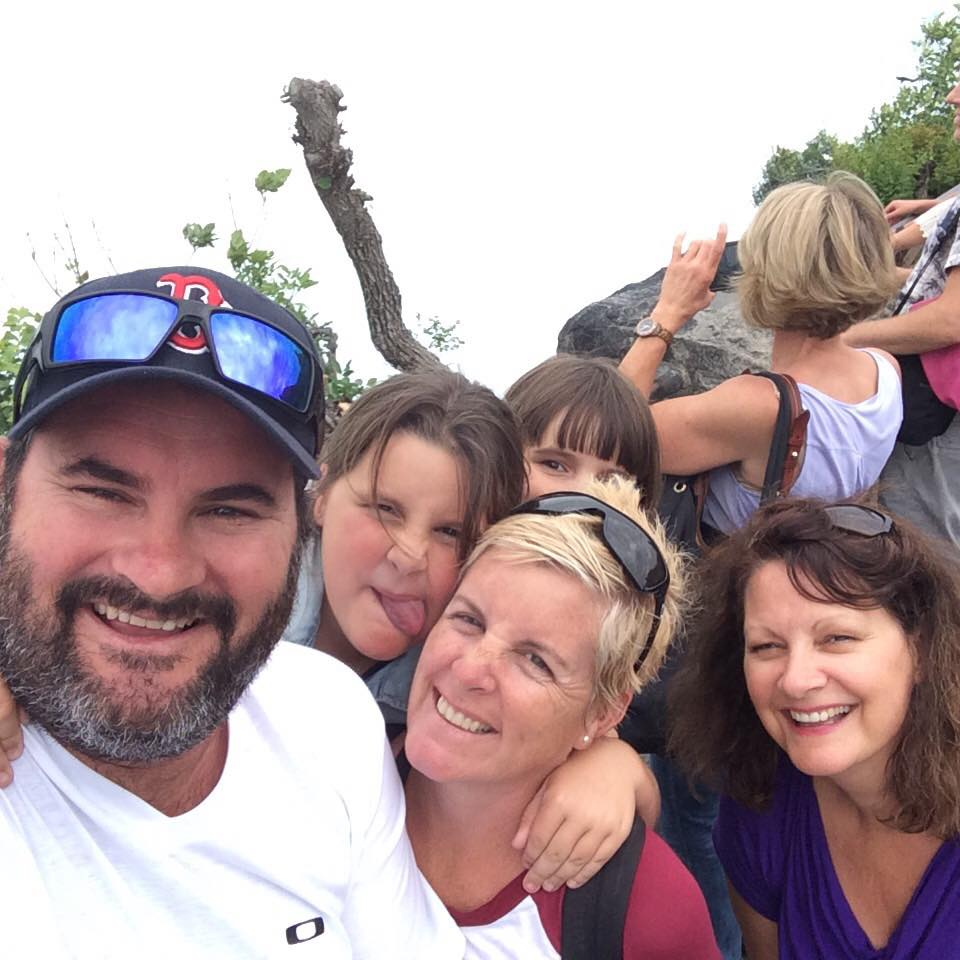 The Whiteheads describe themselves as a sports-loving, wine drinking, normal South African family. They left SA in 2013 from Cape Town due to Ross not being able to get a job for 18 months in Cape Town as a white non-degreed man who had owned his own business. The catalyst for the move was a whatsapp message his brother, who was living in the middle east at the time, sent him saying: ” How about earning 150000 ZAR per month with all expenses paid?”

A Skype interview was set up and Ross left 2 weeks after getting that message while Angie stayed in Cape Town with her small daughters to pack up the house. 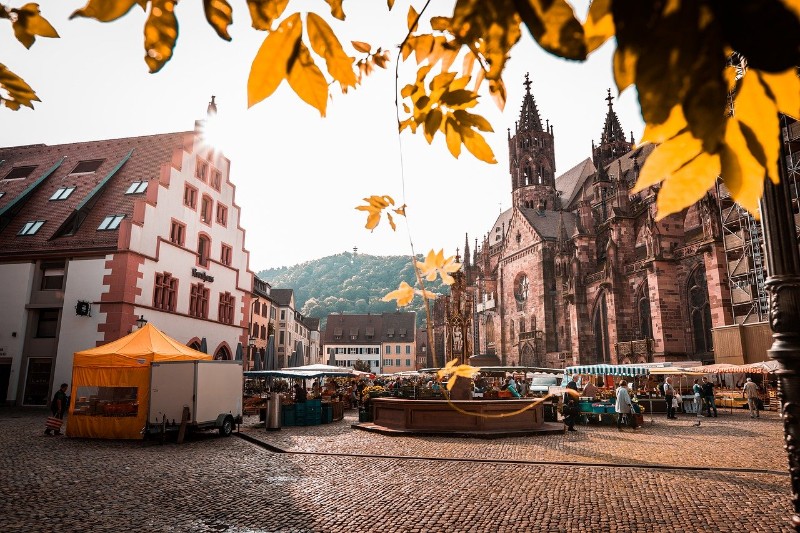 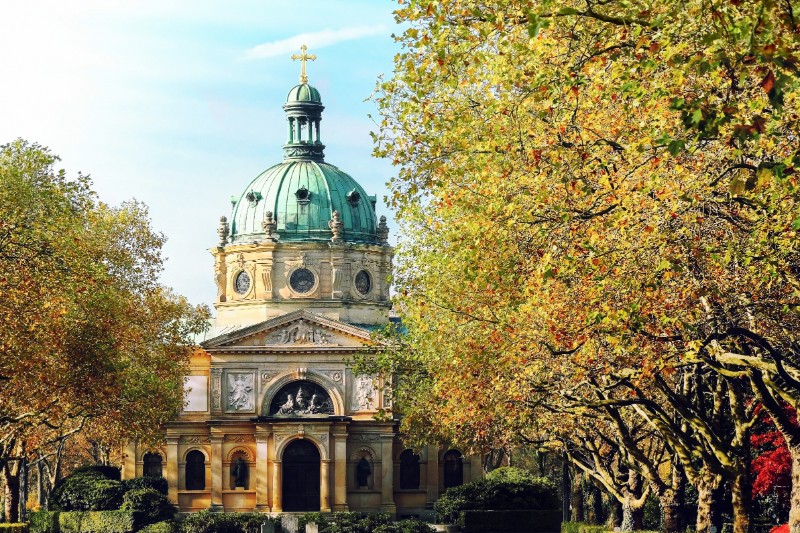 Ross not being able to get a job

How easy/ complicated was the application process to emigrate and how long did it take, did it require qualifications finances?

For my husband it was easy as he has a dual British/ SA passport and so to get a working visa for Oman was on arrival. For me and the girls who all have SA passports, it was a long lengthy process took close to 11 months.

To move to Germany from Oman was a simple process we had to prove we could live for a year without any assistance. Due to the fact that Ross has a British passport we were able to apply for a family reunification visa, this took 6 weeks to process.

We had to show our savings and finances. Due to the German consulate never having processed a visa like this before in Oman it took a while longer as they kept having to check with Berlin how to proceed.

In Oman we arrived in 2013 at the start of Ramadan, the weather was over 50 degrees every day and I was not allowed to even buy my kids a water or ice cream as no eating or drinking was allowed from sunrise to sunset. My kids were 5 and 3 so we spent a lot of time inside an air-conditioned apartment until we got used to the heat and then we went to the nearest swimming pool. 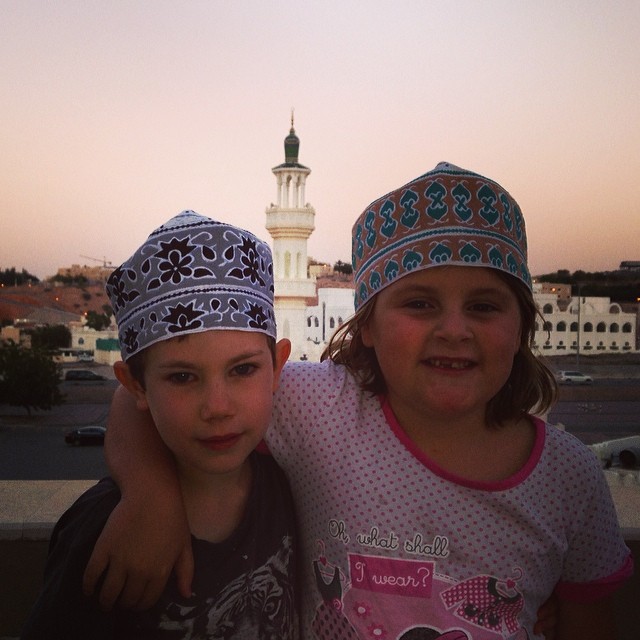 In Germany we arrived at the end of summer and the first thing we bought was bicycles for us all and we spent the first-month cycling around our new city getting to know it.

Oman is a very beautiful peaceful country and my husband and kids loved it there, I was not able to work and so, unfortunately I felt like I lost my identity as all I was, was a glorified nanny. I could not even open a bank account without my husband’s permission. This was a very hard pill to swallow and over time it really took its toll on me. My husband was in a very stressful job and we went through hectic times as we both tried to navigate our way. We had some amazing times there camping and exploring outdoors, but there was no balance. 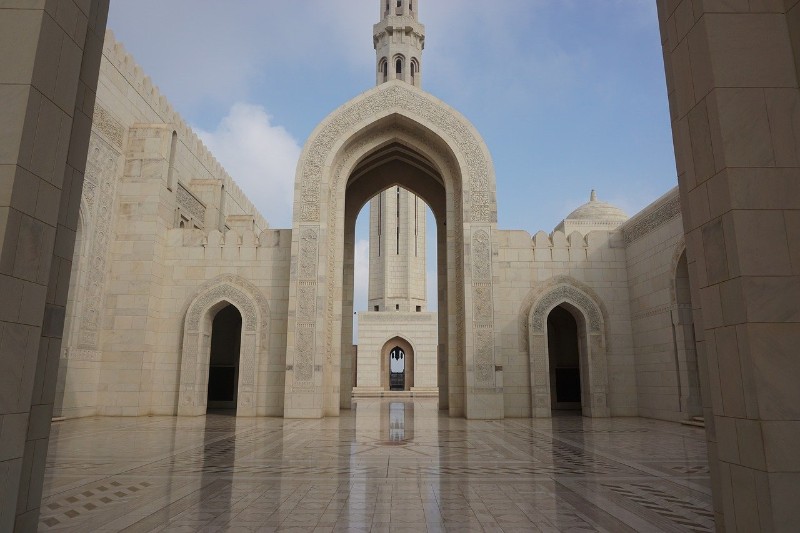 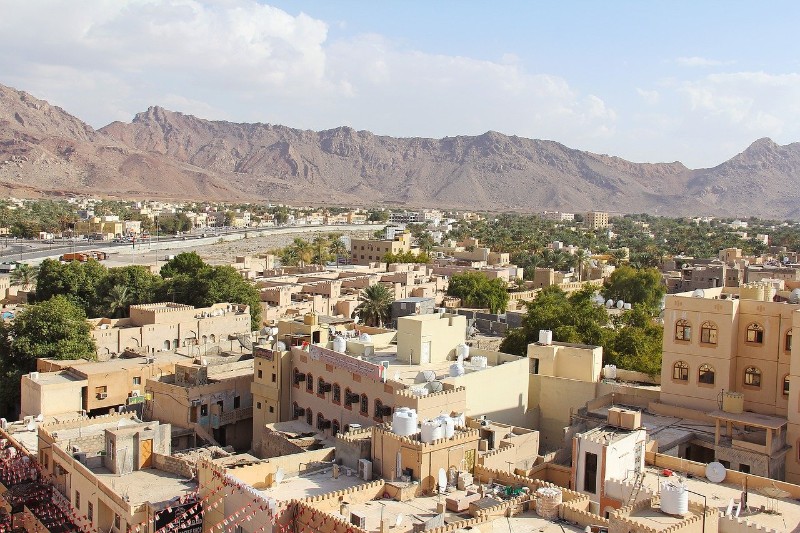 Germany for the first 6 months, due to not speaking German, we had to try and find work in an English speaking environment. I managed to secure an English trainer job and my husband an English speaking job in Switzerland, but with remote working. He travels for work, but is able to work from home often. I also have my own travel company where I organise travel for locals and expats. This has helped to be able to work online. I can be here for when kids come home from school and also have a purpose.

We decided when we first came that we were going to throw our kids into a local German school so they became immersed in the culture and learnt the language quickly as they needed to make friends and integrate faster. With help from a tutor and the school they were both fluent in German within 6 months and are now very proficient in German. 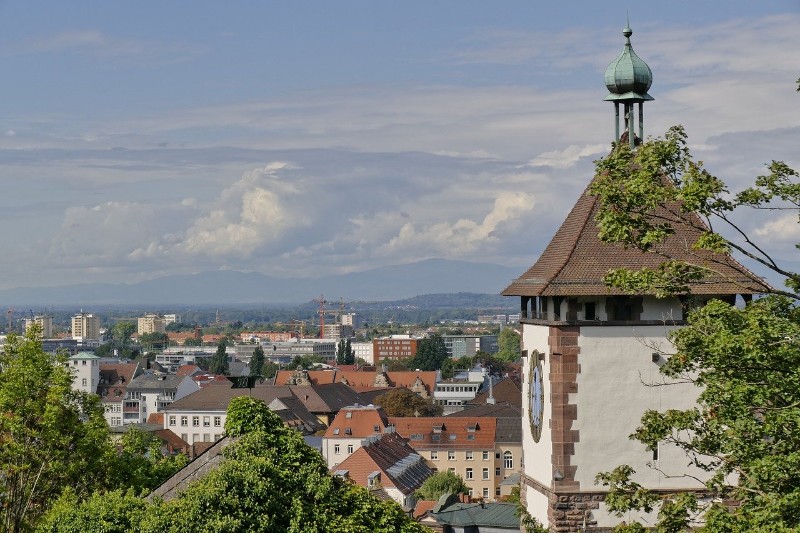 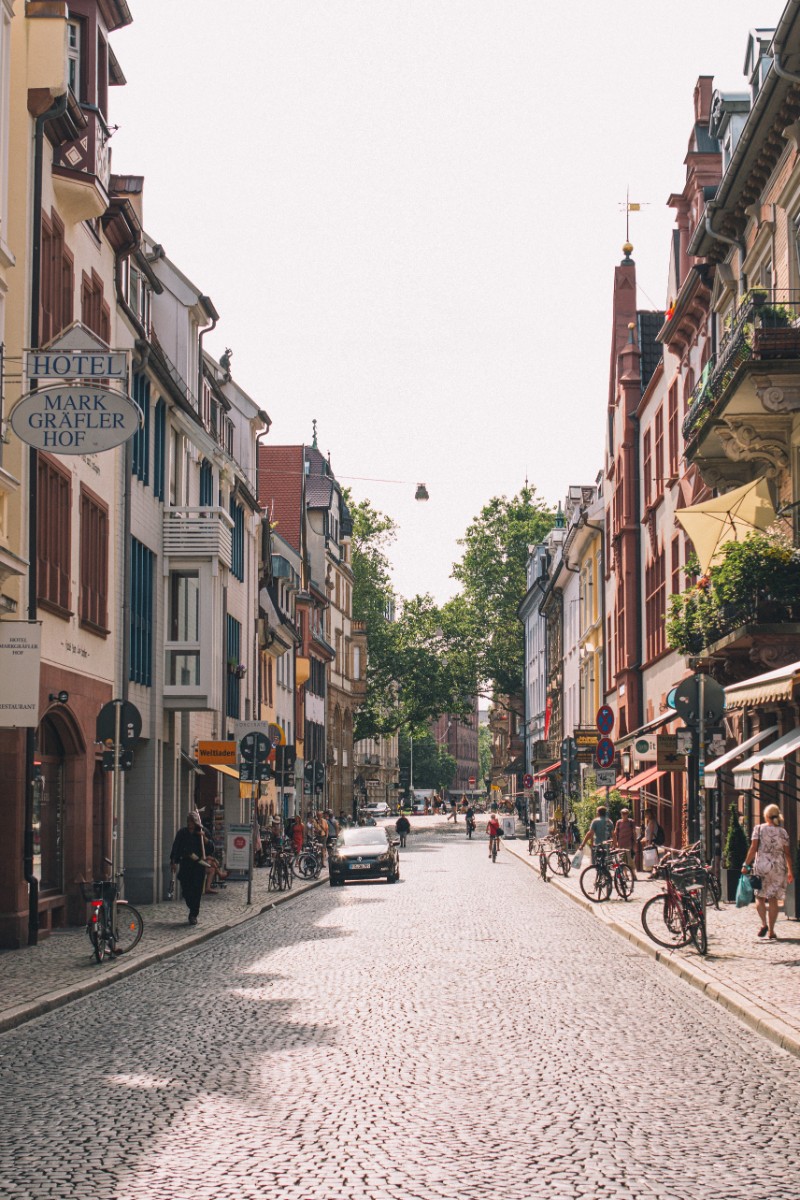 What have you found hard about your new home – for you and your children?

I have found it hard to always be an outsider here in Germany not knowing the language well enough. Also not knowing the German way of doing things. We have had to learn by trial and error which does knock your confidence

What have you NOT missed about South Africa – for you and your children?

Crime, the constant feeling of not being able to do enough to help beggars and animals on the street. The Rand, which has very little value

What have you missed about South Africa – for you and your children?

The “gees” of South Africans, the familiarity of knowing how to do things the right way or the saffa way and the ability for people to think outside the box??

Oman – I would because it helped me to grow as a person but it was a very hard lesson to learn.

Germany – Without a doubt, but I would have tried to learn the language a long time ago.

To be honest, I don’t think we would return to South Africa, my whole family still live there, but my husbands’ family have all emigrated back to Scotland. There is not much to go back to and so many of my friends have emigrated so I see them more now than when we lived in Johannesburg. 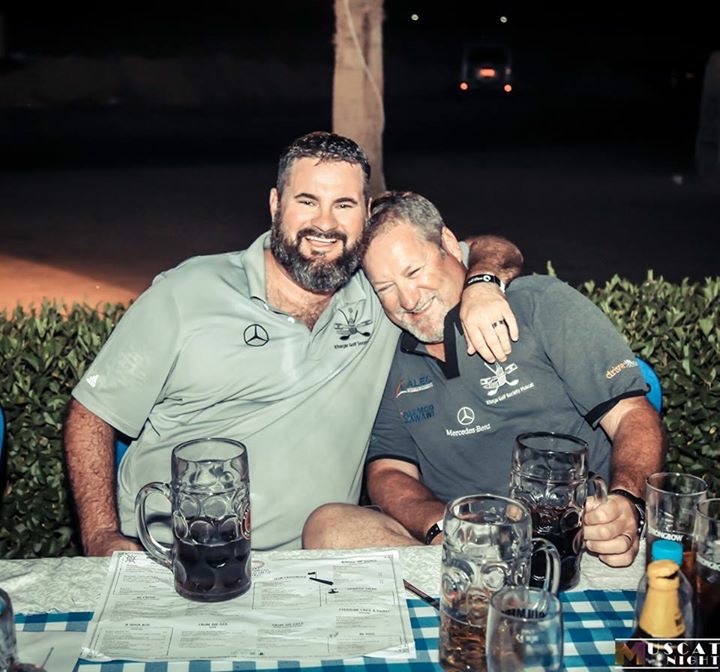 The fact that we have changed and when going home everyone seems to be stuck in the same things.

What were the unexpected (good and bad) aspects of emigrating that you’d wished you’d knew about before going.

Do you have any advice for those contemplating making this huge move for their families?

Expected the unexpected.
Do research on what you want to get out of the process.
Be kind to everyone you meet because everyone is fighting their own battles behind closed doors.
If you moving to a country with a different language try and get as proficient in it as possible else everything is 10 x harder!!

I have to add that this has probably been the hardest thing I have ever done in my life.
I have been through every possible emotion. It’s hard, it’s lonely and sometimes you wonder if it is all worth it. Then we get on our bikes with our picnic basket and we cycle to the river and have a braai and our kids play in the river while we lie under the tree sipping our 2 Euro bottle of wine with the smell of the braai and then you realise you do it for these moments where all is good in the world again and you can celebrate the simple things, the natural things.

My City: Things to do in Naples, Florida (with kids!)