50 years ago, garlic was regarded with some suspicion. It was used in the cooking at fancy French restaurants, but to the average household during the 1950s and 60s it was a very exotic ingredient. Over the years we have grown to love the flavour and versatility of this root vegetable, and there are few of us today who would dream of cooking a spaghetti Bolognese or a spicy curry without adding in a few cloves of garlic. But it’s not only a tasty addition to our kitchen, it also has significant health benefits.

The Health Benefits of Garlic 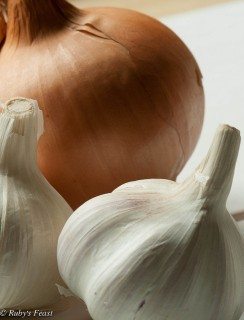 Garlic is an integral part of the cuisine of countries such as Italy, Spain and France, and these countries are far healthier than the rest of the West. Much of the difference in health is thought to be down to diet, and higher consumption of foodstuffs such as olive oil, oily fish such as sardines and garlic. With diet, it is hard to isolate the exact elements which are having a positive benefit on health but studies are ongoing into the health benefits of garlic. It is believed that eating plenty of it can help to lower cholesterol levels.

Herbal medicine has long since advocated the use of garlic to ward off the common cold. Eating garlic or taking supplements regularly is thought to help prevent catching a cold in the first place, and if the cold has already been caught, eating garlic could make the illness less severe. Millions of people all over the world are taking garlic supplements in the hope of staying well.

During the First World War, raw garlic cloves were rubbed onto wounds in the hope that their known antibacterial properties would help fight gangrene. It can also be used to treat fungal infections such as thrush. Fans of alternative medicine claim that using garlic as an antibiotic can be as effective as taking prescription drugs to fight infection, but there is little scientific evidence of this. Pets are also often given garlic as a supplement, with horse owners using horse garlic to reduce pain, swelling and inflammation. Horse garlic is often given at the same time as antibiotics to horses who are suffering with lung infections and it has excellent fly deterring properties!

Garlic is very low in calories, and in one clove there is only around 4 calories. For people trying to lose weight, adding garlic to their food can help with calorie control as well as packing a flavour punch. Garlic is also high in vitamins and minerals such as calcium and zinc, but you would have to eat a lot of garlic to take in enough of the minerals. This is a versatile cooking ingredient and is used in cuisines as diverse as Italian and Thai food. So if you do believe that garlic is good for you, there are plenty of opportunities to add more into your diet.

Makeup on the run