I’m a child of Africa and I love celebrating all the bountiful beauty of the continent that I call home. It thrills me when I meet first time visitors or repeat visitors who are blow away by it’s magic!!!

There is something really special about the way Africa allows you to connect with nature – whether in the bush or on the beach!

Africa is full of incredible places so when I recently asked a few of the most well-travelled travel bloggers to share with me their favourite things about Africa I was blown away by the response. I initially thought I would just share a post about the Top 10 things to do in Africa but the list grew and grew. Before I knew it I had 50 reasons – places, experiences, islands, cities! It was overwhelming to read how much people LOVED Africa!

So to make it a little bit more manageable I thought I’d break it down into a few different posts each featuring 10 incredible places in Africa – resulting in an ULTIMATE Things to do in Africa post at the end!

Today I’m sharing the Top 10 Best Islands in Africa as nominated by travel bloggers from around the world.

Read on below to see if you agree with their suggestions… And if you don’t please leave a comment below and let me know which African islands you would add to this list. 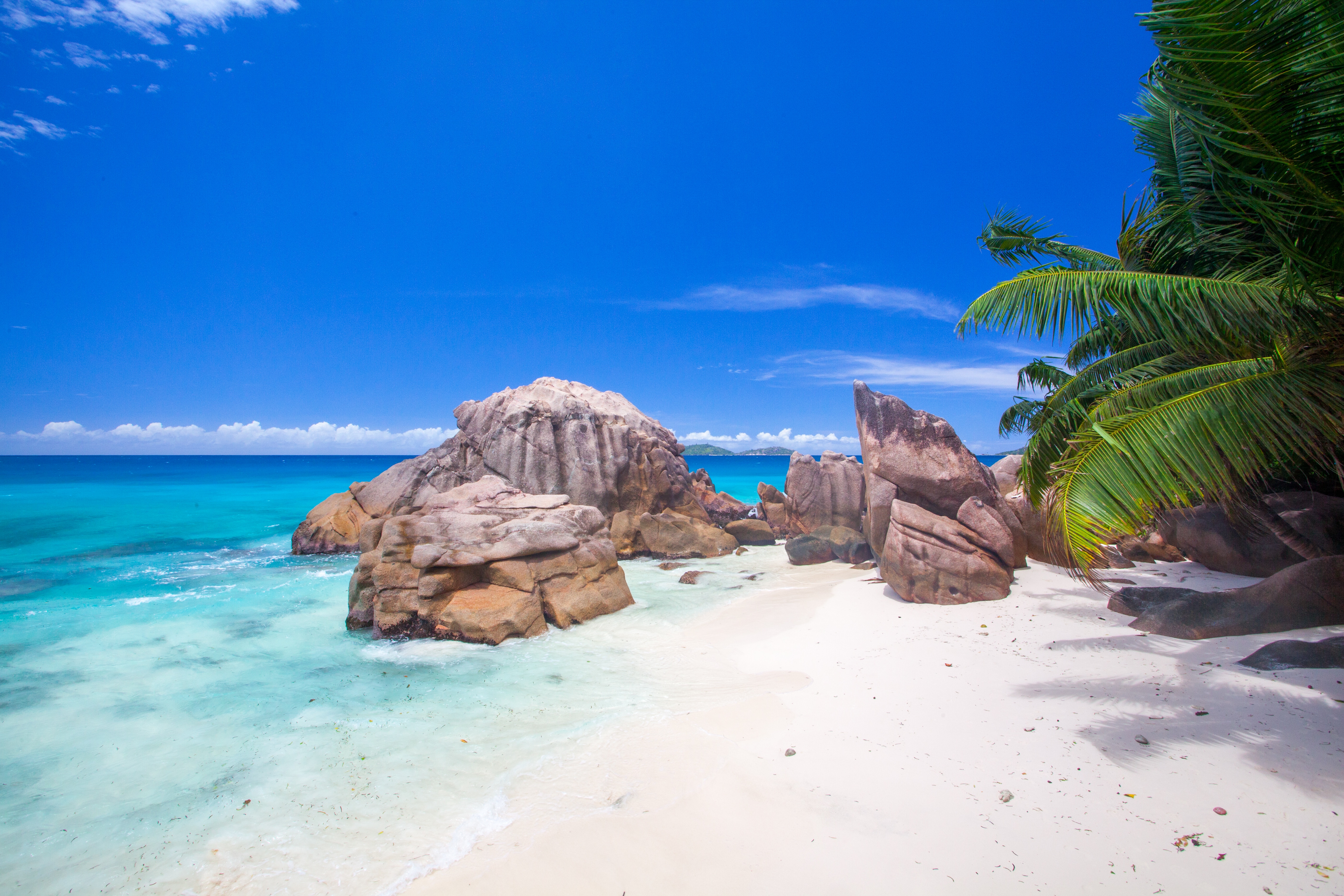 Seychelles is the best destination in Africa because it is perfect for getting away from it all. If your version of paradise is stunning natural scenery and not many tourists then Seychelles is a great pick. Seychelles is one of the smallest countries of the world and is a speck in the Indian Ocean about 1600 kilometres from Kenya. It’s made up of 115 islands. The photo shows the main beach, Beau Vallon, on the main island, Mahe, which has an international airport and is easy to visit. Popular activities include all water sports and hiking. The capital, Victoria, is also worth a visit. I love how easy it was to explore this country, the friendly locals and the delicious food. I’m sure you will too! 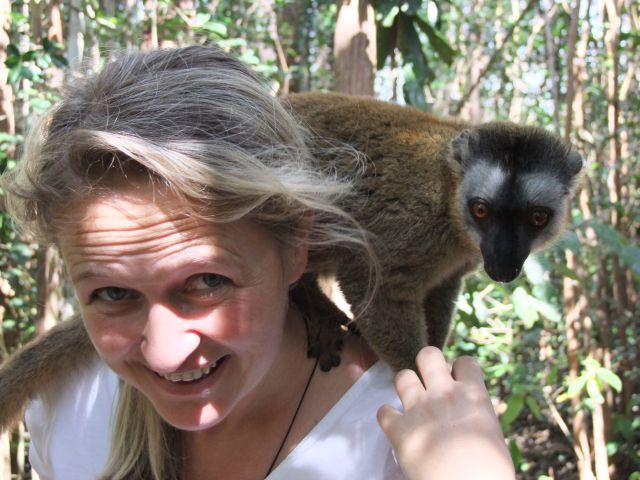 When couple of years back the opportunity presented itself to go on an educational trip to Madagascar, I didn’t think twice. I couldn’t wait for the adventure and explore the country together with other travel designers. Our most treasured memories was definitely meeting the Lemurs in the various national parks. Because lemurs are not dangerous and Madagascar doesn’t have any dangerous predators, most safaris happen on foot which is my preferred way of doing safaris. It was beautiful to meet the friendly creatures who are very curious to come and see you.

Nominated by Ania from The Travelling Twins 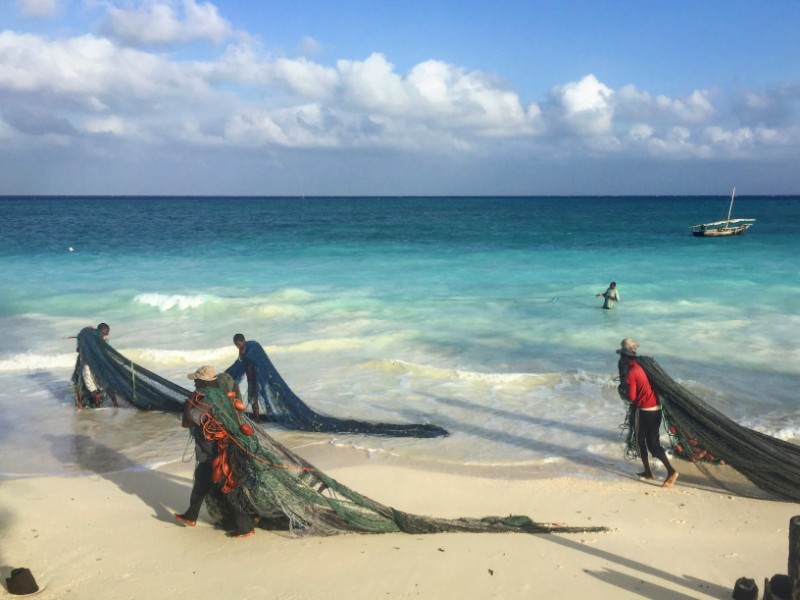 When I hear “Africa,” my head fills with pictures of deserts and safari animals. But in Zanzibar, you are surrounded by the most beautiful beaches and seascapes, with the longest tides I have ever seen. Zanzibari ladies follow the outgoing tide armed with long metal rods. They are looking for octopuses hidden in the wet sand under the rocks. When they are lucky enough to find one, they smash it hard against a rock to make it tender for eating. When the tide is in, fishermen wade into the shallows, sometimes right up to their armpits, to set and collect their nets. Those are the scenes on the less-touristy part of the island. If you go to the tourist beaches during the windy season, colourful kites glide over the turquoise water and you can take a dhow ride. During the windless season, you can go deep diving or snorkelling. Zanzibar is definitely a must-see.

(Ed – this would have been choice too! I just loved exploring Stone Town) 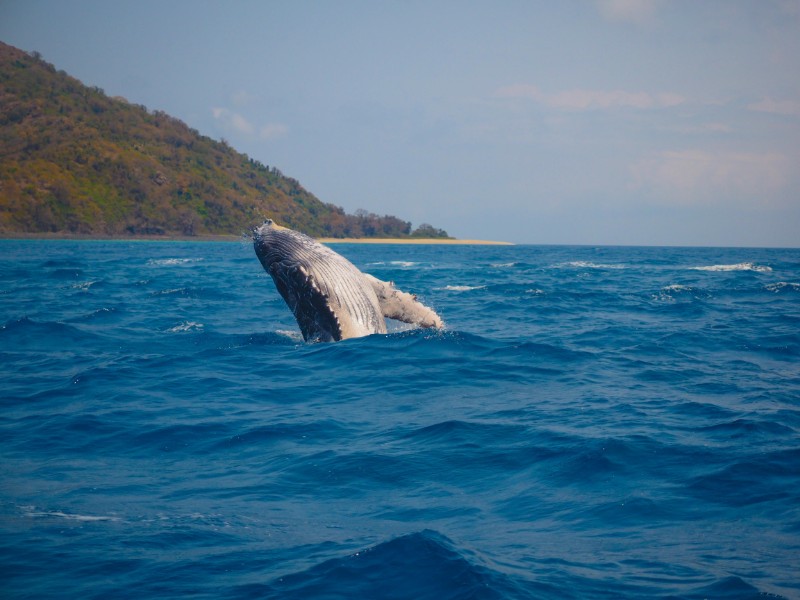 The tiny country, Comoros of the eastern coast of Africa that few people can pinpoint on a map. Comoros is far from your typical African destination, there are no safari options here, but instead, will you be able to relax at what´s maybe the best beaches in the whole of Africa, far away from the tourist’s crowds are you here between July and October can you swim with humpback whales. If you are into hiking can you climb one of the world´s largest volcanos. While Comoros is not an easy destination to reach due to the limited amount of flights here, but if you do get here while you be surprised both by the beauty and why no more tourists visit this untouched paradise.

Nominated by Babs from Travel Gear for Kids 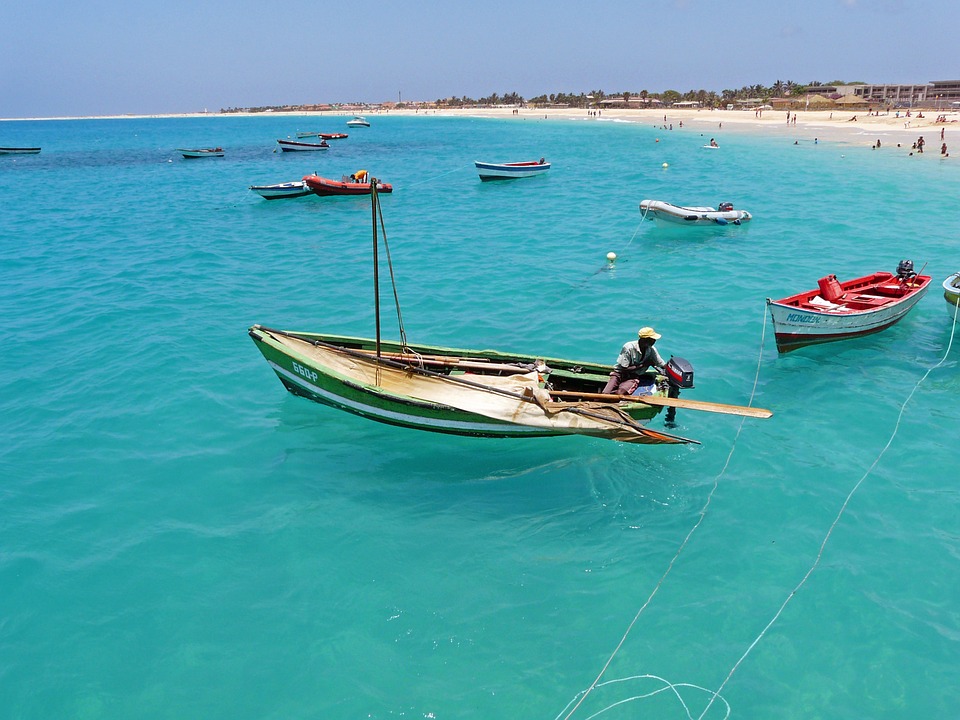 A few hundred kilometers from the West coast of Africa, this archipelago of 12 islands is perfect for beach lovers, watersport fanatics and hikers alike. It’s a great place to do some island hopping as each of the islands has a very distinct feeling. The main international airport is located on the isle of Sal, but the other inhabited islands are easily accessible by plane and ferry. Relax at the most beautiful beaches on Boa Vista, go windsurfing on Sal, add in a bit of culture on Santiago, hike up the mountains of Santo Antao and gape at the impressive scenery São Nicolau has to offer. 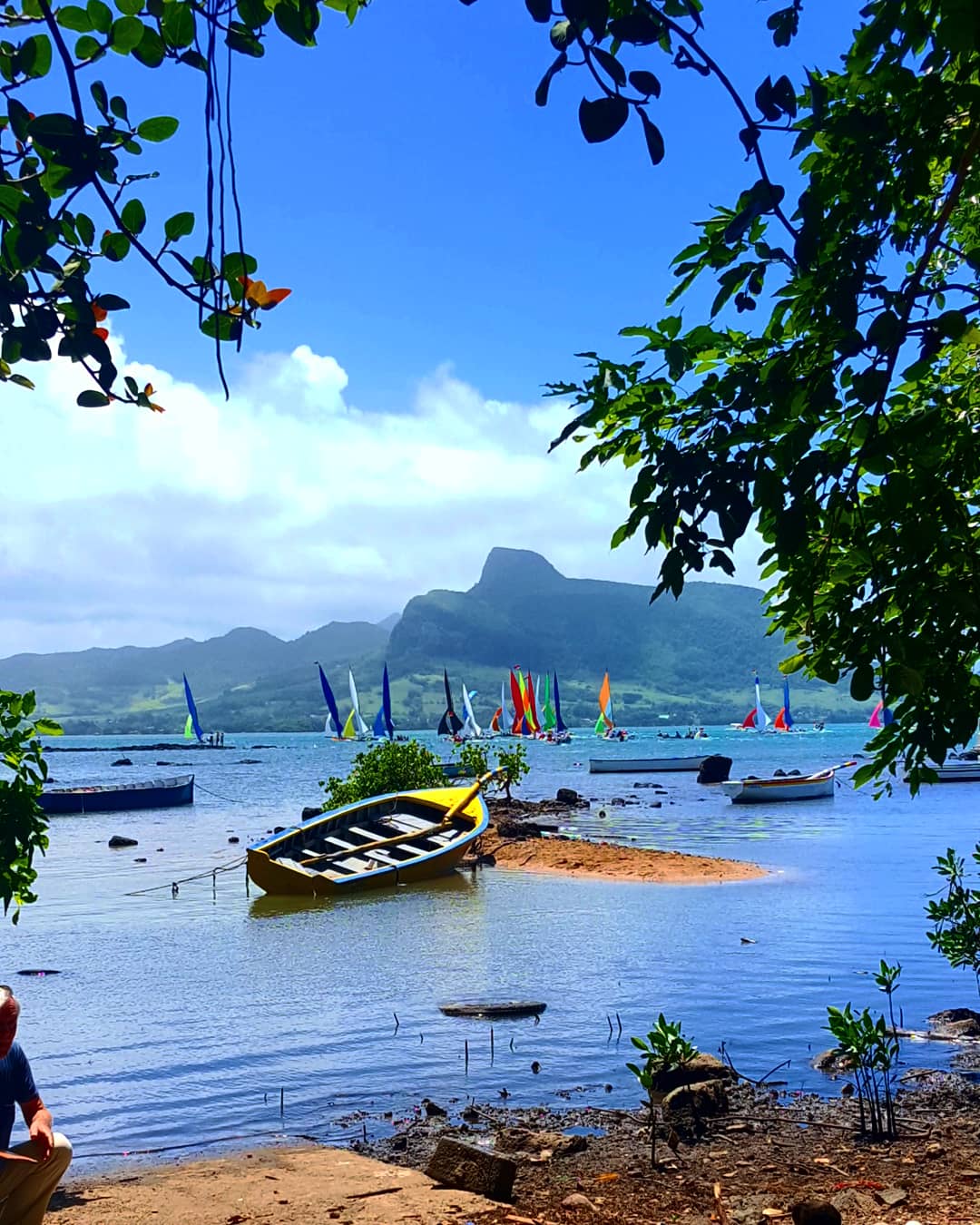 Mauritius is an amazing island with a diverse culture and history. The island is more than just a beach holiday with beautiful places of worship, delicious seafood. Mauritius is a melting pot of culture and recently celebrated her 50th year of Independence Day earlier this year. The food is a mixture of flavours which include Indian, Chinese and French. Mauritius is also becoming a popular Destination Wedding choice. The island is family friendly and there is something for the entire family to do. 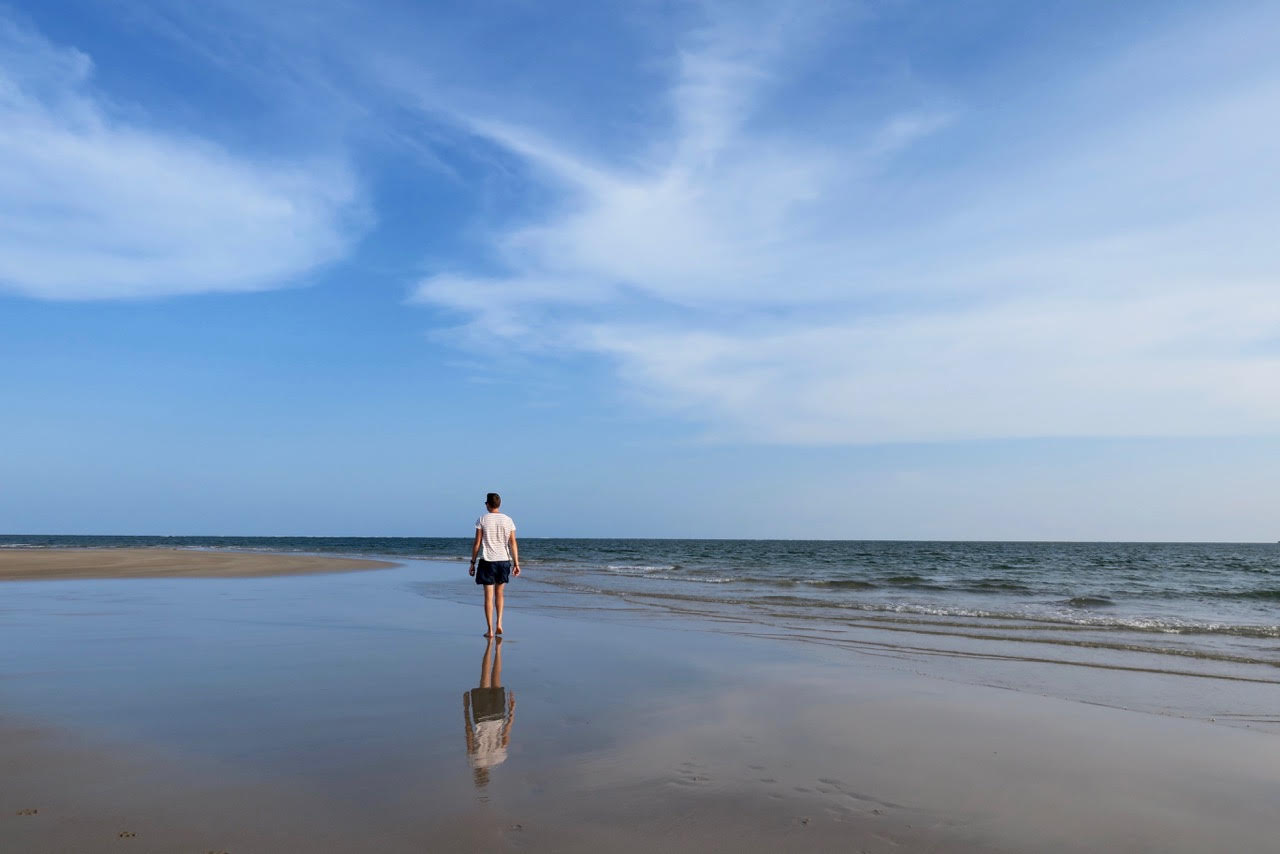 When it comes to the best islands to visit in Africa, I can highly recommend Lamu Island in northern Kenya! Lamu is just off the coast and while you could reach it by public transport and boat from the mainland, the easiest and most convenient way to reach Lamu island is by plane. On the island, you’ll find the incredible Lamu town – one of the oldest inhabited places in the world! The tiny streets of Lamu town are colourful, busy and full of people. Since the island is Muslim, I actually felt as if I’d be in the Middle East rather than in Africa – therefore, Lamu greatly differs from other regions and places in Kenya and will be a very unique experience. After visiting Lamu town, the island is perfect for some quiet and peaceful days on the beach. I finished my Kenya trip with a stay at Kizingo, a small resort on the southern tip of the island – far away from the noise and the busy streets of the town. But don’t worry, you certainly won’t get bored on Lamu, since there are plenty of other activities to do as well – such as water sports, snorkelling, a dolphin cruise or a hike up the sand dunes for sunset!

Nominated by Suzanne Jones from The Travel Bunny 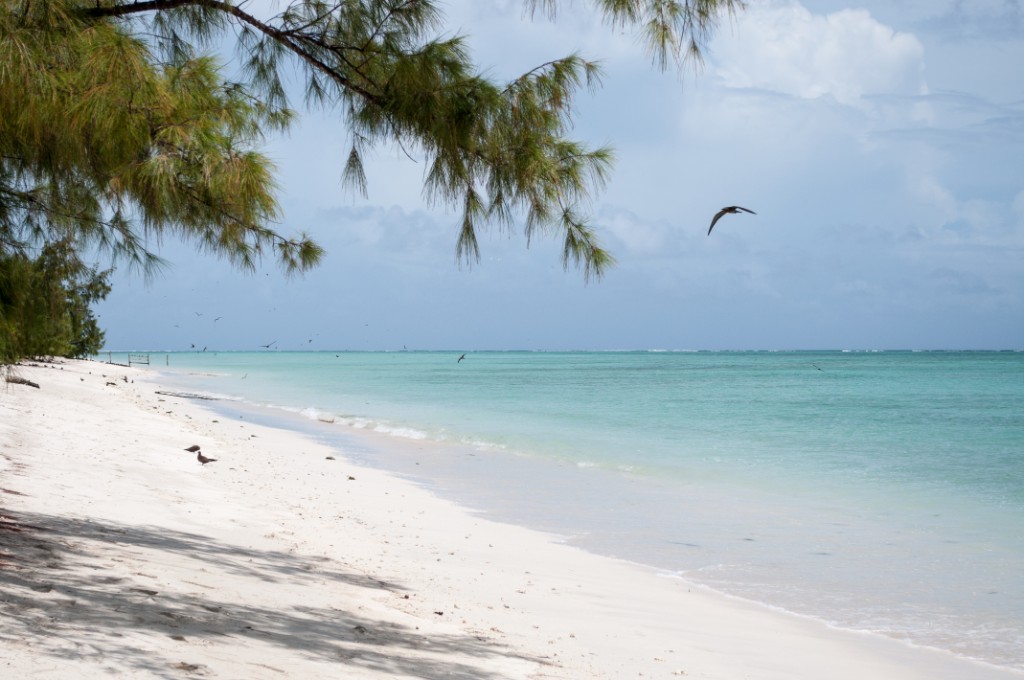 Rodrigues Island is the African island you’ve probably never heard of. A part of the Mascarene Islands it sits well off the beaten track around 560km North East from Mauritius. This remote gem of an island is surrounded by a shallow lagoon while the white surf of a reef breaks in the distance. Rolling hills and ravines reach down to white palm studded beaches. The island is still relatively undiscovered which means it’s remains authentic with no major development. There are a handful of hotels with a number of small bed and breakfasts and home stays. You’ll get a rustic and very natural experience in Rodrigues – it’s perfect for getting off grid or for a digital detox. The crystal clear waters of the lagoon are perfect for snorkelling and there’s epic scuba diving further out to sea. For the active there’s kite-surfing, surfing and lots of hiking around the islands coastline. Hidden beaches are waiting to be discovered. Wildlife is diverse and there’s lots to discover from a giant tortoise reserve to Coco Island where thousands of wild birds swoop over the turquoise blue seas. Food is good. Very good. Fresh fish, seafood and octopus straight from the ocean is accompanied by herby home-grown salads and vegetables, rice and beans. Cuisines vary from Creole to Indian with recipes passed down through the generations. Glasses of freshly squeezed lemon juice sweetened with just the right amount of sugar are deliciously refreshing – a shot of rum is added for a delicious cocktail. 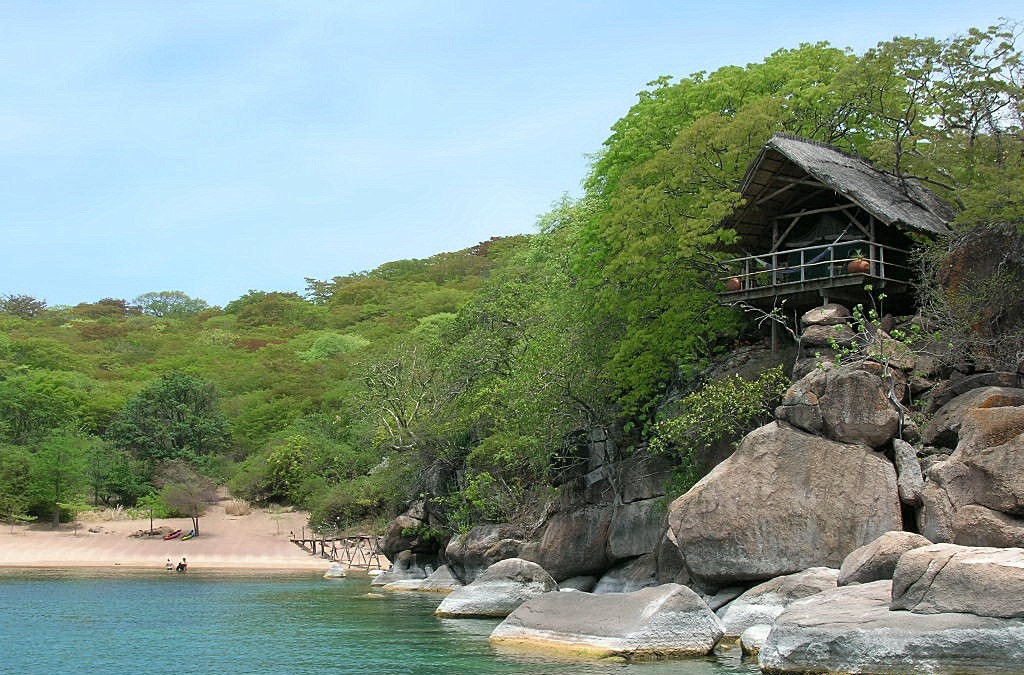 The Lake Malawi National Park – a World Heritage Site – was the first freshwater marine reserve in the world. Within this reserve, you will find the uninhabited Mumbo Island.

Mumbo caters for only fourteen quests at any time, accommodating them in tastefully furnished tents under thatch roofs. The eco-loos and bucket showers are not only eco-friendly, it adds to the atmosphere of rustic charm.

The snorkelling is world class, with the massive underwater boulders adding to the splendour. To enjoy even more of the unspoilt beauty, kayak around the shore or watch the African fish eagles call.

Nominated by Wendy from The Nomadic Vegan 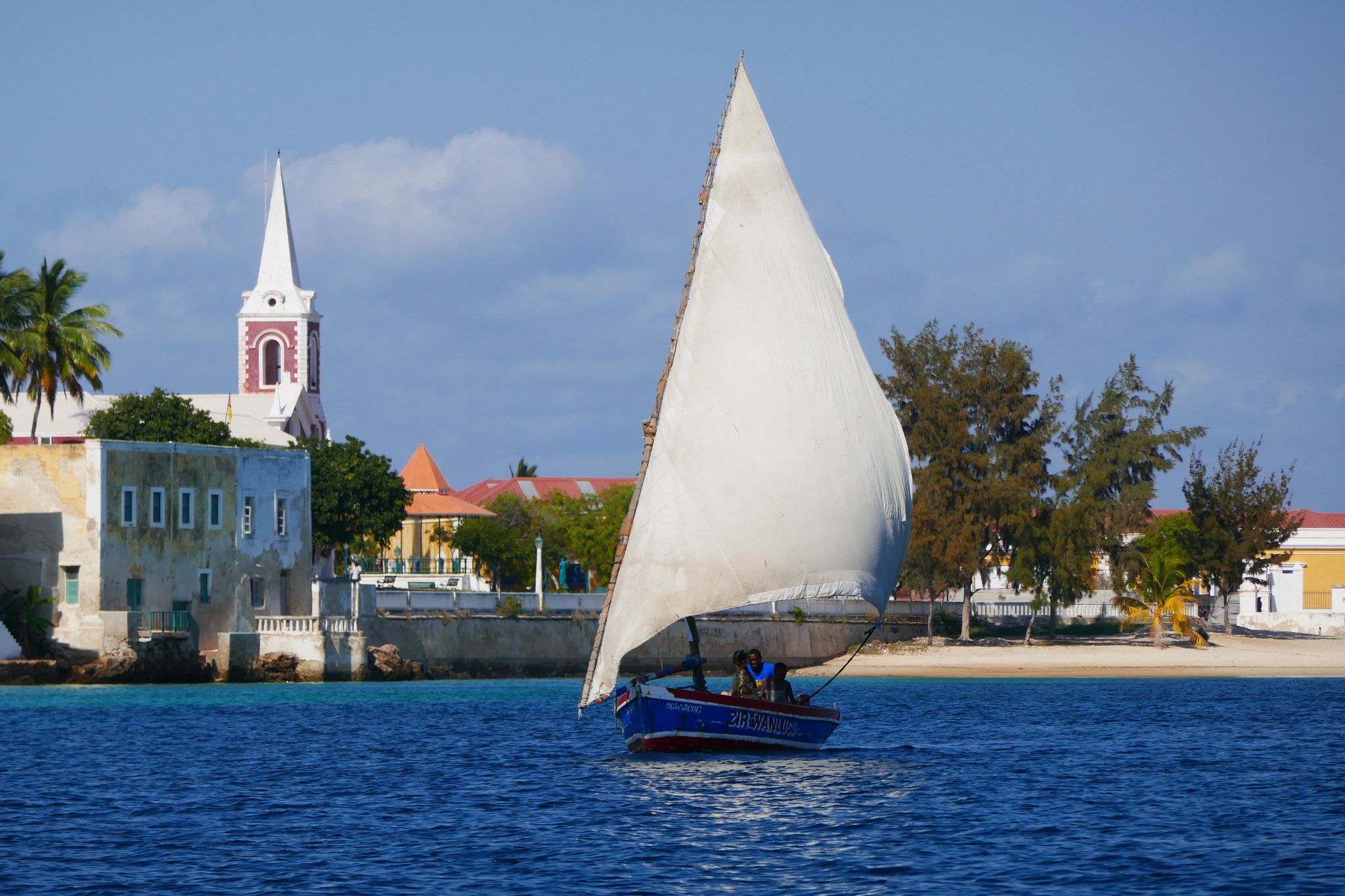 Getting to Mozambique Island (Ilha de Moçambique) is hard work, but once you make it there you won’t want to leave.

Initially, my husband and I had an ambitious Mozambique itinerary that included more islands further up the coast. But after 36 hours on a bus from Maputo to Nampula, followed by a series of minivans that finally brought us to Mozambique Island, we were immediately captivated by the island and decided to spend the rest of our time there.

Ilha de Moçambique was once the capital of Mozambique during the Portuguese colonial era. Now, it’s a sleepy backwater, with quiet streets lined by faded, crumbling buildings that whisper the story of its colonial past. The small island, just three kilometers long, is divided into the Stone Town — where all the colonial architecture stands mostly deserted — and the Reed Town — where the local people live in tightly-packed quarters in makeshift homes, sometimes made of reeds.

Despite living with very little, the island inhabitants are a happy, outgoing people, always ready to flash a bright smile. We managed to join in the celebrations at a couple of local festivals, including a street food festival where we tried lots of tasty African dishes. And at 5:10pm without fail, we always headed to the pier for our evening sundowner to watch one of the most beautiful sunsets I’ve ever seen.

So which of these exotic African islands would you most like to escape to? Leave a comment below to let me know where my next holiday should be! 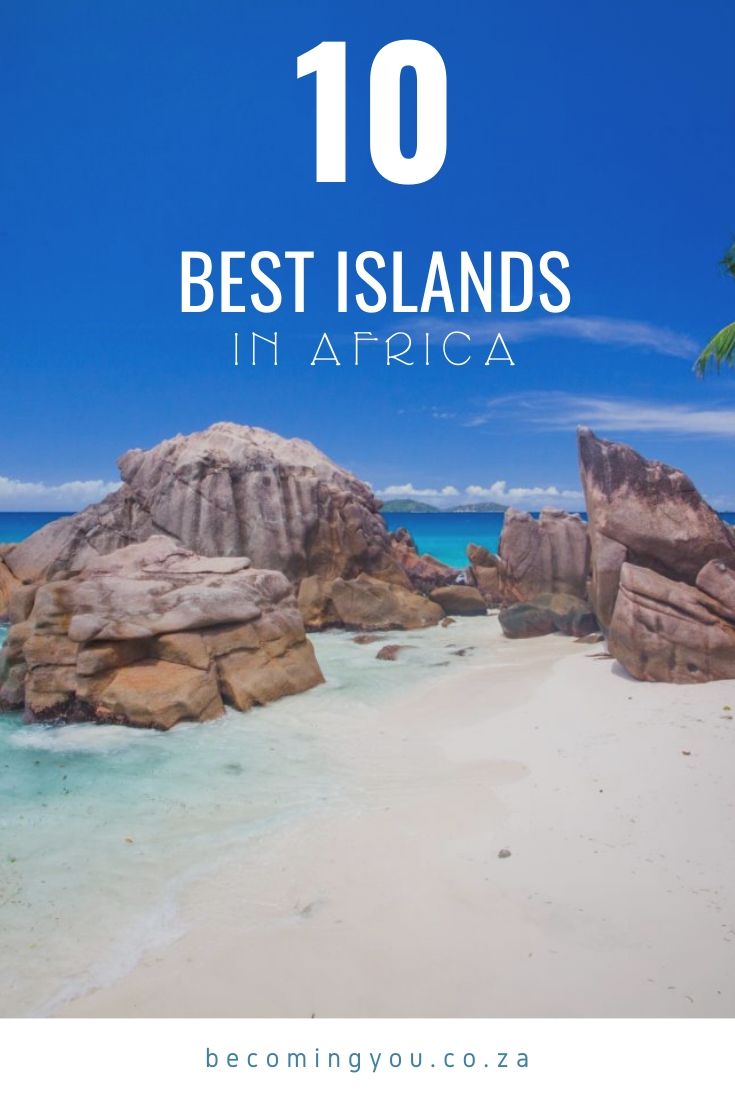 Search this site
About the Author

Hi, I'm Kathryn. Thanks for visiting my lifestyle & travel blog which I've been writing daily for over 9 years!

I am a mom of 2 from Cape Town, South Africa and I blog to connect with the world and remind myself of who I am aside from someone’s mom - travel, style, family, decor, photography... inspiration!

Made with ♥ in Cape Town, South Africa with the help of Web2Web © 2010 - 2018 Kathryn Rossiter All Rights Reserved