Lately I have developed a bit of a girl crush… on Taylor Swift. I know that makes me sound like a teenager but I really don’t care! I love everything about her and have been playing the one CD of hers I own on repeat – much to my husbands’ despair… wait a few years and there will be no escaping this music my love (we have a toddler girl who will become a preteen all too quickly!)

Anyway I’m not only loving her cute and catchy country tunes but also her fashion choices and her All-American girl vibe. She also just seems like such a lovely girl (albeit one with bad taste in men or bad luck in love….) 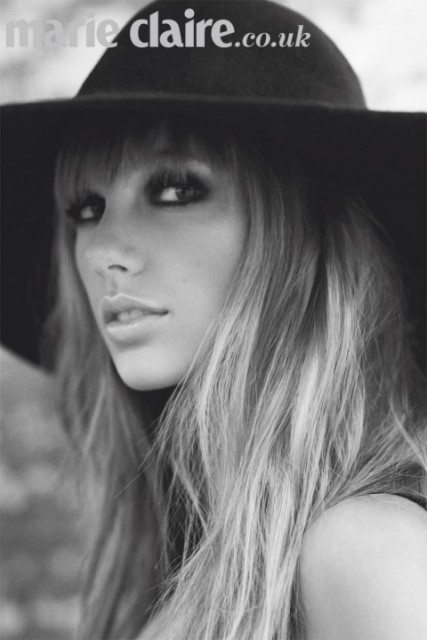 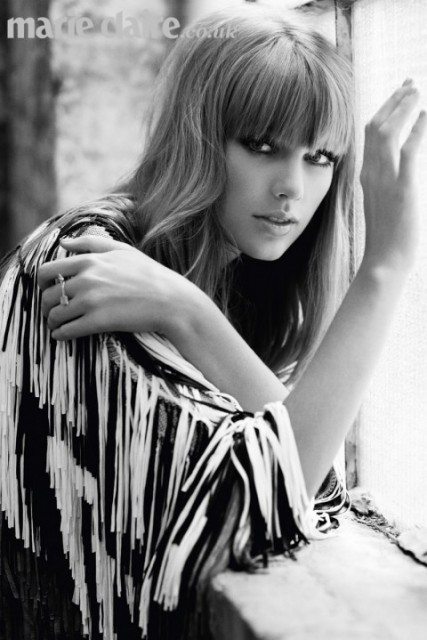 Taylor Swift is featured in the November edition of Marie Claire UK and the photos are gorg!! Don’t you think she looks amazing? I want to be Taylor. Who doesn’t when she is the richest celeb under 30! HAHA.

In the article she opens up a bit about her love life….

‘Even after it explodes into a million pieces and burns down and you’re standing in a pile of the ash of what it once was thinking, “Why did I have to meet this person, why did this have to happen? But then, when you make eye contact with someone across the room and it clicks and, bam, you’re there. In love again.’ 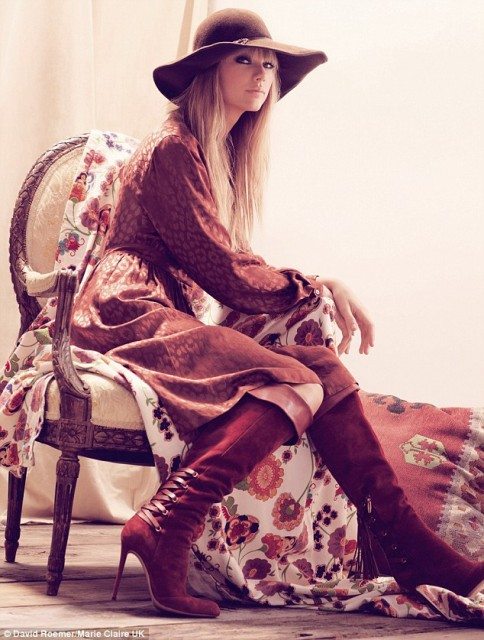 Taylor has become well-known for writing songs about her high-profile relationships. While she is now dating student Conor Kennedy, 18, she has a history of short-romances with some high-profile men. In 2008 she dated Joe Jonas, 23, for three months, with the singer apparently dumping her in a 27-second phonecall, prompting Taylor’s track Forever And Always. She had a two-month romance with her Valentine’s Day co-star Taylor Lautner, 20, in 2009, which inspired her to apologise to him through her song Back To December. Soon after, she had a brief fling with John Mayer, 34, which is said to have inspired her song Dear John. Her high-profile relationship with Jake Gyllenhaal, 31, ended in December 2010 after just two months. That romance is rumoured to be behind her latest hit single We Are Never Ever Getting Back Together.

When asked why she keeps dating unsuitable men who don’t appear to want long-term relationships, she replies:

‘I think I have to trust that you end up with the person you’re supposed to end up with, and that everything in between is there to teach you stuff. Plus it makes for great stories when you’re older.’ What I... Jude from Colour Giggles