Last week I popped in at the delectable Lindt shop in the Cape Quarter for a brief introduction to their amazing new Valentines Day #LoveLindorSA campaign (if you love Lindt and haven’t popped in there yet – where have you been?)

During the week leading up to Valentines Day on Saturday, LINDOR is running their stunning Perfect Proposals competition – a wonderfully romantic campaign which saw the 5 winning couples (who were chosen as winners from various printed publications) prepare a secret proposal for their other half and have it filmed by the team from Lindor.

These aren’t just any proposals…. entrants had to get really creative and make romantic dreams come true with a little help from LINDOR of course!

Now the videos of the 5 proposals are available to watch online… and what’s more the public get the chance to vote for their favourite romantic proposal. The voting closes on Friday (13 Feb) at midnight and the winning couple will be announced on Valentine’s Day! The grand prize is a honeymoon to the value of R30 000 (in either Mauritius or a 5-star game lodge) plus all the 5 finalist couples will receive a LINDOR wedding cake and 500 truffles for their special day! 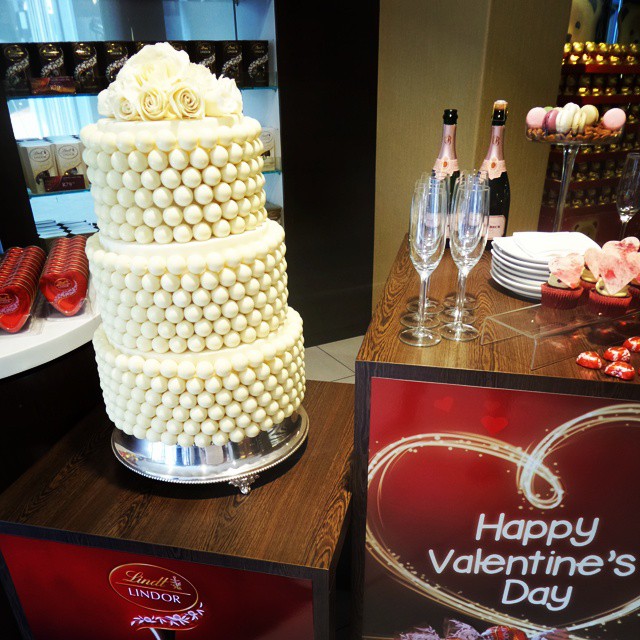 How delicious does this cake look….. Might have to renew my vows just to get to enjoy one of these!!

What’s more is that each time you vote for your favourite, you stand a chance of winning a LINDOR hamper for your very own Valentine!

AND I’m giving away a little LINDOR hamper of my own worth R150. All you need to do is watch all 5 videos via the competition tab on Lindt’s Facebook page, vote for your favourite AND LEAVE A COMMENT ON THIS BLOG POST TELLING ME WHICH YOU VOTED FOR! Ends Fri 13 Feb!

Or read on to find out more about the 5 couples…. 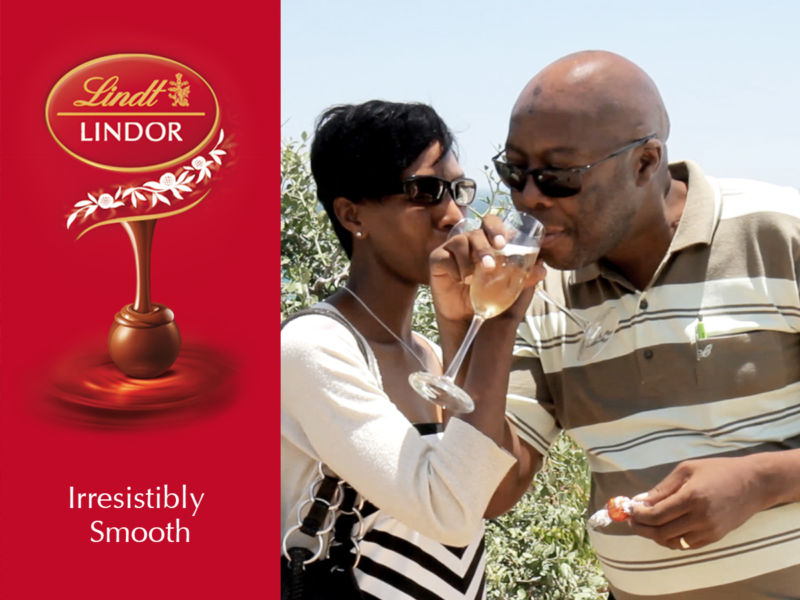 Thabo and Joyce Molemohi are no strangers to matrimony, having tied the knot for the first time way back in 2006. However, Thabo felt once wasn’t enough, and wanted to give Joyce the elaborate proposal he felt she deserved. And so a plan was hatched to orchestrate him popping the question in a place the couple has always wanted to visit – the Twelve Apostles Hotel and Spa in Cape Town.

Joyce was told that the couple had won a night’s stay at the hotel, and so, as they flew to the Mother City from their hometown of Joburg, she had no idea that she was about to be asked to renew her vows. The couple was met at the V&A Waterfront helipad, and one of our cameramen posed as a snap-happy tourist as he captured Thabo’s romantic in-flight helicopter proposal, the jaw-dropping Cape Town scenery serving as a striking backdrop to the magical moment.

After Joyce’s acceptance of Thabo’s proposal, a day and night of luxury at the 5-star establishment followed, with spa treatments and a decadent three-course dinner rounding off the lavish proposal, not to mention a suite awash with champagne and decadent LINDOR Milk Truffles. 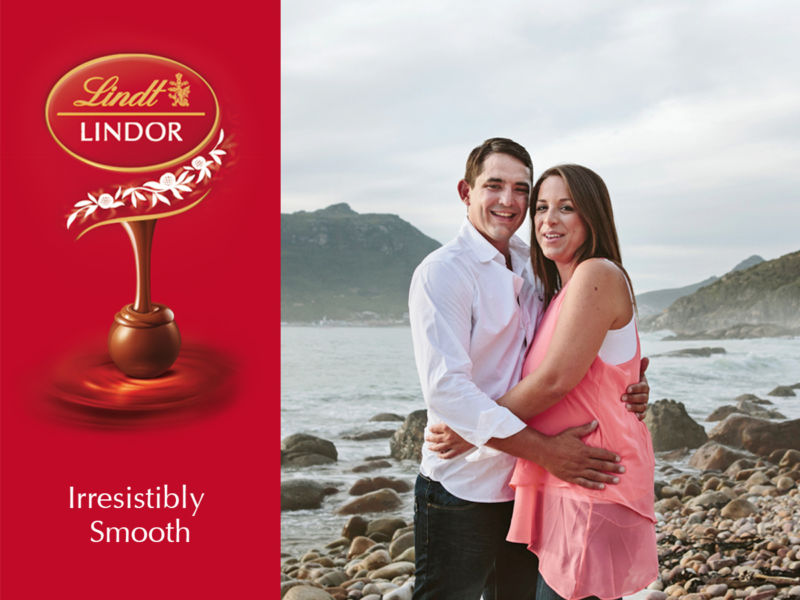 When Dawie told Janca, his girlfriend of 7 months that he’d been given a romantic photo shoot for his birthday by his mother, she had no reason to suspect anything else was at play. After all, the shoot was set to take place on Dawie’s birthday.

The Cape Town couple was taken to the 5-star Tintswalo Atlantic Hotel at the foot of Chapman’s Peak, where the stage was being set for Dawie to pop the question. Unaware that the ‘photographers’ were actually crew members and that the cameras were rolling throughout, Janca readied herself for the spectacular shoot, the Sentinel mountain in the background.

As the sun began to set, Dawie got down on one knee and asked Janca to be his wife. There was no saying no to this impressive proposal, and Janca effusively agreed to be Dawie’s bride. A splendid dinner and a night in one of the hotel’s luxury suites completed the couple’s perfect day, and there were plenty of LINDOR Milk Truffles on hand to sweeten up this memorable occasion. 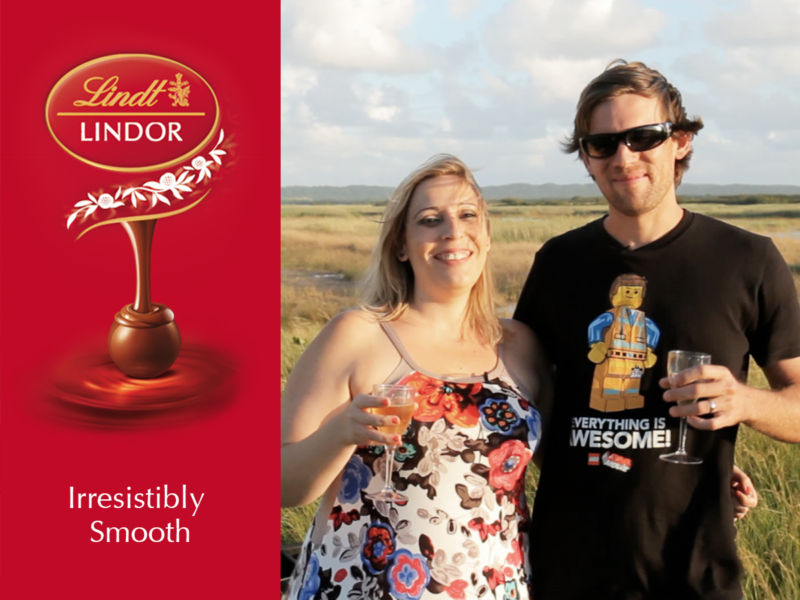 Sharon Williams had the biggest challenge on her hands, as she was set to propose not just to Jarred, her boyfriend of 3 years, but also to his 5-year old son in an attempt to unite them as a family.

Under the guise of having won a Facebook competition, the Umhlanga couple was transferred to the luxurious Makatana Game Lodge in northern Kwa-Zulu Natal, where our production crew, who were supposedly there to shoot a promotional video for the lodge, asked them if they’d mind having their game drive filmed.

Having agreed to partake, the couple set off on a romantic sunset game drive, and in a secluded spot in the middle of the African bush, Sharon dropped to one knee and popped the pivotal question, the sounds of game and the setting sun forming the perfect backdrop.

Any concerns Sharon might have had evaporated as Jarred accepted her proposal, before the couple were shipped off to a private dinner on a lake, surrounded by sparkling wine and indulgent LINDOR Milk Truffles – the perfect way to end a magical day.

4. The height of romance 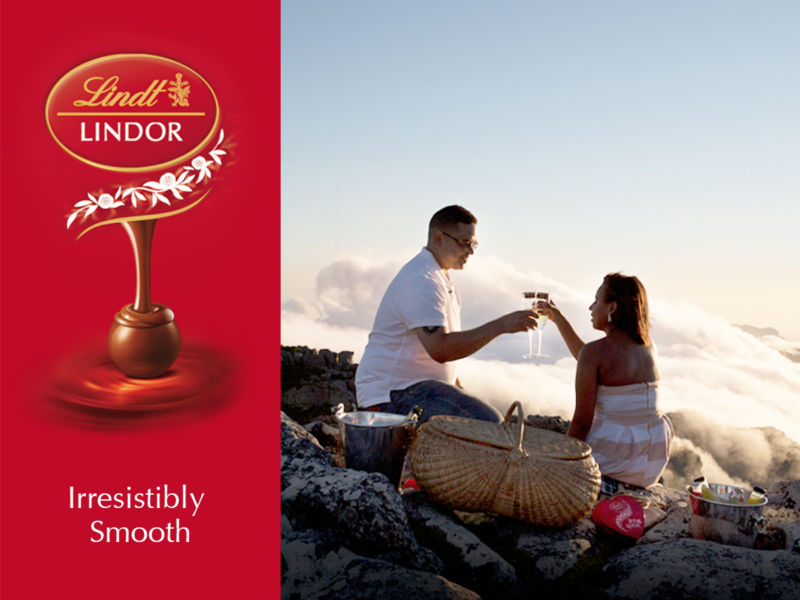 Tyrone Press has never been one for half measures, so when he decided to propose to his girlfriend Lisa, he wanted to make it a grand gesture. And where grander than Table Mountain, one of the newly crowned 7 Natural Wonders, to pop the question?

Under the auspices of having won a cable car trip and picnic, Tyrone and Lisa headed up the mountain on a beautiful Cape Town summer’s evening, the camera crew supposedly present to document the prize winners enjoying their spoils.

At the summit, a romantic picnic basket, replete with all the couples’ favourite foods, awaited, and as the sun started setting over the Atlantic, Tyrone revealed an engagement ring that had lain concealed in a heart-shaped box of LINDOR Milk Truffles. 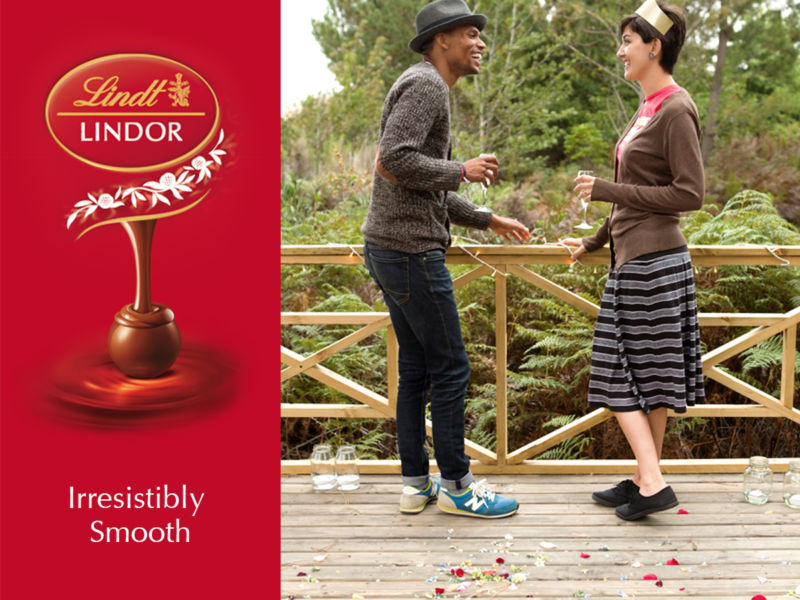 Ivor and Nadine have always enjoyed an uncomplicated relationship except for one small fact – they live in different cities. But despite living on opposite ends of the country, there was no doubt in Ivor’s mind as to where the proposal should take place – the Old Mac Daddy Trailer Park in Elgin, a destination they’d both long wanted to visit.

Pretending he was flying from his native Joburg to Cape Town for a church camp and meeting, Ivor suggested that he and Nadine, a local Capetonian, enjoy a hike and lunch at the Old Mac Daddy.

With cameras hidden in the bushes and trees, the couple embarked on a walk through breathtaking woodland scenery, before settling in for a romantic lunch comprising all their favourite foods. Having enjoyed their indulgent meal, complete with plentiful LINDOR Milk Truffles, Ivor serenaded his girlfriend with her favourite song before dropping to his knee and popping the all-important question – the answer to which was the one he desperately wanted to hear.

Having now elevated their relationship status to ‘engaged’, Ivor and Nadine then enjoyed a beautiful evening in one of Old Mac Daddy’s renowned trailer park suites before returning to Cape Town the next day to start planning their future together.

A visit to the Stone Town Market, Zanzibar

What I... Maz from Caffeine & Fairydust