During supper of the previous evening we had chatted to our ranger and he got a better idea from us about our needs and expectations for the trip – if there were particular animals we wanted to see or things we were keen to focus on during our time at Samara. Tendai also checked with us about what time we were keen to get going on our morning game drive as he wanted to fit it around our kids!

We opted to have a more leisurely start to the day after our early start the previous morning (4:30am is NOT my preferred waking time!) so we headed back to the lodge for breakfast at 8am with the plan to head out into the bush again at 9am. 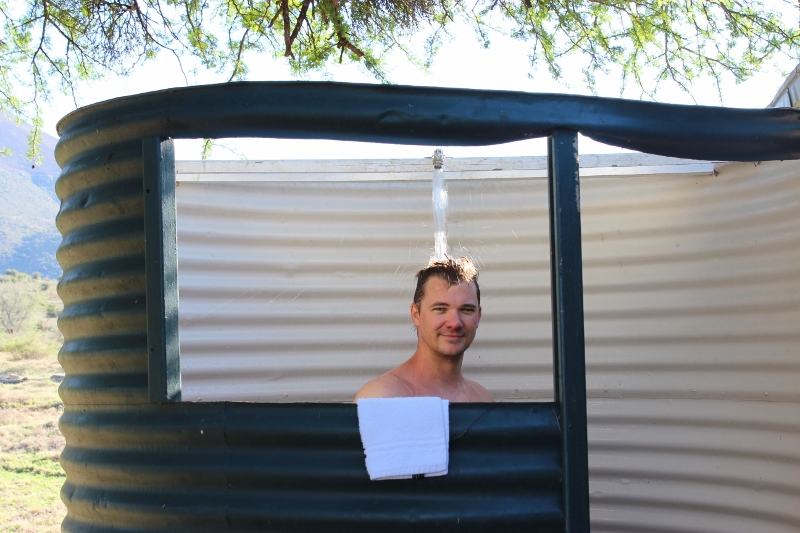 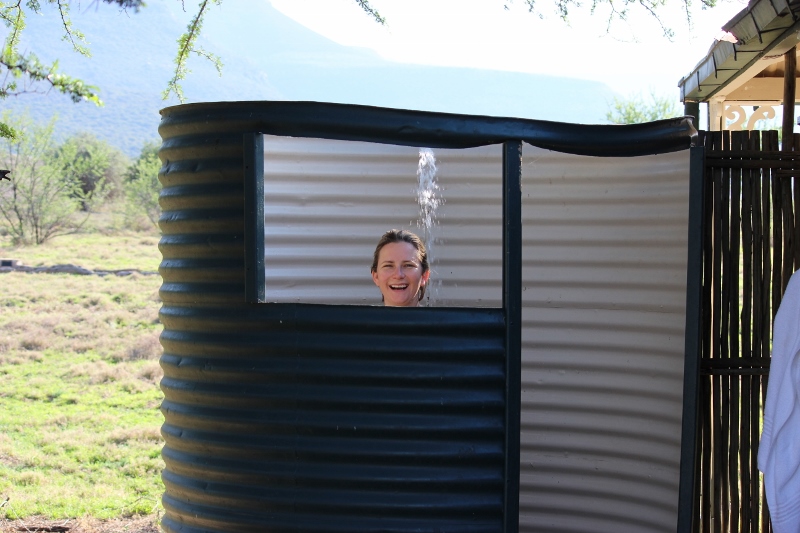 After our chat the previous night our ranger knew we were really keen to see one of Samara’s famed cheetah, as we had read up about their amazing Cheetah Conservation Project and their world-famous “cheetah-lebrity”, Sibella.

Cheetahs are a one of the main focuses of the conservation efforts at Samara. In this fenced reserve with few outside threats and no superior competitors such as lion and hyena, the Samara cheetah population has flourished. It has been estimated that the last wild Cheetah in the area was seen 125 years ago. Cheetahs were heavily hunted in the Great Karoo and Eastern Cape areas and the Samara Cheetahs made conservation history as the first to return to the area after 125 years.

Sibella was born in the wild but her life nearly ended at the hands of hunters! After being savagely treated in captivity, she was fortunate enough to be rescued and underwent life-saving surgery and rehabilitation at the De Wildt Cheetah and Wildlife Trust. In December 2003, Sibella started a new chapter in her life when she, along with two males, was released into Samara.

Despite suffering the occasional twinge from her previous injuries, Sibella has proved herself to be a capable hunter and has successfully reared 20 cubs in the time she has been at Samara. She has played a vital role in the rejuvenation of this once endangered species and she herself has now contributed to 2% of the wild Cheetah population in South Africa through her offspring!

Our drive through the bush was slightly different this time as we were on a mission to track one of the collared cheetahs in the reserve. This involved a few stops and a lesson in how to use the tracking device to narrow down the possible location of one of them. It made for a very exciting adventure!! 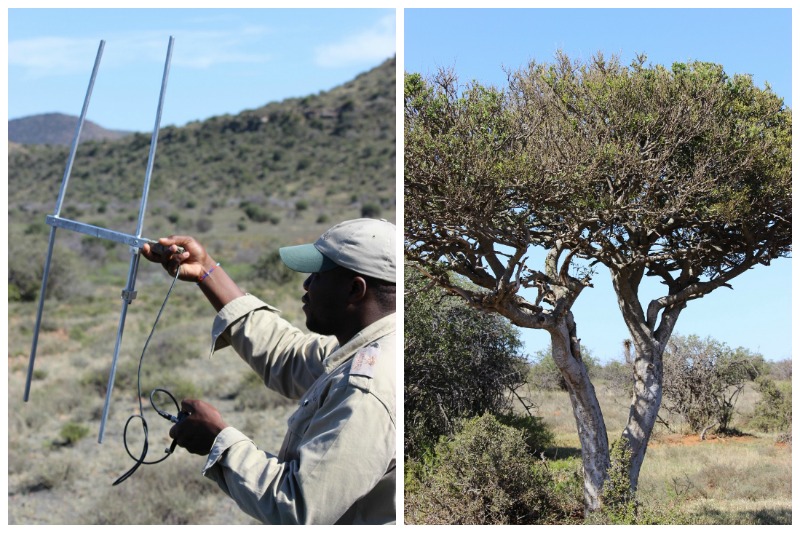 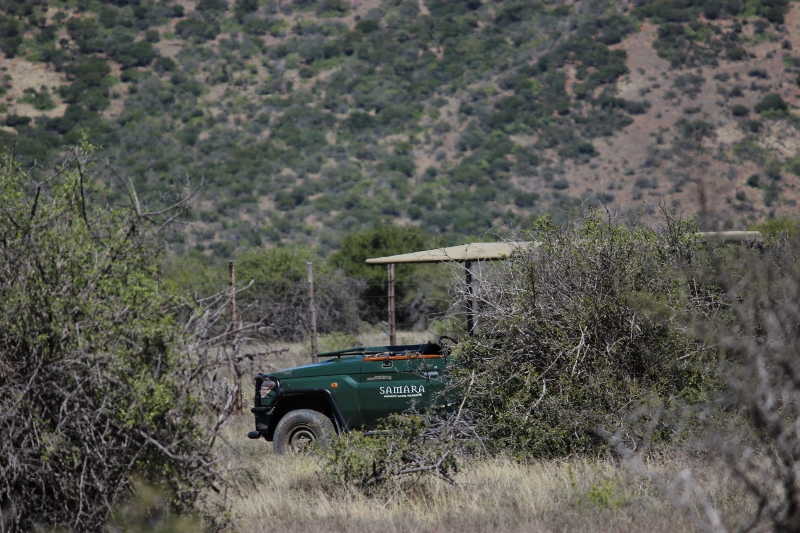 After a few more checks, Tendai finally stopped the vehicle and then proceeded to tell us to get out and follow him in single file into the bush! WOW I hadn’t expected that at all! But then again if you want to catch a glimpse of an animal in their wild habitat you have to take step out of your comfort zone!

By now it was nearing midday, the sun was high and the mercury was hot! Tendai led us quietly through the bush, looking for any signs of activity – there wasn’t much at this time of the day! And then out of nowhere he stopped and pointed in the direction of a bush not 50m away from us. One of the youngest of Sibella’s cubs, her daughter Chilli, was “chillaxing” under the shade of the bush. She lifted her head and looked in our direction but seemed completely at ease with our presence – as long as we kept our distance! 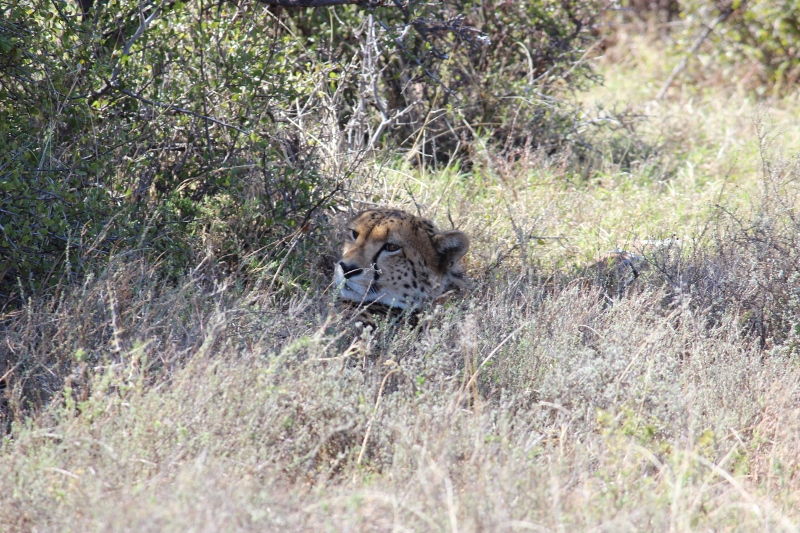 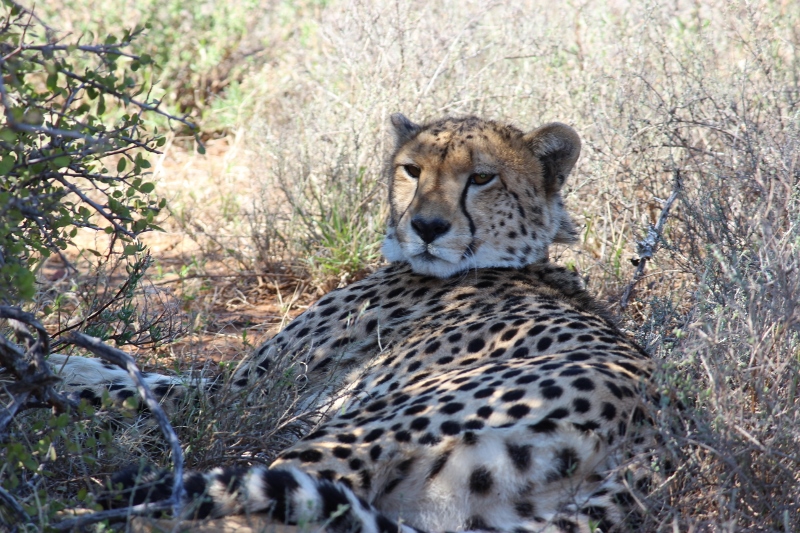 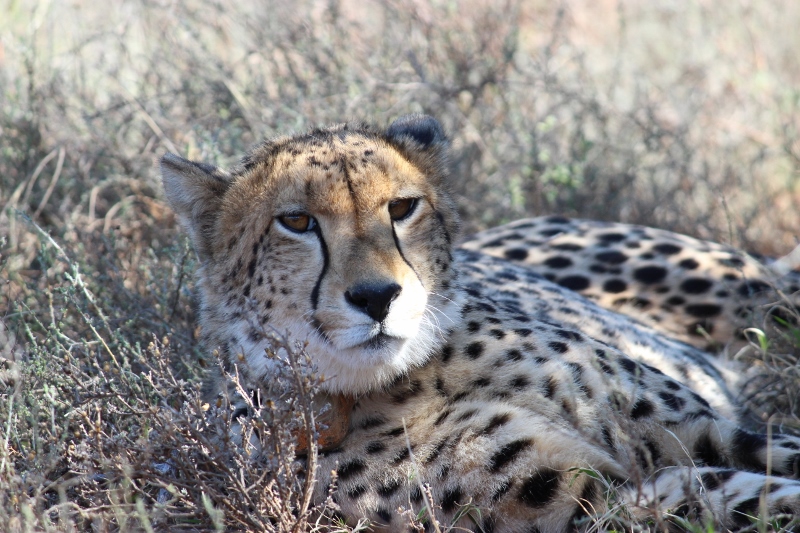 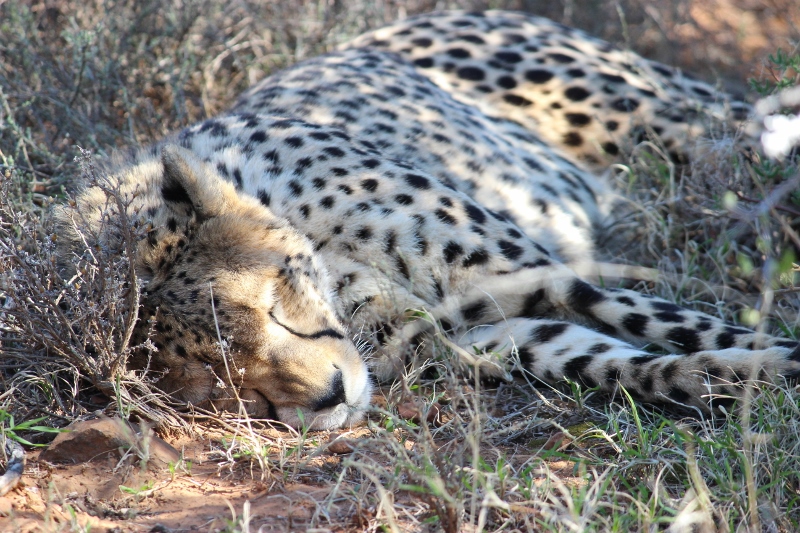 Slowly we inched forward to get a closer look (and better angle for our cameras!) It was incredible! Such an awe-inspiring moment to be just metre’s away from a wild cheetah…. And the fastest animal in the world didn’t more a muscle, she just lowered her head to continue her nap! We continued walking around the other side of the bush to take in another angle and managed to get a little bit closer, up popped her head to asses the situation, we locked eyes and it was the most beautiful thing in the world! I was blown away by her incredible beauty and strength – seeing her long, lean legs, swishing tail, soulful “tears” was incredible and I was on an adrenalin high the rest of the day!

After spending about 20 mins with Chilli it was time to move on and give her some space. We hopped back in the safari truck to head to Karoo Lodge for lunch. But no drive through the bush is boring, as we made our way back we came across a gorgeous giraffe, a herd of Burchell’s zebra along with a few kudu, a troop of baboons and another one of monkeys, plus a shy waterbuck near the river. It was a wonderful morning spent in the bush and we arrived back feeling elated at all our awesome animal sightings! 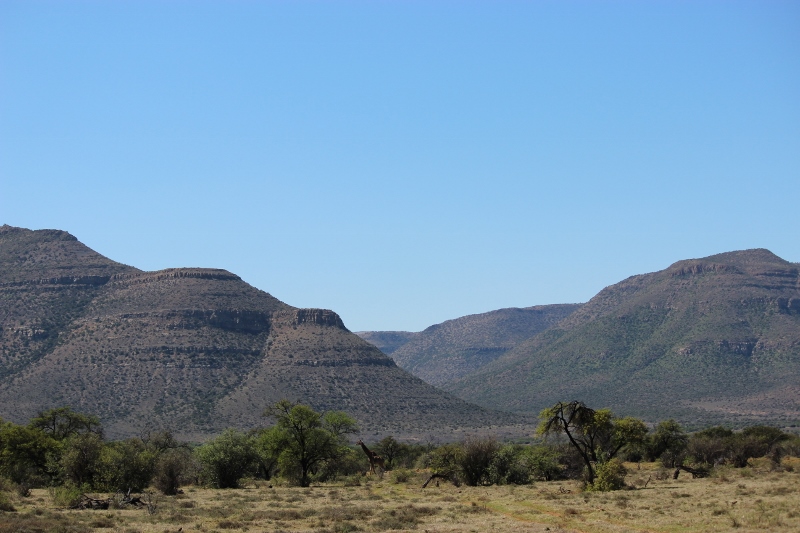 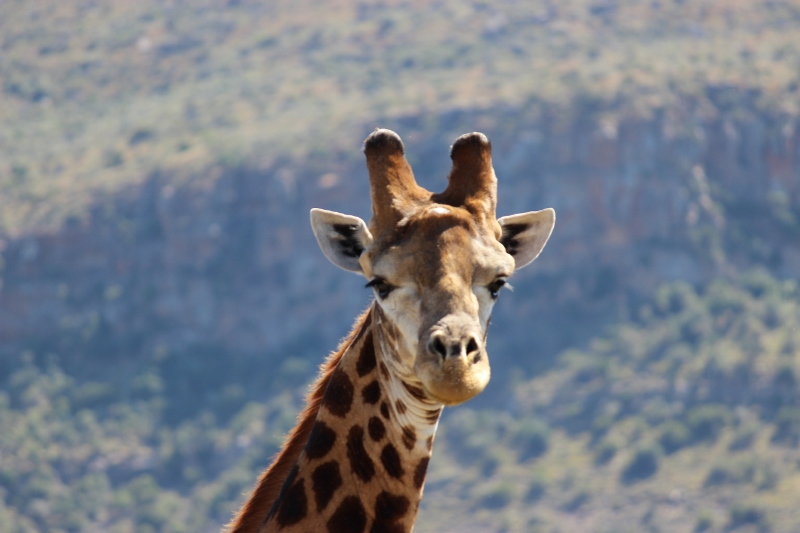 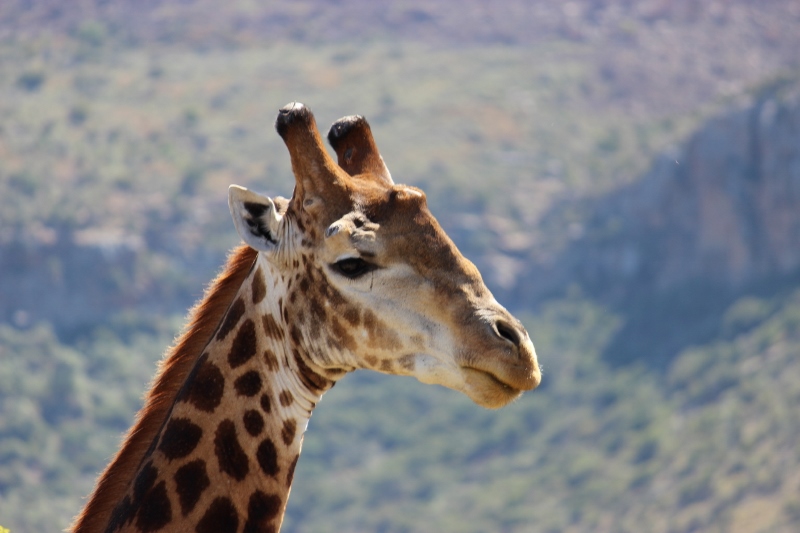 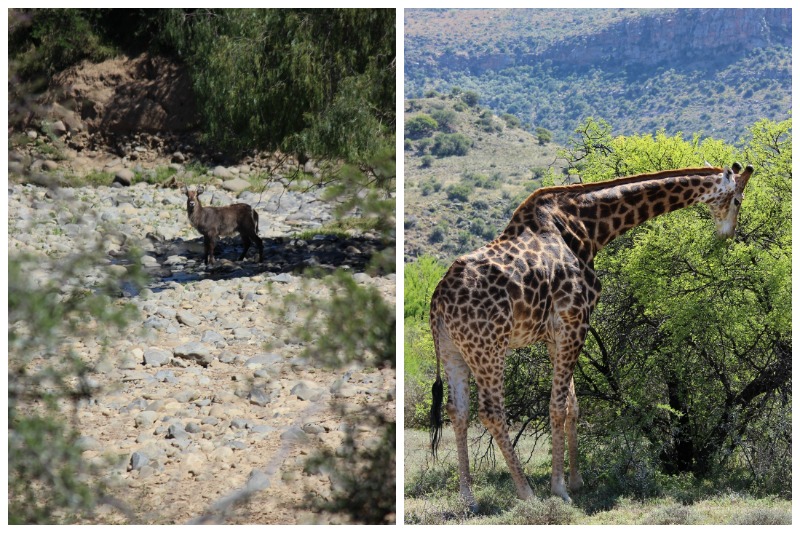 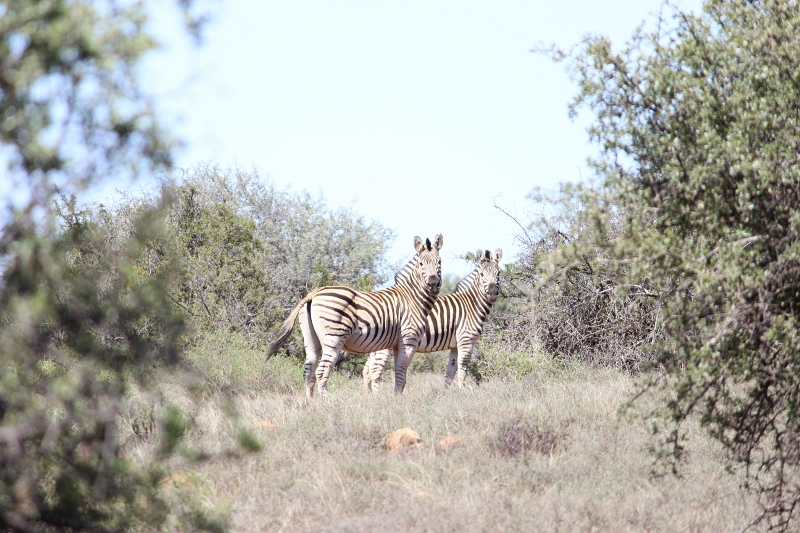 With a short while to wait until lunch was served on the colonial style veranda overlooking the bush, there was some down time to catch up on my emails using the wi-fi at the main lodge, read a few pages of my book and put my feet up while enjoying the shade of the magnificent oak tree and a refreshing cold drink! The kids too cooled down – with a swim in the rather cold swimming pool – just a few metre’s from my lookout spot. 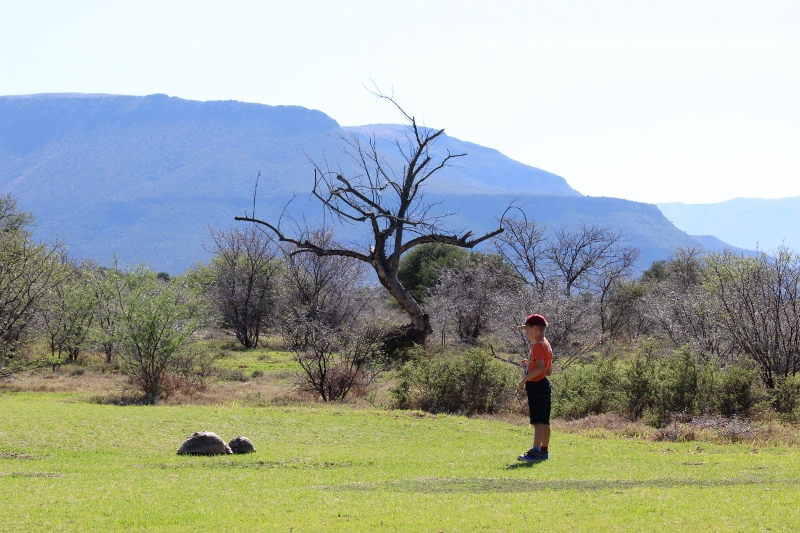 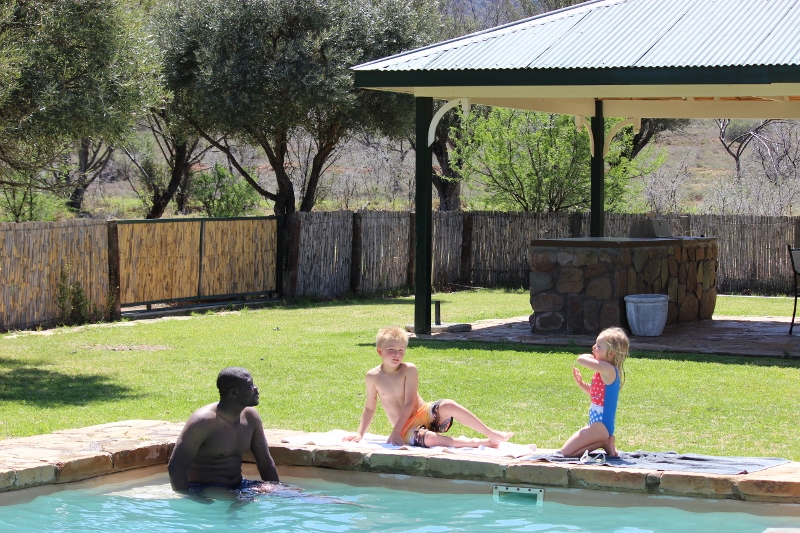 Then it was time for a well-deserved nap in the coolness of our air-conditioned room… in preparation for our trip to the top of the Camdeboo mountains later in the day! But you’ll have to come back next week Monday to find out more about that breathtaking experience!

Taking your kids on safari? Read these tips!

Samara offer a discount to all South African residents (SA ID number required) to stay in the Karoo Suites. Call Jenny at Samara Reservations on +27 (0) 23 626 6113 for more information.

(Valid only at Karoo Lodge and excluding Sibella suites. Direct bookings only. Valid until 10 December 2014 and subject to availability.)

Interview with a Health Product Distributor