It’s not often you come across an actress with worldwide fame who still sounds like they could be a good friend! Reese Witherspoon must be one of the most likeable actresses in Hollywood. I recently came across two interviews with her which confirmed that she is definitely someone I could spend an afternoon chatting to over a cup of tea! Not only is she incredible beautiful but seems to have a fun sense of humour too.

I adore these gorgeous, glam shots of her which accompanied the interview in Glamour magazine. I also really admire her style especially as a mom on the run. What makes her even more “real” is that in the interview she admits that she has to work out five days a week and tries to eat a healthy diet. So that explains the toned body! At least we know it’s not “natural” like some celebs claim! 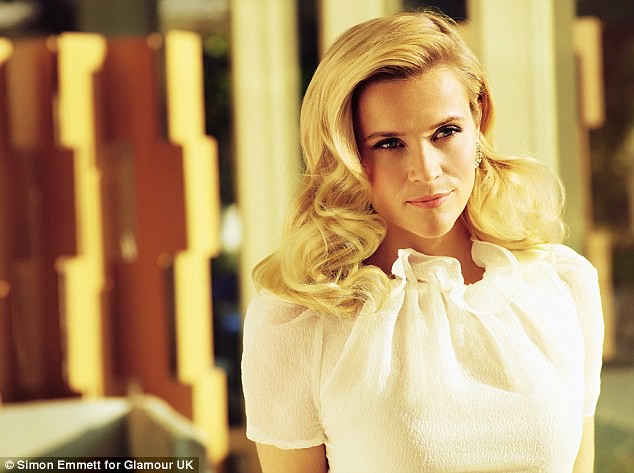 Here are a few of her recent comments:

On plastic surgery: ‘I’m not for it. I’m not against it. I have plenty of friends who do stuff and if it makes you feel good, great. But I don’t think it’s the fix for some sort of unease that you’re having about who you are as a human being. I don’t think I need plastic surgery at this point. Can we just go day-by-day on that one?’

On filming a scene in her underwear (for This Means War): ‘I don’t worry about it. I have the body I earned. I had two kids and I’m still strong and healthy. And you start to have a different respect for your body the older you get. Instead of tearing yourself apart all the time, you start to go “Oh wow”.’ 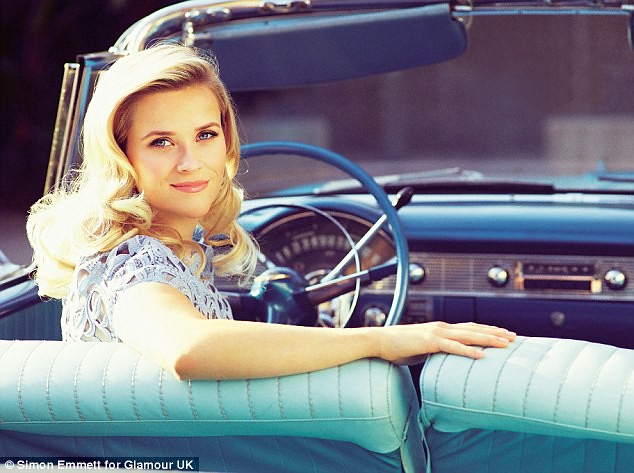 On shopping: ‘I have this fixation about this black leather The Row (Mary-Kate and Ashley Olsen’s fashion label) purse, but it’s so prohibitively expensive, I will not allow myself to buy it. I literally go to the store to visit it. Too much money – it feels decadent. I can’t wrap my brain around it. If I bought it, I’d only feel upset about it and take it back.’ However she did justify her recent purchase of a black Valentino bag, saying ‘it’s super-plain and beautiful and just feels like something you’ll have forever’.

On her recent accident (she was knocked over by a car while jogging): ‘I was jogging and I got hit by a car, it’s not funny at all. They said I am very hard headed because I landed right on my head and I have a scar, hence my new hairdo. I don’t remember much about it but miraculously and thank God I am fine.’ 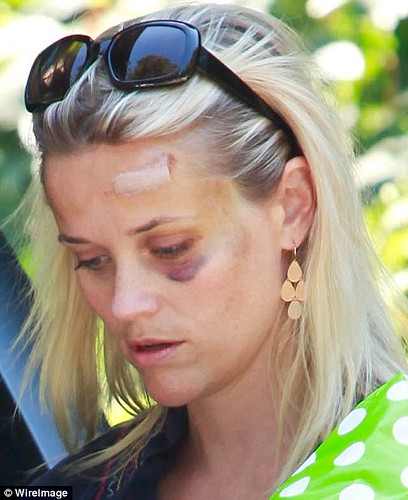 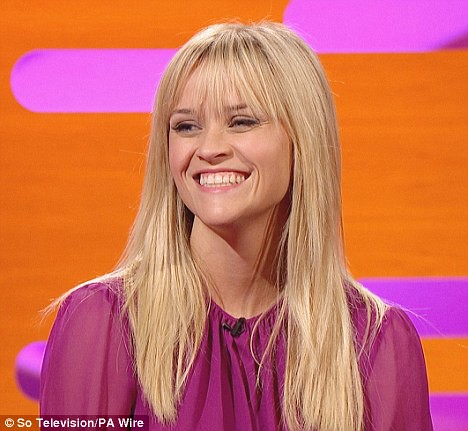 Many Hollywood stars get a fringe for a new look or to give a more youthful appearance but Reese decided to cut her hair after she was left with a scar following a road accident in September. The Oscar winner ended up with a cut on her forehead and a black eye after she was knocked down by a pensioner’s vehicle while jogging. Witherspoon refused to press charges against the 85-year-old driver, who was cited by police for failing to stop for a pedestrian. However, the actress joked the pensioner was now using a bus instead! 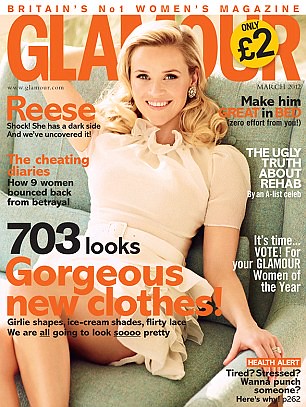