For over 25 years I’ve lived in Cape Town and yet there are still some things that I’ve never done….

Living in a city often means that you do just that, you live, and you stop exploring. You don’t look at your home town like the thousands of tourists who visit it do.

During the last school holidays I set aside one day to do something with my kids that I had never done… A visit to the Noon Gun on Signal Hill. And I wanted to coincide our visit the the 12 noon daily firing of the cannon.

There would be no point arriving at 12:01 so we had to make every effort to arrive on time. Not an easy feat for my family in holiday mode…

Fortunately, with some forward planning and the help of Google Maps we arrived about 20 mins before the actual firing of the Noon Day Gun which meant we had a bit of time to wander around and take a look the display of historical cannons and war machinery, as well as take in the incredible views over Table Mountain, the City Bowl and the Waterfront precinct, including Cape Town Stadium. 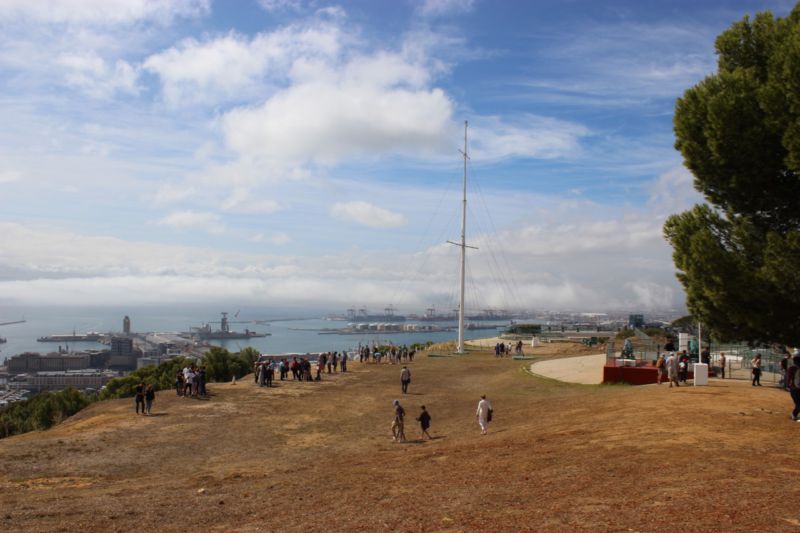 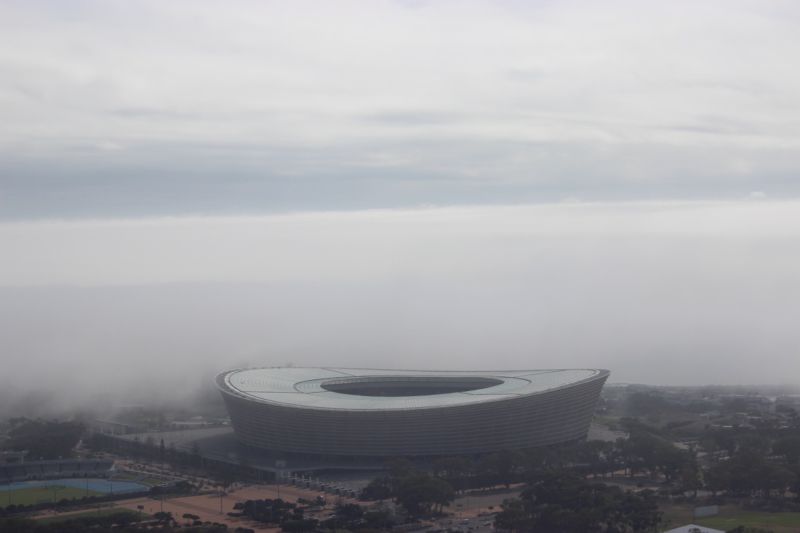 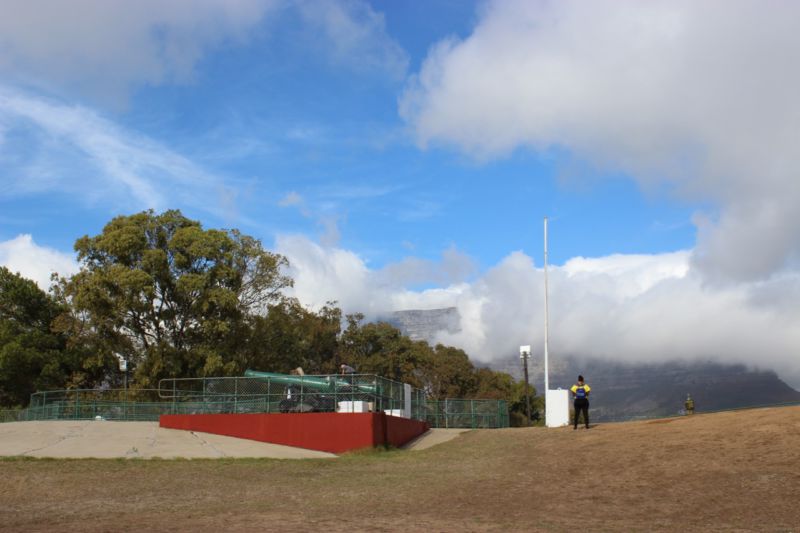 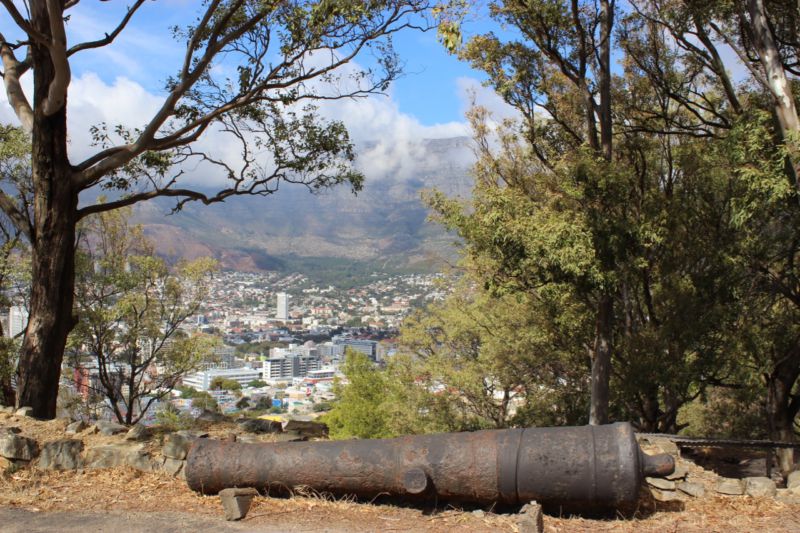 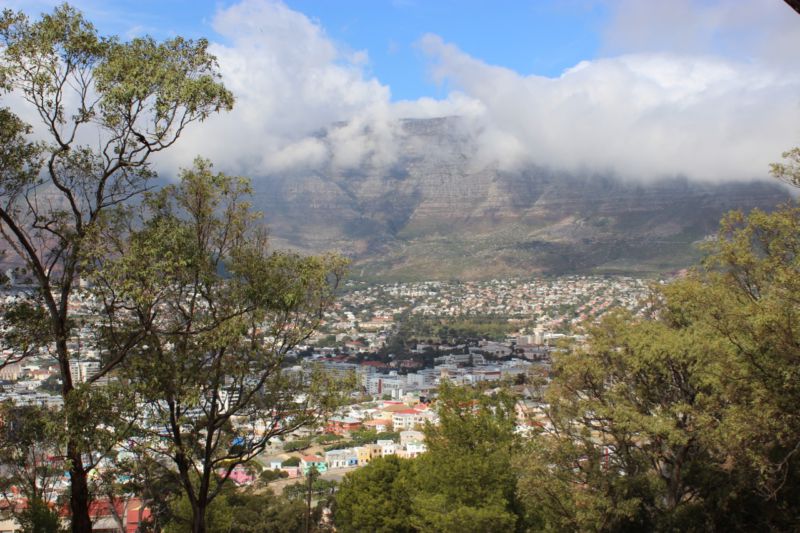 About 10 minutes before the actual firing of the gun, the navy officer in charge of the daily firing did a short talk about the history of this daily event, including why it was started, how often it has happened and how it actually works…

There are actually 2 cannons, both prepped for firing. The firing happens automatically when a signal comes from the SA Observatory 10 milisecond before noon and this triggers the cannon to fire the gunpowder (no cannon ball!) at prescisely 12 noon. Should there be a misfire then the second cannon will fire. There has only been 1 occasion when BOTH cannons failed to fire! They also keep a record of how many daily firings have taken place since the start of this tradition (originally to alert the ships in the bay to set their clocks to noon). 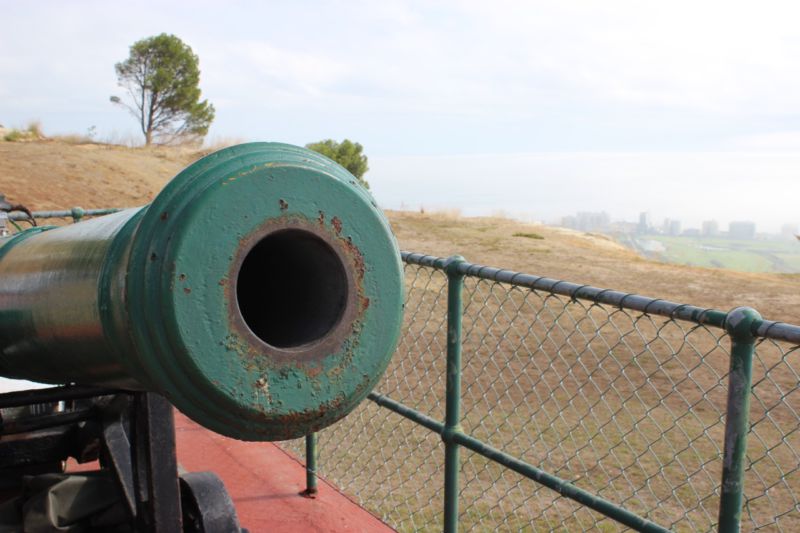 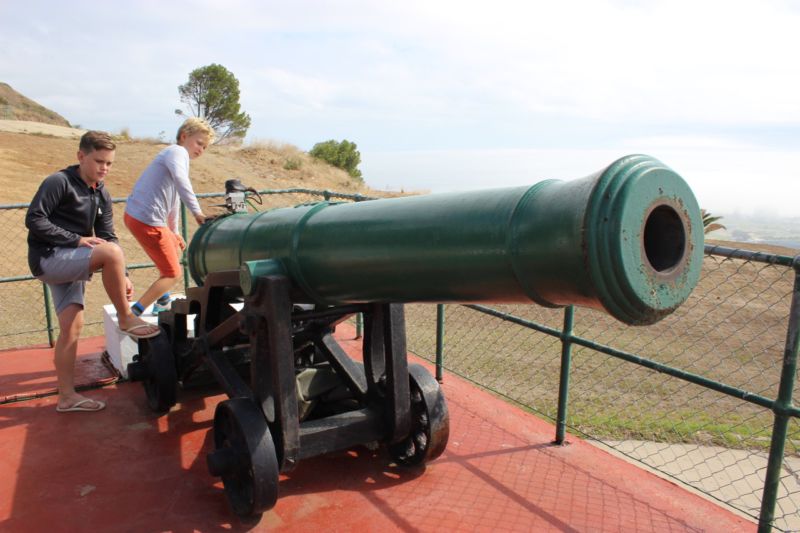 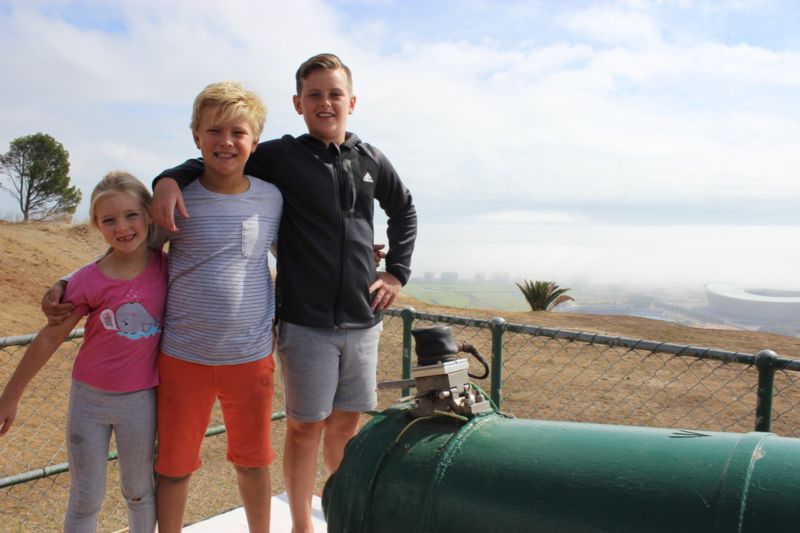 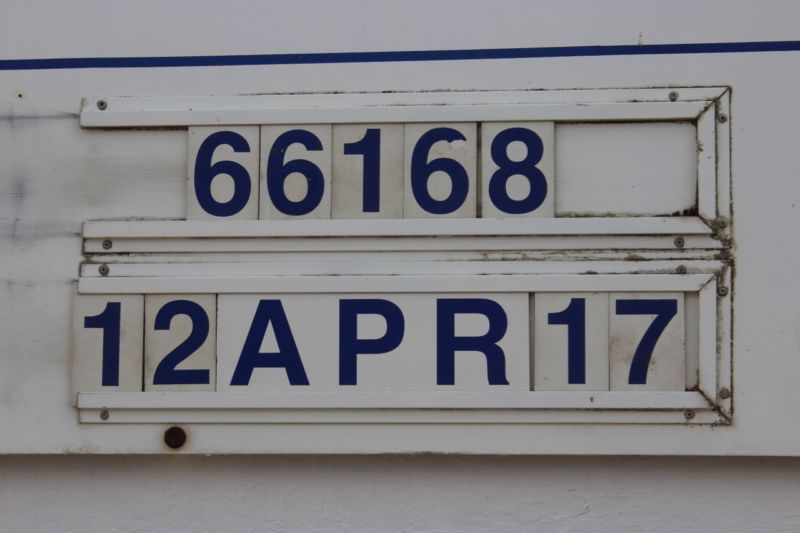 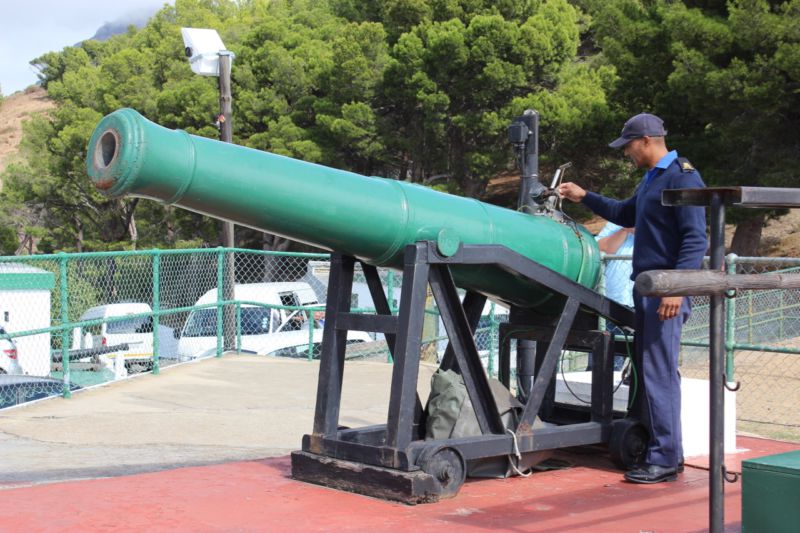 My kids found it really fun and the older ones listened intently to the history lesson while the little ones ran for the cover of the hill, worried about how loud the explosion would be.

The explosion itself happened so quickly, and was very loud. But I blocked my ears so felt it more via vibration through my chest! 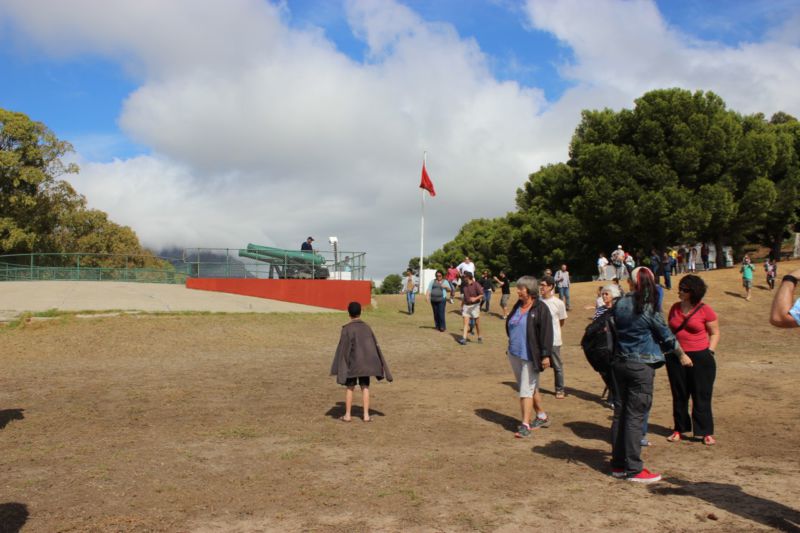 Obviously the boys thought this was AWESOME!!!

The whole outing was fairly short and sweet so we headed down to the Mouille Point sea front to extend the morning. 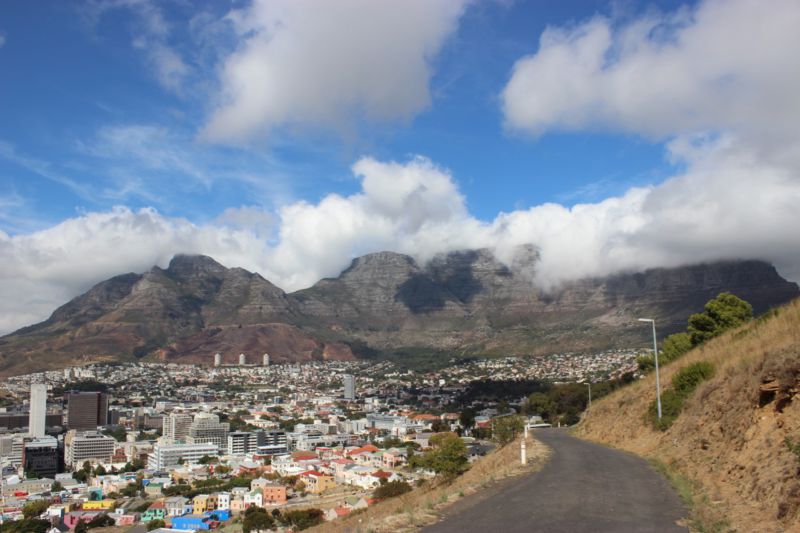 We used Google Maps to help us find the entrance to the Noon Gun. You access this small outpost (belonging to the SA Navy) through the Bo Kaap . The road goes up and up to though the last row of houses and then just keeps going. There are some sign posts. The road is rather pot-holed and a bit harrowing at times but just keep going up and hope you don’t have come face to face with a car going down!! There’s not much space to pass or turn around!