My series featuring moms from other cities around the world sharing their insider secrets has been really well received and I’m so excited to have another post to share with you today!

This week’s My City (with kids!) is all about Phoenix, Arizona. Read on to find out more about the best things to do with kids in Phoenix as shared by local mom of 3 kids aged 4, 6 & 8, Rebecca.

Phoenix is one of the largest cities in the United States, but it’s hard to tell when you’re there. “The Valley”, as locals call it, is so spread out that it barely feels like one city. There is so much more to Phoenix than Phoenix! 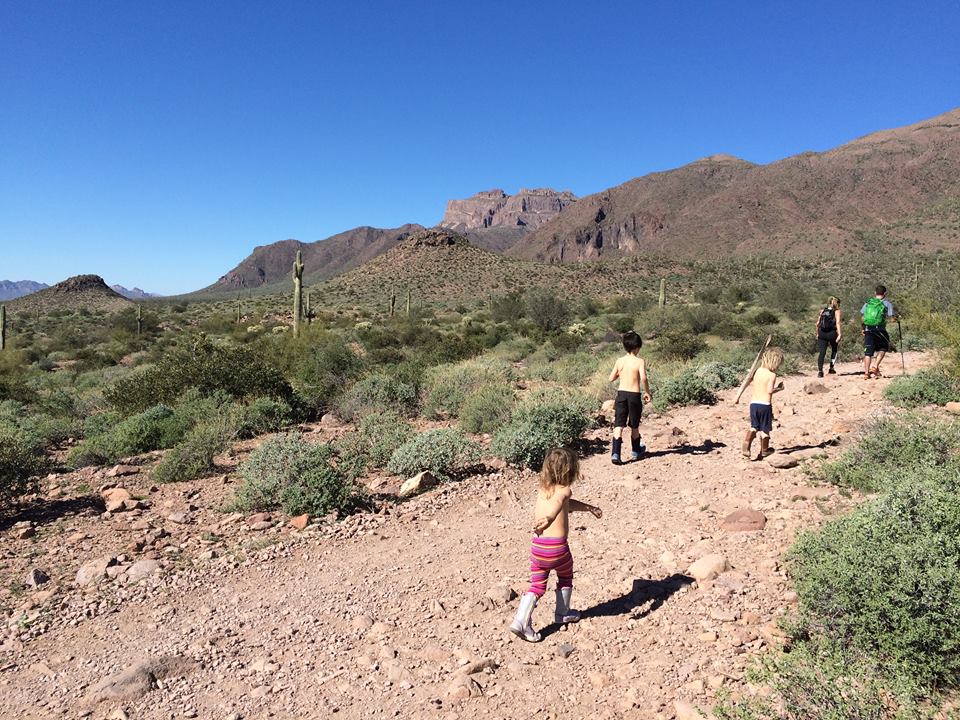 The suburbs of Phoenix are thriving large cities, each with their own personality and each very accessible into downtown Phoenix.

If you are considering a stay in Phoenix with children, the east side is where you want to be. The “East Valley” consists of Mesa, Chandler, Tempe, Scottsdale, and more. It is known for its’ young families and caters to them.

Whether your family prefers indoors or outdoors, there is always something to keep your kids active in Phoenix!

Museums and Indoor Activities in Phoenix

After homeschooling three kids for eight years in Phoenix, I am no stranger to museums! There are plenty to choose from on those hot days. The main museums get very crowded on weekends so it’s always a good idea to go during the weekday.

Children’s Museum of Phoenix is a great museum for kids of all ages, but there is a bit more for the younger crowd. You will find tons of toddlers here weekday mornings. One big draw to the Children’s Museum is its large climbing tube structure. It also has noodle mazes, a fort room, an art room, and more.

The I.D.E.A. Museum in downtown Mesa is another children’s museum that is much smaller. Much of the museum is dedicated to arts and crafts and you’ll find several stations with paper, colors, etc. for your little artist. They have a different theme every few months, keeping it exciting. Permanently, there is a large area for the younger crowd, a blacklit tea party room, and lots of dress-up opportunities.

The Phoenix Science Center is located in downtown Phoenix, near the Children’s Museum. It includes a planetarium and Imax theater (tickets to shows cost extra). The Science Center is fun for all ages, but those over five may get more out of it. They offer free demonstrations and several rooms to explore weather, power, and more.

Mesa’s Museum of Natural History is another fun one in downtown Mesa. It offers dinosaur replicas and a multi-level prehistoric scene that floods every hour. It also offers more recent history lessons with an old jail and gold panning. This is a great museum for all ages and is generally not very busy.

The Hall of Flame is the best museum for kids interested in firefighting! It has several real old fire engines on display, some kids are allowed to play on. It is a lesser known museum and hardly busy.

Fairly new to Phoenix is Lego Land, a small version of the theme park, housed inside of Arizona Mills Mall. 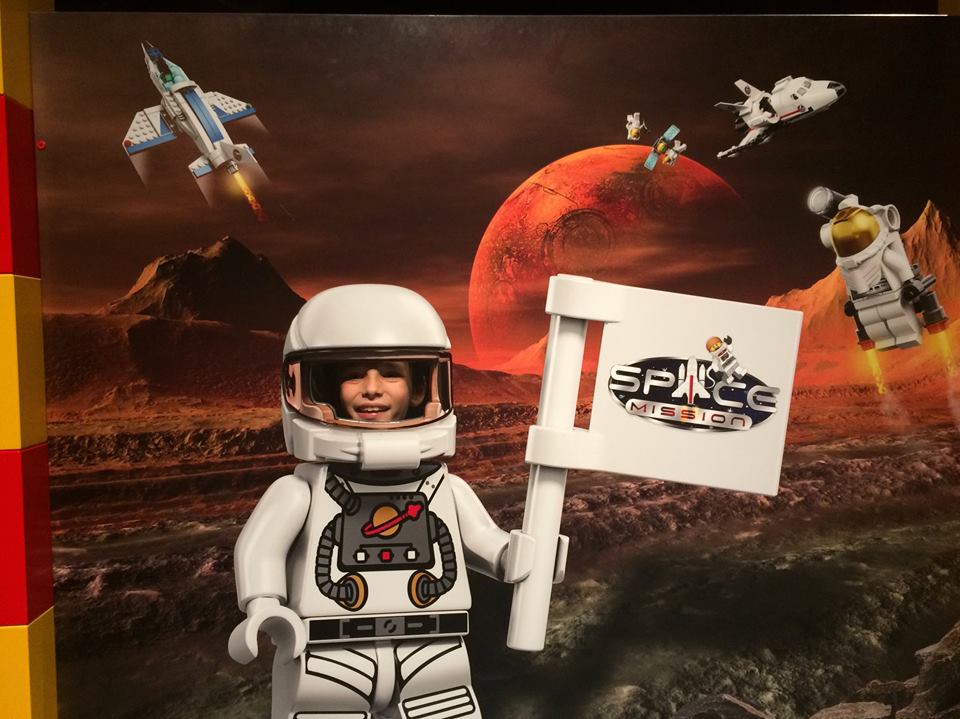 Sea Life is next door and you can get deals when you buy tickets to both. Sea Life houses an aquarium and information about keeping the oceans clean. It’s a lot of fun and educational for kids. There is no shortage of trampoline and other indoor play parks in Phoenix. From indoor rock walls, to tube mazes, to trampolines, there are several to choose from when the weather is not nice.

For most of the year, Phoenix is a beautiful place to be outside. Hiking is the most prevalent activity and you’ll find several hiking trails on the mountains around town. Parks, such as Usery Mountain or Lost Dutchman, or South Mountain all offer trails up their several mountains. There are also single mountain paths, such as the popular Camelback Mountain or Hole in the Rock in Scottsdale. 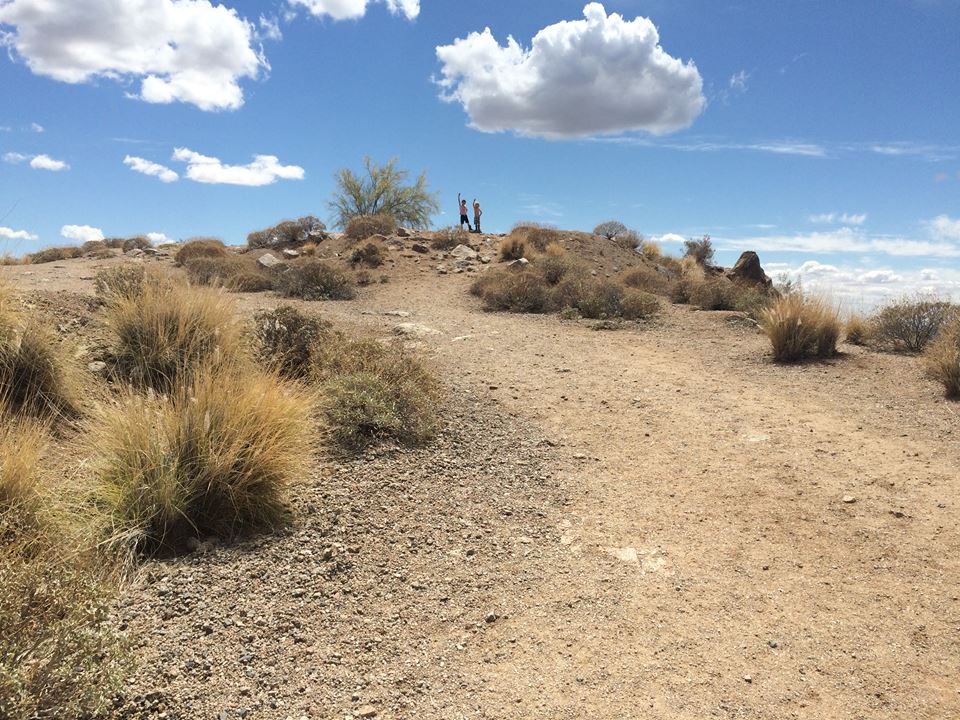 The Phoenix Zoo is a great place to go on a nice day. If it’s a hot day, that’s OK too, the zoo offers two splash pads and a creek for the kids to cool off in! Other than the animals, the Phoenix Zoo offers a lot for children. There is a treehouse and bridge and a covered children’s play area, real tractors to play on, and slides and tunnels. For an extra charge, there is a train and carousel. The Phoenix Zoo can entertain kids for hours.

There are unique and modern parks around most corners, often with biking and walking trails. Some of these trails offer endless fun for the kids, who can wander, learning about the wildlife Many parks include splash pads, which turn on during the hot months.

When it is too hot to be outside in Phoenix, a short drive north into a higher elevation feels wonderful. Arizona offers a variety of landscapes and just north of Phoenix it becomes a high forest, decreasing in temperatures. Camping is prevalent, with many beautiful areas to hike and explore.

Getting Around in Phoenix

Phoenix is not known for its great public transit system. There is a bus system that runs throughout the valley and there is the light rail. The light rail is still limited in its reach so may be hard for tourists to utilize. It does stop near most major museums and at the airport though.

I recommend renting a car if you are visiting Phoenix. Phoenix is spread out, making it more difficult to rely on public transportation, especially with a kid! Tempe, home to ASU, however, is a bike-friendly town with bike lanes throughout.

Although Phoenix is easy to navigate for anyone that can read a map, traffic makes it harder. Rush hour in the area is early morning and mid-afternoon. The highways are generally busy by 3 pm.

The diversity of the people in Phoenix create a wide variety of food. There are many choices in the alternative range, such as vegan or gluten-free restaurants or dishes.
With the heavy Mexican influence in the city, there is a wide variety of south-of-the-border choices. And, of course, the hot weather brings plenty of smoothie and ice cream shops!

Living in the desert has its advantages and disadvantages. The almost constant sunshine is a good excuse to be outside, having fun. But some months make it nearly impossible to be outside for long. June through September sees high temperatures regularly over 100 degrees, often over 110. The nights stay in the 90s, offering no relief. The pool or indoors is the only place anyone wants to be!

The rest of the year makes up for the extreme hotness with its mild temperatures. It’s often in the 70s, or even 80s, in the winter, though it gets chillier at night. The sun stays out, which makes winter much different than most places in the country.

If you are coming to visit Phoenix, it will be busier and more expensive in the winter. Planning your trip during the summer, while hotter, is much cheaper. Some of the nicer resorts have great deals and huge pool areas for the kids!

My City (with kids!) – Phoenix, Arizona 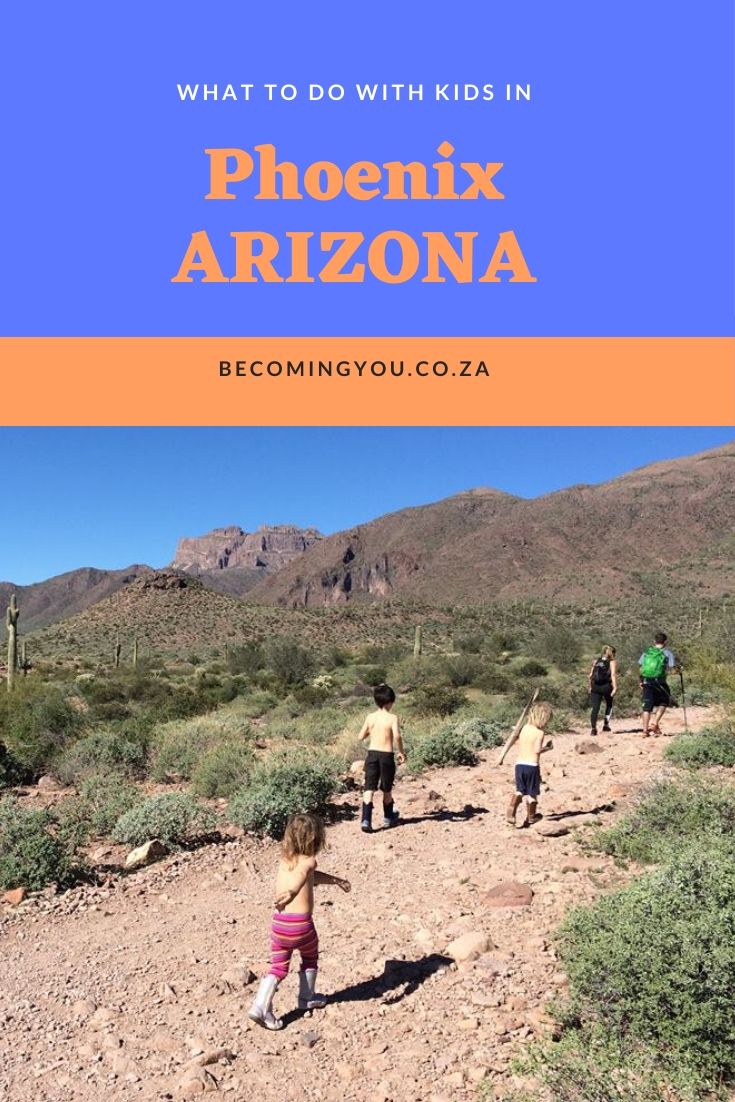 Rebecca Carr believes we are all born to move! After over 15 years of teaching and researching gymnastics and natural movement and raising three “natural movers” of her own, she has a lot to say! Rebecca created InnateMoves.com in hopes to teach and inspire you to find freedom in your body to move the way nature intended! After raising her kids in Phoenix for 7 years, she moved her family to Mexico and have been traveling the country ever since. You can also find Rebecca on Pinterest.

How to Reduce your Cancer Risk