My City (With Kids!) is a series featuring family travel bloggers around the world sharing secret spots and family-favourites in their home town.

Today it’s the turn of Renata, who lives in Hamburg, Germany, and she is sharing more about one of the best spots to visit in Hamburg with kids… Hamburg Harbour.

Hamburg Harbour is an adventure playground for big and small so enjoying a family day out with kids in Hamburg is easy-peasy if you head here.

Germany’s northern metropolis is less famous than Berlin – being the capital – or Munich – having the notorious Oktoberfest. However, Hamburg is known as “Tor zur Welt” or “Gate to the World” for a reason!

Hamburg is home to Europe’s third largest harbour which is situated on the river Elbe that rises in the Czech Republic and divides Hamburg horizontally before emptying somewhere on the horizon into the North sea.

For many years freighters – and later cruise liners – have come to Hamburg, bringing with them exotic cargo and interesting people. Things to do in Hamburg Harbour

Initially you can stroll along the St. Pauli landing piers, watch the ships gliding towards the open sea and dream of where they are going and what they will bring back.

To get almost scarily close to them, you might want to join one of the harbour cruises where all the exciting and fascinating details are explained with a dash of “believe it or not”.

Totally understandable if the prices for this tourist attraction are too high for your family, especially if there are a lot of you! No problem – you can still hop on board and enjoy the harbour from the water by purchasing a regular ticket for Hamburg’s public transport that will allow you passage on one of the non-touristy ferries used by locals who live on the Southern banks of the Elbe.

You can hop on and hop off the ferry as the regular ticket is valid for two hours. If you opt for a day ticket for your entire party, then even better!

This way you get to see the most important and beautiful places along the route – like the fish market which takes place every Sunday morning from 5 a. m. to 9.30 a. m.

There is also the museum harbour you can visit where dozens of decommissioned ships can be admired.

There is even a city beach in front of the cute fishermen’s houses at ÷velgˆnne, the Airbus plant and much more.

If you don’t get off at the final stop (that’s the only stop where there’s basically nothing interesting to see) a couple of minutes later the ferry goes back to the starting point and you can head back again for free.

Once you’re back at the jetty, make sure to go to the River Elbe’s base. What?! Yes, that’s right! There is a tunnel connecting the two banks underneath the water. Completed in 1911, it is open 24/7 for pedestrians and cyclist. Vehicles are allowed on weekdays and on Saturdays until 4 p. m. On Sundays no vehicles are allowed so you can walk the almost 500m long tunnel, 24 m beneath the might River Elbe, undisturbed.

Don’t miss a visit to see the historical ships in the harbour – like the Rickmer Rickmers, built in 1896. It used to sail the Hong Kong route bringing rice and bamboo to Hamburg. Today, it’s an exciting museum where you can trace what the life on board was like in those days. 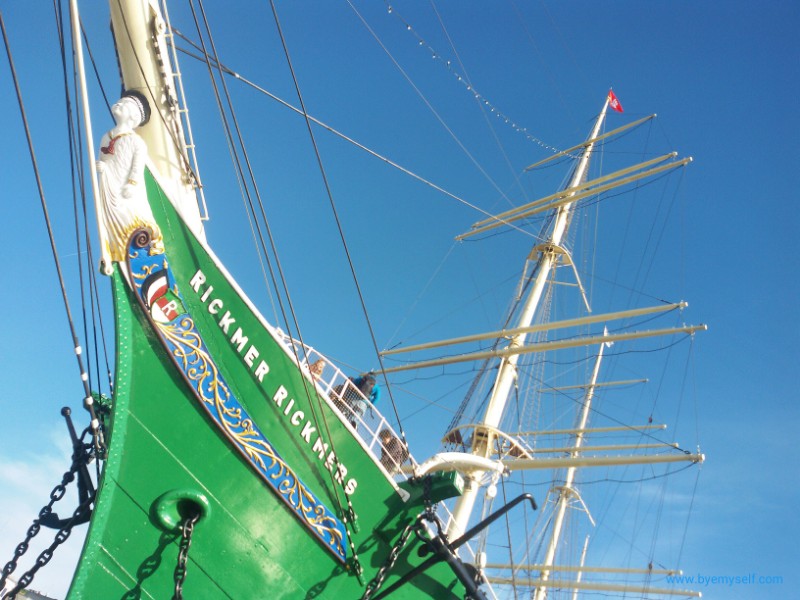 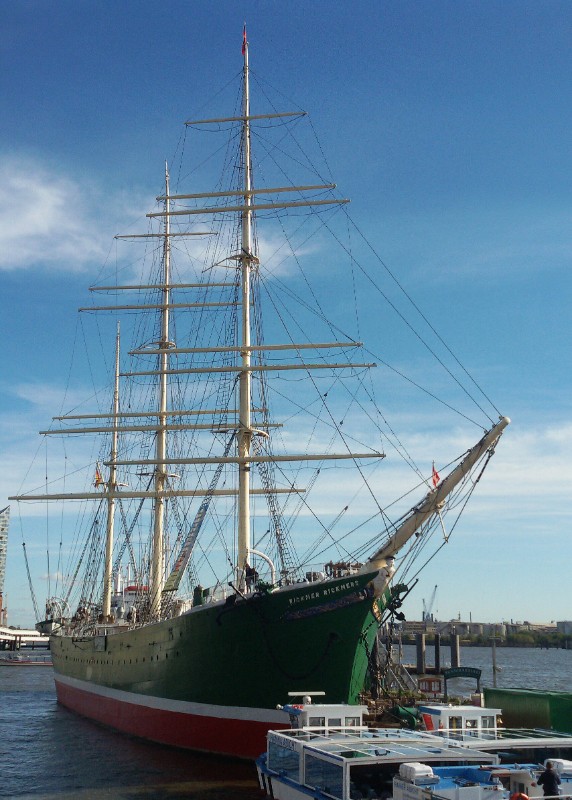 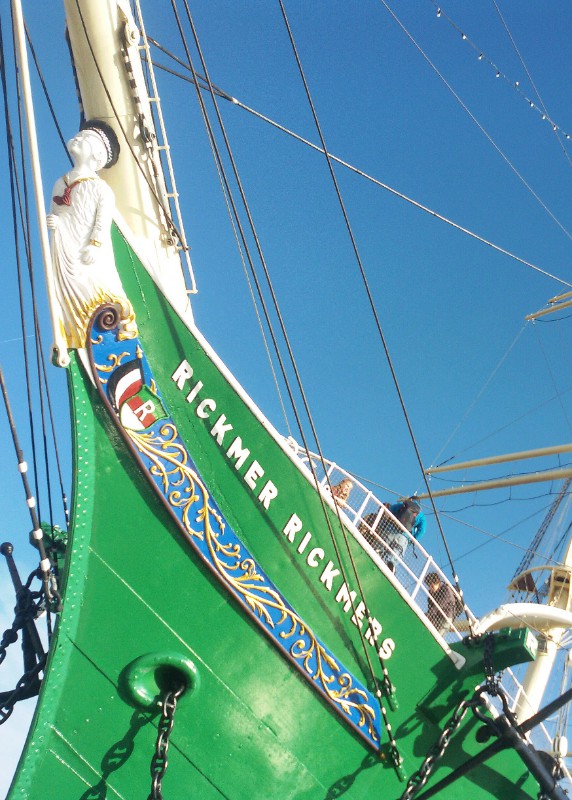 Its’ neighbour, the Cap San Diego, is much younger – completed in 1961 – but it has also been a museum since 1989. There are interesting exhibitions taking place and a visit to the huge engine room is really impressive. Next to it is ‘Feuerschiff’ – a former light vessel that attracts everybody’s attention with its bold red color. Today it is a restaurant and the perfect spot to take a break and sample some of Hamburg’s traditional food, mostly fish! 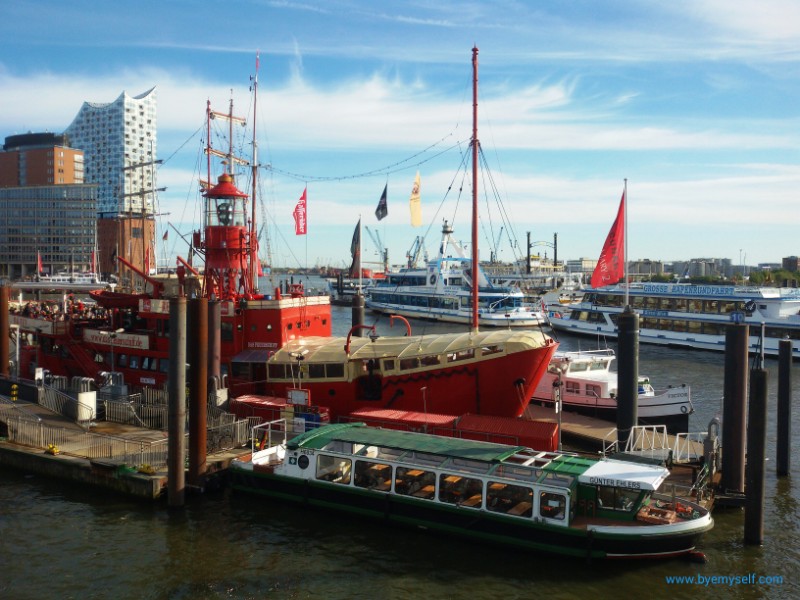 Getting tired? The Feuerschiff as well as the Cap San Diego are also floating hotels. So you might like to check in and spend the night on board – certainly a great way to sample what life might have been like for those who previously sailed the Seven Seas! Renata is a poverty-jetsetter and flashpacker. Solotraveller – if she’s not exploring the world in the company of her daughter who she infected with her travel virus when she was a toddler! Now based in Germany, Renata has spent time living in different Central American countries such as Belize, Honduras, and Costa Rica. When she is not meandering across the planet, she works in journalism and PR and writes her blog www.byemyself.com which allows her to combine all her passions – travelling, languages, writing – and is the place where she helps to inform and inspire others to explore the world. And no, the bye is not a typo, it stands for “saying ‘bye’ to myself here and hi to myself there”!