This time last week I spent the day in Durban taking part in the second annual Blog Olympics hosted by Mr Price Sport and supported by a host of other awesome sponsors. This was the second year the event has taken place and once again it was an amazing day filled with fun, friendship and friendly banter (or all out competitiveness… depending which team you were on!)

The day consisted of various “sporting” events taking place in and around the Moses Mabhida Stadium using some of Mr Price Sports’ super fun range of sports equipment including their waboba balls, coaster frisbees, hula hoops and zoomer zooper darts among others! 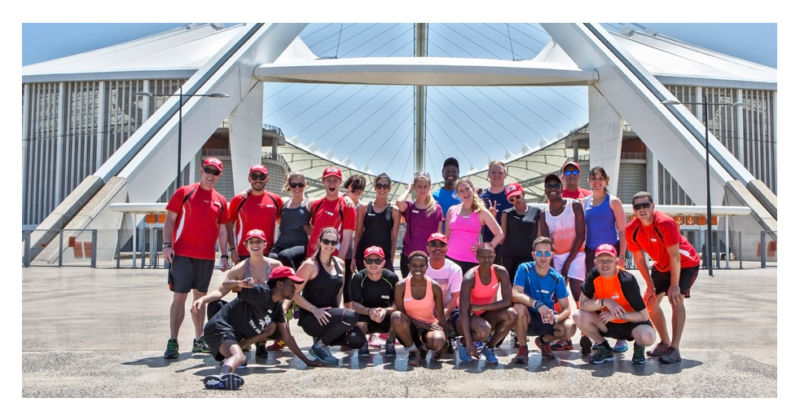 After flying up the night before, we arrived to an awesome goodie bag and a hotel room overlooking the sea! We then spent the evening getting to know our new team mates and opponents… And the next morning we woke up bright and early to catch a ride (or drive ourselves) to the stadium in one of the latest Merc’s from Mercedes Umhlanga. Upon arrival were led down to the players changing room where we changed into the Mr Price gym clothes we had purchased online a few days before and then made out way out onto “field of dreams” to find out more about what the day would entail…

And although 5 of us on #TeamCPT had done this before, the organizers had mixed things up quite a bit and there was no way we could have mastered our skills! Each activity was new to us! First up was a new version of hacky sack – using a dart shaped “ball” and keeping it airborne as long as possible – we were terrible, but somehow managed to come in 2 seconds longer than #TeamDBN and scored second place! Crucial to our strategy!! Then it was a hula hoop relay – each person using a different body part than the one in front. Again we failed to finish first, this time missing out by mere seconds ourselves! Then it was time for our frisbee toss, aiming for as far into the MM Stadium as possible… This was our first individual event and the scores were kept private, but things were looking better!

After a brief drinks break it was time to bounce our waboba balls – the only activity we had tried before. This time #TeamCPT came to the party – the team played their part in getting as many points on the board as possible but it was our dynamite Yethu scoring us an impressive amount of bonus points with her last throw…

Next up was a scooter relay – 2 laps of the course were required by each member – and #TeamCPT really got going here. Buoyed by our previous win we surged ahead and even manage to lap a few teams and came in FIRST. What an awesome feeling! Our confidence levels rose and so did our team comraderie – amazing what a win can do! 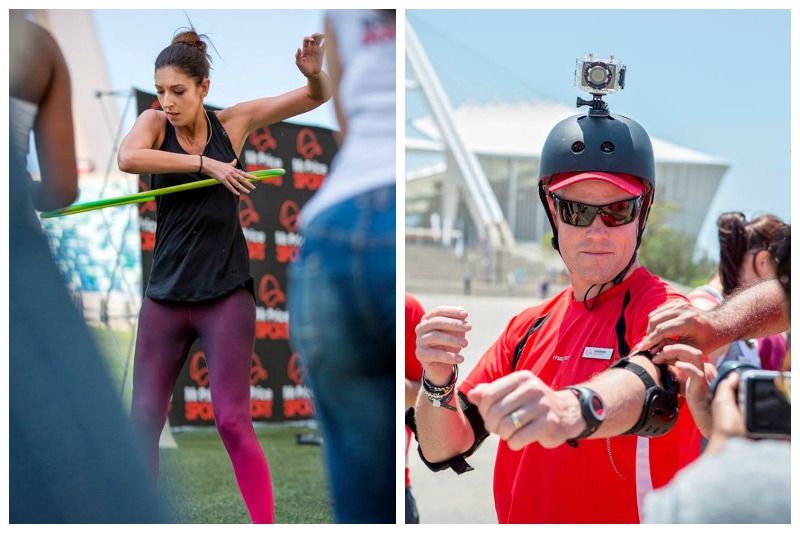 Lunch was followed by a few fun extra events such as foot race (HT to Dylan for the win that helped us secure another 50 points!) and some crazy one leg balancing – for which I was useless!! Then it was time for a zoomer zooper dart competition – darts on a larger scale. Another individual event which meant we were now losing track of where we stood in the points…

The penultimate event was a water balloon toss of note – think getting it across a zigzag of team mates with no breakage is easy? It’s NOT! Not one team got past 5 people – and that was with 10 balloons each! Luckily #TeamCPT managed to draw this event and got a few more points on the board!

Finally it was time for the finale – an obstacle course of note – 2 huge rolling plastic balls, skipping, a massive blow up “maze”, more hula hooping and a huge slide complete to climb at the end! And unlike last year when just 5 members took part, this time we were all required to do it! YIKES!

I must admit at this point I was feeling the panic – after faring well so far (by no means was I the Victrix Ladorum but I’d played my part and put some points on the scoreboard) I really didn’t want to be letting down my team at this crucial stage!! Anyway, I went for it as best I could and finished feeling only to happy to hand over the baton and collapse on the ground! We didn’t win, but we came second, and then we had to wait until prize-giving later that evening back at Tsogo Sun’s Suncoast Hotel where we were staying…

And what do you know??! We did it again! For the second year running #TeamCPT came out on top! Champions, Winners, Blog Olympians! What a feeling…. Thanks to my awesome team mates who made it happen – Emma, Yethu, Matthew, Natasha, Dylan, Sipho & Ryan. Here’s to #BlogO2015 and a chance to make it a hat trick!

What I... Lindsay from What Happened to My Body

My 5 Favourite Finds for October