Family, Kids, Movie Reviews, My Reviews, Things to do with Kids
Sep 25, 2014
by Kathryn Rossiter
2

Exciting news for kids, parents and animated movie lovers of SA. Disney’s Planes has a sequel and it’s coming to cinemas this Friday, 25 September!

I was able to get a sneak preview of Planes – Fire & Rescue last week and it was full of just as much fun and adventure as it’s popular predecessor! In this animated adventure sequel from Pixar Studios, world-famous air racer Dusty Crophopper (Dane Cook) finds out his racing days have come to an end when his engine is damaged. Undaunted, he learns about the world of aerial firefighters and decides to join them.

Dusty teams up with veteran fire and rescue helicopter Blade Ranger (Ed Harris) and his team, a group of all-terrain vehicles collectively known as The Smokejumpers (listen out for a little bit of an SA accent here!). Together, the fearless team battles a massive wildfire, and Dusty finds out what it takes to be a true hero. (Be warned though that some of the fire scenes could be a bit frightening for younger viewers!)

We loved the real-life aspect of this story, the crew’s collection of skilled planes, trucks and tractors all represent real-life jobs, ones that put their lives in danger to protect others! What was great to see is that even in this modern age of extreme egotism and self-promotion there are still heroes worth celebrating and role models worth emulating! Key themes in the movie include bravery, humility, love and friendship.

We always like having a new animated movie on the big screen as kid-friendly ones don’t seem to come around all that often and this will certainly be a good outing for those aged 4 upwards but don’t expect it to be as impactful and long lasting as the Lightening McQueen/ Cars franchise. 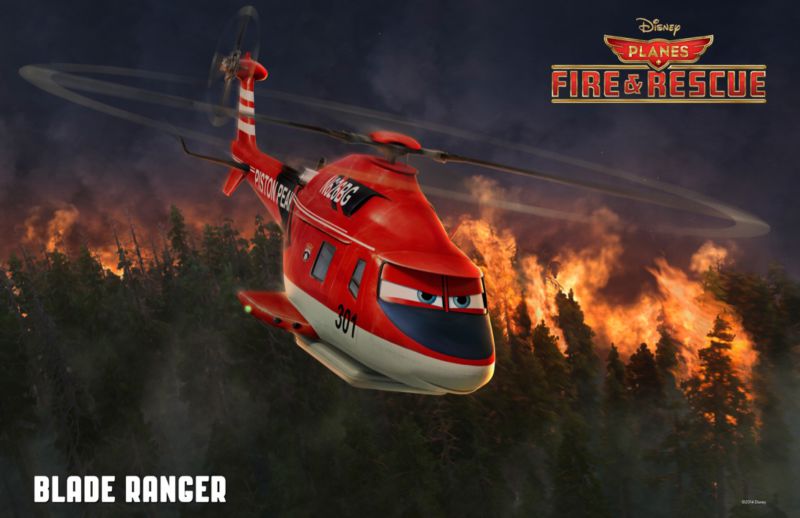 Fun for the whole family!! What I... Sally-Jane from Pink Hair Girl