Family, Kids, Movie Reviews, My Reviews, Things to do with Kids
Jun 20, 2015
by Kathryn Rossiter
2

My kids thought it was the business watching a movie at 5pm on a week night and I was quick to remind them that this was a very special treat… but it secretly I loved it!! It was such fun “breaking the rules” and being the fun mom for once in a while! I recommend it …. when your kids are old enough to cope!

Anyway, it was totally worth it. I LOVED Inside Out and my kids did too. Definitely one of the best movies we’ve watched in a while and one we’ll be sure to watch again, and again (and again) on DVD.

The story takes us to the most extraordinary location yet – inside the mind of a little girl called Riley. Like all of us, Riley is guided by her emotions – Anger (voiced by Lewis Black), Disgust (voiced by Mindy Kaling), Joy (voiced by Amy Poehler), Fear (voiced by Bill Hader) and Sadness (voiced by Phyllis Smith).

The emotions live in Headquarters, the control center inside Riley’s mind, where they help advise her through everyday life. Led by lighthearted optimist Joy, whose mission is to make sure Riley stays happy. Fear heads up safety, Anger ensures all is fair and Disgust prevents Riley from getting poisoned—both physically and socially. Sadness isn’t exactly sure what her role is, and frankly, neither is anyone else.

When Riley’s family relocates to a scary new city, the Emotions are on the job, eager to help guide her through the difficult transition. But when Joy and Sadness are inadvertently swept into the far reaches of Riley’s mind—
taking some of her core memories with them — Fear, Anger and Disgust are left reluctantly in charge. Joy and Sadness must venture through unfamiliar places— Long Term Memory, Imagination Land, Abstract Thought and Dream Productions — in a desperate effort to get back to Headquarters, and Riley.

Watch the trailer here for a sneak preview…

It was incredibly clever and really well thought out movie that helps kids to identify their feelings and emotions and feel free to talk about them. It also opens the door to many conversations around various topics and I’ve already seen the fruits of this in our own home.

One thing that really stood out for me about the movie is that whatever age we are it is incredibly hard to be sad amidst this world we live in where we are supposed to be happy all the time. (I blame the social media highlights reel we are exposed to all the time!) Us adults and the kids we love are told indirectly that being unhappy (aka sad) is no ok… except well, we are!

This movie has a very brave message at it’s core that speaks to that. Our goal isn’t to be happy all the time…. we’re supposed to be…. HUMAN. And as humans we experience life in all it’s messy glory – and that includes a range of emotions that are all OK,  even sadness! As as you’ll find by watching Inside Out, even Sadness has a purpose! 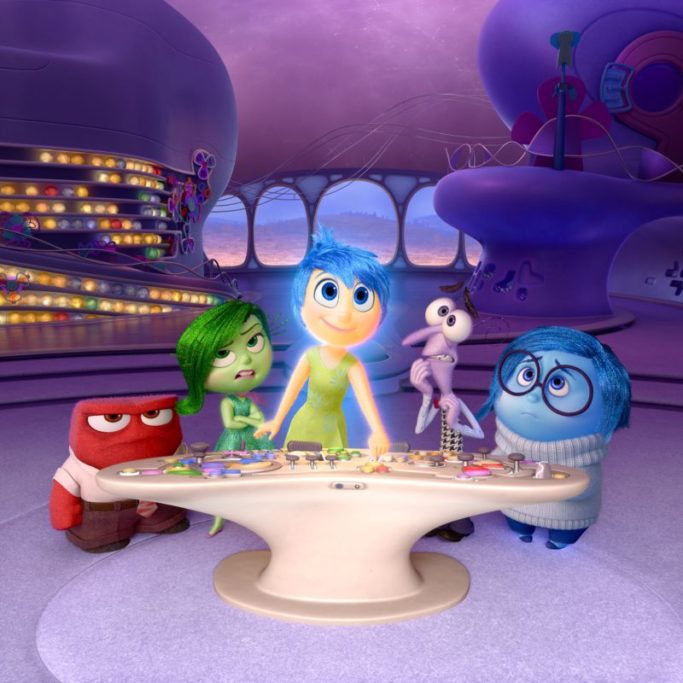 A bonus is the incredibly sweet short called LAVA... a musical love story that takes place over millions of years from Pixar Animation Studios, director James Ford Murphy and producer Andrea Warren. You’ll have to go to see Inside Out to find out more about it….

Inside Out is directed by Academy Award® winner Pete Docter, produced by Jonas Rivera and featuring an original score by Michael Giacchino, Disney•Pixar’s Inside Out opened in cinemas across South Africa yesterday.