Today is the first post in a NEW guest post series from a South African who has relocated to Portugal with her husband and teen. I hope you enjoy following her journey. I know I am looking forward to reading more about their adventures in the coming months! 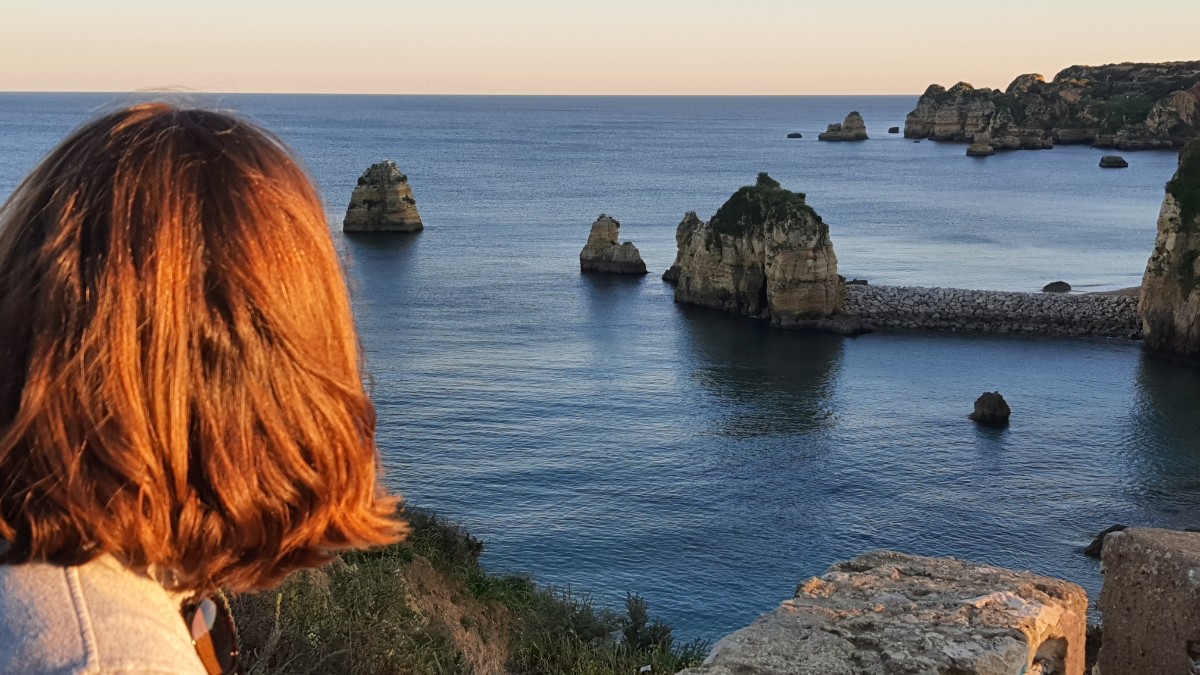 Moving to Portugal during a pandemic was never the plan, but that’s how things worked out for my family in 2021. Spurred on by a love affair with the country that started on a family holiday years earlier, we landed at Humberto Delgado Airport (Lisbon Airport) in March with six suitcases and our carefully packed Nespresso machine.

Our first stop was Lagos (pronounced Laa-gosh), a beautiful historic town on the West Coast of the Algarve. Fortunately, we arrived in Portugal just as it was slowly starting to come out of its second lockdown, which meant we could venture out of our Airbnb apartment and start exploring our new home.

Historically, Lagos can trace its origins back to the Phoenicians but was conquered by the Portuguese in the 13th century. It played a pivotal role in the Age of Discoveries being the town from which the Portuguese fleet sailed to explore the seas in the 15th Century. As a result, it become a central town in the slave trade (the market square and small slave monument can be visited to explore this sad part of history). Later, Lagos would lose its prominence to Faro (which is the Capital of the Algarve) after it was damaged during the earthquake and tsunami of the 18th century which affected most of the Portuguese coastline. Finding a spot to get a good takeaway coffee was a priority, and we quickly discovered our new local – Adoce A Vida. Situated in a side alley in the old town, this café met our need for a daily Bica (espresso with sugar) and pastel de nata. If you haven’t had one of these traditional Portuguese custard tarts before, think a delectable, bite-sized, slightly sweeter milk tart. Highly recommended! Portugal has a vibrant coffee culture which means that espresso is available most times of the day. This proved very helpful as Lagos turned out to be hilly and we got quite a workout just leaving the house to get takeaway pizza. 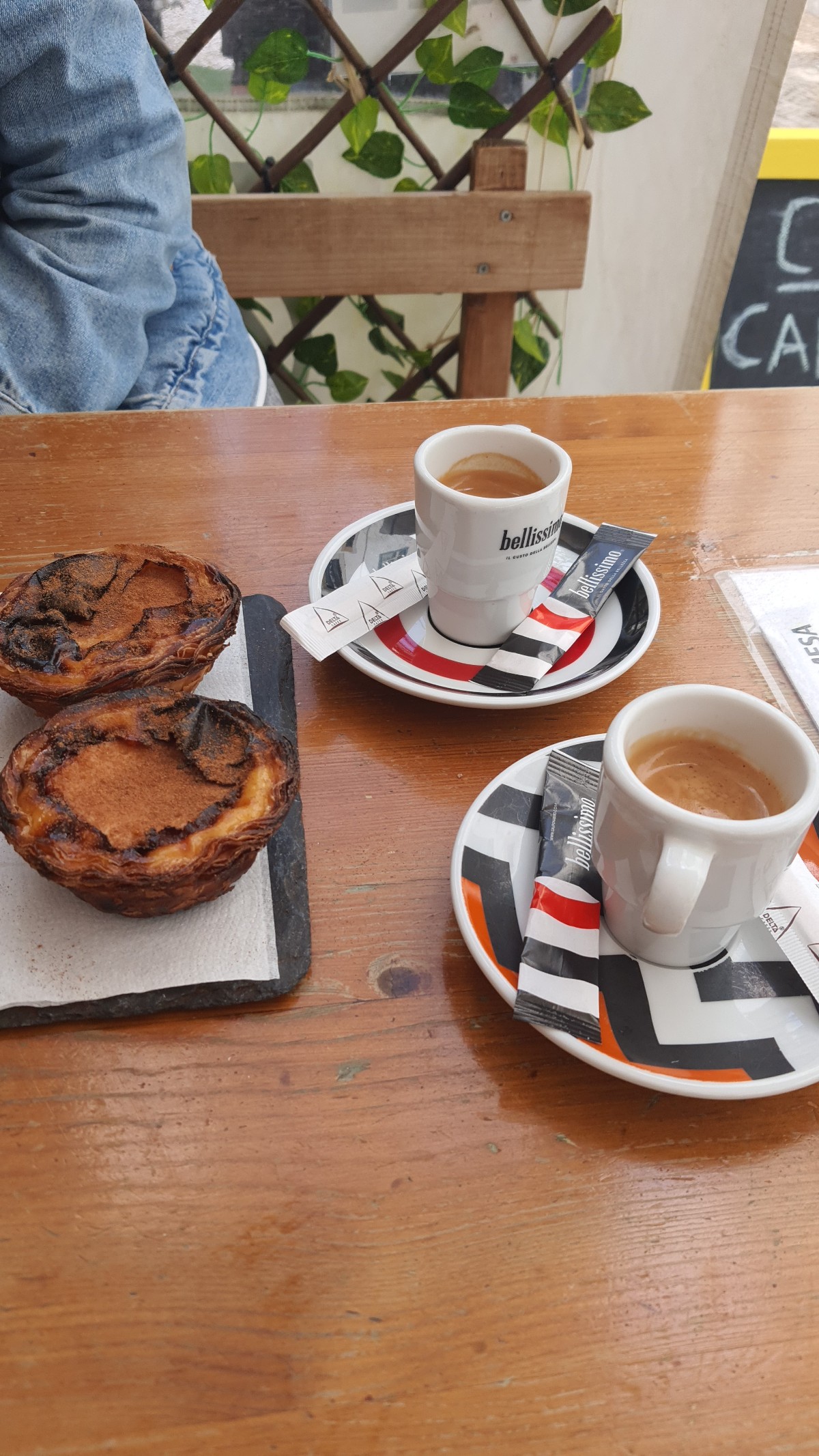 Old-town Lagos is confined by the town walls, but the greater mid-size town spreads out over hills and small valleys. It’s fast becoming a favourite with digital nomads who are attracted by its easy-going culture and beautiful beaches, so it has a bit of an alternative vibe ­– and plenty of eye-catching street art. I’ve been told that the old town is fairly teeming with tourists in a normal summer season, but we experienced it with mainly just locals and other lucky migrants. 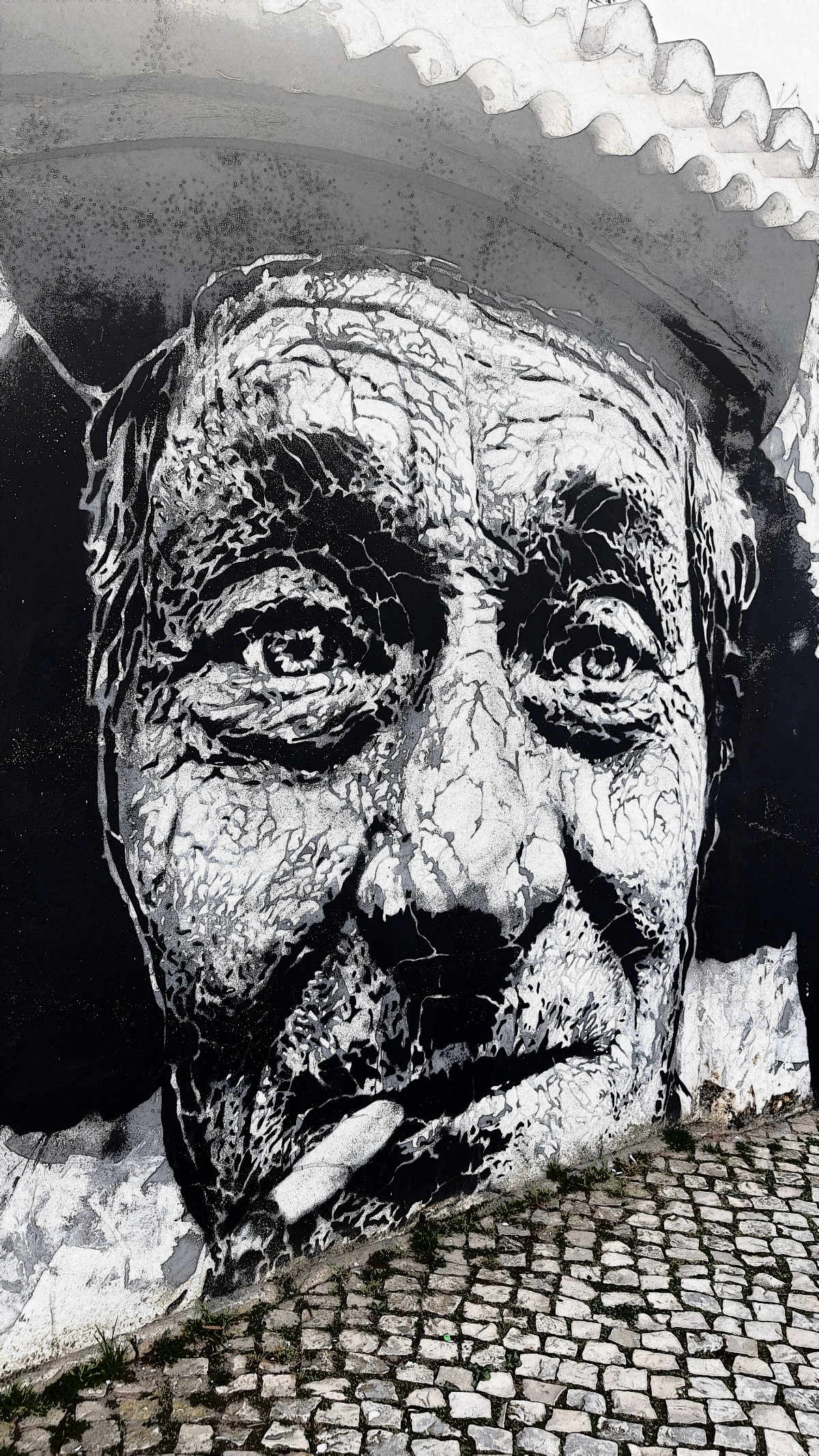 Another aspect of Lagos that we really enjoyed is its fabulous marina. We’d first seen it on the YouTube channel Sailing La Vagabonde so it was quite special to visit it in person. With sparkling catamarans and monohulls as well as plenty of coffee shops, wine bars and restaurants, it’s a fun, friendly place to enjoy a meal with a view.

Lagos really is a town with an oversupply of amazing views and natural beauty, which means you’re spoilt for choice when looking for a good sundowner spot. There are beach bars on rocky cliffs overlooking famous beaches and walks along incredible rock formations that often make an appearance on Instagram.

One of our favourite family activities (when the teen could be persuaded) was to walk to the lighthouse at Ponta da Piedade and meander back along the boardwalks, stopping to enjoy the views and take pics for the family back in South Africa.

And as soon as local regulations allowed, we also started exploring a bit further afield and visited other smaller towns along the coast, including peaceful Ferraguda and wind-swept Sagres. 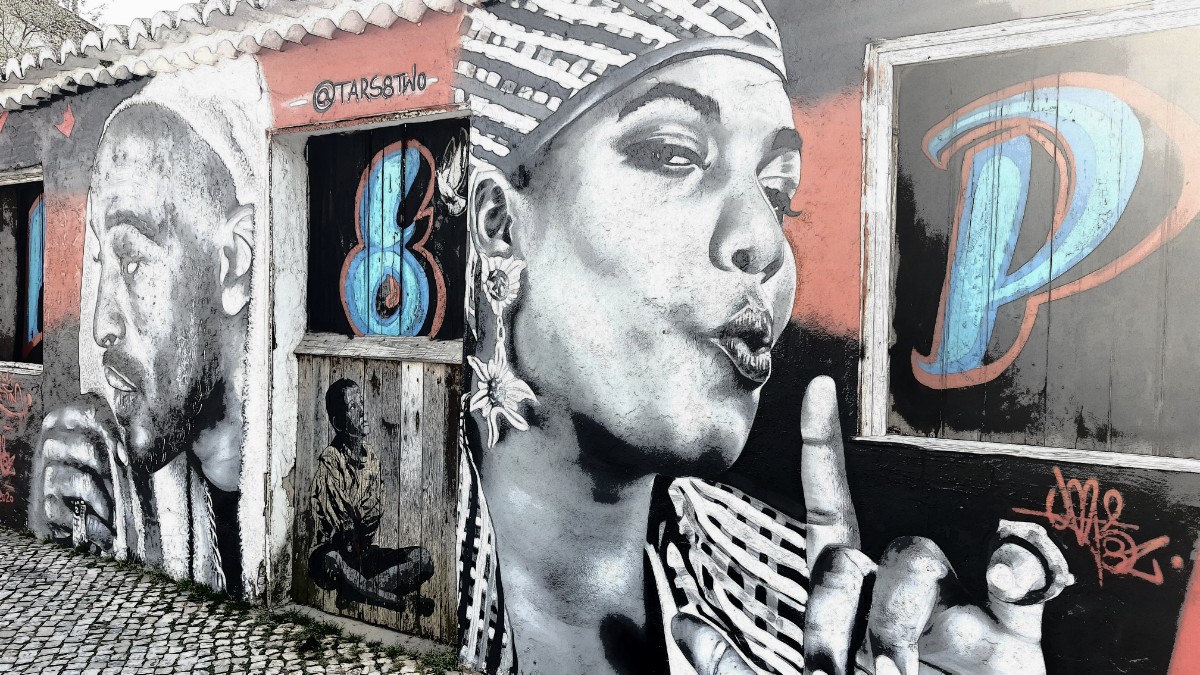 Lagos turned out to be a great spot to begin our Portuguese journey. We stayed there for about a month and absolutely loved it – and even managed to make our first friends in Portugal there, thanks to Facebook. But as ongoing construction next to our Airbnb started to interfere with work and online schooling, we decided to move and spend the next part of our journey exploring another part of the Algarve. 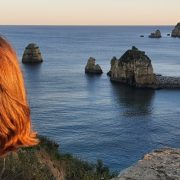 A travel-loving South African who has relocated to Portugal with her husband and teen.