After experiencing a live action lion kill on our very first game drive at Waterside, Thornybush you might have expected that things couldn’t get much more exciting, until they did…

The next morning we headed off before sunrise to enjoy the bush in the morning light.

The Big 5 is always on everyone’s safari bucket list and within a few minutes we had added another to our checklist… Elephant. 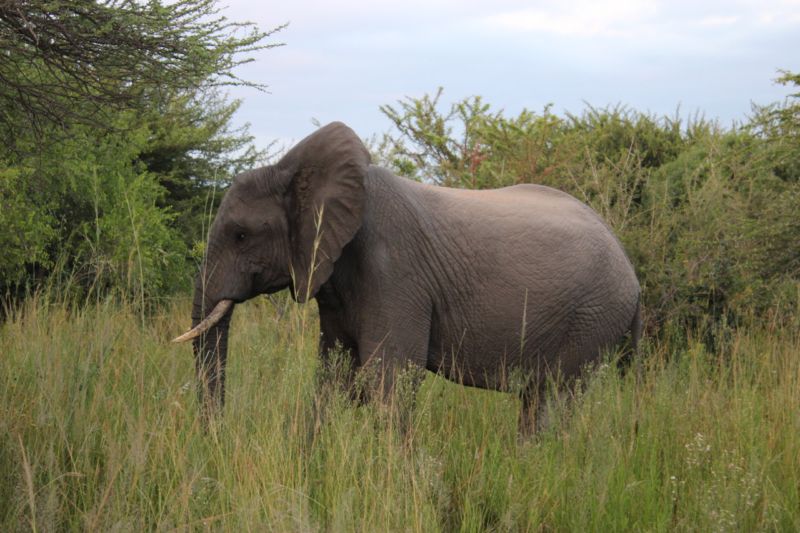 And then we happened across a trio of hyena, the ones we had heard yapping and yelping throughout the night from our beds. Nothing like the sound of hyena calls to make your hair stand on end… but still a true sign that you’re sleeping in the bush, surrounded by the wild. And very special indeed. 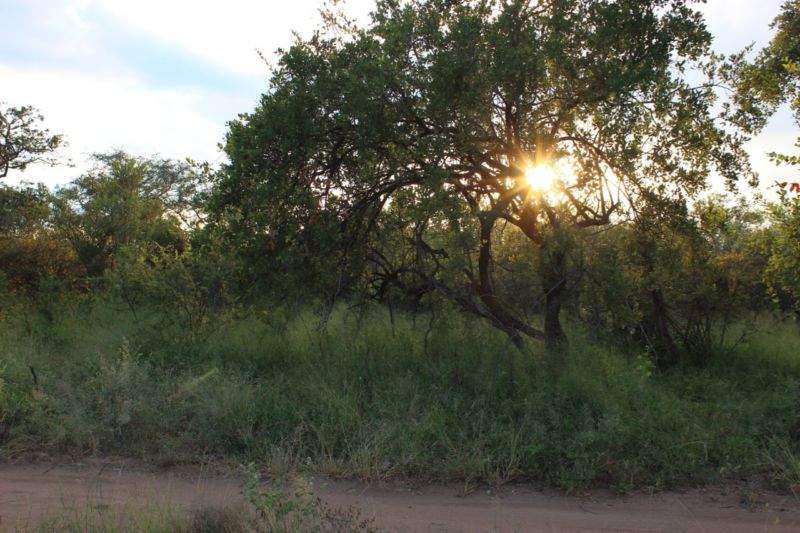 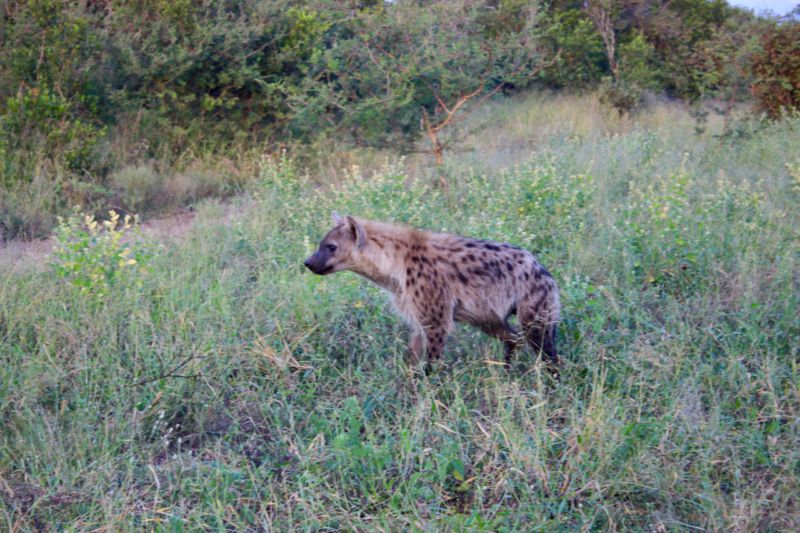 After watching the three hyena mark their territory and then lope off into the bush we continued our search for the No 1 animal on our list… leopard.

On our previous Kruger for Kids safari 3 years ago, I was the only member of our family who didn’t see a leopard which meant I was the most keen to spot this elusive animal… 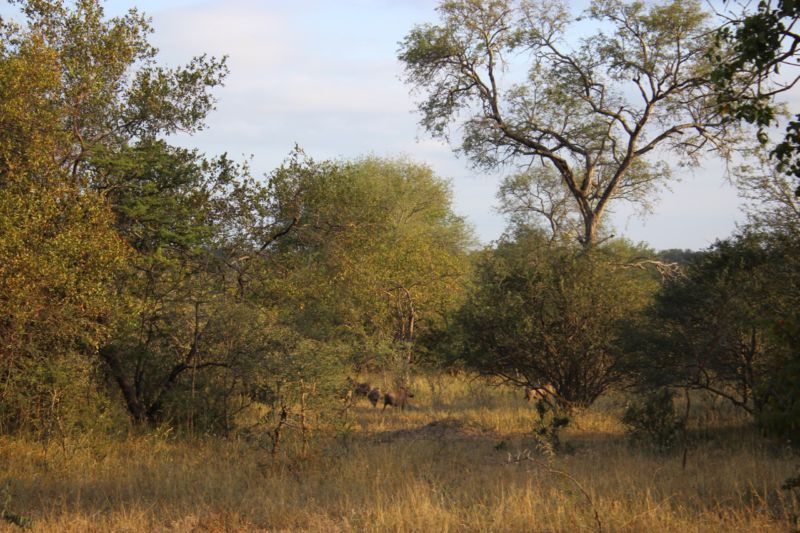 Our ranger, Rico, was determined to help me and we spent the rest of the game drive hunting high and low throughout the Thornybush reserve… up in the north, out to the east. He made it his mission to follow the tracks! 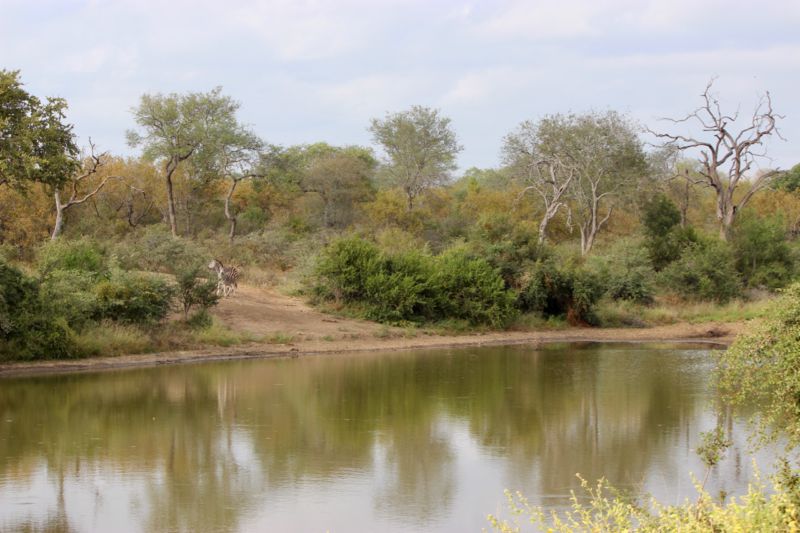 We found some tracks and followed those down to the waterhole, with no luck! Then we followed them back down the road, and back to the waterhole. We were determined trackers on a mission… but all we were rewarded with was a flash of spots as the elusive leopard darted through the bushes and disappeared. I tried to snap a picture but it proved pointless… 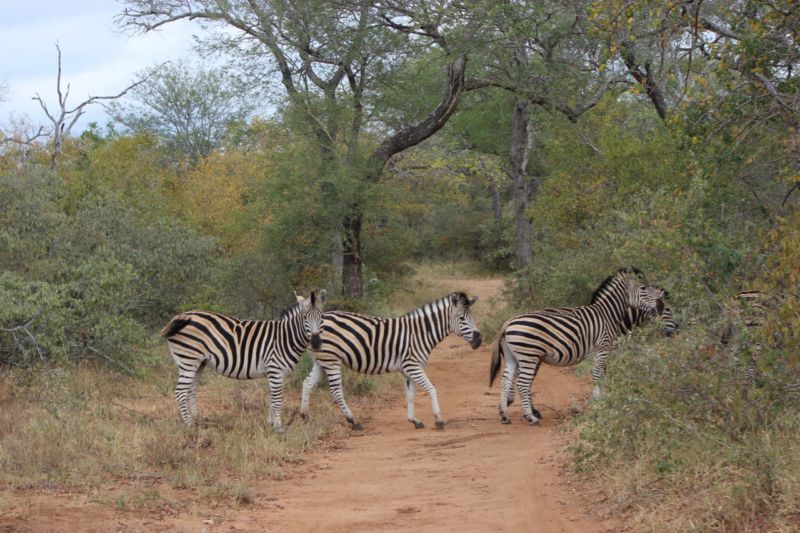 And then the radio sprang into life, and Rico told has to hold on to our hats as he had to cross the entire Thornybush Reserve as fast as possible… We held our breathe that it might mean something had been spotted!

After some exhilirating bundu bashing we finally drove down into the dry river bed to find what we had been looking for. Initially I thought we’d raced all this way to see the large buffalo bull in the clearing, but then I realised that the 4×4 full of camera’s ahead of us were all paying much more attention to the trees…

And there she was: The most magnificent leopard lazy in a leadwood tree!

From her vantage point she kept her eyes locked on us, even when shifting her position occasionally. 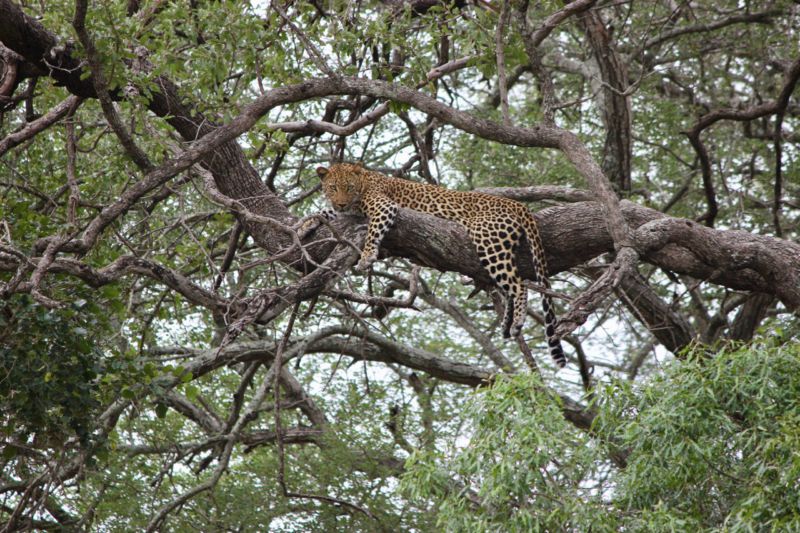 This was the sighting I’d been waiting for forever.

We sat in silence soaking in this beautiful African scene enjoyed by a privileged few. 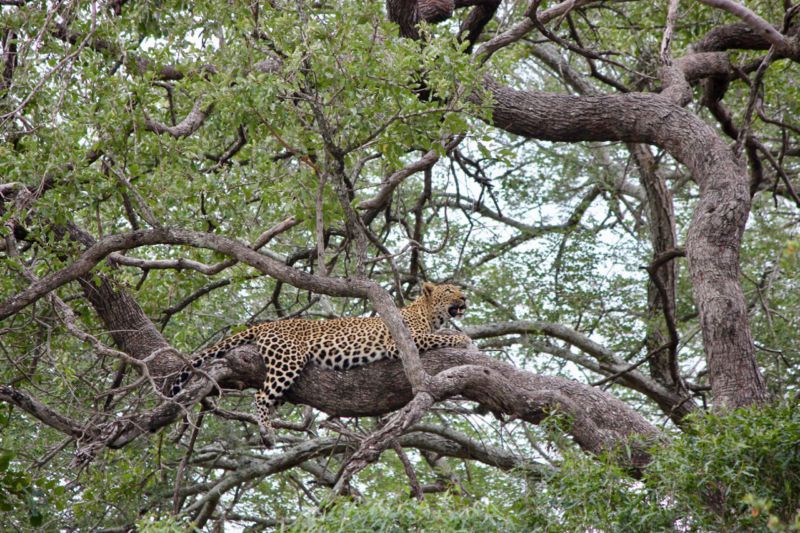 The wildlife photographer in me was finally satisfied (although slightly frustrated that my longest lens, a 250mm, couldn’t get any more zoom than this).

Then Rico pulled another amazing sighting out of the bag when he found a way to get a bit closer to this beautiful beast. And WOW, this was an incredible position for some of the most amazing photos. I couldn’t stop taking photos… Here are just a few of my favourites (whittled down from loads!) 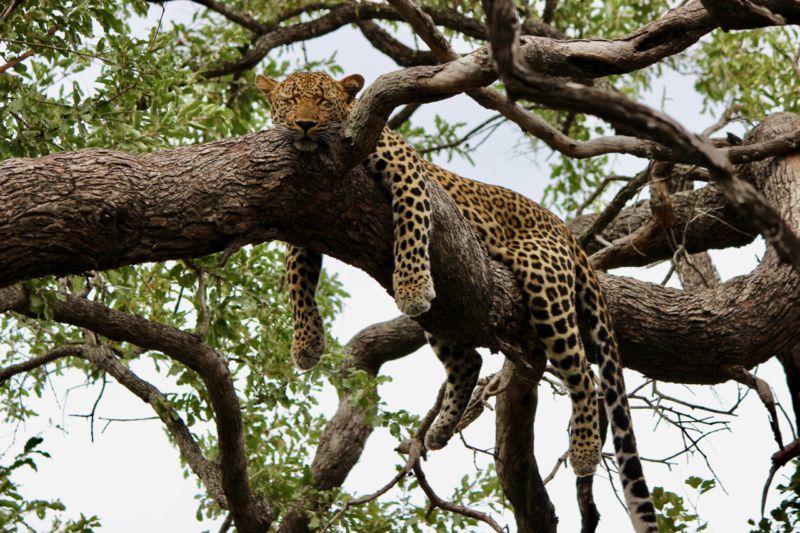 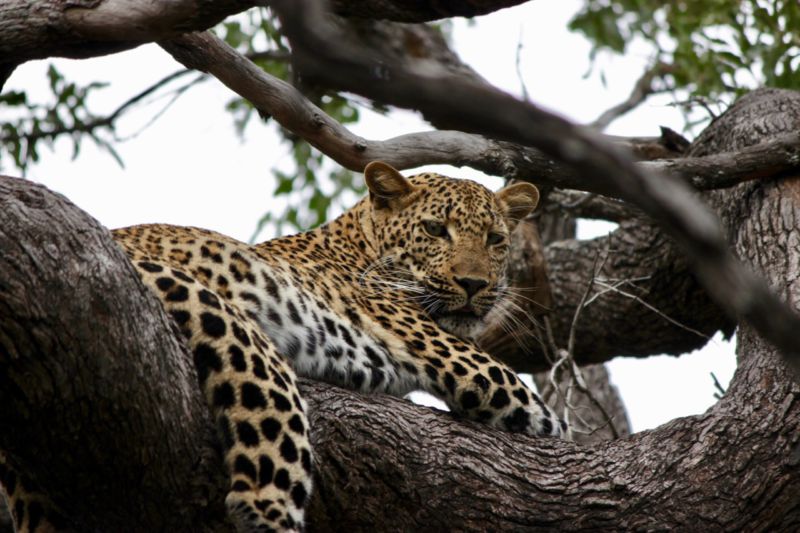 But it was totally worth it. What an incredible sighting. One I’ll remember forever! My first leopard in the wild, lazing in a leadwood tree, allowing me all the time I needed to soak in her majesty. 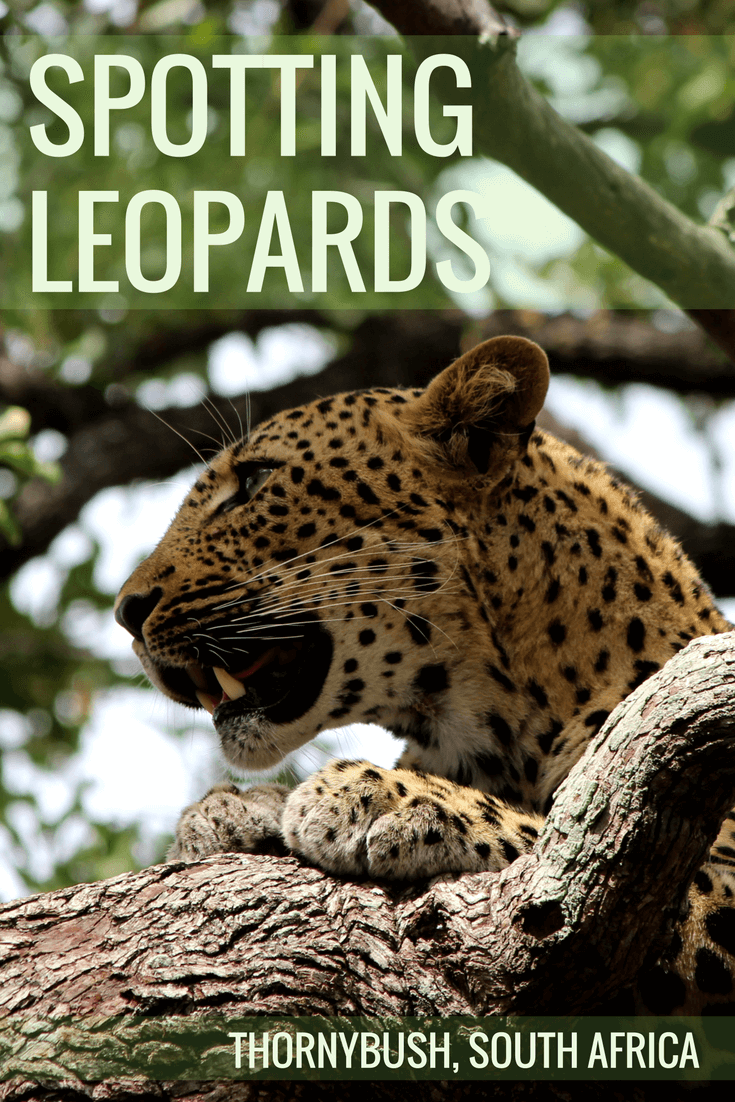