This week I am so pleased to feature an interview with a Theatre Performer and Make-up Artist. Kirsten Murphy is a Stage Actress, Dancer and Singer. She also works as a Make-up Artist in between performing jobs, you can see more of her make-up skills on her website – Kirsten Murphy Make-up.

What is your current job?

I am a performer (Dancer/ Actress /Singer) and Make-up Artist

How did you end up in your current position?

During my college days I worked as an Artist at MAC, where I honed my make-up skills and absolutely loved every minute of it!

After college my first show was Grease – the musical, where I played the role of the Pink Lady, Marty. I was also cast as 1st cover Sandy and was fortunate enough to play the role a few times (nerve-racking, but incredible!) Grease was an amazing experience, I had the time of my life. We toured to Joburg, New Zealand and Hong Kong as well as Cape Town. (see top image)

I then went to one of my dream destinations, India, as a cheerleader for the IPL, another wonderful experience as we got to see 7 different cities. I also got to know the love of my life via skype during those 2 months 🙂

I have always dreamt of working with David Kramer, since I was a kid I grew up watching his shows and learning all the songs. Last year I was cast in ‘Some Like it Vrot’, A David Kramer Musical Comedy featuring Mark Lottering and Christo Davids. Pure South African flavour, with an awesome cast. (see image below) 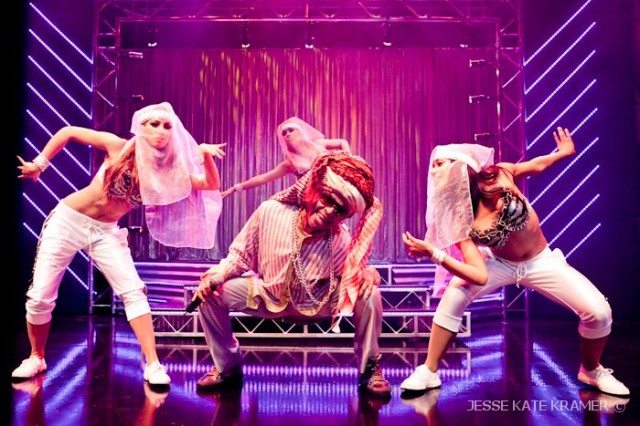 I look forward to the next show I’m going to be in, Jersey Boys, the Broadway show, which tells the story of Frankie Valli and the four seasons. I will be playing the role of Francine, Franki Valli’s daughter as well as a few other smaller characters. The show will tour to Asia and South Africa for a year.

When did you know this is what you wanted to do?

I’ve always known what I wanted to do,I knew I was born to be on stage and I’ve always believed in it. From the age of 10 I knew I wanted to be in musicals. I have wonderful parents who have always been supportive in everything I do. I am so blessed and grateful to be living my dream and thankful for having so many huge dreams already realised.

What did you study – was it in this field or something different?

After school I did a make-up course at the Make Up Issue, Followed by a 4 year course in performing arts at Waterfront Theatre School where I trained in Modern Dance, Tap, Ballet, Musical Theatre, Drama and Singing.

What’s the best part of your job? And the worst/ most challenging part?

The worst part of my job is auditioning. Casting for commercials is easy, but auditioning for shows is another story. It is also not easy to believe in yourself all the time and to believe that you’re good enough. The things that we as performers constantly have to fight with is confidence, intimidation and handling rejection. The tough part about musicals is that the only come around once or twice a year and unfortunately you aren’t always right for every show, so the waiting process is long and hard, but that’s where my make-up comes into play. Being a make-up artist is another job that I am really passionate about and keeps me busy and creative on the side when I’m not in a show. 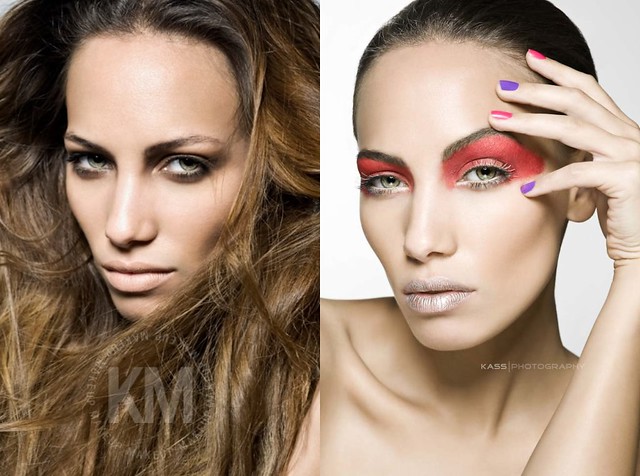 The auditioning process is scary, the nerves and butterflies are insane! Driving to the audition is probably the worst feeling ever, trying to fight the butterflies, not knowing what to expect, trying to remember your words, and doing vocal warmups all at the same time! I often think to myself ‘Why do I put myself through this torture?’ and then I remember that Its because I ABSOLUTELY LOVE what I do. I can’t explain the satisfaction I get from being on stage! And getting that phonecall to say you’ve been offered a role, makes the intense audition process all worthwhile. And getting paid to travel is also a huge plus!

Who would be your “dream” job, or are you doing it? What do you still want to achieve in this position or another?

I am doing my dream jobs, there is NOTHING else I would rather be doing. I do have dreams for future musicals though, I would love to be in Wicked, Rent, Legally Blonde, Chicago, etc, I could carry on for days.

What is your typical day?

On a typical day, I would go to castings, usually for commercials, or do a shoot. Once or twice a year there will be an audition for a big musical. When I’m in a show, a typical day would be rehearsing from about 10 – 6 everyday for a month.

Thank you so much Kirsten for agreeing to feature on my blog and taking part in this interview series. It is fascinating to find out how different women have discovered their passion and are making strides in the area they are passionate about! Congratulations on all your success so far and Good Luck for your next show – Jersey Boys. I can’t wait to watch you on stage in Cape Town in the near future!

The aim of this series is to introduce women to a variety of interesting careers. This is in order to inspire women of all ages to aspire to a career (either full or part time) which they LOVE, especially teens, university leavers and moms who have been raising kids and have been out of the job world for a while!!

If you, or a woman you know, has an interesting job and would be happy to be an interviewee please do contact me.