This is a guest post by Katie Matthews of GreenActiveFamily.com

Surviving the first few days, weeks and months as a new mom is no easy task.

But when I look back at those first few months navigating my new role as Mamma, I was massively overwhelmed (and that’s an understatement).

Having experienced a long labor that ended in an unwanted C-section, I had a lot of physical healing to do. That, combined with the loss of freedom and independence that comes with a newborn, figuring out breastfeeding, and the extreme sleep deprivation – let’s just say I ate a lot of stress chocolate in the beginning.

Fact is, those early days of parenthood are tough. 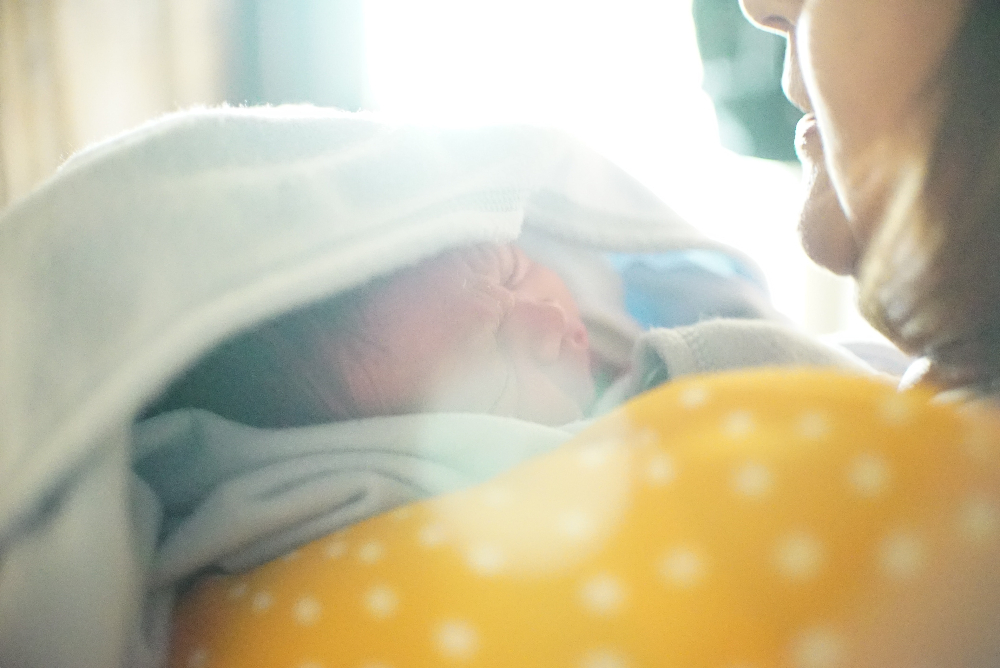 Even those parents who say they’re doing great could use a helping hand to get through.

Instead of relying on tired clichés and platitudes that don’t really help, here are seven things you can say and do to help a new mamma (or dadda) cope with this exciting, yet completely overwhelming, life change.

So many of our friends offered to drop-off a cooked meal in the early weeks following our daughter’s birth.

But we rarely took them up on it.

Truth is, I was so overwhelmed, I couldn’t even see how much help we needed. Add to that the sheer horror of having friends see me in my state of new motherhood (unshowered; breastmilk-stained clothes). And then, irrationally, there was this little voice in the back of my head telling me not to be an inconvenience or burden to our friends.

When friends phrased their offers as open-ended, or the offer required us to follow up and ask for a meal, we never did so.

We definitely needed the help. We just didn’t feel right asking for it. And we didn’t have the energy to entertain or socialize.

Finally, a friend texted to give us a 15-minute warning: BBQ pulled pork and peach crumble were on the way, and she wasn’t staying to share it with us.

Zero need to clean the house, look presentable, or muster up the energy for a conversation – basically tailormade for new parents.

If you want to help a new mum cope, drop off a meal and don’t stay to share it. Better yet: text her when it’s on the doorstep!

2. Hold the Baby and Give that Mamma a Break

For me, one of the biggest shocks of the newborn stage was the utter lack of independence and freedom that came along with it. Finding the time to do even the most basic things by myself – things like going to the toilet and taking a shower – felt impossible.

Shaving my legs, drying and styling my hair, and putting on a bit of makeup was out of the question.

If a new mum is up for a visitor, don’t interpret that as a social call – use it as a chance to help her out.

While you might need to tread lightly when asking a new mum to trust you with her newborn, make the offer: Why don’t I hold the baby while you (shower/ sleep/ eat).

Seriously: a hot, unhurried shower, a power nap, and a good meal have the power to bring a new mum back from the brink of overwhelm.

3. Instead Of Saying, “It Gets Better,” Get Raw and Real with Your Own Experiences

For us, the first six months of our daughter’s life were the hardest.

When other parents told us it gets better at <insert milestone here>, we took no solace in it.

Every “it gets better” milestone seemed so far away.

Of course, things did slowly get better. Throughout the first year, every stage was more fun (and more manageable) than the last. But there were some dark times when we were in the thick of it, waiting for an “it gets better” milestone that was still three long months away.

What helped me the most was when friends shared their own real and raw experiences.

Sharing a laugh over the first time our babies had a massive diaper blowout brightened my sleep-deprived days.

Getting messages from a friend reminding me she couldn’t stop crying for the first 10 days postpartum made me feel less insane.

Hearing all the mistakes my mum friends had made boosted my own confidence.

And knowing they survived the first six months made me realize I, too, would make it through.

4. Instead Of Asking, “Is There Anything I Can Do,” Just Start Doing

If she’s busy with her baby, start helping out elsewhere around the house.

When there’s a newborn in the house, it’s pretty much a given there’s laundry and dishes to be done. If she’s using bottles or a breast pump, she probably also needs parts to be regularly sterilized.

Make her a sandwich. Clean up the kitchen. Throw on some laundry. And make sure she’s set for her next breastfeeding session, if applicable (that means a glass of water, healthy snack, fully charged phone, and TV remote – all within reach).

When visiting your new mum friend, it will help that mamma out immensely if you think of yourself more as a temporary domestic helper than a friend.

5. Instead Of Asking, “How’s Breastfeeding Going,” Let Her Know You Support Her Choice

Breastfeeding is painful, hard, and oh-so demanding at first. While some women love it, others hate it. For plenty of women I know, it just never worked out, no matter how hard they tried.

Women have been bombarded with the message that breast is best – we get it, okay?

But for whatever reason, not all women can or choose to breastfeed, and some women (myself included) find the combination of formula and nursing to be right for their families.

Don’t assume a new mamma is breastfeeding, and don’t prosthelytize if she’s decided breast isn’t best for her.

In the wise words of Tina Fey:

“Whatever you do breastfeeding-wise — great. Great. Whatever.”

6. Share Your Own Struggles with Breastfeeding, if You Have Them

While this advice seems to fly in the face of #5, some of the most helpful messages I got as a new mum were the pieces of unsolicited advice friends sent me about breastfeeding – along with the messages letting me know breastfeeding can be hard and awful, and that’s okay, too.

A childhood friend who had a baby two weeks before me warned me not to wait to see a lactation consultant if I was struggling. She waited too long, and her nipples paid the price.

(I saw a lactation consultant the very next day, and it made a world of difference).

Another lifelong friend eased my guilt about combination feeding when she reassured me that it’s a struggle to learn, and reminded me that my baby was learning how to do it, too.

Knowing other mums had struggled as much as I was currently struggling helped me persevere, and oddly boosted my confidence.

7. Instead Of Asking, “Are You Okay,” Send Her All the Funny Videos & GIFs

One thing that surprised me about being a mum to a newborn was just how often I was trapped under my sleeping baby, unable to move.

My baby would fall asleep on me without warning, rendering me unable to pee, make a snack, or reach for the TV remote for hours at a time. During those hours, I often reached for my phone, whiling away the hours with mindless social media scrolling.

During those times, I really appreciated all the funny videos, GIFS, and messages friends had sent through – they gave me something to do when I was trapped under my napping daughter.

But be sure to let that mamma know you don’t expect a response back from her.

Besides being hard to type while you’ve got a sleeping baby in the crook of your arm, you don’t want her to feel guilty or obligated to return your message.

Book Buzz: Future Proof Your Child for the 2020’s and Beyond by Nikki Bush and Graeme Codrington