After our adventurous morning scootering around the island of Kythnos, we found ourselves sailing into a secluded bay off Serifos island a few hours later (and almost all of those raining!!) – the next destination in our Going Greek sailing trip! 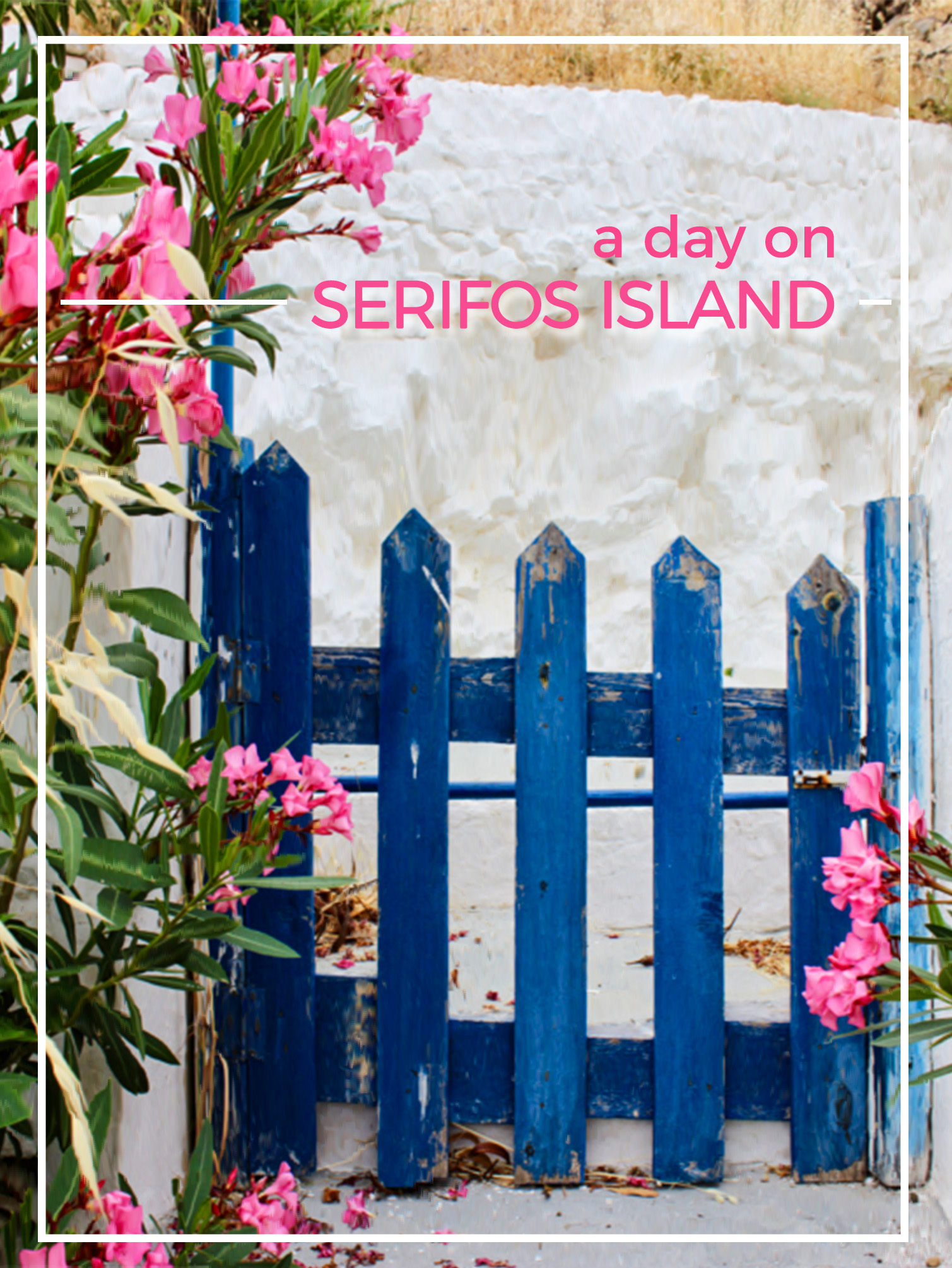 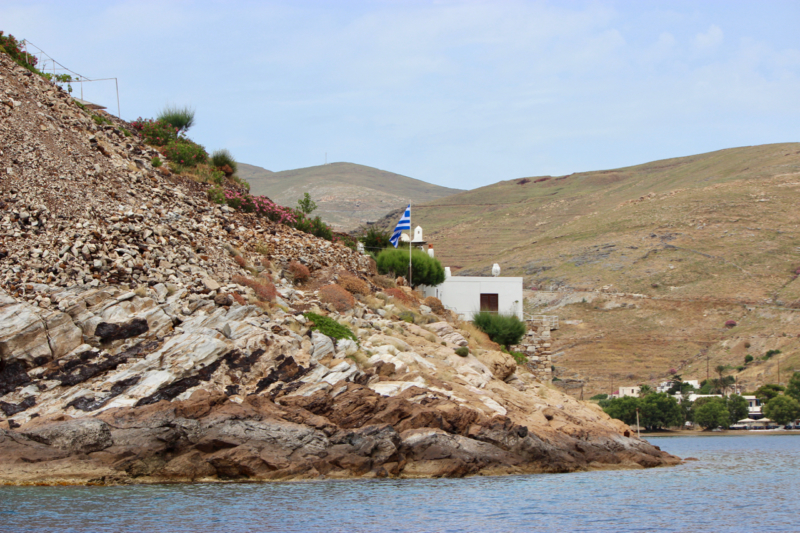 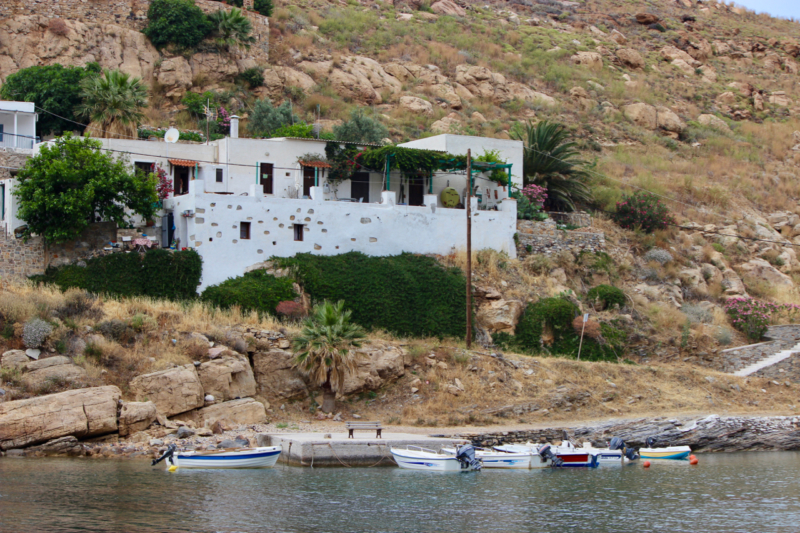 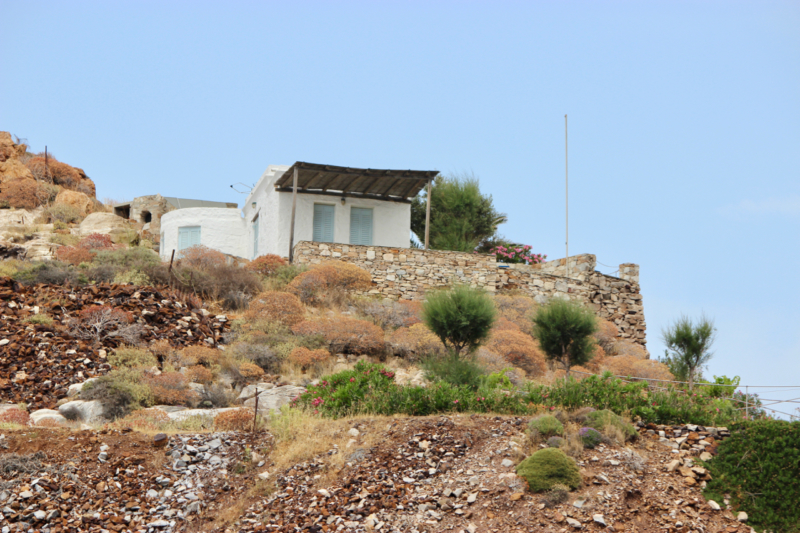 Serifos, the original “Iron Island”, was the spot we visited that was the most off the beaten sailing route. We arrived to an empty bay and dropped anchor – and we remained the only boat at anchor for the whole night. A true treat! 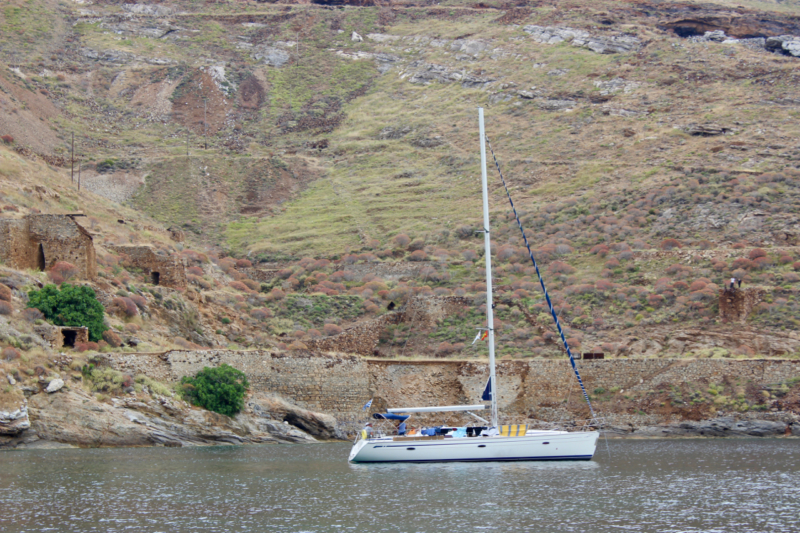 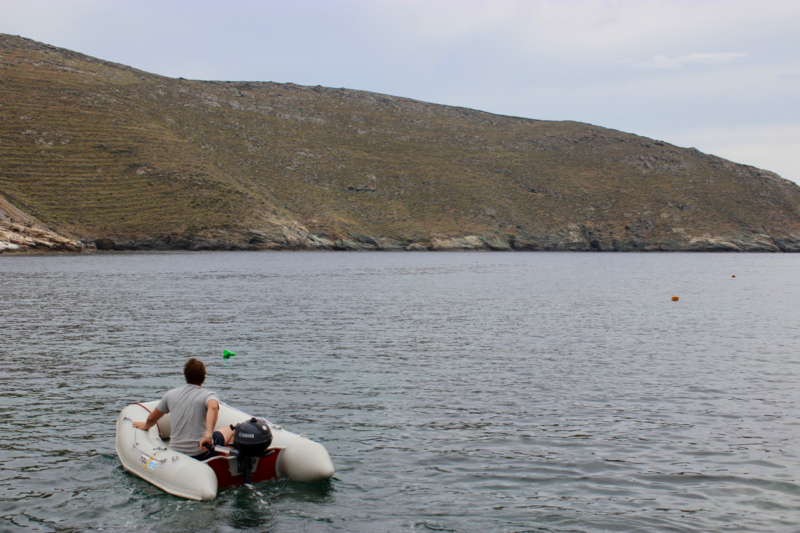 Once we’d made our way ashore in the dodgy dinghy (that now had a working motor!), we didn’t have to go far to explore. In fact the tiny town we found ourselves in had 2 beach-side bistros, plenty of stray cats and some impressive ruins – and that was it! 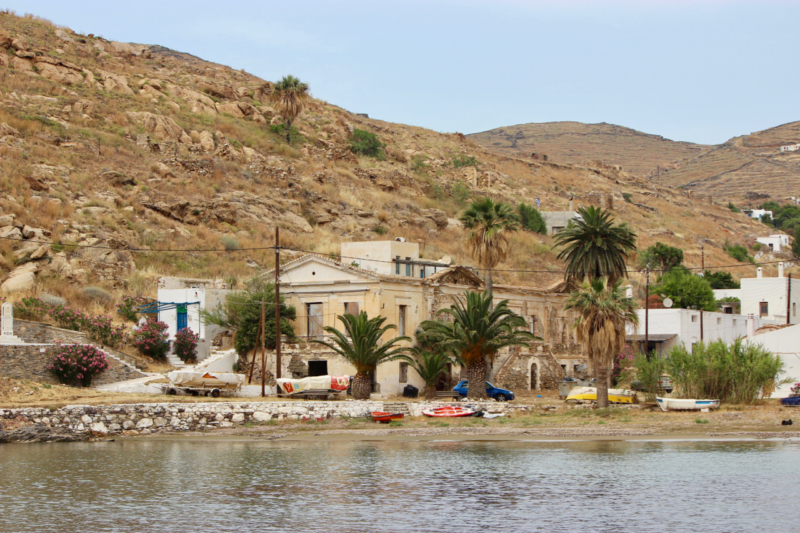 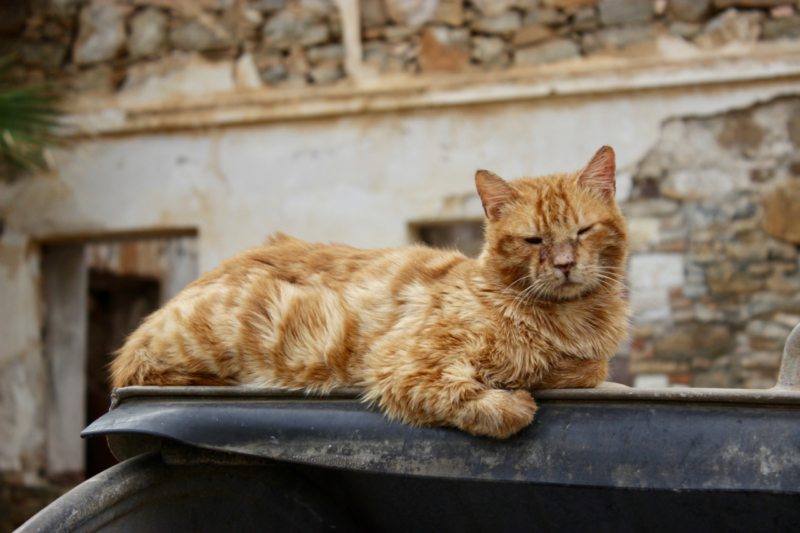 There was not much happening at Megalo Livadi, aside from a few friends enjoying their regular afternoon catch up at the local cafe, so we went walking around the town to find some good photos ops. And there were plenty! 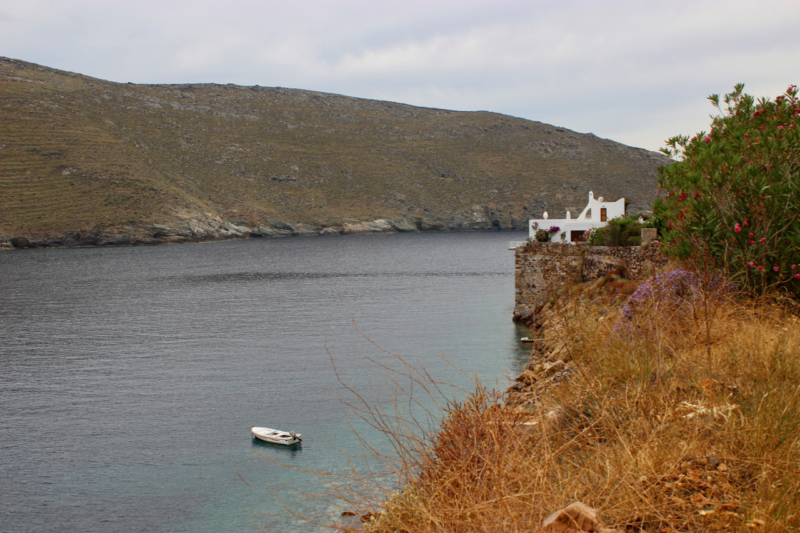 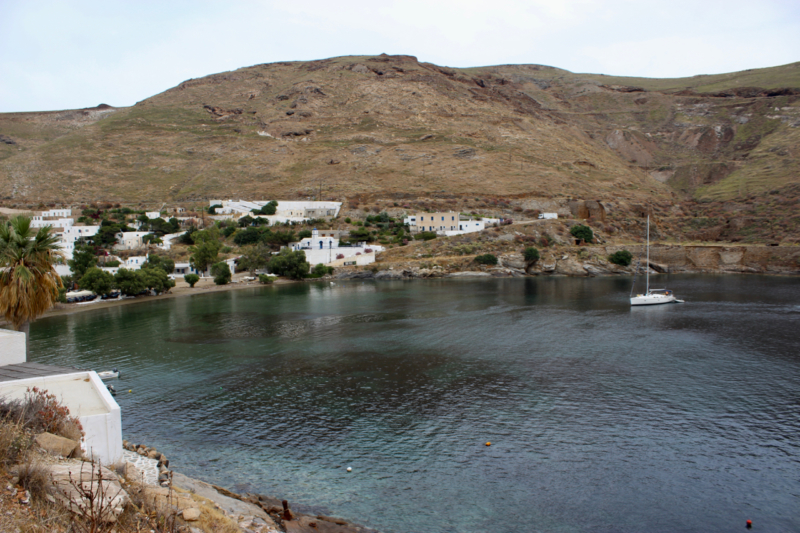 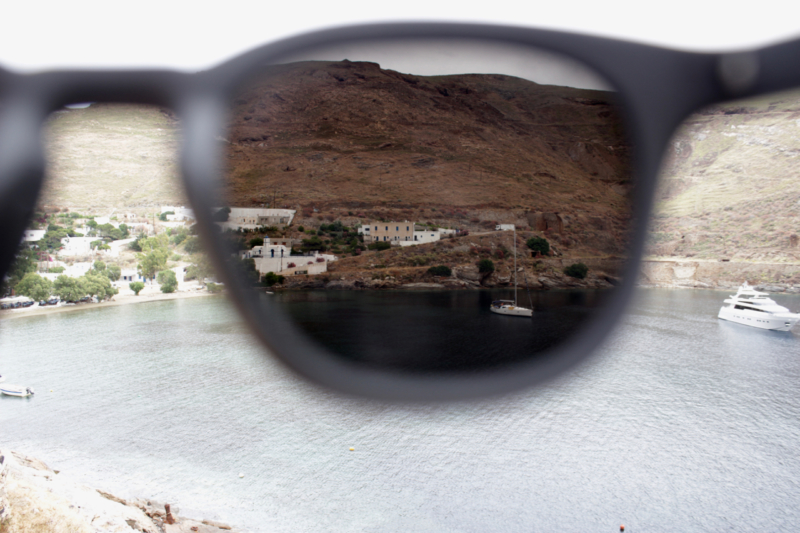 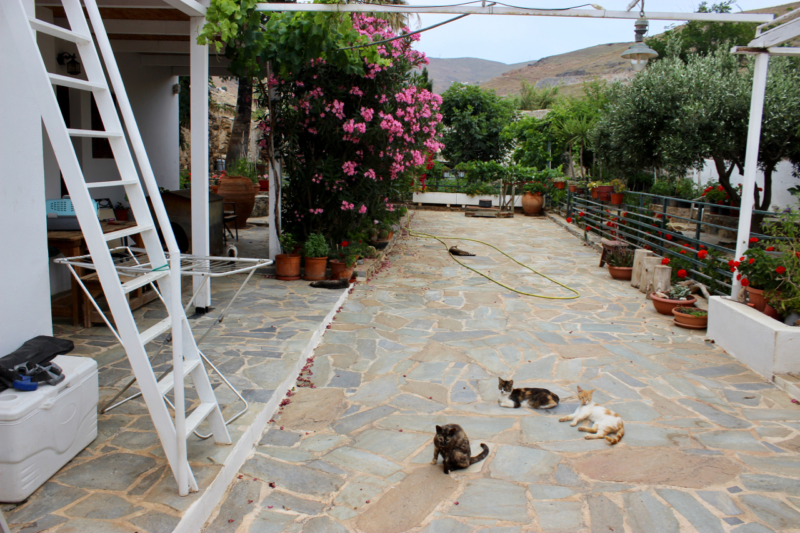 With no one else about (many of the houses here are only occupied in the height of summer), it was easy to take our time setting up a shot, enjoying the process of discovery and to not feel the awkwardness that often accompanies taking pics in public (or is that just me??)

From some research I’ve done online it seems that the settlement of Megalo Livadi was founded in 1880 and the iron ore mines operated in the mountains around the bay until 1963.

During the height of the settlement’s success there was a Chemical Laboratory, schools, a police station, grocery stores, bakeries, tailor’s shops, shoemaker’s shops and houses – but sadly they are now almost all abandoned and slowly falling apart. 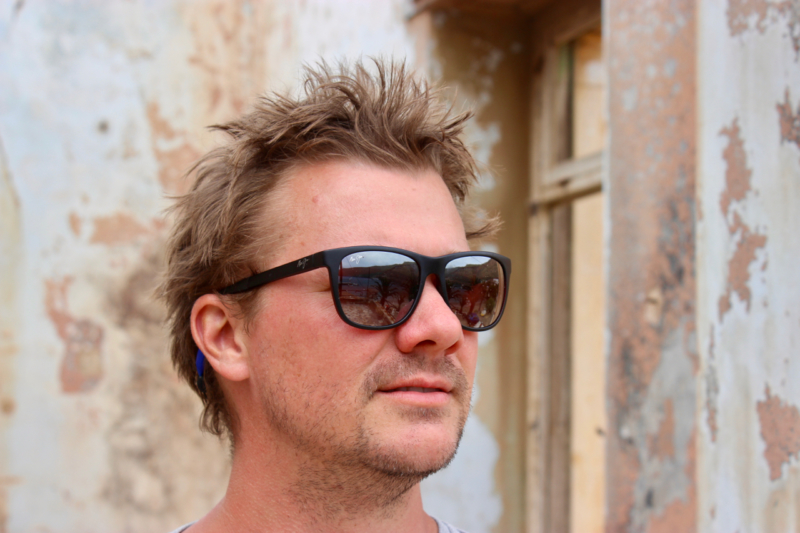 (Love these sunglasses? I think they look damn good on my handsome hubby! They’re the Tail Slide stylefrom Maui Jim with Maui Rose lenses. I got a pair in a different style and they are honestly the best sunglass lenses EVER!) 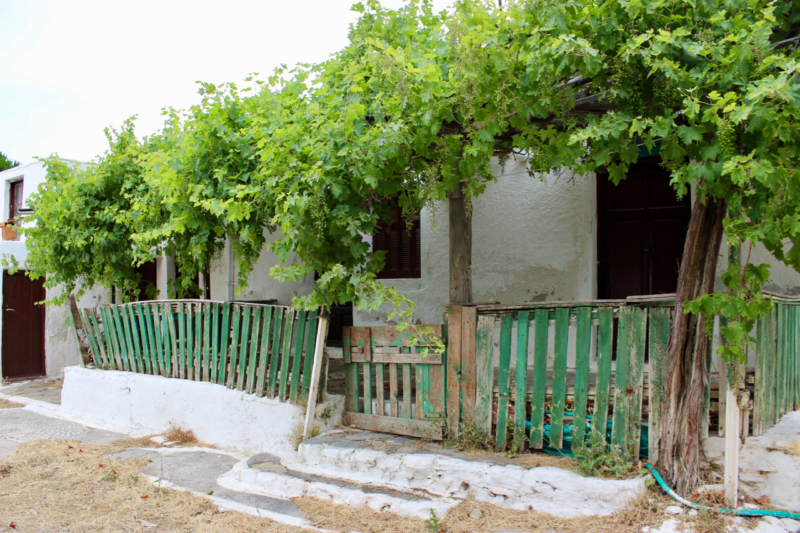 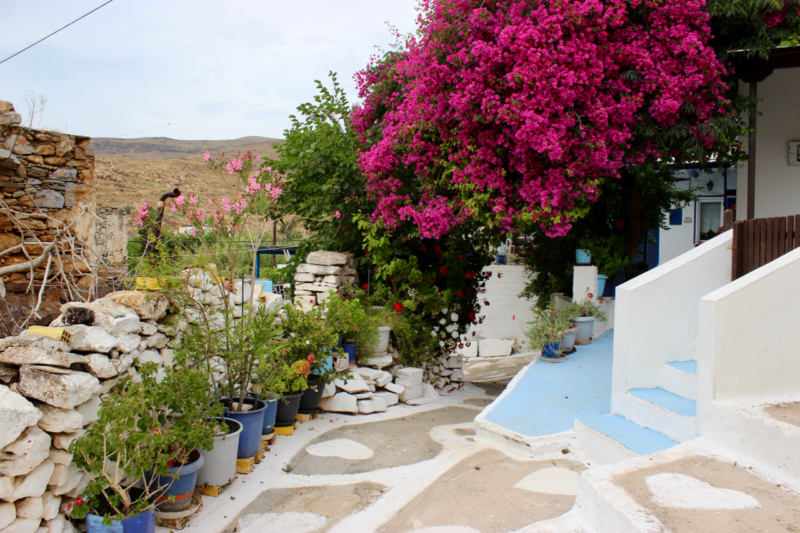 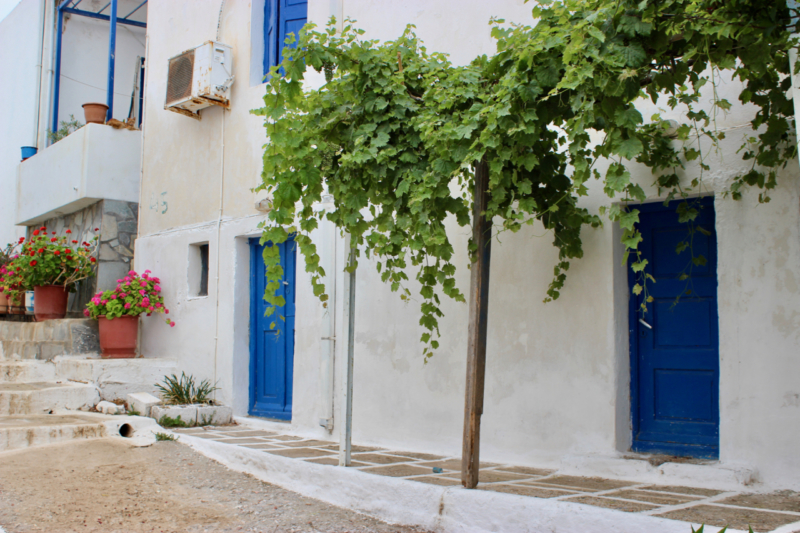 From the little bit of history I could find out about this town it seems like this beautiful building with it’s neoclassical facade was the Head Quarters of the”Serifos-Spilialeza” mining operation that dominated this town back in the late 19th century. We loved exploring this majestic old building but it’s certainly seen better days… 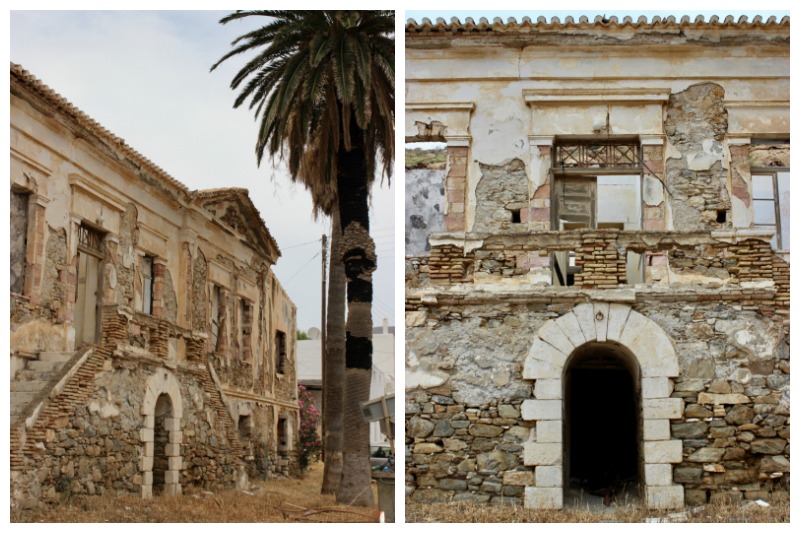 Next to the company’s head offices there is the memorial of the heroes, a sober reminder of the bloody revolt of the mines’ workers in 1916, which is an integral part of the island’s history. On the opposite end of the main street there is also the church of Agios Ioannis Prodromos, that features remarkable frescos dating from the 17th century.

Dominating the bay, and located quite near to where we dropped anchor, there is a metallic mine loading-unloading ladder that was built in 1932. A few of our party explored this side of the island (while we stuck to the village) and they came across abandoned wagons, rails, building ruins and other machines that were once used for the mining works. 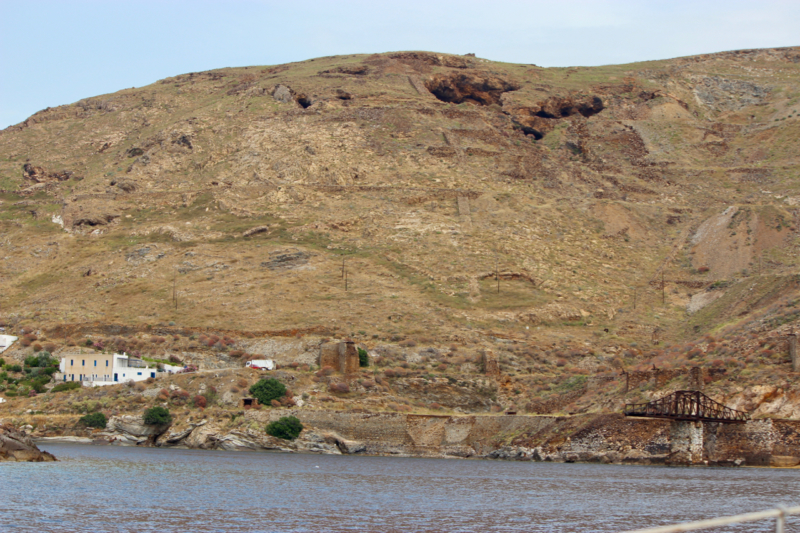 And what is a sailing holiday without taking the time to unwind on a beach with a great view? The shade of the tamarisk trees lining the beach lured us to linger longer at this spot – and we enjoyed our private beach all to ourselves while enjoying cold Cokes and platters of Greek food. As we shared our meze platters of calamari, feta cheese, tzatziki, olives and the most incredible deep-fried tomato balls known as “tomatokeftedes” and “kolokythakia-tiganitazucchini” (another deep fried delight made with zucchini), we watched the local fishing boat come in to deliver his “catch of the day” just before sunset… all in all it was a pretty good way to end another successful sailing day! If my post has inspired you to plan a trip to Greece be sure to search Travelstart for cheap international flights.

Sailing around the Cyclades islands in Greece

The picturesque island of Poros

Walking the trails of Sifnos Island

The beautiful fishing village of Kamares on Sifnos island

Our last stop in Siros

A "chicnic" at Allee Bleue