One of my biggest fears, up there with needles, snakes, spiders and being lost at sea, is heights! I’m not sure where these fears originate or why they do, but what I do know is that they are very real… I was the person clinging to the middle of the cable car on a recent trip to the top of Table Mountain – and then at the top I was not going anywhere near the edge or sitting on the ledge jutting out above the abyss – who are those people???

Anyway the reason I am telling you this is that today I’m pleased to share that I have faced my fear of heights and conquered it! Let me tell you how…

Over the past few weeks I’ve been sharing some posts about my #SecretSunday spent in the Elgin Valley and on our last morning in the area an opportunity came up that was too good to resist… a chance to go ziplining – a type of large “foefie” slide. Now this was something I’d heard about when on holiday down the Garden Route and always wanted to try but the time had never been right what with having 2 small kids with us and all.

Anyway, when I heard that a few of the bloggers would be heading out to try the newest ziplining course from Cape Canopy Tours high up in the Hottentots Holland Mountains I quickly knew I had to join them… and made a few phone calls to arrange my child-care arrangements back home! Then off we went on an unexpected adventure – usually the very best types! 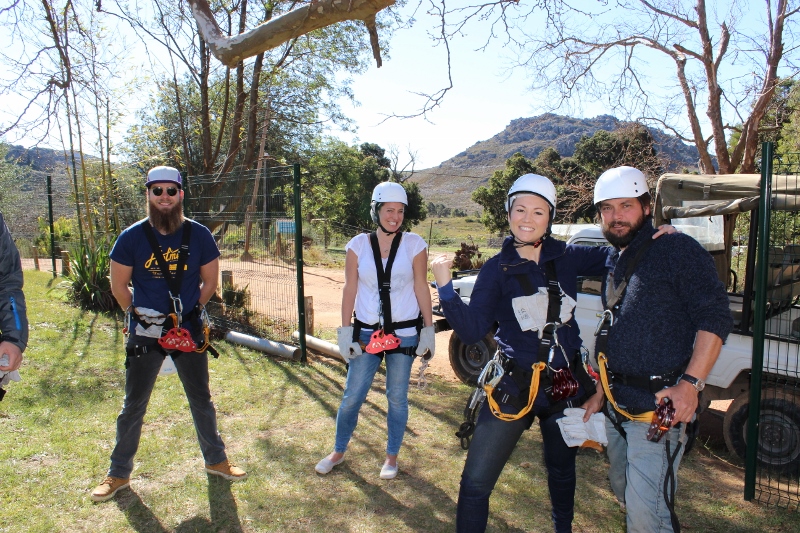 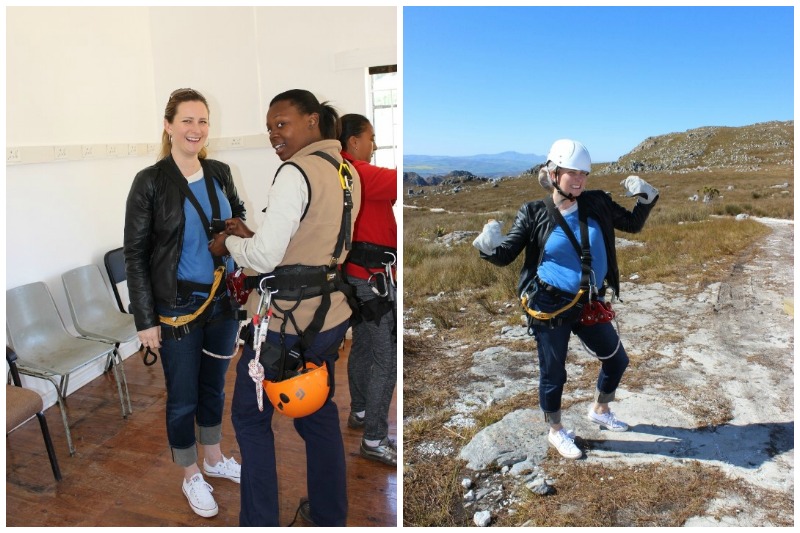 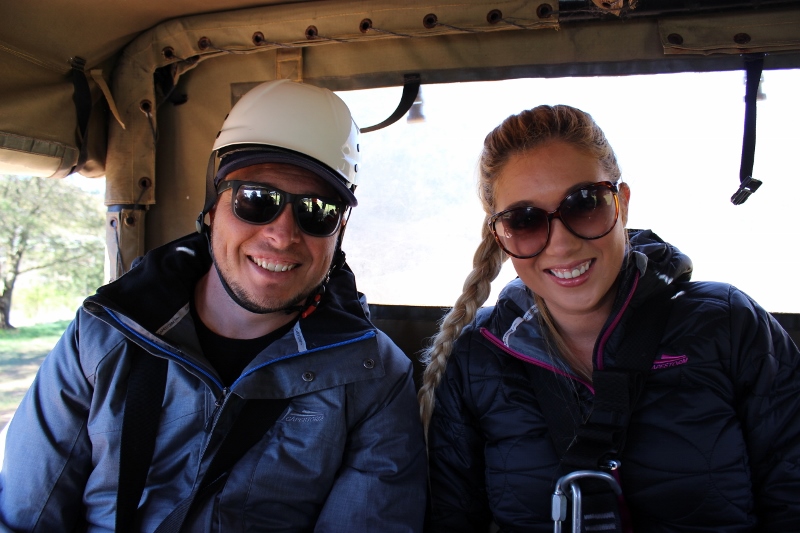 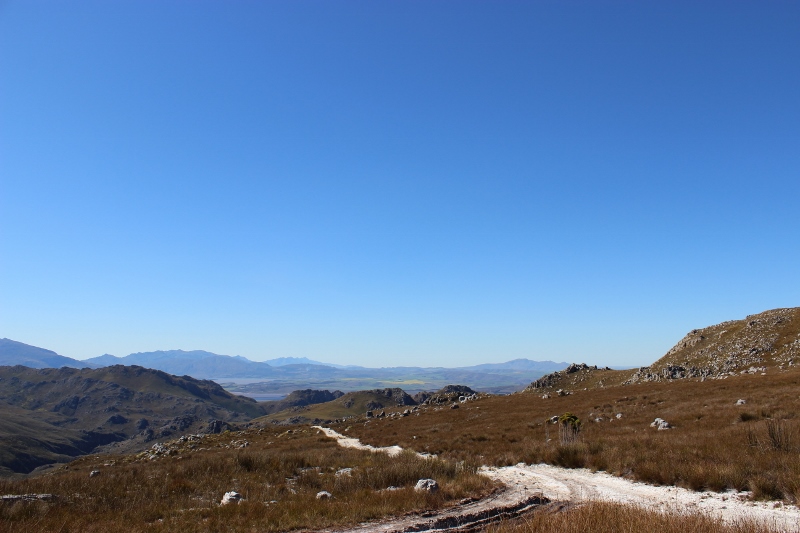 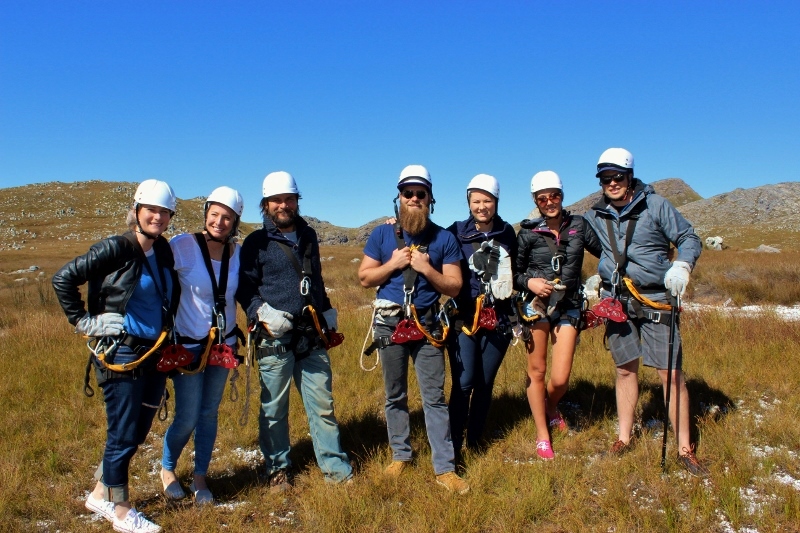 After a short walk we arrived at the first platform and then I finally had a better idea of what I had signed up for – let’s just say it was MUCH more than I had anticipated. I had seen pics and a few videos of people ziplining through trees etc but this was a whole other league. This was basically throwing yourself off a mountain into a ravine hundreds of metres high – and all you were relying on was the harness and cable you were attached to. It was insanity for someone scared of heights. 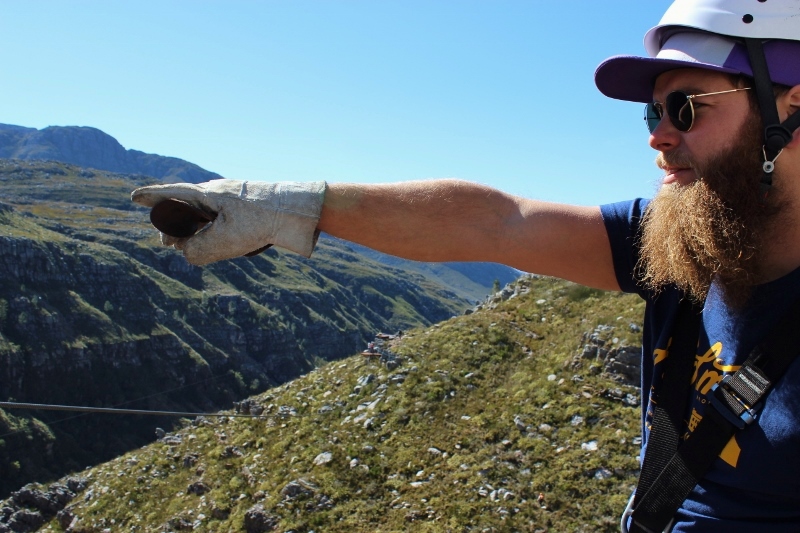 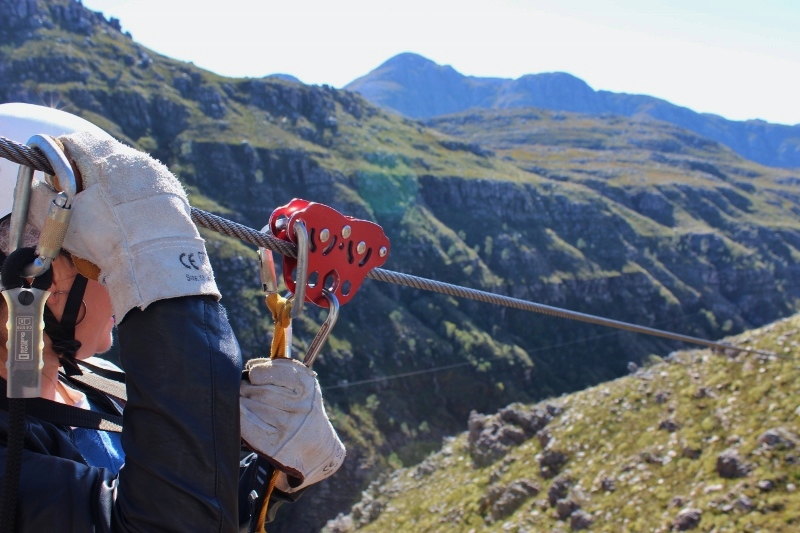 BUT I was there and I wanted to do it even through I didn’t want to. I know how confusing that sounds but I’m the type of person who grabs opportunities and runs with them and this was one of those – something I wouldn’t get the chance to do again. So, despite everything in me telling me I was crazy I decided to ignore my fear and just do it! 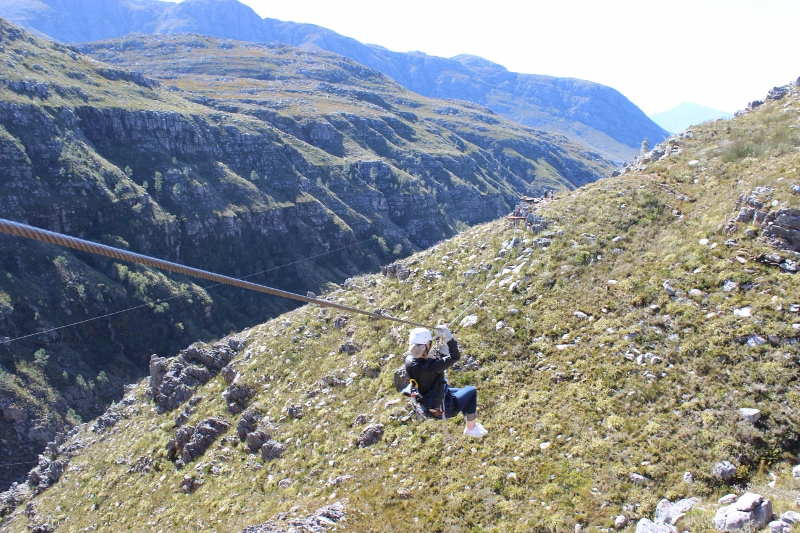 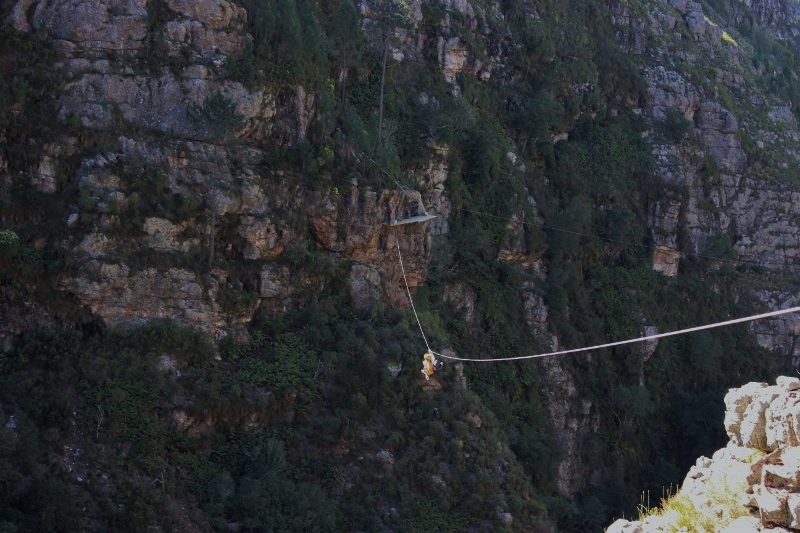 The first few cables were hard – not only was I fighting back my fear but I was also struggling to figure out just how to do things properly, especially the braking. I hurt my shoulder on the first zipline when I didn’t realised just how hard your arm gets pulled back when you’re braking at that speed! But, after a few more go’s I got into a rhythm and it became much easier. The heights didn’t!

With over 13 ziplines, some more than 300m in length, this was by far the most challenging adventure activity I have ever done. And it was confirmed as the most extreme course by one of the guys in our group who has done 5 of the ziplines around SA! 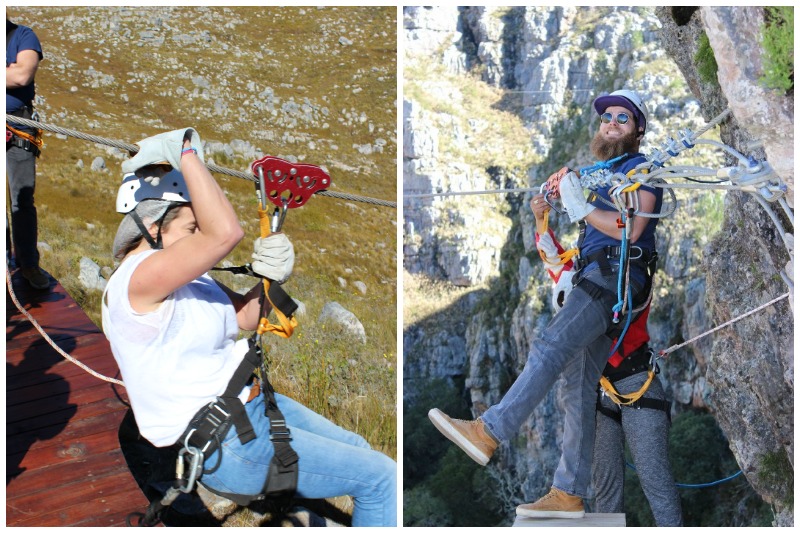 Overall this was an incredible experience that I’m so grateful I got a chance to do – yes, it was a challenge and I really had to calm my heart and my head and not look down too much, but it was amazing to be in a part of nature that you would otherwise never see unless you were a bird or a Cape Mountain Leopard!!  The scenery was magnificent but I would totally have taken a warmer top if I’d know just how chilly the wind can get when you’re whistling through ravines and clinging to the shadowy side of the mountain! 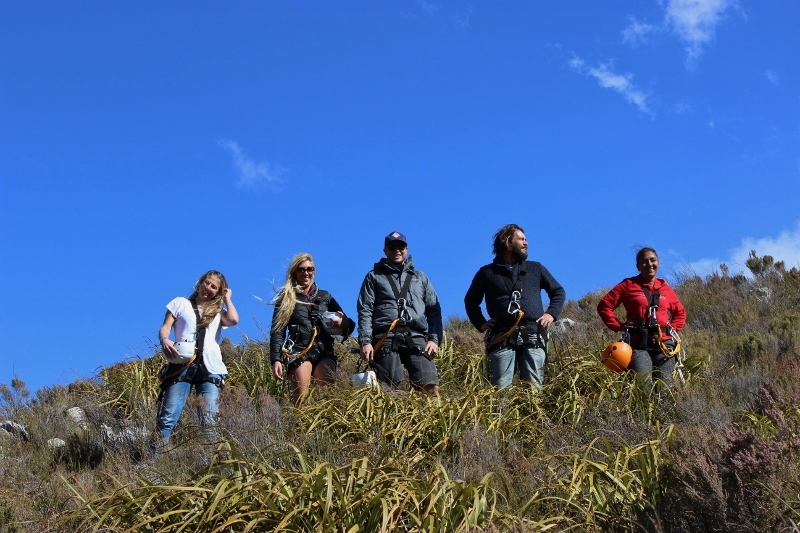 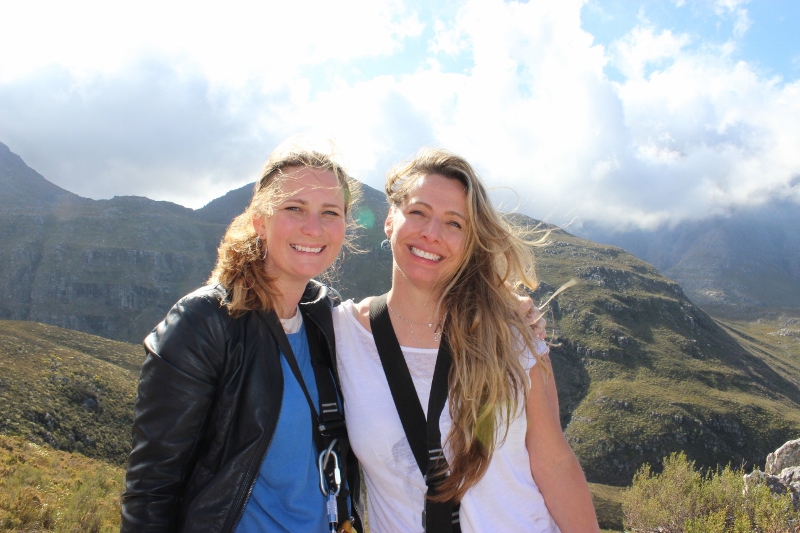 And then after about 3 hours of zipping through the air, it was all over and time to hike back to our pick-up point. After the exhilarating experience I felt amazing – the adrenalin pumping through my veins might have had something to do with it!! Knowing I had faced a fear and come out the other side was awesome but I will admit it felt great to be back on solid ground as opposed to on a tiny wooden platform hundreds of metres in the air!!

I came, I saw, I conquered!

If you’d like to see some ziplining in action, watch this great video shot and edited by Mike Eloff one of my fellow zipliners on the day and blogger over at Explore Cape Town.

Keen to try the most extreme zipline in the world for yourself on your next trip to South Africa?

A tour costs R595 per person and there is a R40 discount for Wild Card Holders.

How to Help: The Sunflower Fund

Getting a revamp at Style Bar