I’m such a huge fan of Downton Abbey and waiting for the start of the 5th series has been torture, but the good news is that I finally have something to tide me over…. a stunning photo shoot featuring the beautiful Dames of Downton. Be still my beating heart!! 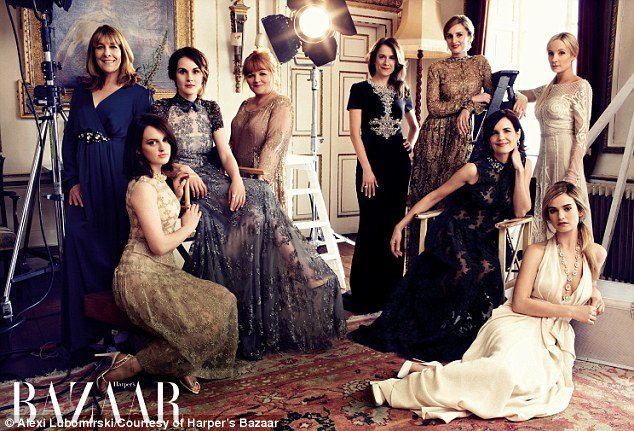 Michelle Dockery, who plays Lady Mary Crawley in the series, stars on the cover of the issue, wearing a silk and feather-embellished Valentino dress. 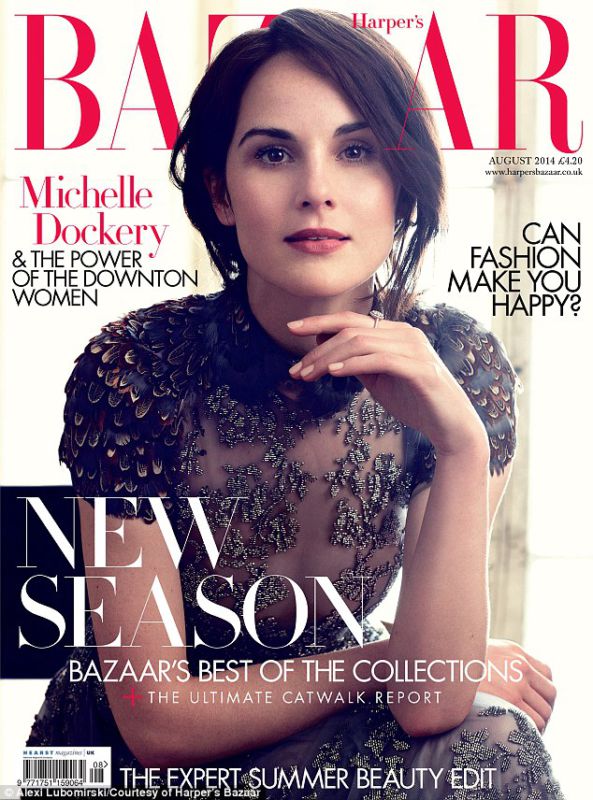 “Julian [Fellowes, the writer of “Downton Abbey”] writes so well for women,” Dockery told the magazine. “He’s got a very good way with families. We’re all very lucky that we’re playing roles that are very complex, not just two-dimensional and predictable.”

There is also an alternative cover for subscribers that features Dockery, Lily James (Lady Rose MacClare) and Laura Carmichael (Lady Edith Crawley) in dresses by Valentino. 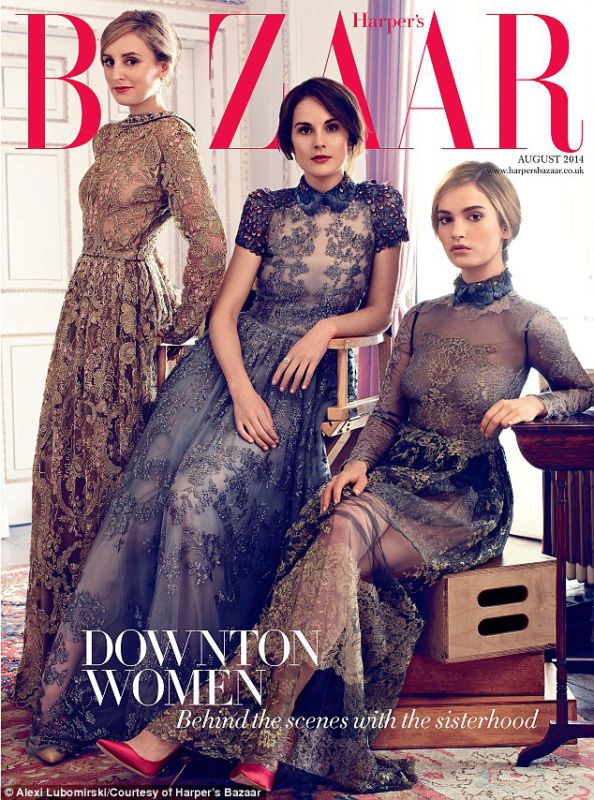 When you see all these women together, you realise how, both upstairs and downstairs at Downton Abbey, it is the women who rule. Carson and Lord Grantham are officially in charge of their respective domains, but there’s a growing sense in both places that the women are staging a kind of benign takeover, finding their roles in a mid-1920s Britain that is very gradually warming to the idea that women might, after all, have something to offer beyond child-bearing and adorning a dinner table, that they might have something to say. 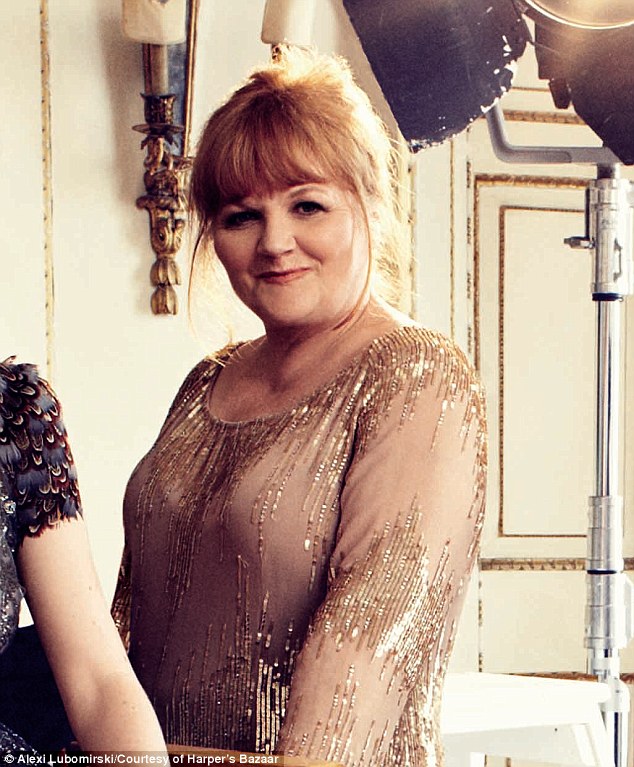 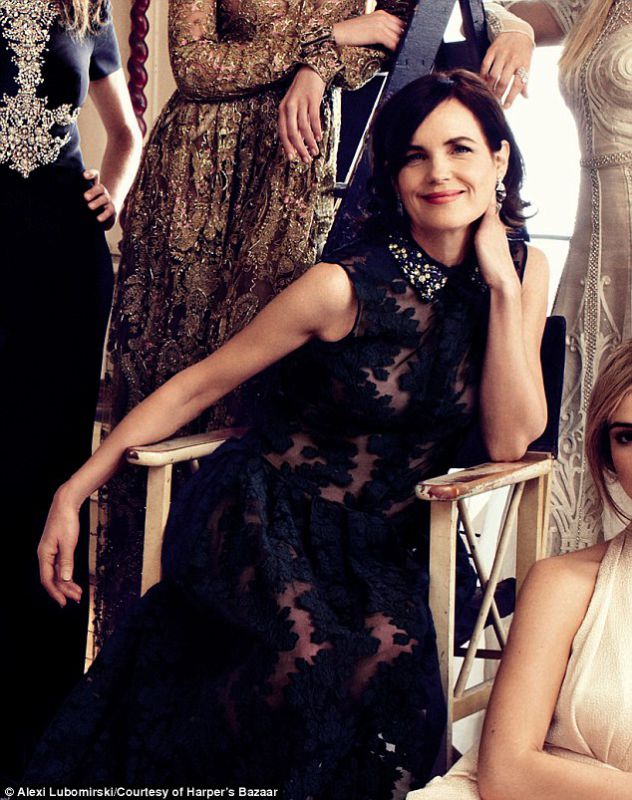 “Women in their 40s and 50s are very under-represented by all aspects of the media. There are not many stories out there, and that’s where ‘Downton Abbey’ is so nice,” said Elizabeth McGovern, who plays Lady Cora Crawley, the Countess of Grantham. “Maybe that’s partly why people have embraced it as much as they have.” 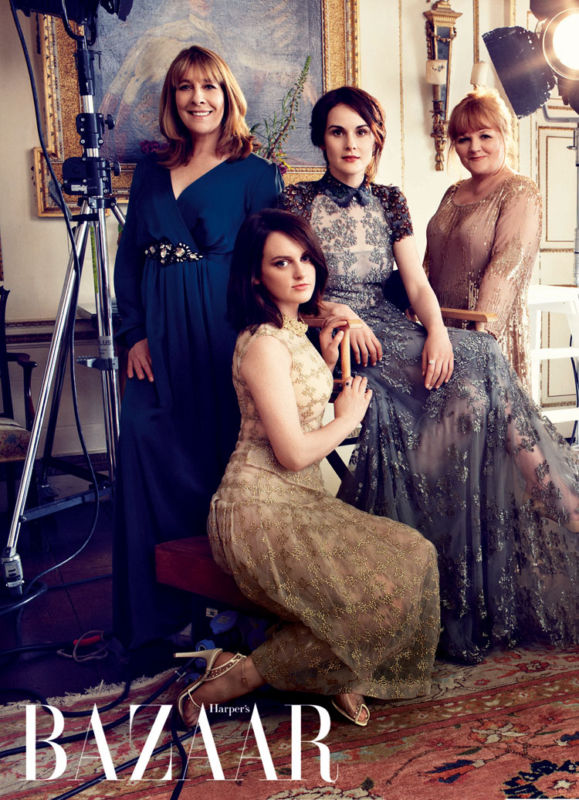 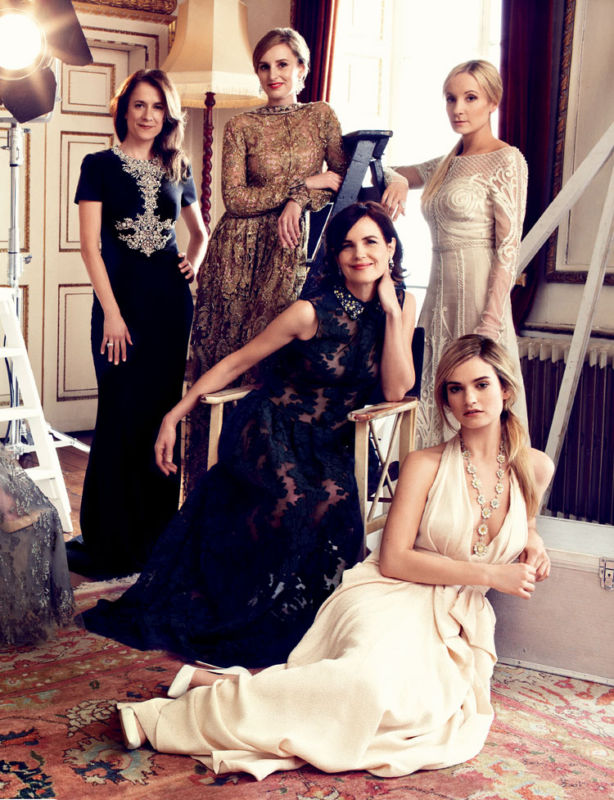 Downton Abbey has collected two Golden Globes, two SAG Awards, and 10 Emmy Awards since its 2010 premiere. The fourth season broke records – scoring an average 11.8 million UK viewers and 24 million US viewers. The series’ fifth season will debut in the U.K. on ITV this fall and in the U.S. on Masterpiece on PBS in January 2015. 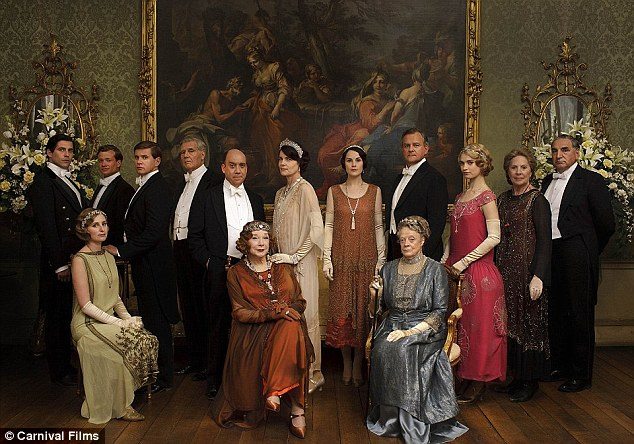 The full interview appears in the August issue of Harpers Bazaar UK, on sale in the U.K. July 4. It is also available as a digital edition and can be read online here. For more, visit harpersbazaar.co.uk.