On our visit to the KZN Midlands one of the places I was very keen to visit was the studio of the incredibly popular Ardmore Ceramics – a true South African design success story.

With a long rich history spanning over 30 years, this is the home of incredibly iconic ceramics and authentic artworks.

The story of Ardmore started in 1985 when Fée Halsted started on a journey teaching ceramics to a talented group of rural people on a farm in a remote corner of the Kwazulu-Natal province, South Africa.

The name of the brand is derived from the name of the first farm Fée lived on in Champagne Valley in Kwazulu-Natal, the place where she first met Bonnie Ntshalintshali who would become Fée’s first student and, in 1990, under Fée’s mentorship, win the Standard Bank Young Artist award. Bonnie along with other artists then sadly passed away from AIDS in 1999, and the Bonnie Ntshalintshali Museum was erected in her honour.

A few years later and with the exponential growth of Ardmore, Fée moved to a picturesque smallholding in the Caversham Valley, relocating the Ardmore studio and Bonnie Ntshalintshali Museum to her home and creating a unique home for the Ardmore family. 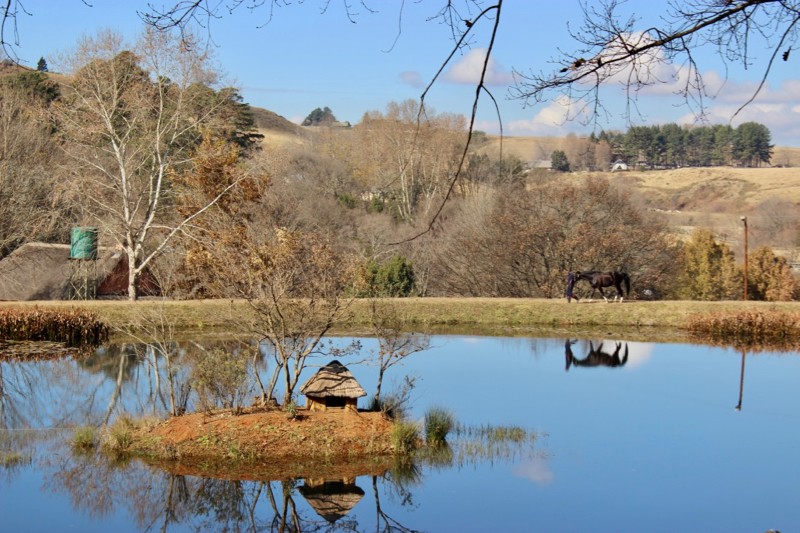 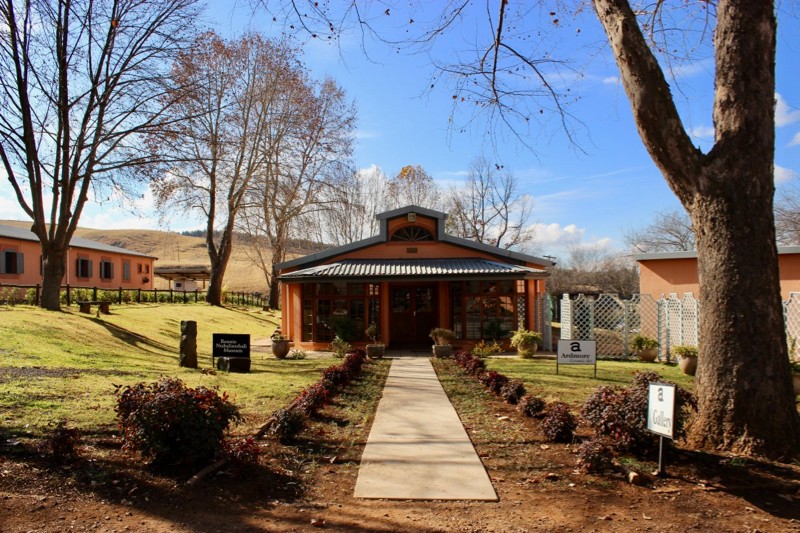 Today Ardmore is a bustling studio with over 70 African artists whose ceramic works have been recognized as modern day collectables by auction houses Christies, Bonham’s and Sotheby’s.

As a follow up to the success of Ardmore Ceramics, Ardmore Design has emerged, creating vibrant and eclectic fabric collections that are sought after by leading interior decorators and have included successful collaborations with renowned French fashion house Hermès and British wallpaper manufacturers Cole and Son. 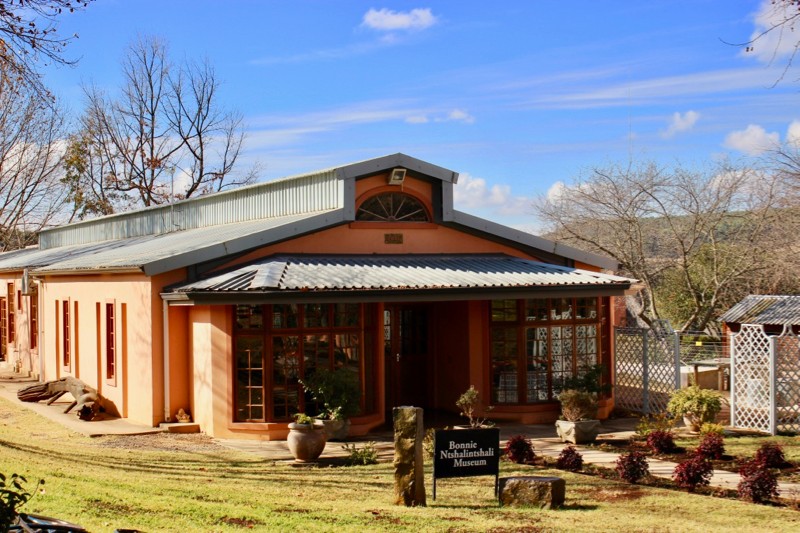 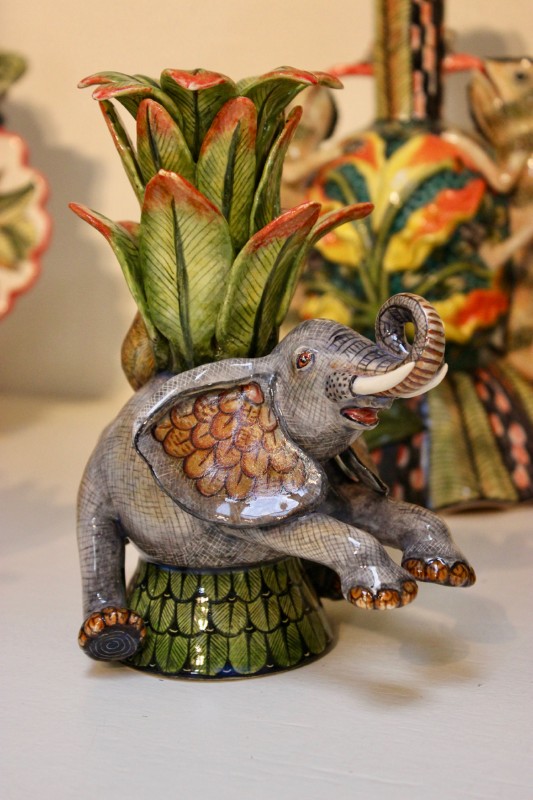 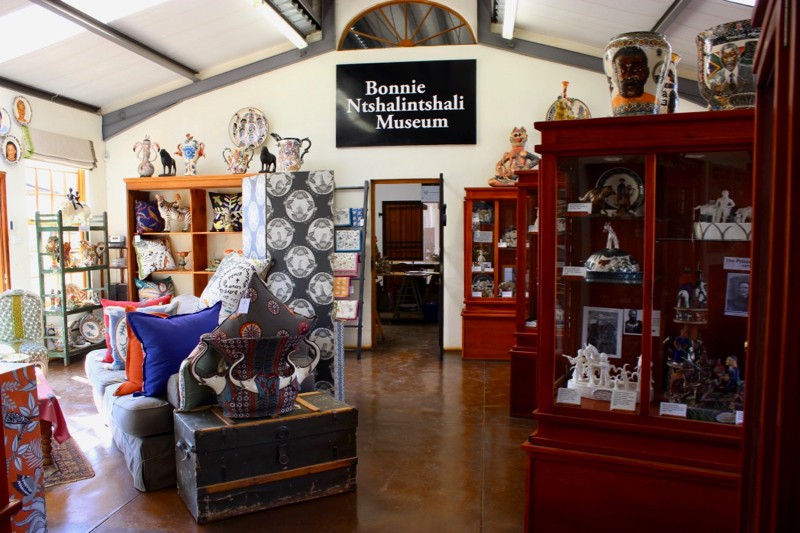 The Bonnie Ntshalintshali Museum proved to be a fascinating place to explore for my kids and we all spent time marvelling at the beauty and creativity of this unique creations. 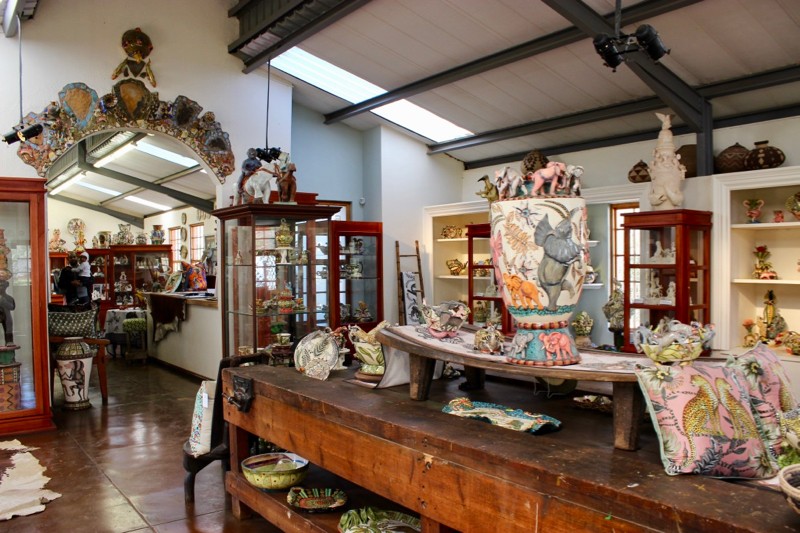 “Each Ardmore creation begins with a moment of inspiration – it could be an early morning walk along a misty river, an afternoon game drive in the Sabie wilderness, or watching the antics of a bird in the Ardmore Studio garden. The seeds of an idea are sown – as they so often are in Africa – by a serendipitous meeting between Nature, an enquiring mind and an artist’s eye.” 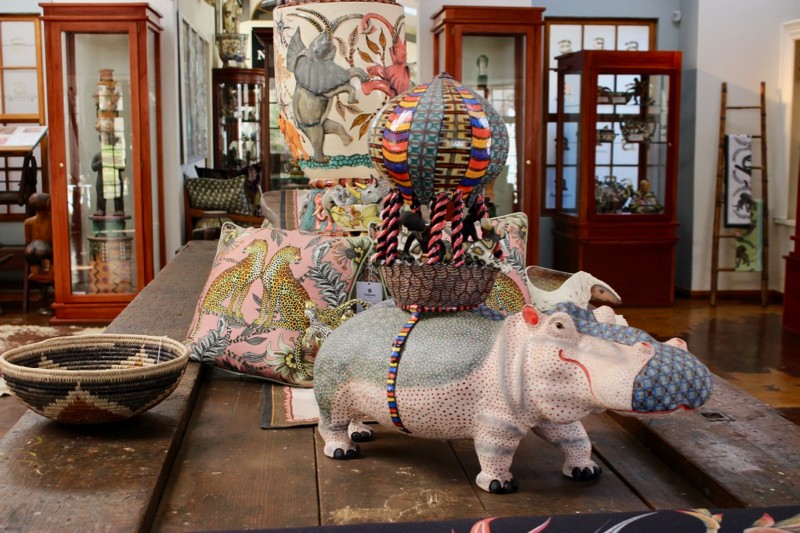 Each Ardmore ceramic piece is a collaborative process – from the design sketches, the sculptor or thrower will begin to mould the clay. Fantastical beasts and foliage take shape in skilful hands, before the finished piece is fired in our kilns and allowed to cool. Deft brushstrokes add colour and bring the art works to life using specialist paints that the kiln-firing process brings out as bold and vibrant. Each ceramic art work has at least two parents – a sculptor and an artist. 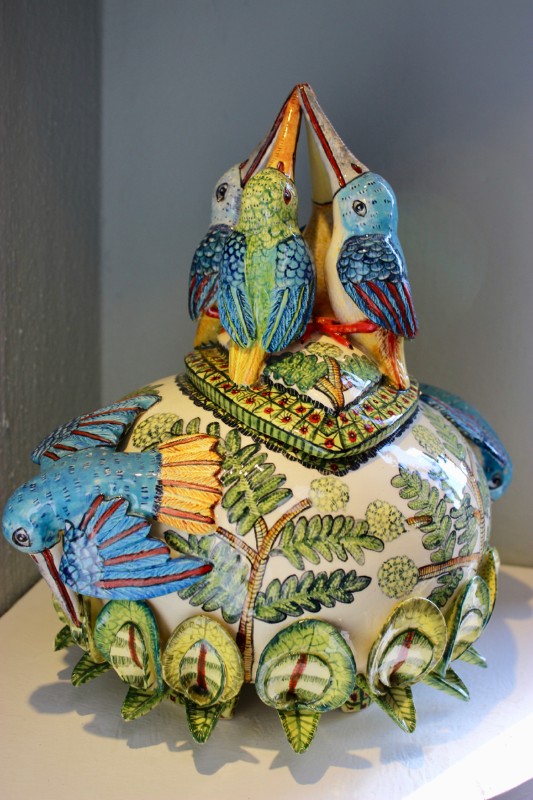 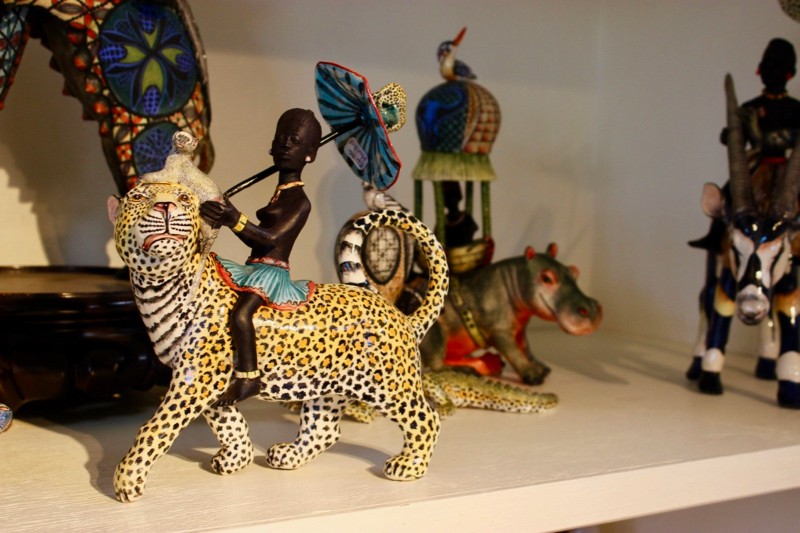 Similarly, each Ardmore Design fabric pattern tells a story and is often the work of many hands, from initial pencil sketches which are then hand painted in the finest detail before being turned into graphic designs and then printed onto the final designs in an array of fabrics such as velvet, silk and cotton that deliver beautiful, bold and bright colourways. 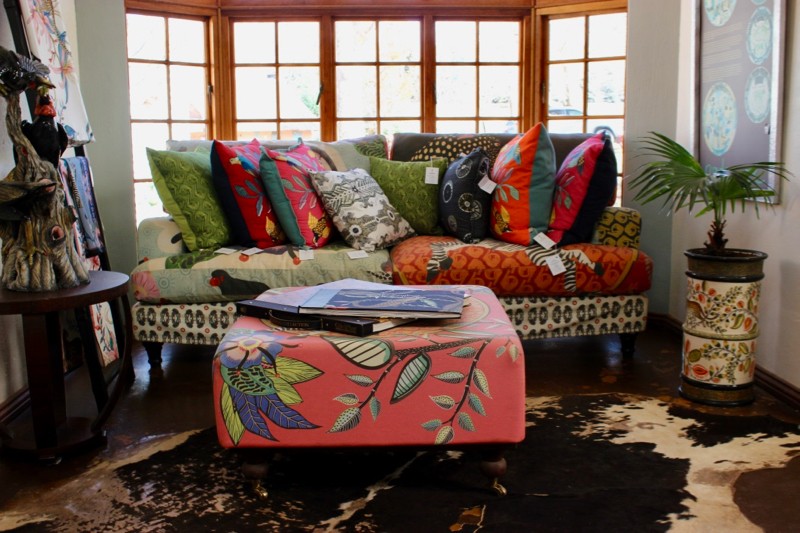 This space is one of collaboration and it’s amazing to think about how many creative minds and hands have a part to play in producing each piece of priceless work. A veritable Aladdin’s cave, this incredible studio is well worth a visit as it will inspire even the most uncreative to view the world differently!