So the long awaited Little Miss Beckham has arrived. Congratulations to David and Victoria on the birth of their baby daughter, Harper Seven! Yes that is her name… unusual but with brothers called Brooklyn, Romeo and Cruz she was never going to be called Elizabeth? 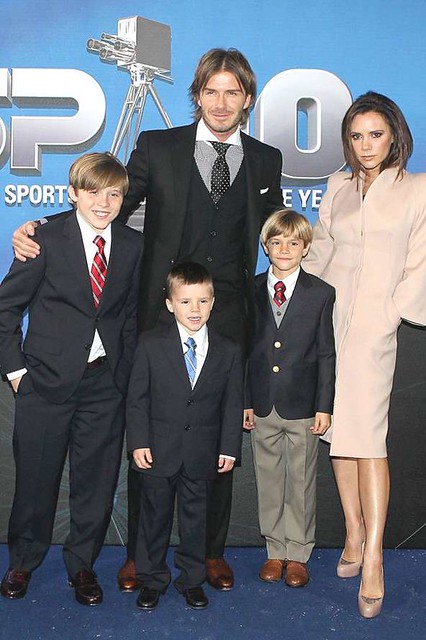 On the same topic, Natalie Portman has recently revealed the name of her baby son. He is Alef Portman-Millepied. The name honours Natalie’s Jewish heritage.

This is one of my favourite topics – baby names. Since I was a kid, my sister and I would compile lists of names of our future children. So far I have been fortunate enough to name 2 little people – a son and a daughter! Lucky me…..

How did you choose your children’s names? I narrowed down my decision to be something with a lovely meaning, preferably biblical that could be shorten to something cute as well as carry well into adulthood. Obviously I had a very long list and was looking forward to months of discussion but my husband who has no patience for that sort of thing cut that short after our first trip to the gynae when we discovered we were having a daughter. He choose the first and second name on the way home in the car! Truth be told, although I do love her name, I felt rather short changed that I didn’t get to discuss it more and I’m rather disappointed at the idea of never having the chance to choose another name… baby no 3???

Speaking of second names – what are you thoughts? Do you have a second name, do you use it, it is embarrassing – most are! My family have all got second names (and my dad a third name too) so I choose to have a second name for each of my kids – and this I wanted to honour a family member – preferably a granny or grandpa. Luckily for me I found a name for each child that is common to both sides of our family! So how did you choose? Or if you are still in the planning stages – be them in a few weeks or years – what are your main considerations? Wacky, original, way-out, unique, traditional, family name, biblical, easy to say and spell, the meaning, a special place or person?

Here is a list of celebrity baby names…. most are rather unique and some are downright cruel! It’s no wonder Zowie Bowie changed his name to Duncan Jones….

Seems like one of the hottest baby names among celebs these days is Henry!

Maybe a few celebs should read this article on Simplicity in Naming Children!

So which celeb baby name was your favourite? And least favourite??