Are you a pioneer? Have you ever started something that inspired others to follow in your path? Recently I was thinking about this question after being inspired by Kiehl’s new Pioneers by Nature campaign.

As a busy woman, working, blogging and “mommying” pretty much ALL full time, I often don’t really feel like I’ve pioneered anything worthwhile… I read stories of inspirational woman doing amazing things and I feel positively useless at life… barely surviving each day!

But as one of my very special friends pointed out just last week I have in fact pioneered something… this very blog! Obviously it’s hard to know exactly how many other bloggers out there have been inspired to start a blog after reading mine but during the season of running Blog Boot Camp I definitely know I had a small hand in getting a few blogs off the ground. (P.S. If you have been inspired by my blog I’d love to know about it… tell me in the comments below!!)

If we’re delving deeper into what it means to be a pioneer, then we really should look at the definition for more insight…

Pioneer: one who goes before to prepare or open up the way for others to follow, developing or being the first to apply a new method, area of knowledge or activity.

Which pretty much makes everyone of YOU a pioneer too… because whether you’re the first in your family to head to university, own your own business or even have kids then you’re definitely exploring a new area, everyday, and blazing a trail for others to follow you!!

The “Pioneers by Nature” campaign is a global Kiehl’s campaign that features an inspiring selection of people who are pioneering new ways of viewing and experiencing the world today, and celebrates their stories of power, strength and endurance.

Hailing from the industries of Music, Fashion, Style, Academia, Art, Technology and Green Design, Kiehl’s is teaming up with both local and international pioneers – Craig Jacobs, Jackie Burger, Elvis Blue & Prof Mamokgethi Phakeng (all South African) and Solange Knowles, Phillip Lim, Rachel Zoe, Dustin Yellin, Reshma Saujani and Robert Hammond (all international) – to bring their pioneering stories to life. Read on to find out more about the pioneers that resonated with me…

Reshma Saujani – Founder of Girls Who Code and Technology Pioneer
In the course of her political career and service as New York City’s Deputy Public Advocate, Reshma Saujani visited schools throughout the city. “I saw how little the girls in our schools were engaged with technology as a means of building toward their future careers,” Saujani says. When she realized that 56% of the work force is women but only 18% of engineers are female, Saujani was inspired to pioneer new ways of leveling the playing field. Saujani founded Girls Who Code in 2012 with the goal of closing the gender gap in tech by inspiring, educating, and equipping young women of all backgrounds to pursue careers in computer science. Girls Who Code’s programs have expanded rapidly and will have reached 10,000 girls in all fifty states by the end of 2015.

Rachel Zoe – Founder of The Zoe Report and Lifestyle Pioneer
An unparalleled fixture in the fashion world, Rachel Zoe is a distinguished designer, stylist and editor renowned for her effortless take on glamour. Throughout her career, Rachel has built a vast and loyal audience of fans and followers with her infectious enthusiasm for fashion, aspirational style, expertise and approachable personality. Having immersed herself in fashion and design for nearly two decades, Rachel has been heralded as one of the most influential forces working in fashion today.

Jackie Burger – Salonnière** of Salon* 58 and Fashion Pioneer
South African style icon and trend setter, Jackie Burger has been involved in the fashion industry for 25 years, having worked in retail marketing, television and publishing – where she has worked for publications like Fairlady and ELLE South Africa. Jackie’s latest pioneering venture, Salon 58, combines her passions, skills and forward-thinking credentials into a curated space for women to feel inspired.

Look out on Twitter for live Q&A’s with the South African pioneers selected by Kiehl’s for their Pioneers by Nature campaign and you could stand a chance to be mentored by one of them!

In partnership with these influencers, and in keeping with Kiehl’s pioneering spirit in Charitable Giving, Kiehl’s will be making a donation of $150,000 (Internationally) to support organizations that serve the Environment and Children. In South Africa, Kiehl’s aims to donate 10 000 meals to Stop Hunger Now, a non-profit organization which focuses on the nutritional needs of children in early childhood development phase in disadvantaged areas. During the month of October, Kiehl’s also hopes to also activate all of their customers to donate meals, by asking people to add R2,75 (the cost of one meal) to their Kiehl’s purchases in store.

Some highlights from Kiehl’s Pioneering Heritage:

1851: One of America’s Oldest Pharmacies, the precursor to the original Kiehl Pharmacy, Brunswick Apotheke first served patrons in New York’s East Village neighborhood at the corner of Third Avenue and Thirteenth Street.

1920’s: Kiehl’s was among the first beauty companies to proudly list ingredients on its product labels, even before the US government mandated it, to help customers make more informed and confident purchasing decisions.

1960’s: Founding family member, Aaron Morse noticed that when couples would come into Kiehl’s, the gentlemen did not have an interest in cosmetic products. It was at this time that Mr. Morse began displaying his collection of vintage Harley Davidson and Indian motorcycles throughout the store, establishing a comfortable experience for both men and women alike.

2009: Affectionately referred to as “Midnight Magic” by customers, Kiehl’s Midnight Recovery Concentrate was a pioneer in the facial oil category well before the recent oil trend explosion. With over 1 million bottles sold and 46 beauty awards, this powerful concentrate quickly earned cult status and remains a leading beauty product in the industry. 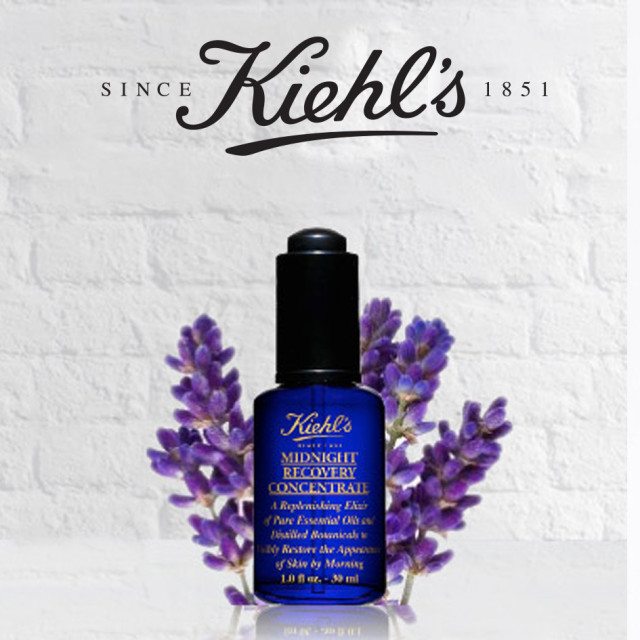 Hanging out at Hog Hollow

What I... Coffee Girl and Tea Girl from We Do Coffee