If there is one movie I am dying to see this year is the long awaited remake of The Great Gatsby starring Carey Mulligan as Daisy Buchanan, Leonardo diCaprio as Jay Gatsby and Tobey Maguire as Nick Carraway. The novel by F. Scott Fitzgerald set during the “Roaring Twenties” will be brought to the attention of another generation due to director Baz Luhrmann’s lavish production, gorgeous sets and exquisite costumes!

I love what Luhrmann’s wife and costume designer, Catherine Martin, had to share about the costumes… “I collaborated with Miuccia Prada to create more than 40 looks for the movie, including Mulligan’s showstopping party dress: a shimmering chandelier frock made of crystal drops connected by a net of metal rings, inspired by a look from Prada’s spring 2010 collection. If you think about it in terms of the neckline on dresses—strapless, one-shouldered, V-neck—whatever necklines you want to talk about they had in the 1920s. They had every silhouette of dress, from Erté, long and languid; the beginning of the bias cut; the robe de style, which was much more like the Dior New Look, with a slim bodice and a big skirt; the shift dress; the jersey dress; the shirt-maker dress—all those styles were invented in that period, or else they were synthesized and made modern.”

“Gatsby is hounded by his own celebrity. Remember that celebrity gossip and newspapers are a new invention. Celebrity was just being born in the twenties, and Fitzgerald was fascinated with it.” – Baz Lurhmann

Here the lead actress, Carey Mulligan (who won the part of Daisy over almost every other actress of her generation) wears some of the glamorous flapper fashions for a photo shoot in Vogue (on shelves 23 April 2013) 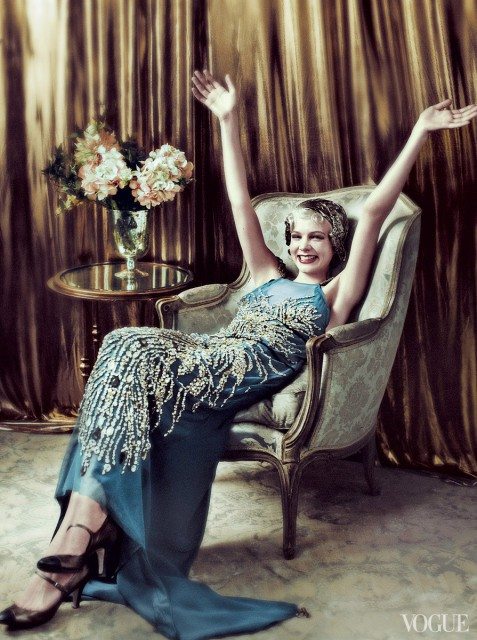 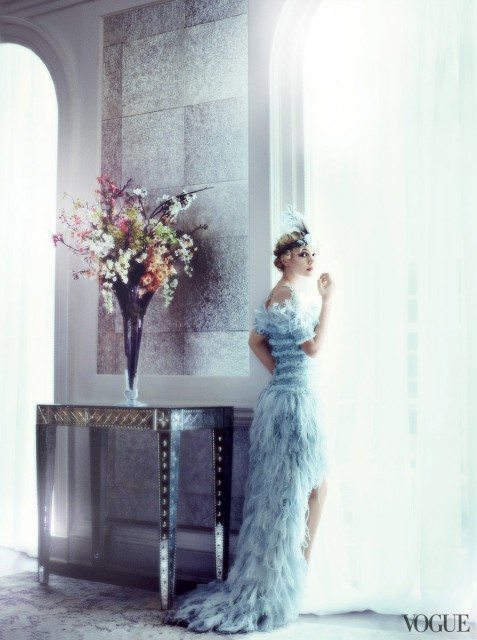 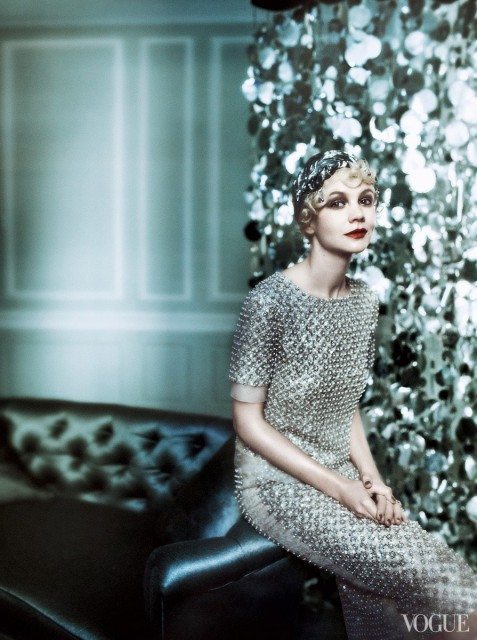 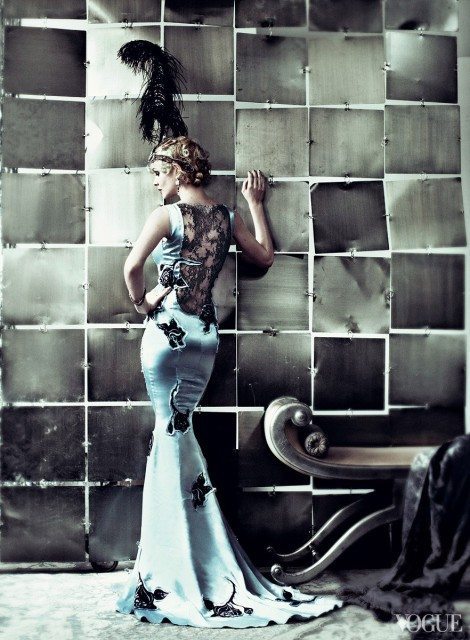 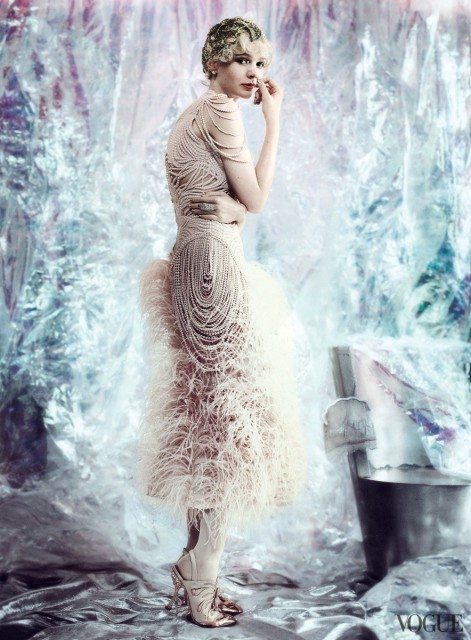 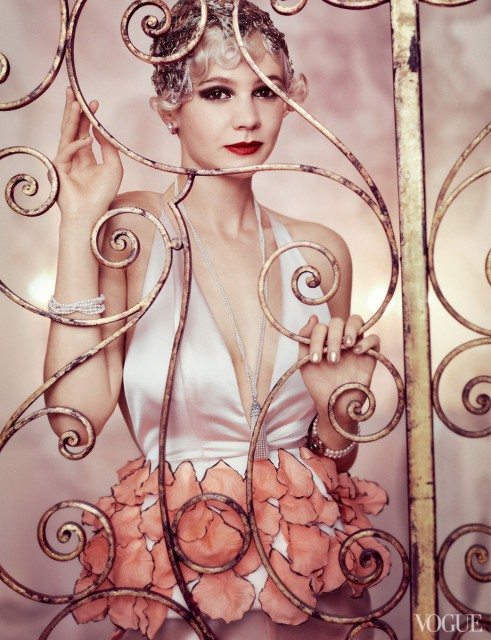 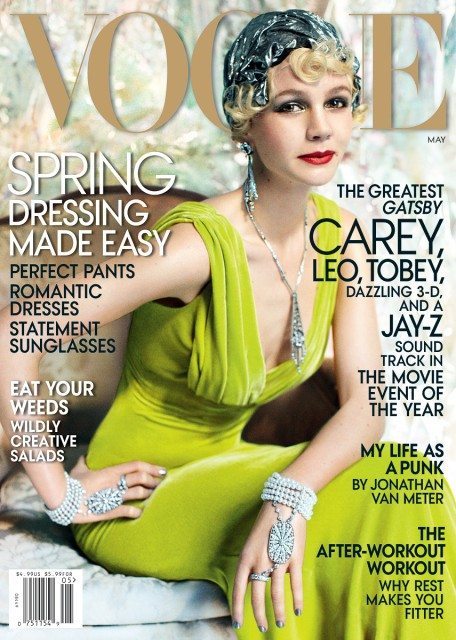 I don’t know about you but I can’t wait!

What I... Roxy from City Girl Searching