On our second evening game drive we were treated to a trip up to the top of the Camdeboo mountain via the most insane 4×4 “road” I have ever experienced!! The Samara scenery continued to amaze us at every turn. The drive to the top of the mountain, at a 60 degree incline all the way, on one of the bumpiest roads ever, was thrilling! 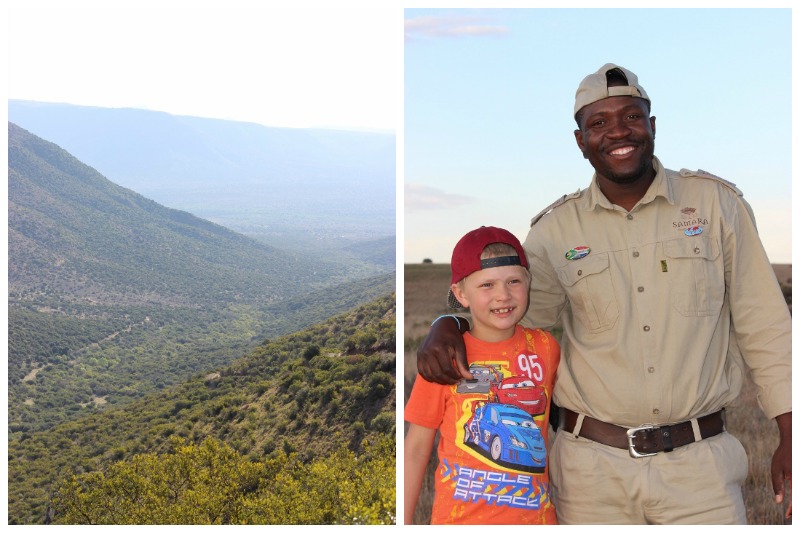 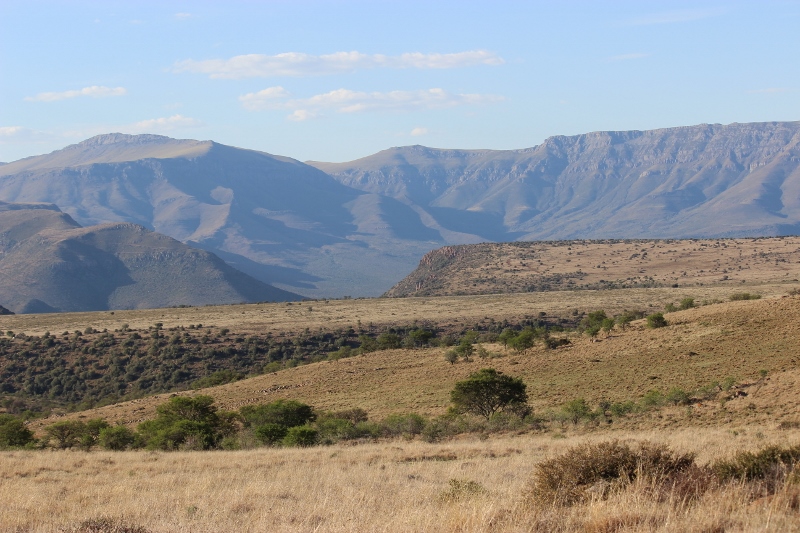 Finally we found ourselves driving on more level ground as we reached the summit. And out before us stretched a huge savanna-like expanse of dry, yellow grass and wide open skies. Another spectacular Samara scene!

Dotted around on the horizon were groups of animals, all very different from those we had spotted earlier the same day down in the valley. This terrain was the home of herds of black wildebeest, eland, gemsbok and the endangered Cape Mountain Zebra. 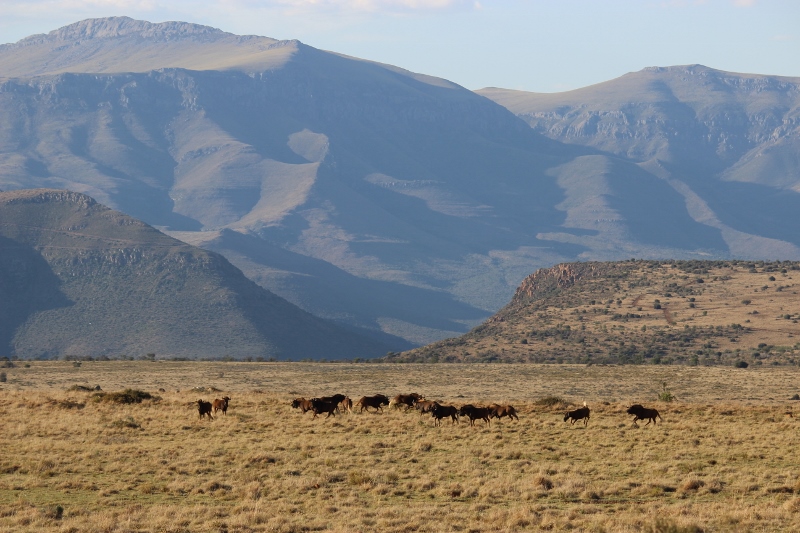 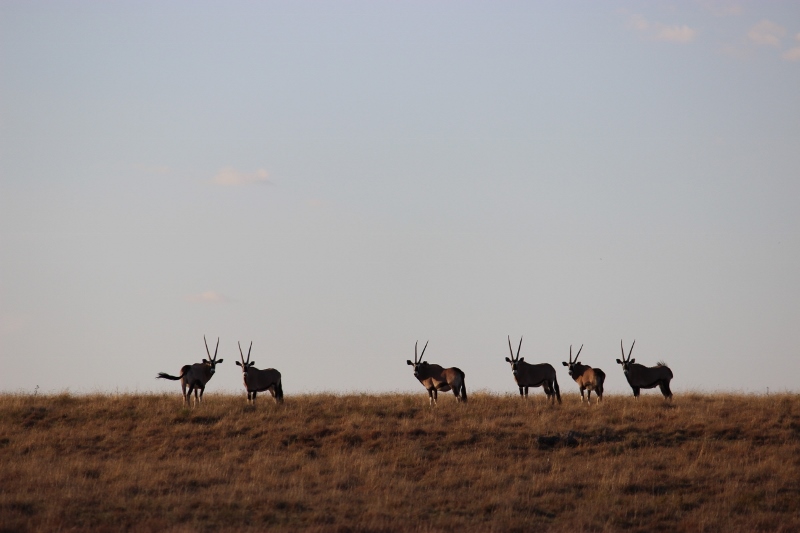 Besides the natural beauty of Samara what makes it a truly special place is the amazing conservation programmes that have been established to reintroduce endangered species and allow them to thrive in their natural habitat. One of these is the Cape Mountain Zebra, which was hunted to near extinction with less than 100 individuals in the 1930s. However, the population has increased in the wild, to approx 3000, due to conservation efforts.

We were fortunate enough to get a closer look at these shy animals and learn a bit more about them. Like all zebra, they have stripes on their bodies, but they do not have stripes on their bellies. The stripe can be black and white or dark brown and white. The black stripes of the Cape Mountain Zebra are thicker with much smaller white interspaces, while this is the opposite in other Zebra species. The Mountain Zebra also has a dewlap. No two zebras stripes are the same – their stripes are like our fingerprints – completely unique! 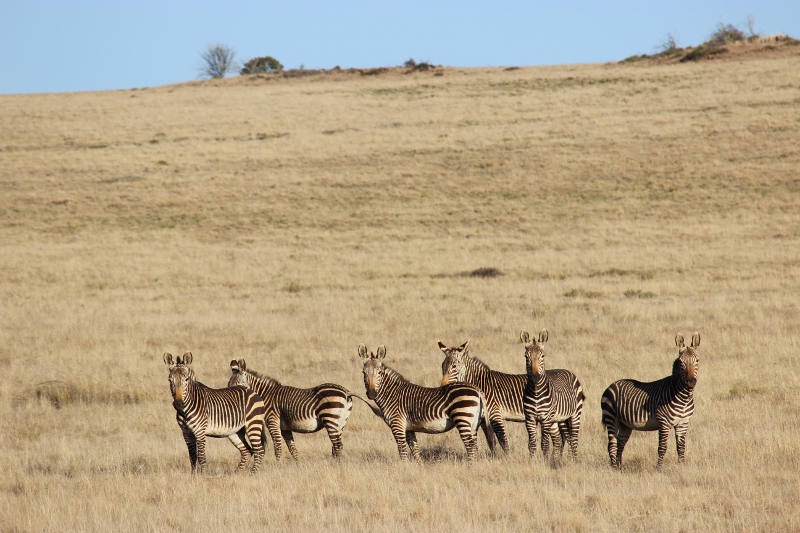 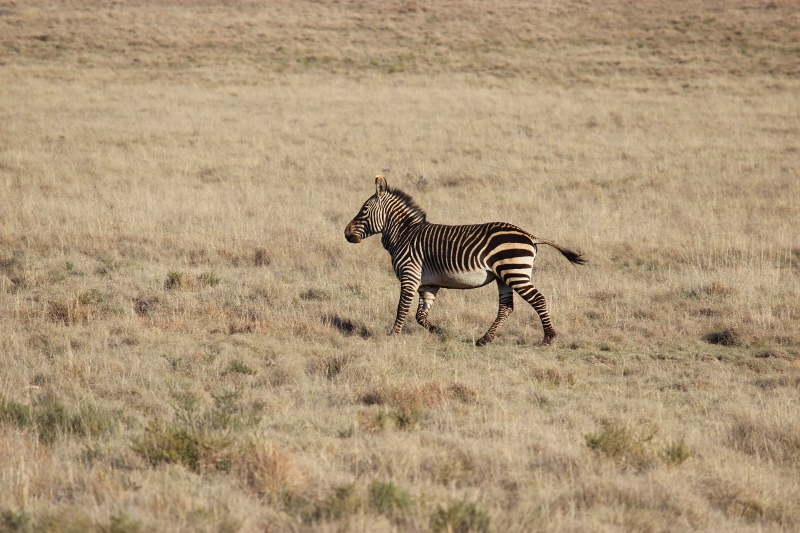 Another protected species we encountered on this drive on the grassy uplands of Samara, was the national bird of South Africa. The Blue Crane, also known as the Stanley Crane and the Paradise Crane, is a tall, pale blue-gray bird who wears a white crown, a pink bill, and long, dark gray wingtip feathers which trail to the ground. The primary causes of the sudden decline of the Blue Crane population is the growing human population and the conversion of grasslands into commercial tree plantations as well as poisoning.

We were treated to a mating ritual by a pair of Blue Cranes and watched in wonder as they danced and pranced for one another and then took off in elegant flight over our heads…. 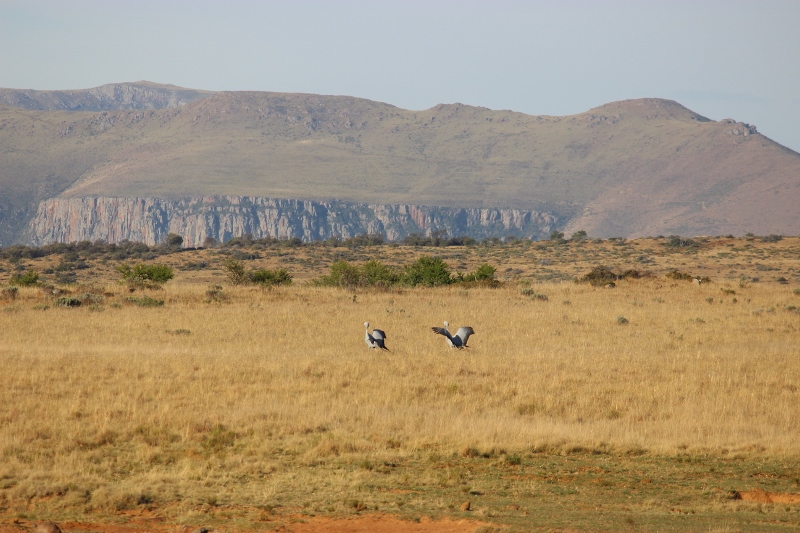 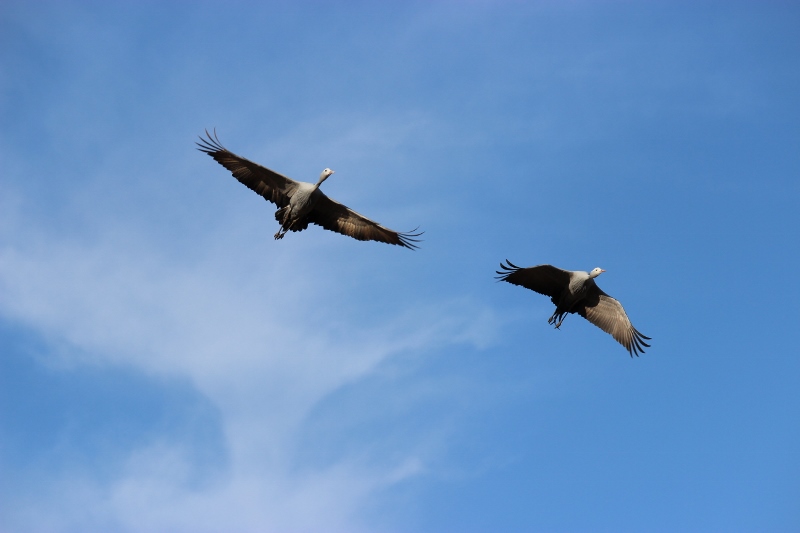 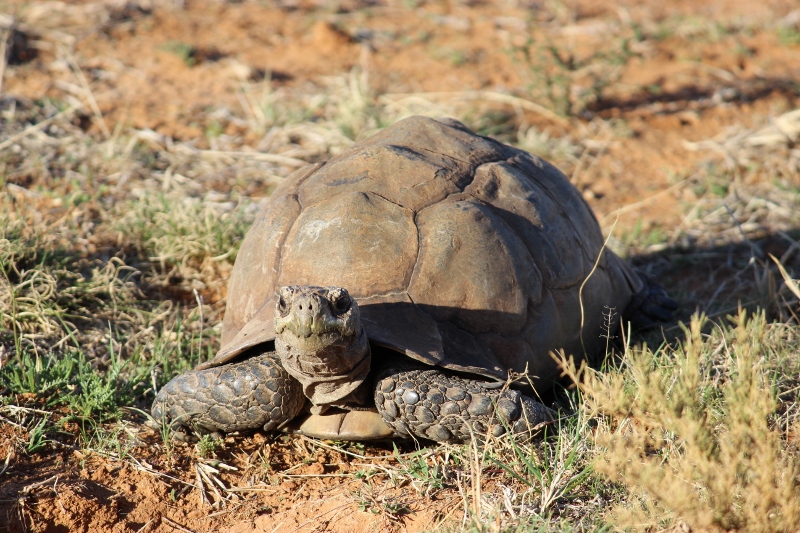 Finally we stopped at our evening sundowner spot – a magnificent view point overlooking the Plains of the Camdeboo, an area that, before the arrival of the 19th Century settlers, teemed with springbok, wildebeest, elephant, rhinoceros, cheetah and buffalo!

The vast plains that stretched out before us were once the stage for one of the biggest migrations ever to occur on earth! Here millions of springbok and black wildebeest would migrate yearly in search of better grazing and water. According to witnesses the dust in this parched thirstland would only settle after a number of days.

Unfortunately this magnificent sight stopped abruptly when the traditional game paths that the springbok followed for centuries made way for agricultural fences and the big game was hunted for sport! The owners of Samara, Sarah and Mark Tompkins, dream of once again bearing witness to these great migrations and seeing the footprints of large game that disappeared from the Great Karoo so long ago! 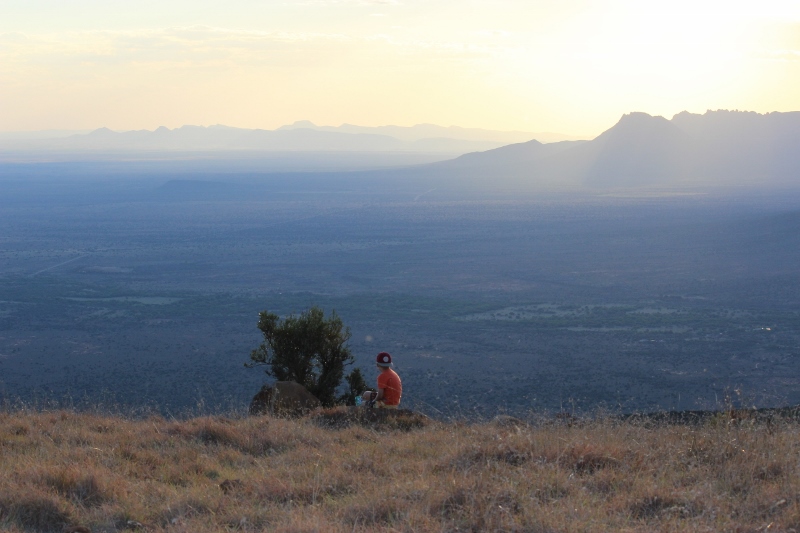 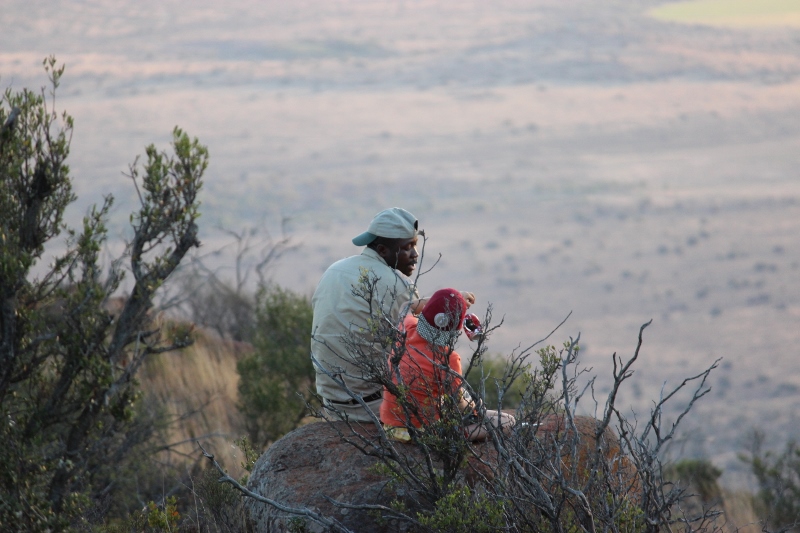 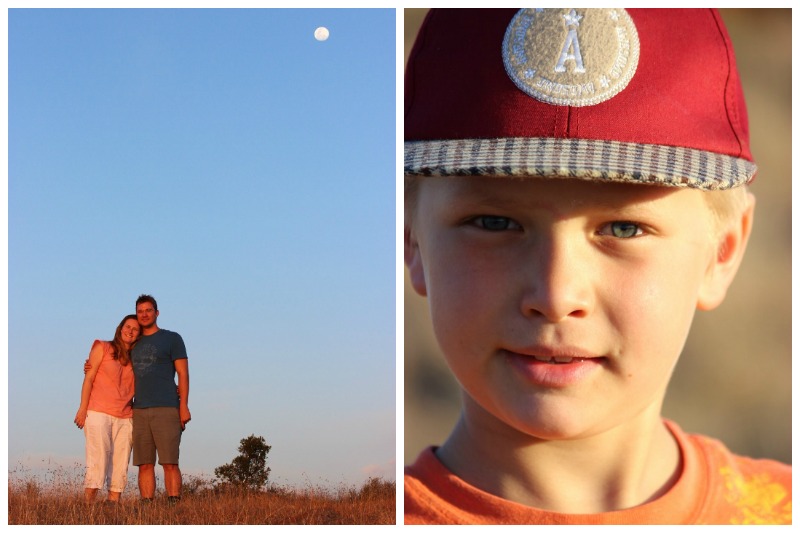 Our trip to the top of the Camdeboo mountains was definitely another highlight of our stay at Samara…. as it was followed by the most amazing African sunset I’ve ever experienced, but you’ll have to come back next Monday to see what I’m talking about!

Samara offer a discount to all South African residents (SA ID number required) to stay in the Karoo Suites. Call Jenny at Samara Reservations on +27 (0) 23 626 6113 for more information.

(Valid only at Karoo Lodge and excluding Sibella suites. Direct bookings only. Valid until 10 December 2014 and subject to availability.)

My 5 Favourite Finds for October