So way back in 2004 I fell in love with a man called Bradley… nope not my husband (that was in 1999 if you must know!) This Brad was in fact Bradley Cooper… and the show where he caught my eye was called Alias (the same show which made Jennifer Garner the household name that she is!)

Anyway, fast forward just over a decade and Bradley Cooper is no long a geeky sidekick playing second fiddle to the big names on screen, in fact he is now the big name, and with good reason! It’s not only his good looks that get people (aka women) talking, his acting has been getting great reviews and even an Oscar nomination at this year’s awards for American Sniper (which I watched last weekend!)

In American Sniper, Bradley appears opposite Sienna Miller, and their on-screen connection was very evident, so when I heard that his newest movie also stars Sienna I knew it would be one I would want to watch.

Burnt is an American drama film coming out next Friday, 23 October at Ster-Kinekor theatres. Bradley Cooper plays Adam Jones, an up-and-coming chef who leaves school at 16, saves just enough money for a trip to Paris to pursue his passion of becoming the best chef in the world. He is beyond brilliant, deliverings top-notch food and working at a killing pace. He is also erratic, arrogant, ruthless, rude and gets along with nobody. Eventually his drug addiction and erratic behavior lead him to losing his restaurant.

The film follows the story of how he slowly attempts to rebuild his life and his career in London, in the hopes of returning to Paris to open a new restaurant that will gain three Michelin stars. 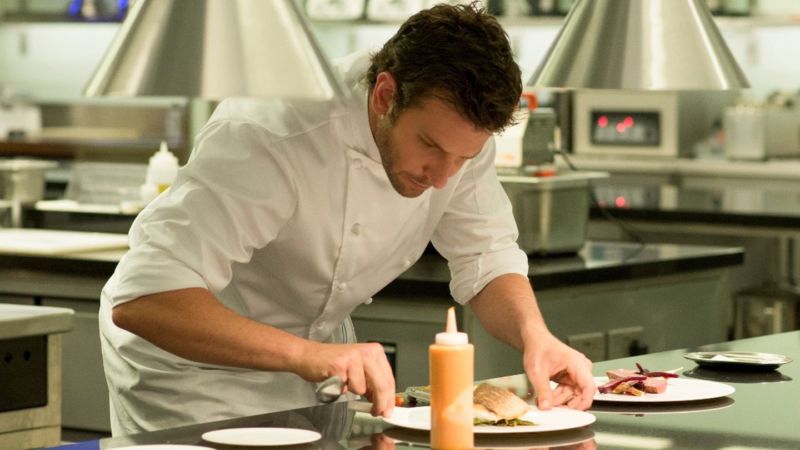 I love foodie movies… even tho I’m the most dire chef around…. Some of my favourites include The Hundred Foot Journey, Chocolat, Ratatouille and, of course, Julie & Julia – a bloggers food journey! Which is your favourite foodie film?

Burnt is a foodie movie with a difference – this movie movies away from the romanticized foodie scene and deals with real food, real people and real battles in the competitive restaurant world! If you want to find out more I suggest you watch the trailer here:

Do not miss Bradley Cooper in this new movie, he’s on fire!

My 5 Favourite Finds for September