SA’s first ever fashion film event is set to take place in Cape Town this year. From 5 – 7 June 2014 some of the world’s top fashion brand will showcase various films at The Mercedes Benz Bokeh International Fashion Film Festival.

The stylish event is set to be an extravaganza similar to those witnessed in fashion capitals around the world and giving fashion conscious Capetonians unparalleled insight into some of the world’s top designers’ creative process and their unique perceptions of these iconic brands.

The festival is to be held at the stylish Crossley & Webb automotive showrooms in Wembley Square and will not only entrench a strong sense of fashion and film culture, it also seeks to begin a legacy positioning Cape Town as a Fashion Film capital alongside stylish cities such as Berlin, Miami, New York and Madrid. The city’s appointment as World Design Capital for 2014 certainly adds gravitas to this auspicious event.

The Fashion Film is a genre pioneered by fashion’s greatest minds including Karl Lagerfeld, Bruce Webber and David Simms and has garnered unprecedented response from leading fashion houses and brands as the quintessential way to introduce collections to a global audience.

The festival, created and produced by Adrian Lazarus, will provide the opportunity for new directors across the local and international fashion landscapes to showcase their films on the same stage as top-tier, international brands such as Chanel, Prada, Christian Dior, Gucci, Yves Saint Laurent and Givenchy

52 Films will be officially selected from the submissions. The judging panel spanning the international fashion and film industries will include film directors, fashion magazine editors, designers, stylists, fashion bloggers, brand managers and art directors who will
utilize their specialist knowledge in their chosen fields to judge the finalists. 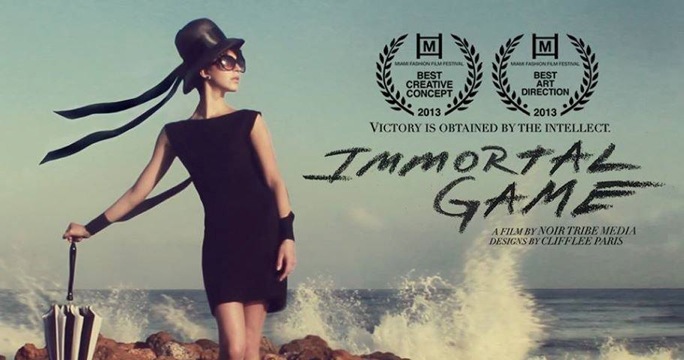 Rounding off the three-day fashion and film festivities at the Bokeh Festival will be a red carpet ‘Oscar-style’ award ceremony where five films will be nominated in each category.

If you are an up-and-coming fashion film director, then you might like to know that film submissions will close on 1 May 2014. Films need to be edited to between 1 and 15 minutes and span the themes of fashion, beauty, chic brands and products, lifestyle and current trends

Find more details about this exciting new film festival at www.bokehfestival.co.za or “like” the Bokeh Festival Facebook page.

What I… Kath Read from Cape Town Insider