As far as French fashion house go, Yves Saint Laurent continues to reign as one of the most influential and inspired designers in the world. From his early days in the studio of Christian Dior to his acclaimed haute couture collections of today, YSL’s style remains unmistakable.

The Yves Saint Lauren style is reflected across accessories, jewellery, ready-to-wear fashion, cosmetics and fragrance. One of the most iconic YSL scents is Black Opium.

The fashion house has recently launched a brand new take on this icon… Black Opium Glow. 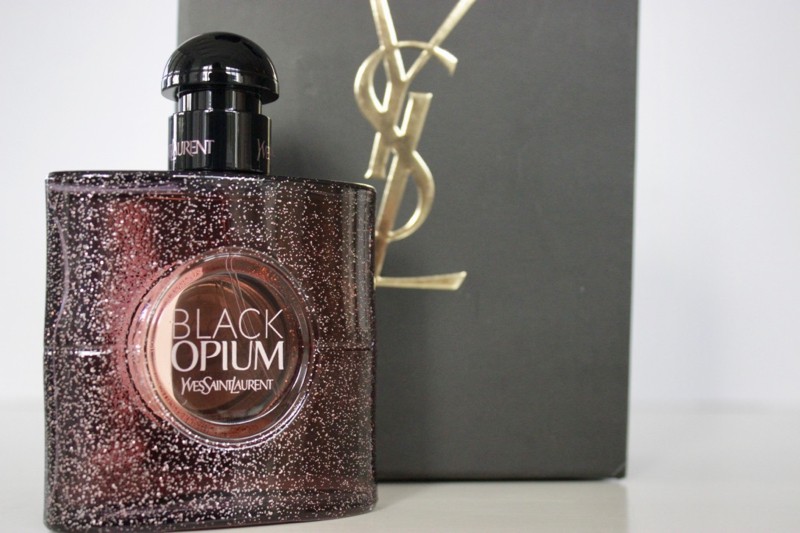 The iconic Black Coffee Signature accord is electrified by a dazzling freshness of fizzing citrus notes and enhanced by an energizing radiance of pear.

The composition is zesty and sweet with a gourmand accord and heart of white flowers. 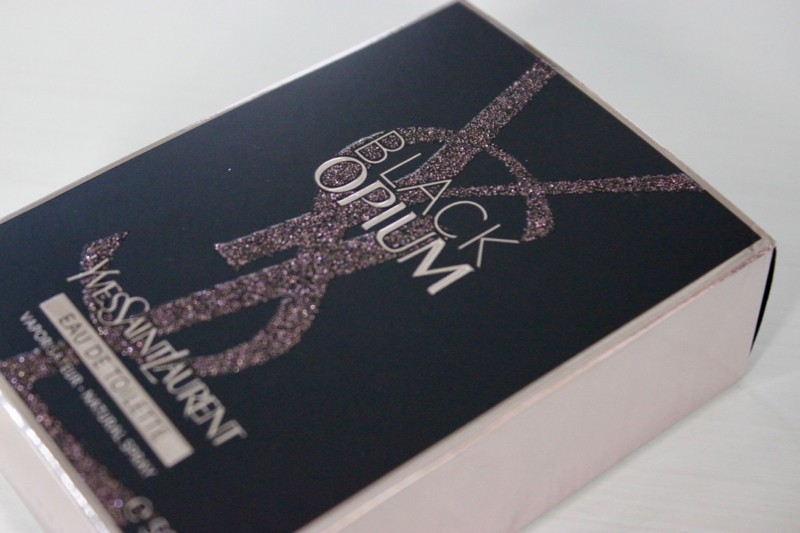 Like a beating heart in a night of darkness, the glowing essence of the Black Opium Glowing Bottle beams positive vibes from its core – a circle of light!

The signature square bottle of Black Opium is now transparen which expresses the light, fresh scent, it is also covered in pink and black glitter with the iconic circle at the centre  illuminated.

Eminently collectable, immediately desirable, the bottle is symbolic of the sensual tension between light and shadow. 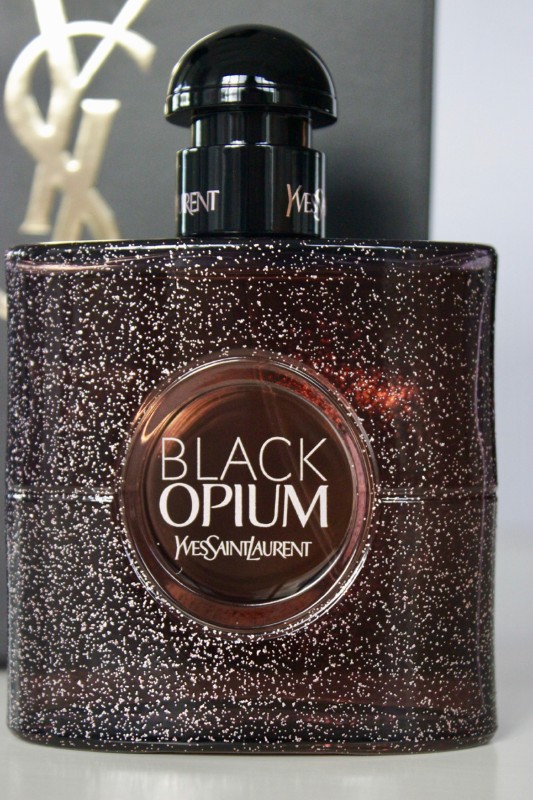 No experience is worth living if not shared. Edie Campbell, the YSL Beauty ambassador, and face of Black Opium, stars in the advertising campaign, her black hair and kohl-lined eyes and nude lips portraying the perfect rock star image for the futuristic film directed by BRTHR.

Friends, new and old, line up in a neon night, somewhere in South East Asia. Pulsating neon lights, the roar of a motorbike, a neon-lit club door. 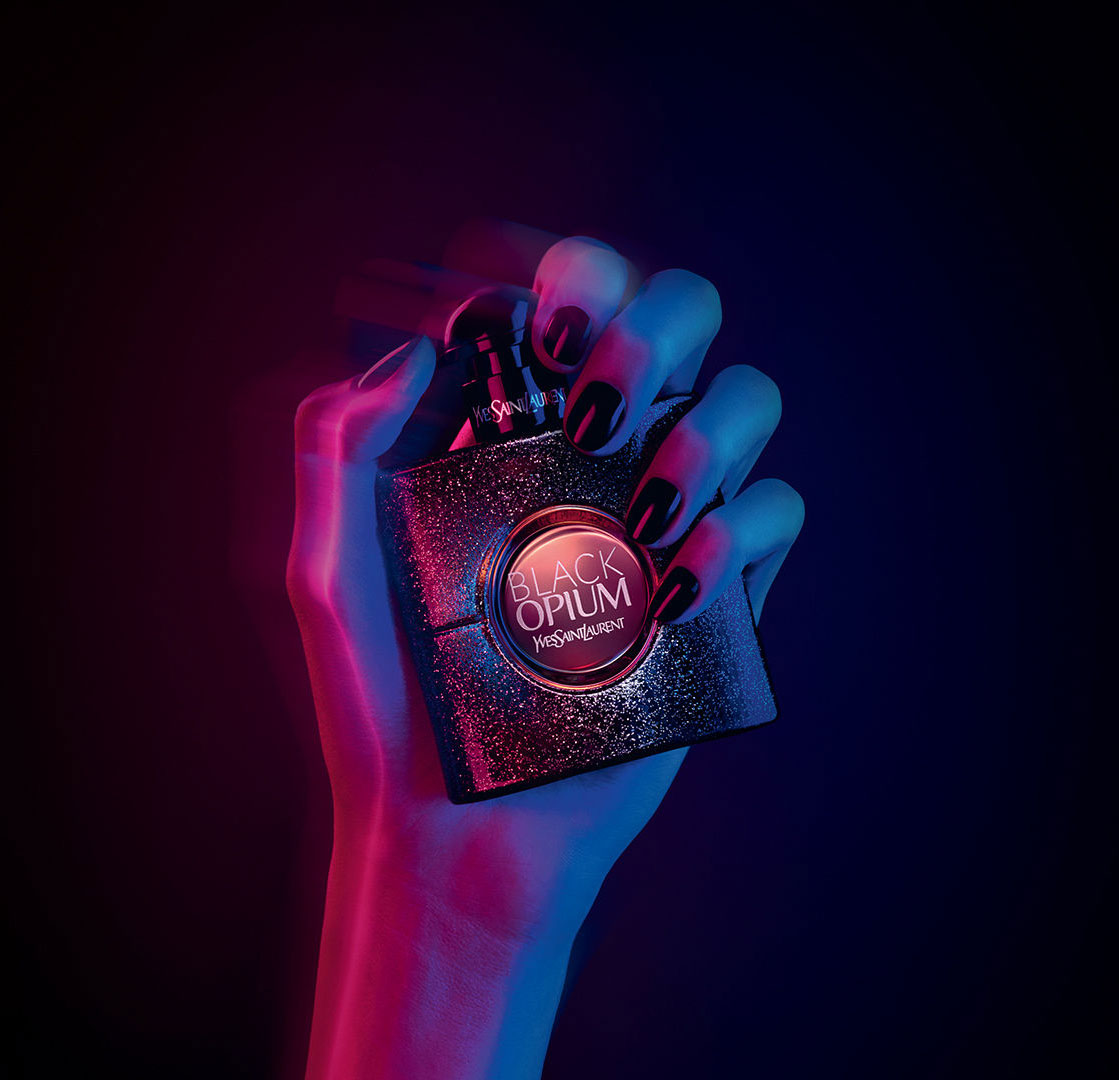 As Edie jumps on the bike and roars into the night, through a neon tunnel and into the unknown, she leads her girl squad out on a night of adventures, passing from a circle of trust into a circle of light, and sharing her addiction to the fragrance.

The electrifying bottle of Black Opium Glowing Eau de Toilette is passed from girl to girl, woman to woman – and even to boy – hand over hand. Experienced differently; the emotion – that sense of exhilaration and excitement – is what they have in common.

Energetic, impulsive, and addicted to fun, the new Black Opium woman enjoys trying new experiences with her friends. She lives in the moment and emanates a glow from her centre. She stands out from the crowd like the star she is! 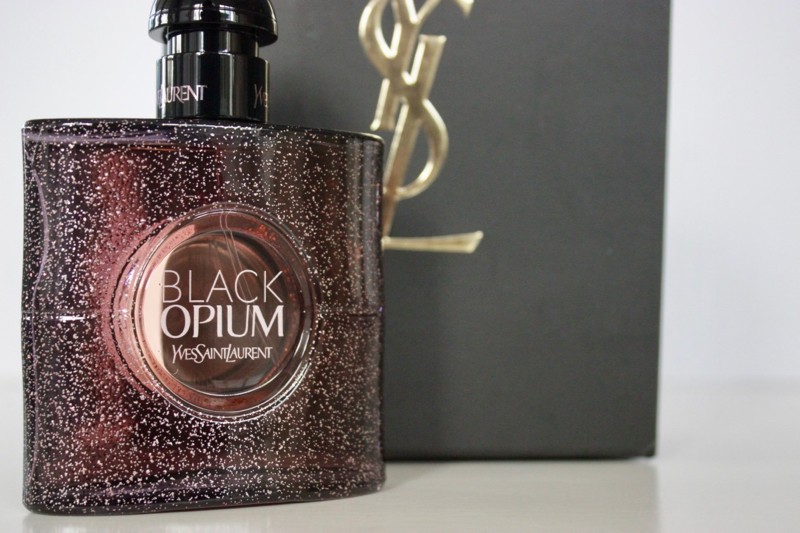 Easy to wear, the light and subtle blend has an illuminating, feminine touch, perfect for spreading your light around! 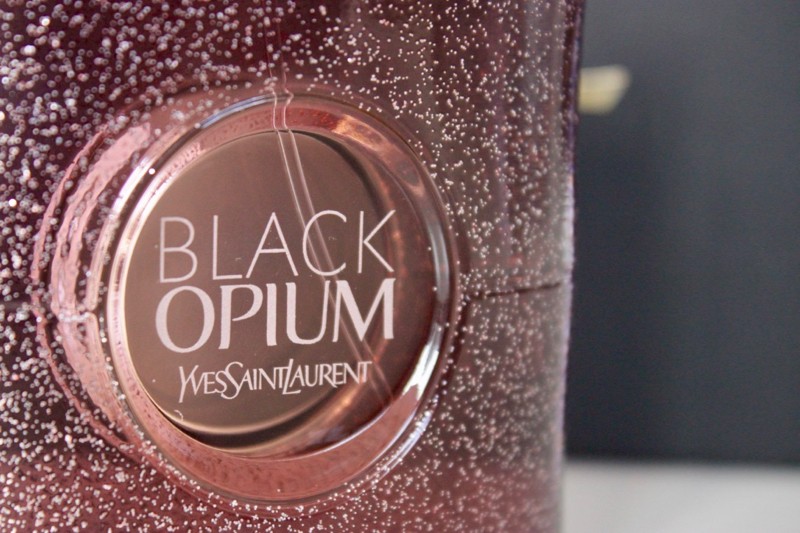 Black Opium has a new global spokesperson. A woman who speaks as she finds. Is imbued with an innate magnetism, mystery and charisma.

Expanding her existing role as Global Makeup Ambassador, YSL Beauté is proud to announce the appointment of Zoė Kravitz as the new international face and spokesperson for its iconic fragrance, Black Opium. Zoė’s first engagement with the fragrance will see her in a new eye-catching campaign that promises to entice a new audience and delight existing fans. This new chapter is set in a steamy urban cityscape somewhere within Asia, synonymous with a world of adventure and addiction that is Black Opium. The new Black Opium campaign starring Zoė Kravitz will be revealed on August 18th worldwide so keep your eyes peeled!

Now you can WIN a bottle of YSL’s Black Opium.

Food and adventure in the Drakensberg at Valley Bakery

What I... Jocelyn from Humble Pie