During our time at Ezulwini River Lodge we were fortunate enough to spot all the members of the Big 5 (not an easy feat in even the most animal dense nature reserves!) 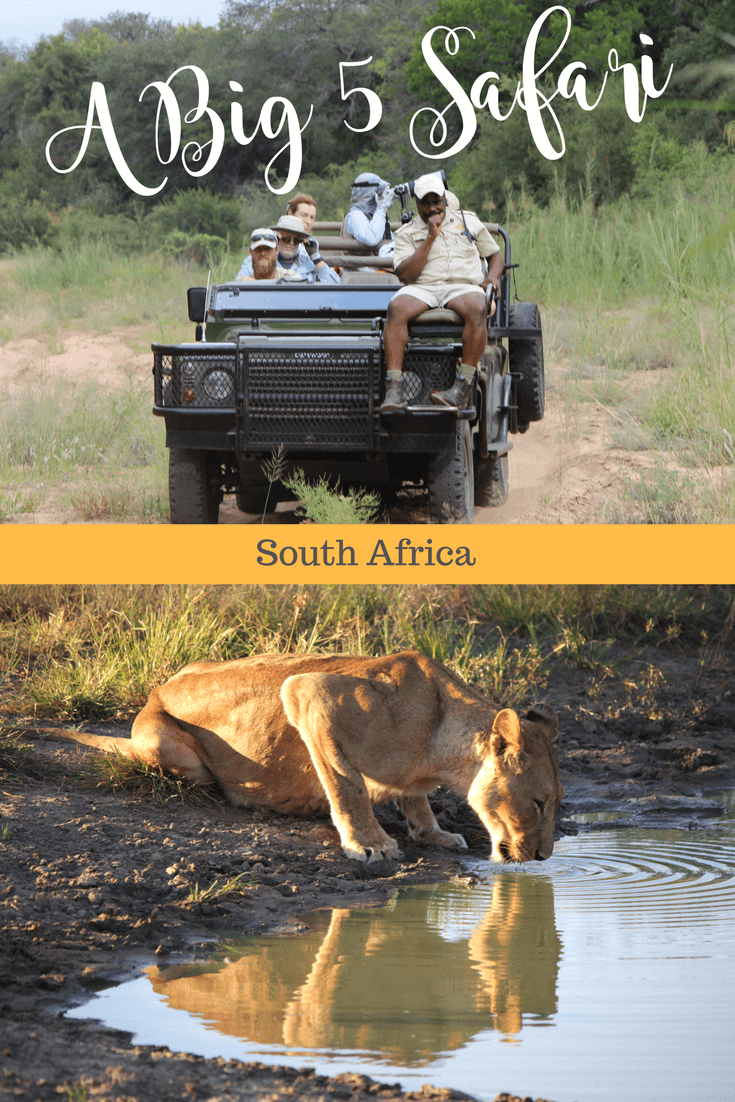 On our arrival at Ezulwini we spotted a few elephant strolling the banks of the Olifants River just below the lodge and we would later see a herd on the road to and from the lodge on most of our game drives… even getting mock-charged by a small bull elephant trying to tell us to move on! 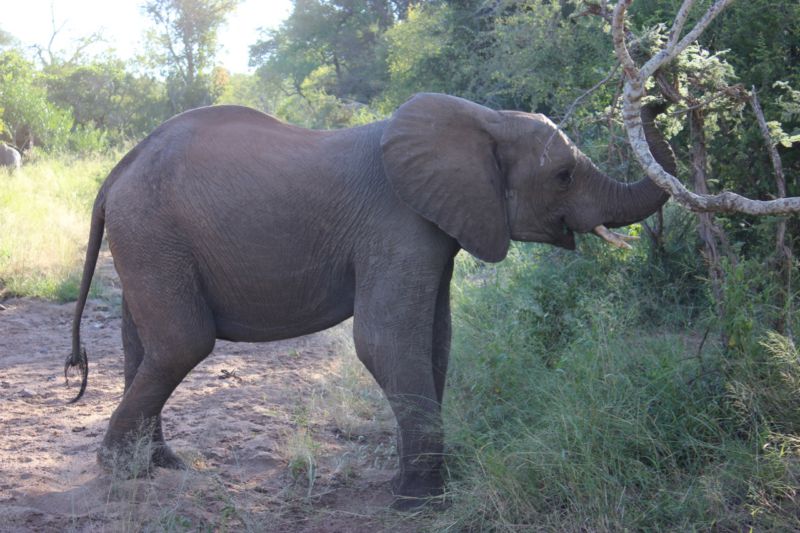 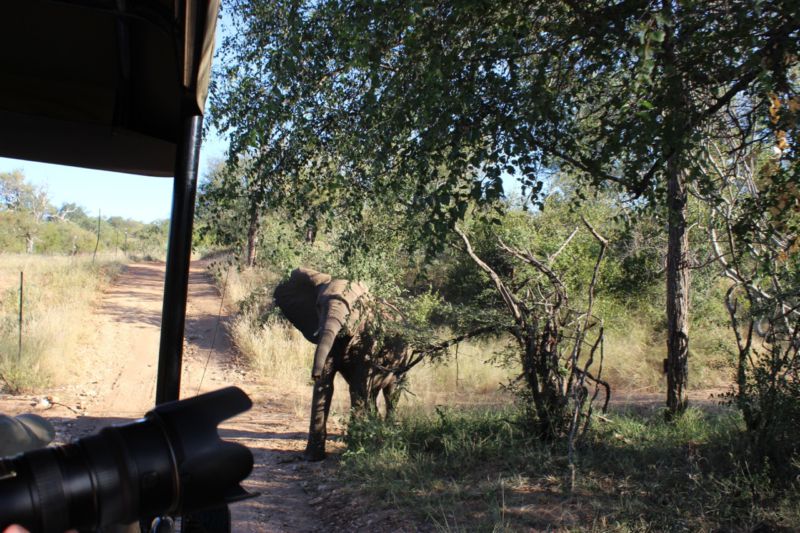 Our first evening game drive saw us come across a trio of buffalo bulls chilling out in the shade of a dry river bed.. but in the wrong spot for a decent photo!

The next morning we headed out, aware that a leopard had been spotted about…

It took some time but eventually we were able to find this elusive beauty hidden amongst some rocks in typical leopard terrain.

This one was on the move so she didn’t stay put for too long but I was fortunate to get a few good pics. These are some of the hardest animals to find in the bush so any sighting is one to be celebrated and this was an special one! 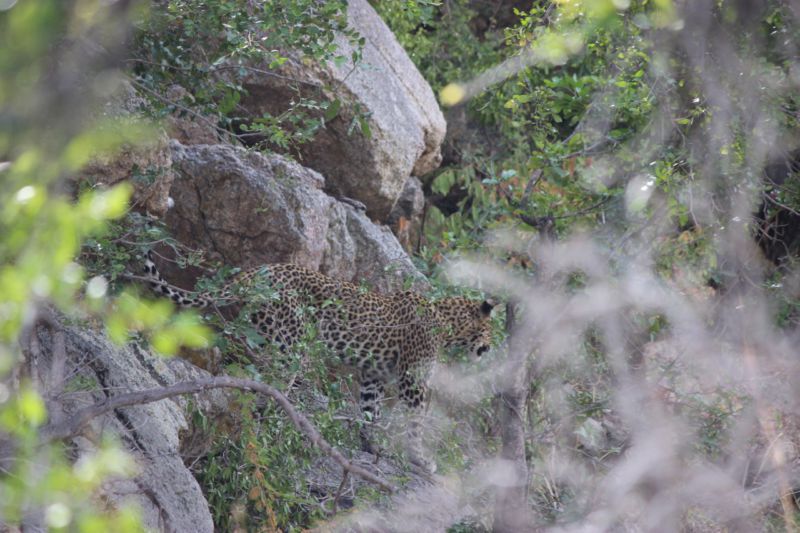 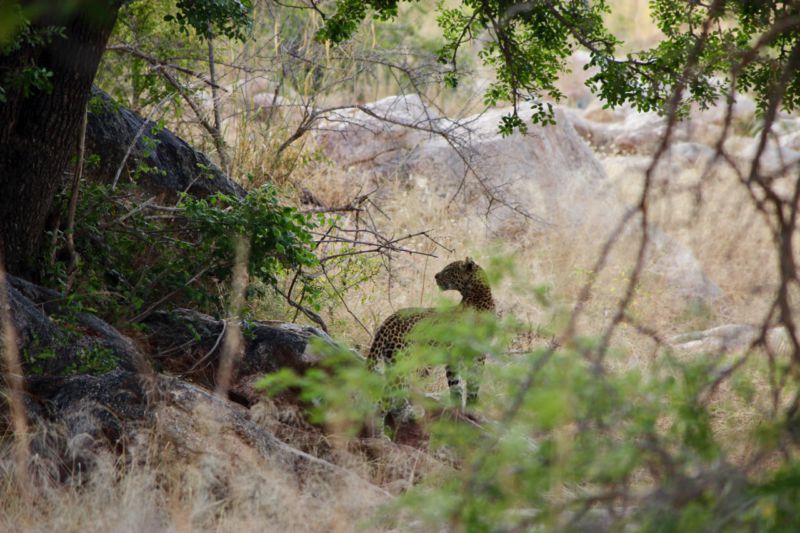 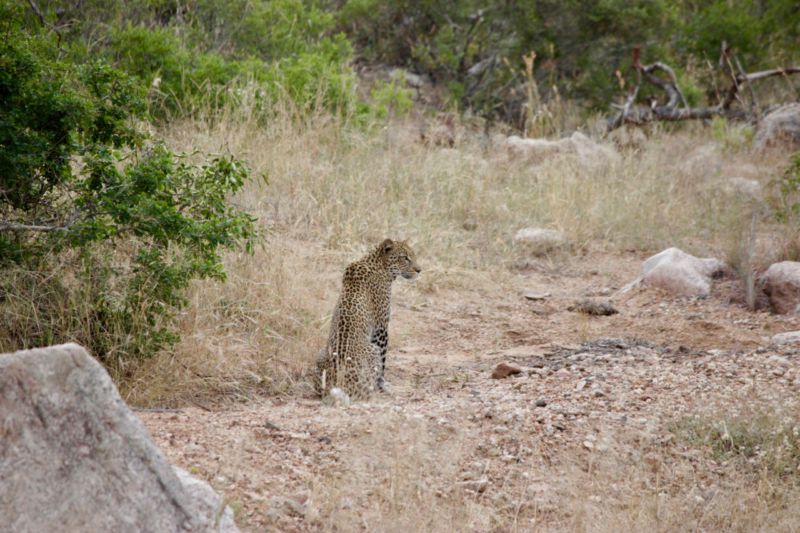 Later that same day we came across the second most difficult-to-find Big 5 animal. The rhino!

Black rhino are more rare than White rhino and I had never seen a Black rhino before, so to find a mud-covered pair enjoying their dinner was a treat.

A little while later, and just around the corner from our sundowner drinks spot, a trio of White rhino surprised us!

A total of 5 rhino in 1 hour – both Black & White – meant that this was one of the more epic rhino sightings around! Even our rangers were thrilled. 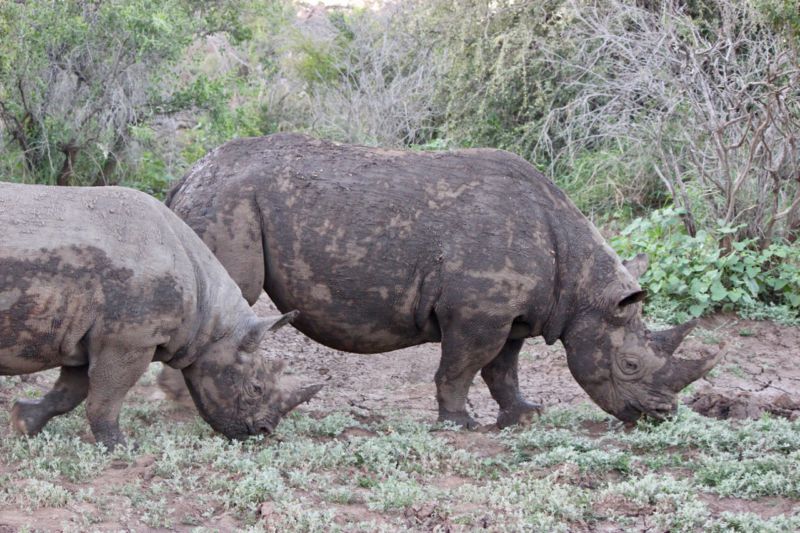 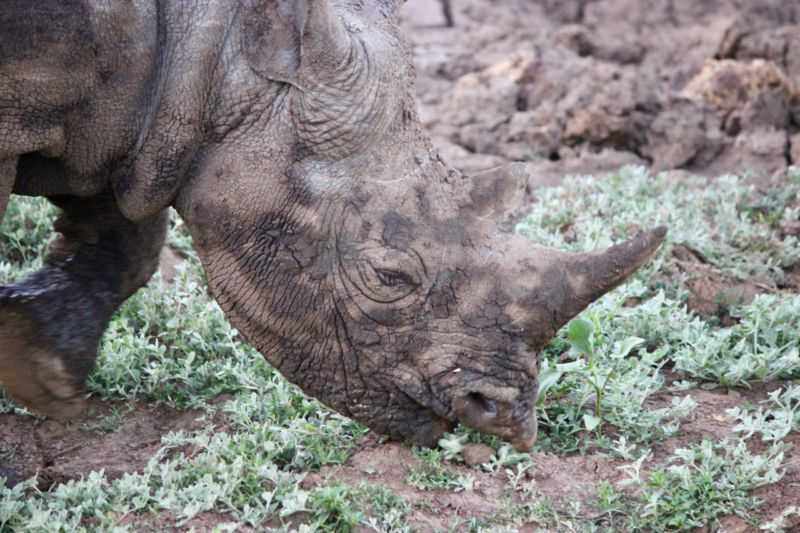 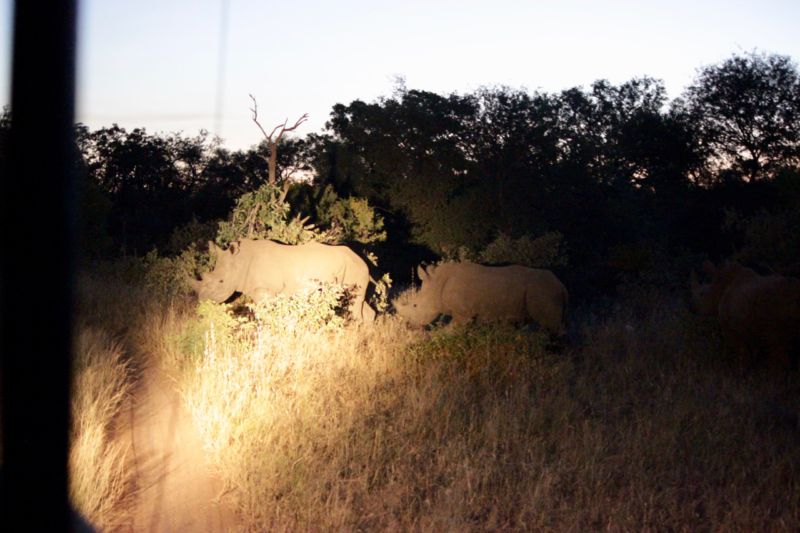 On our final morning at Ezulwini there was just 1 of the Big 5 left to find. The king of the beasts and the bush. The lion!

And once again the animals of the Balule Nature Reserve knew how to deliver… 2 lionesses and 1 large dark-maned lion joined us for a part of our morning game drive, even walking alongside our vehicle at one stage while on their morning rounds! 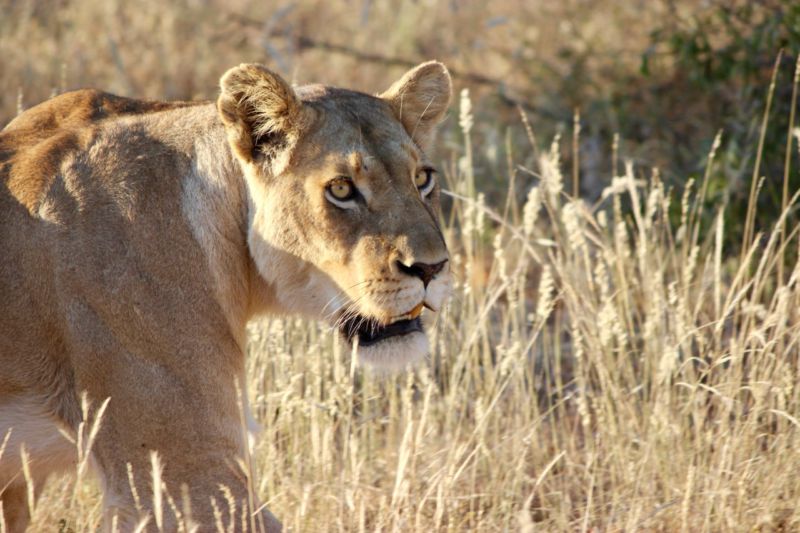 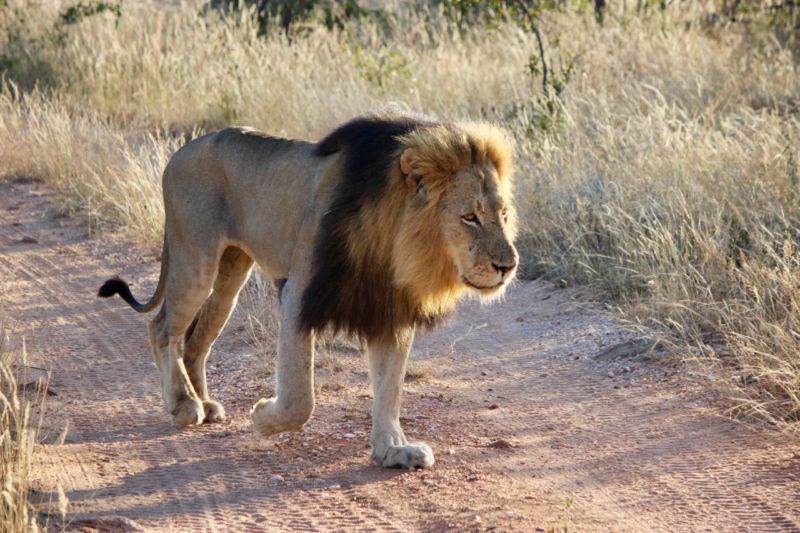 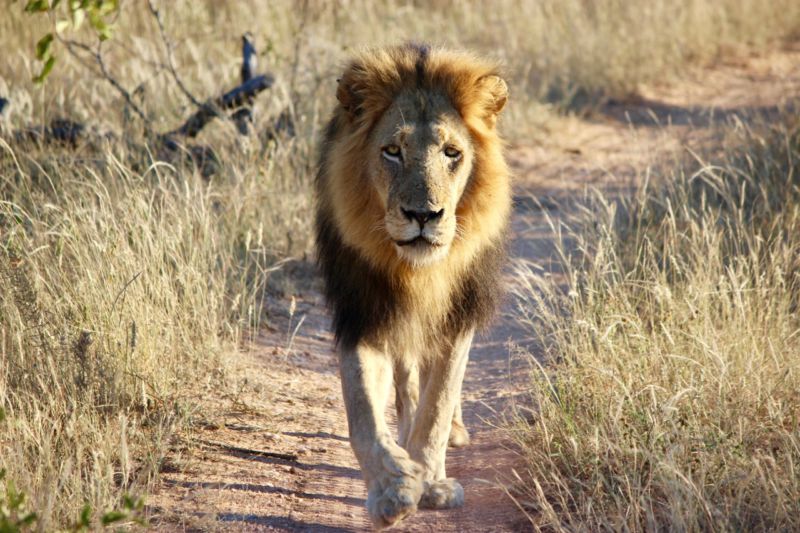 An encounter with a lion is always memorable and this was to be the only male lion we would spot on this trip.

Seeing his honed physique, intimidating mane and powerful paws was a reminder about why the lion is the animal most safari guests are eager to see!

A most intimidating and impressive beast indeed!