For over a month we’ve been stuck inside our homes, ringed in by the four walls of our building or boundary. This intense season of isolation has made me crave space like never before. The wide open space of the wilderness is calling my name.

I need the horizon, I need the endless blue sky, I need the freedom to look as far as the eye can see and soak in the beauty of untamed nature at its’ wildest. (I realise these are fairly superficial needs and I’m grateful to have my basic physical needs met when there are many others who don’t, but these are the needs that my soul is singing for…)

Once the levels of lockdown are released around the world, travel is certainly going to change forever. The concept of cheap international flights will be no more and it’s with that in mind that more than ever I will be grateful to live in a country as diverse as South Africa.

I have done a large amount of local travel, but there is still so much more to see. With that in mind I’ll be sharing one post each week during the month of May that celebrates all the best places and experiences that can be enjoyed within the boundaries of this beautiful, beloved country.

Today’s post in the first of this Best in SA series and it’s a celebration of the Best South African Game Reserves for a safari holiday – as nominated by some of the best local and international travel bloggers.

The idea is that you would start to put together a local bucket list of places you want to see in South Africa (once you are allowed to travel again) This will help to stimulate the local travel industry and will help to quell that wanderlust for “new” that many of us will be feeling.

Nominated by: Claudia Tavani from My Adventures Across The World 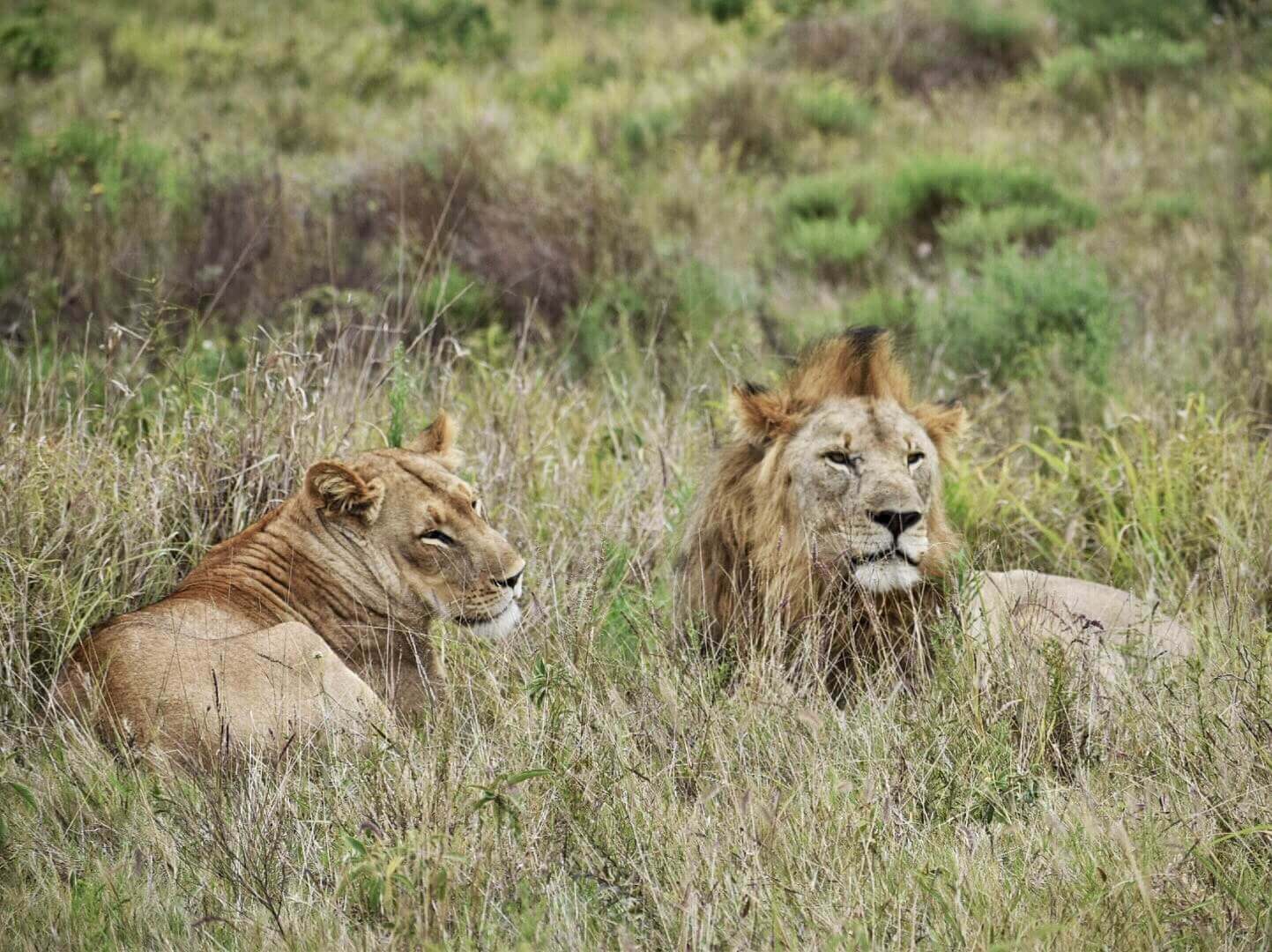 Phinda Game Reserve is located at about 3 hours drive from Durban, in Kwazulu Natal. This is one of the best places in South Africa to admire animals (and especially the Big Five) in their natural environment. The reserve is completely run by And Beyond, which strives to deliver quality experiences to visitors while at the same time ensuring its safaris and even the accommodation within the reserve are run in a sustainable way. There are various lodges in Phinda, each of them different from the other and all of them gorgeous and you will be 100% pampered there. Every day you will be going on two game drives and admire an incredible variety of wildlife, including rhinos, leopards and a huge amount of cheetahs and lions. 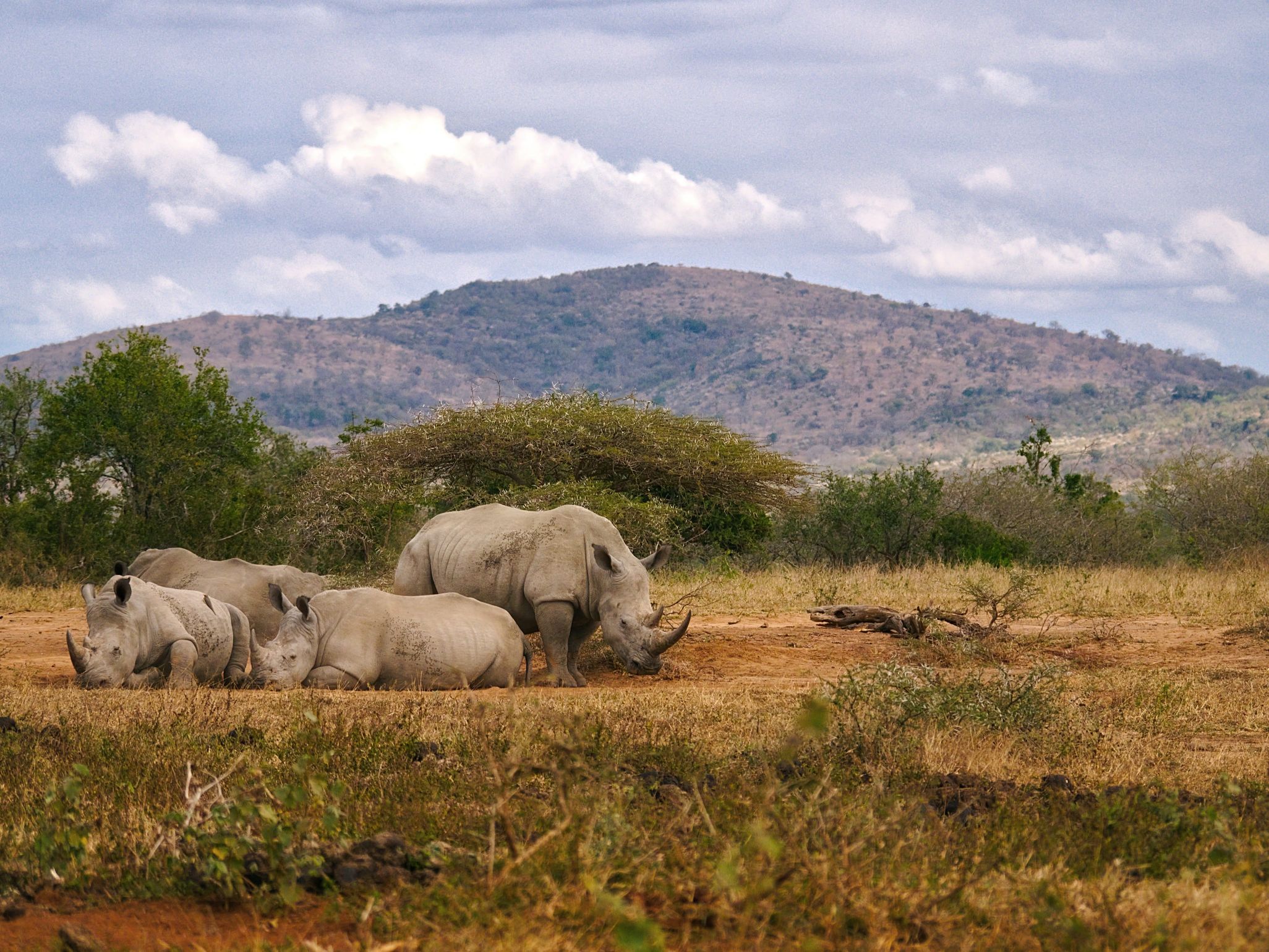 Situated in South Africa’s Eastern Cape, Shamwari Game Reserve is a 250km sq luxury private game reserve that’s malaria-free, making it a perfect family safari destination. All the accommodation options are five star and the food and service are truly exceptional, but what sets Shamwari apart is the passion and enthusiasm of the guides each game drive to spot and share their knowledge on the wildlife. Everything at Shamwari is geared towards ensuring the guests have a memorable time, making for a near-perfect malaria-free safari experience. 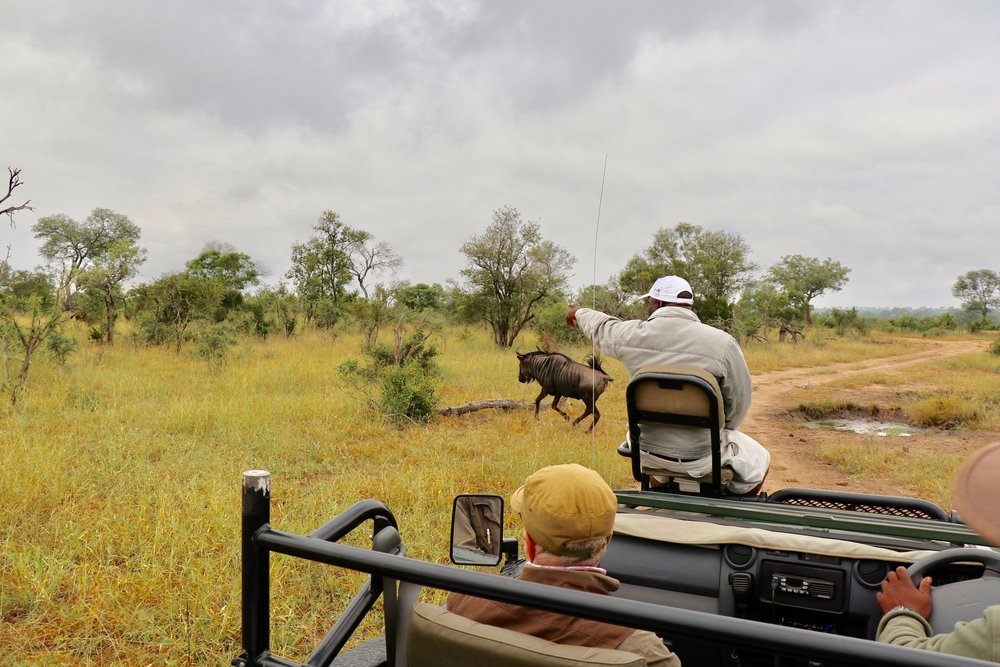 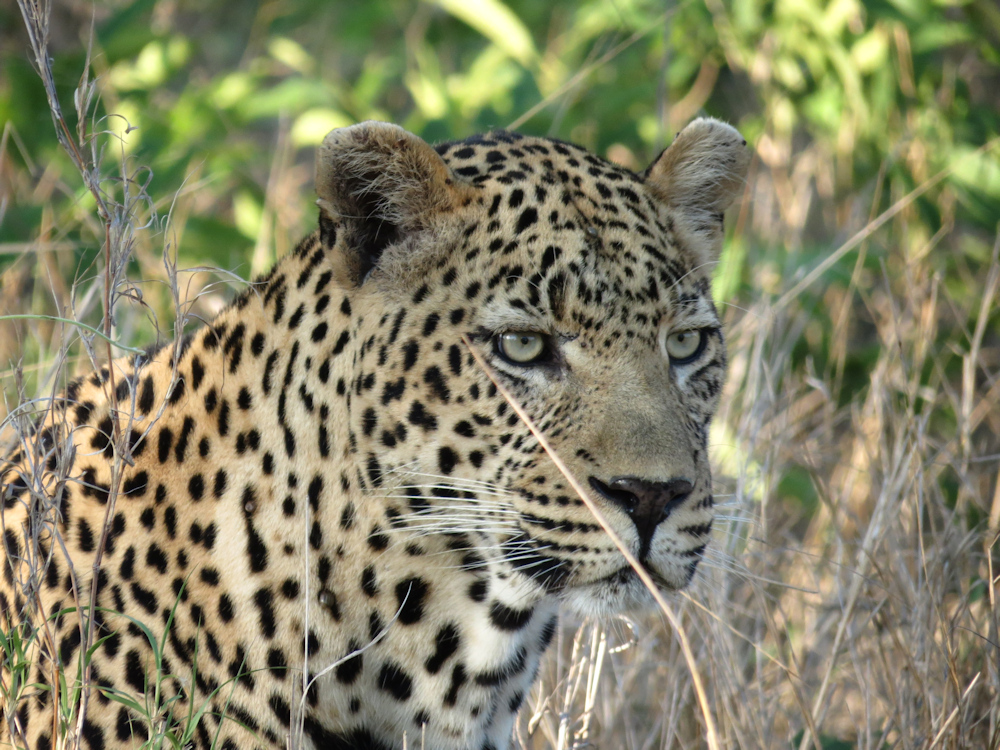 Located on the edge of Kruger National Park, Ulusaba is one of the private game reserves in Sabi Sands, and ideal for a luxurious family safari. There are two lodges, one perched on a rocky escarpment with incredible views over the plains, and the other nestled down on a dry riverbed with wooden rope-bridge walkways between the rooms just adding to the adventure. Kids will love the mini rangers course, where they can learn about tracking whilst out on safari. Ulusaba is one of the best places in South Africa to spot leopards too!

Nominated by: Claire Stokes from Stoked to Travel 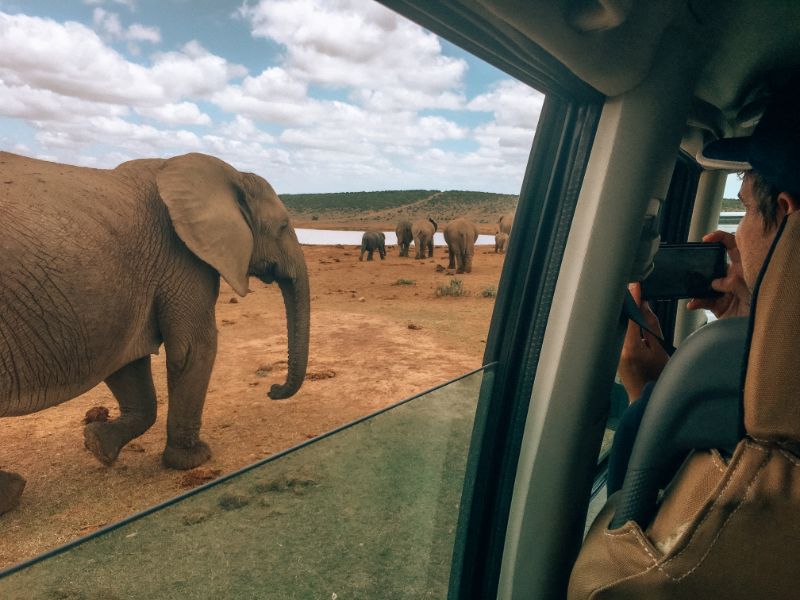 Addo Elephant Park is around a one hour drive from the Eastern Cape city of Port Elizabeth, and is one of the most accessible and affordable places to enjoy a safari in South Africa, especially when doing a road trip down the Garden Route. It’s the country’s third biggest national park, where you can spot hundreds of elephants, as well the potential to see lions, zebras, hyenas, antelope and rhinos across more than 440,000 acres of land. It’s easy to do as a day trip from Port Elizabeth and visitors are welcome to self-drive in the park with their own car, or of course, join a guided tour if preferred.

Nominated by: Sara Essop from In Africa and Beyond 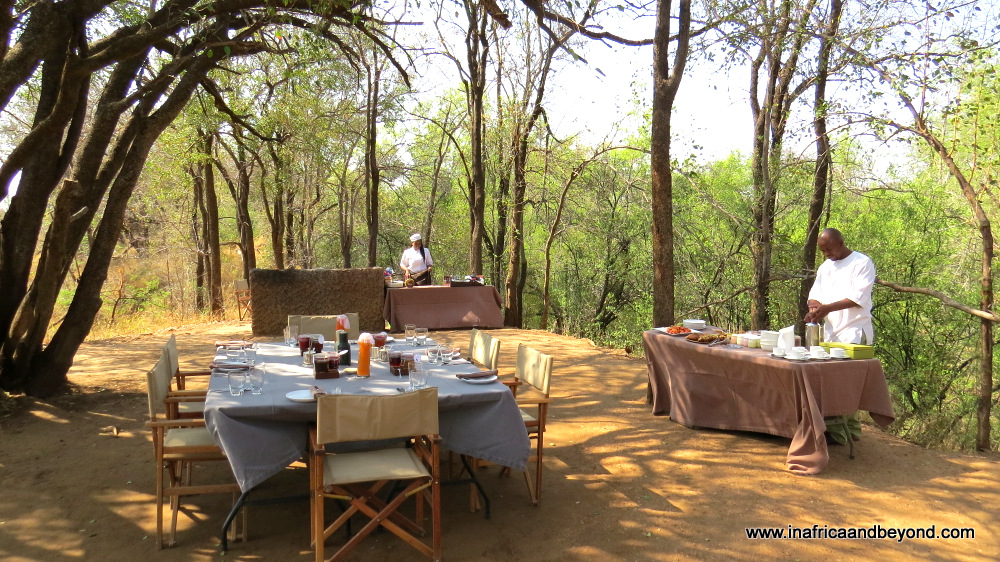 Madikwe Game Reserve in the North-West, is one of our favourite game reserves in South Africa. A successful conservation partnership between the government, the private sector and the local community, it is one of the largest game reserves in South Africa. It is also malaria-free, making it ideal for children. There are many child-friendly lodges in the reserve including Madikwe Safari Lodge, Jaci’s Safari Lodge, Tau Game Lodge and the Morukuru Lodges. The game viewing here is phenomenal, with the Big Five, as well as wild dogs and cheetahs. No self-driving is permitted which makes it more exclusive.

Nominated by: Rai from A Rai of Light 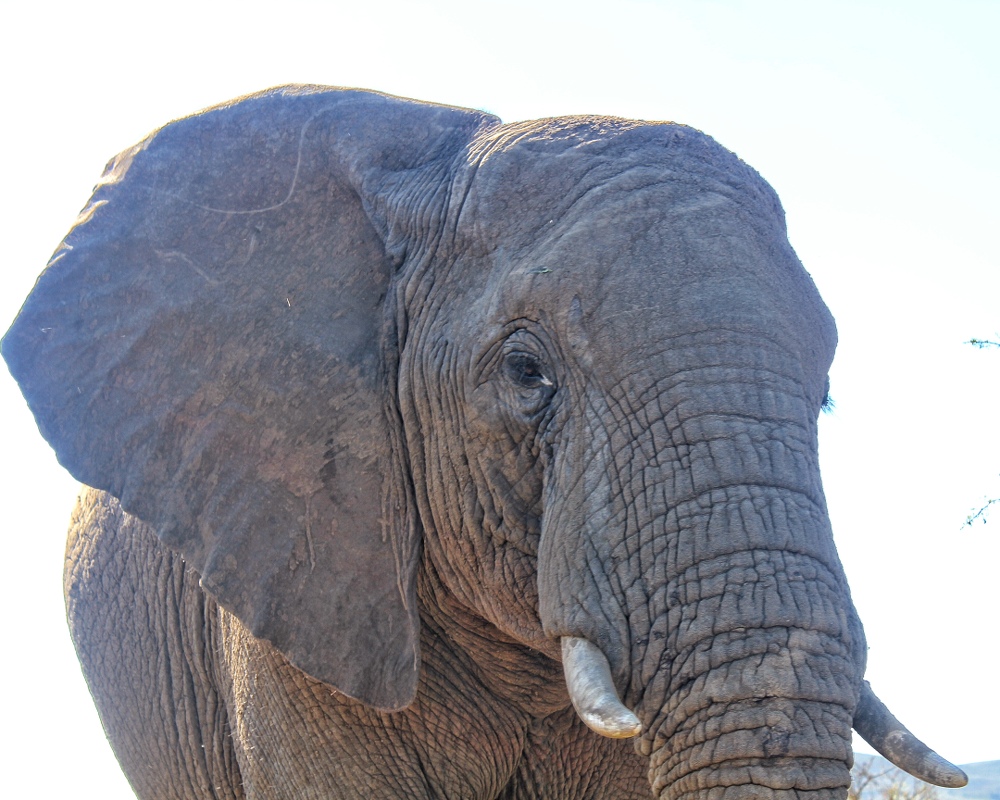 Established in 1895, the 96,000 hectare Hluhluwe iMfolozi Park is the oldest National Park in South Africa. Found in Northern KwaZulu-Natal, just north of Richards Bay, it is a convenient and accessible game reserve that hosts the Big 5 as well as elusive species such as cheetah and wild dog. This Zululand ecosystem is one of the most bio-diverse wild lands, with much of it declared a World Heritage Site helping to preserve this as a true wildlife sanctuary and a must visit on a trip to South Africa. 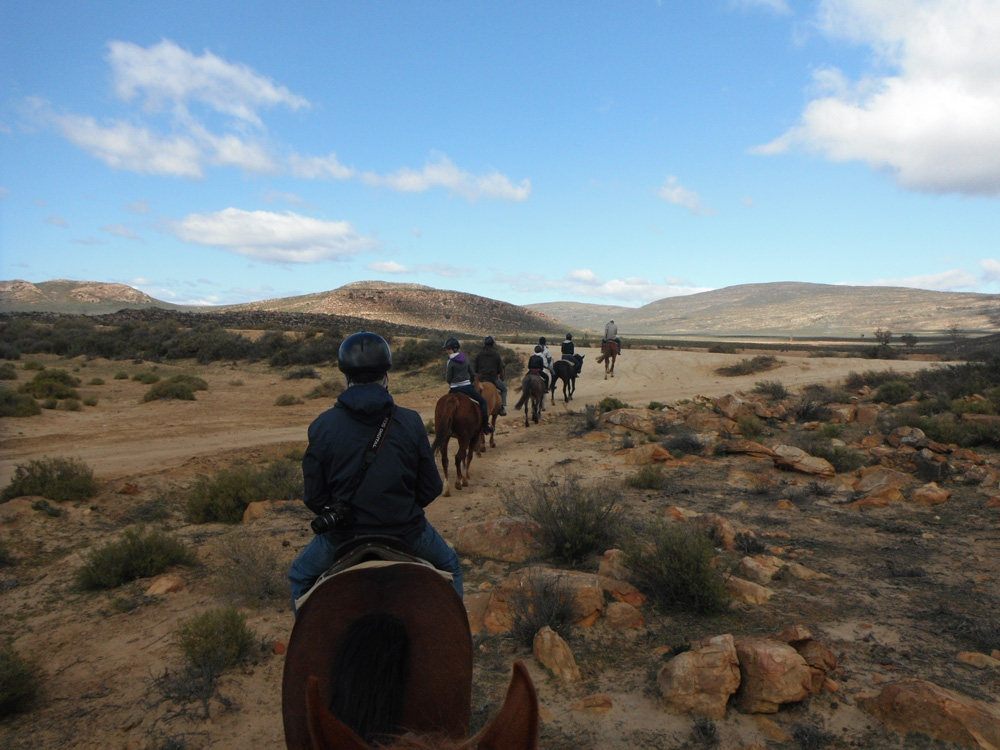 Although not boasting the wide-open spaces and plentiful game of South Africa’s national parks or private game reserves in KwaZulu Natal, Mpumalanga or Limpopo, Aquila deserves to be on this list for a number of reasons. Offering a big five experience within only a couple hours from Cape Town, I love Aquila for its ease of access and authentic experience, especially when I want to share the safari experience with first time visitors who have limited time to spare for ellies and rhinos. Also, where else can you go horse riding and quad biking with some of South Africa’s most majestic beasts?

Nominated by: Jared Ruttenberg from JaredinCPT 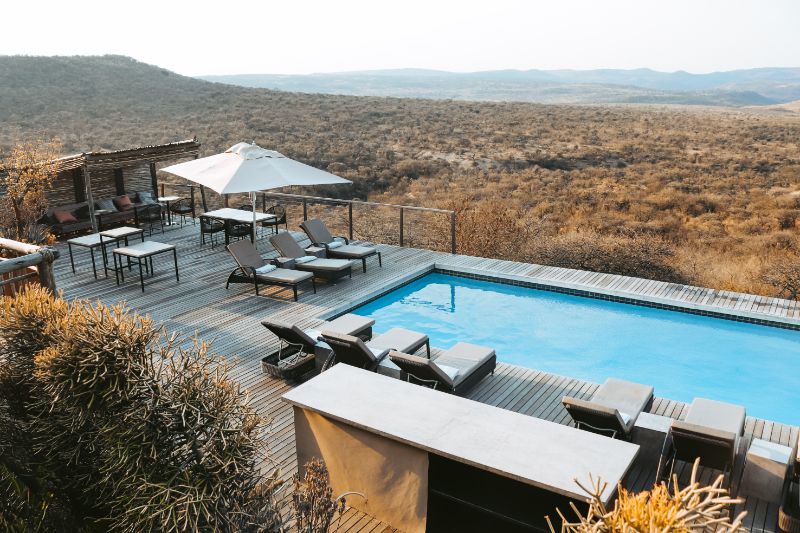 An almost equidistant halfway point between Durban and Johannesburg, Nambiti Hills Private Game Reserve is a KwaZulu-Natal hidden gem of note. The Big 5 reserve lives up to its namesake as the hills ripple out into the distance from the lodge – exploring them on game drives is an thrilling wildlife experience. Back at the lodge beautifully appointed chalets welcome tired explorers, with bathtubs that continue the safari experience with their generous bush views.

Nominated by: Lauren from The Travel Manuel 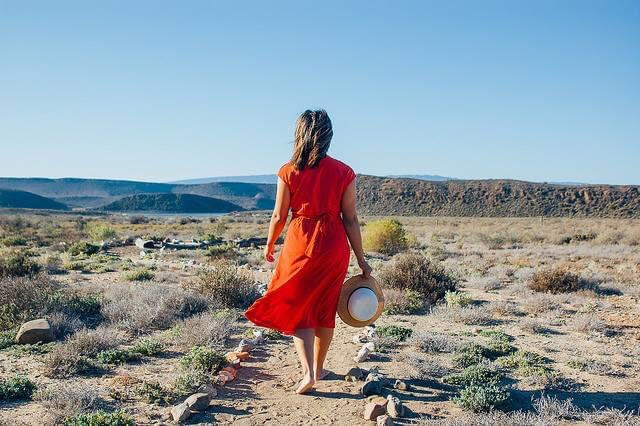 Only a few hours drive from Cape Town, Sanbona Wildlife Game Reserve offers a wonderful safari experience for families. With an amazing childminding service that allowed us to go on game drives together and a Junior Rangers Programme, the kids could enjoy a unique safari of their own. At the Gondwana Family Lodge, there’s a playroom with toys, games and puzzles for the rainy days and an interpretive trail with an activity booklet for children to be able to collect animal dung,  view various skulls and learn about various animals on the reserve. Together with the food and the pool, this was by far one of the best safari stays I’ve had with my children.

Which of these Game Reserves in South Africa are you most keen to visit once you are allowed a measure of freedom to travel again?

Let me know in the comments below!

What I... Nadia from Peregrina