And boy was it a buzz! I had no idea that stepping into the HUGE white suit, enormous boots and mesh head gear would come with such an adrenalin buzz… excitement levels were high as we made our (slow) way down towards the hives hidden amidst the fynbos. 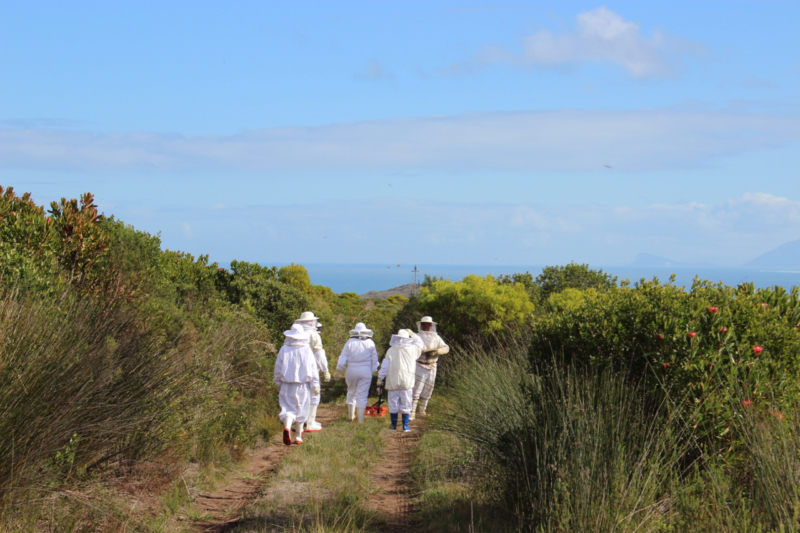 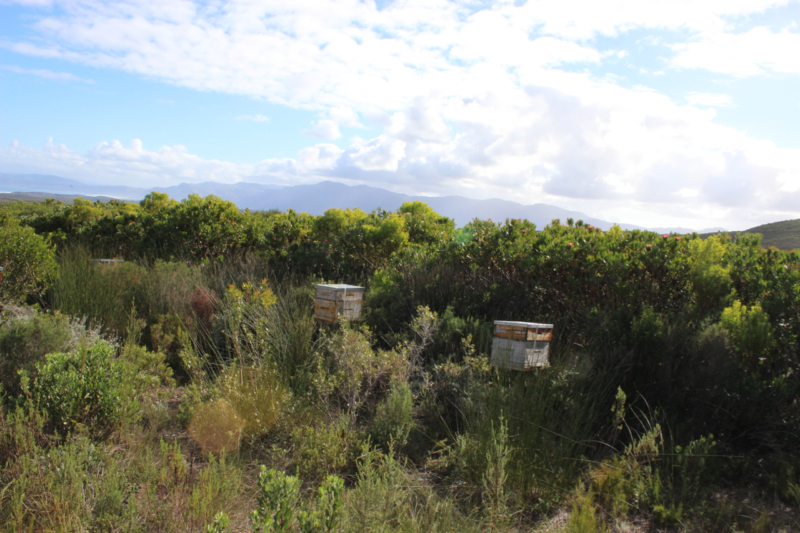 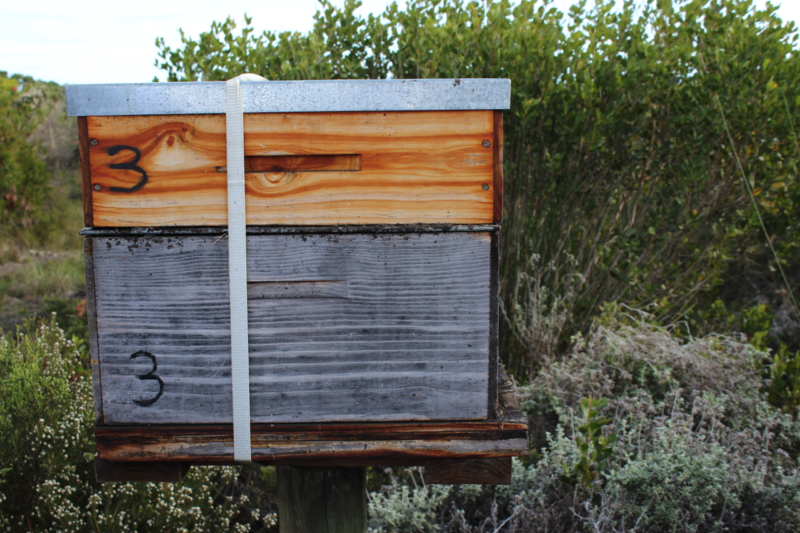 All was calm and there were a few rogue bees buzzing about their daily business. We posed for a few calm photos before the storm.

Then it was time to harvest the honey and things took a turn! 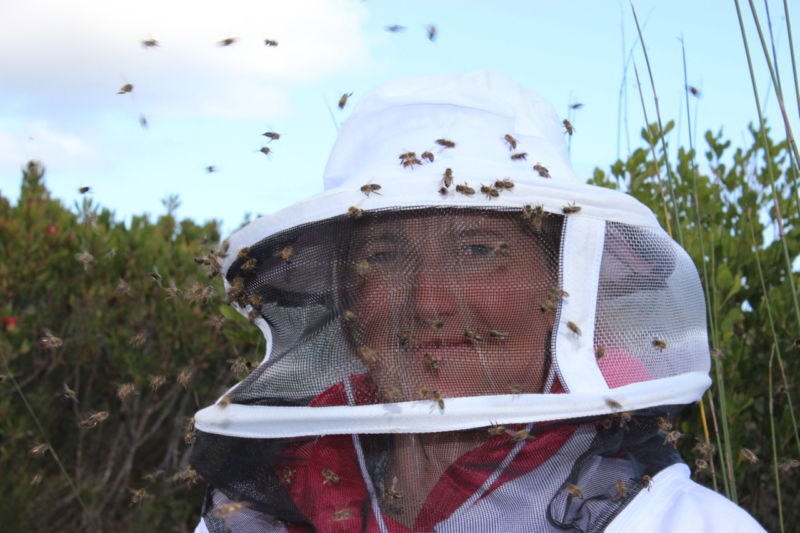 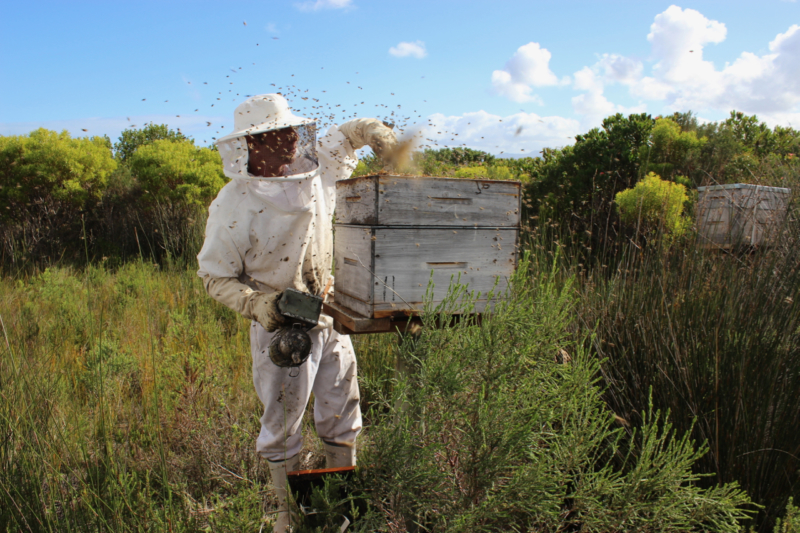 Suddenly the area become alive with swarms and swarms of bees… getting angrier by the minute!

The bees were not pleased!

No amount of smoke could calm them down, their honey was being threatened, their queen bee under attack! 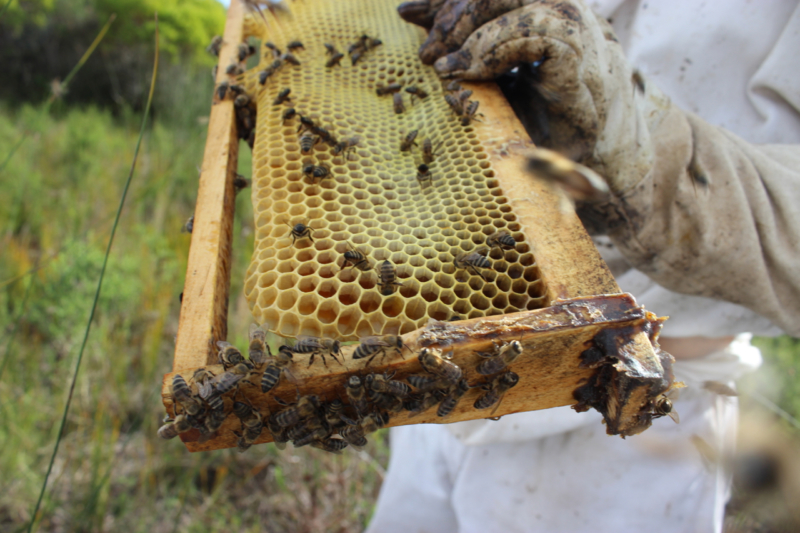 At this point let me just say that taking photos became problematic. The bees were literally buzzing around my head and in my ears, the air was thick with them. I was trying to keep the mesh away from my face so no bee would get his sting through (shame it happened to Di. OUCH)

My gloves were probably twice the size of my hand which made it impossible to trigger the right button on my camera, let alone change manual settings! I put it on Auto and hoped for the best… mind you just triggering the button on my camera was a risky move in case one became caught between my glove and the camera!

I snapped quickly, hoping that no bee was in the wrong place at the wrong time!

And I think these shots came out pretty well considering!!! 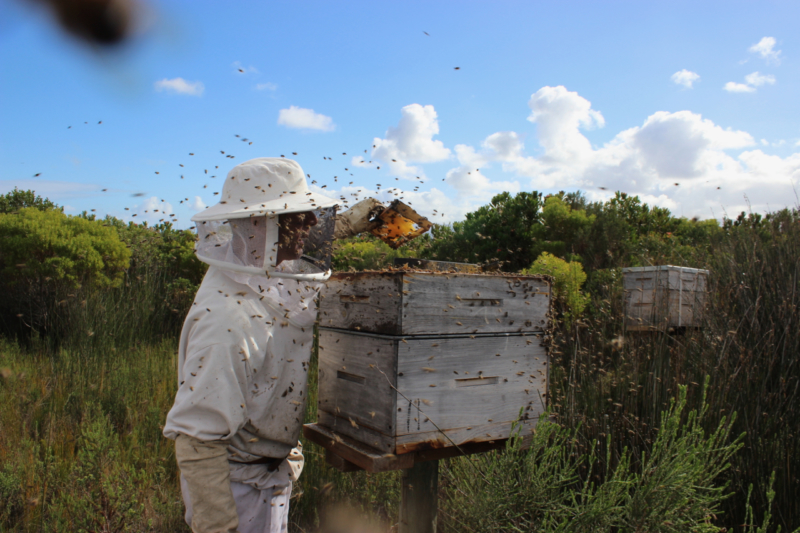 It took everything in me not to allow my natural instincts to kick in and run for the hills.

The adrenalin buzz is a very real thing and I could feel my palms get sweaty and my heart start to race. Shew, this honey harvesting thing is INTENSE!

The bees became frenetic and the mood changed. It was time to leave according to our expert guide! I wasn’t going to question his decision.

We all hopped into the 4×4, careful to avoid squashing any bees in the process….

After a few hundred metres we were bee-free and back at the safety of the farm buildings we could climb out of our very interesting garb (let’s just say there’s no place for fashion in bee-keeping, it’s all about safety and I was so very grateful for this gear!) 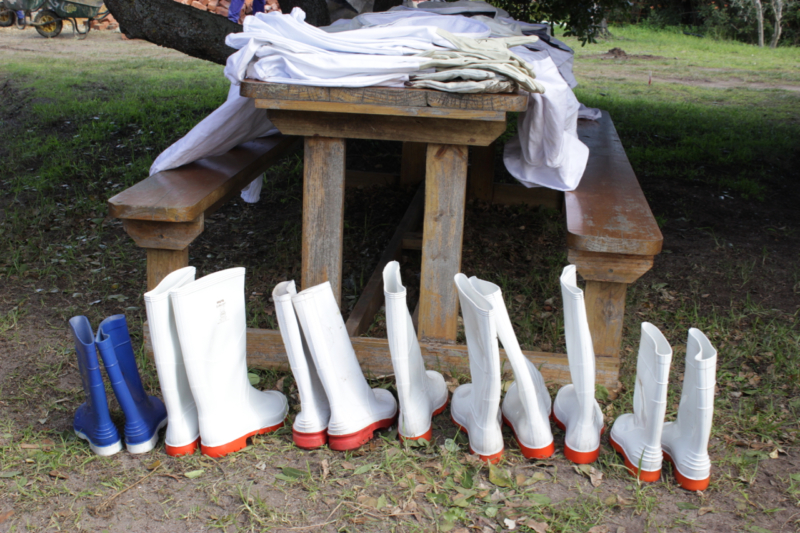 Let it be known that never again will I complain about the price of honey – this is life-threatening work and I totally appreciate the risks involved now!