As you might know already I’m a HUGE fan of names. Selecting a baby name for my children was such a fun process and not one I found stressful at all (although I know this is not the case for everyone!!) While pregnant I spent far too much time on Baby Naming blogs. But fortunately for me I had certain criteria that narrowed down my selection and made it a bit easier…. that, AND I had been planning my kids names since the age of 8! Yes, I bought my first Baby Naming Book in my teens – a bit crazy I know – but I loved discovering the meanings behind names and wanted to know what all my friends names meant!

Just so you know here are the meanings of my family:

Each parent goes through their own process when selecting their child’s name. While the decision might seem simple to some, others wrestle with the decision for months. Sources of inspiration can range from religion and family members, to favorite drinks and simple syllables that have a lovely flow.

Baby Naming Traditions around the World vary greatly among the different cultures – some might surprise you as well as give you an idea or two.

It is not coincidence that many Greek names continue to sound traditional, as it is customary that the eldest children are named after the paternal grandparents and that younger children receive the names of other relatives. If this tradition is wandered away from, it is usually to name the child after the patron saint of the island or to offer a token of gratitude towards a saint who assisted during difficult childbirth. Unlike in the West, names continue to be celebrated long after the birth with “name days.” The saints of the Greek Orthodox Church each have a day dedicated to them and, if you are named after that particular saint, it is customary to receive gifts as if it is your birthday.

In many cultures, children receive more than one name in their lifetime, a prime example being the Akan people of Ghana. Up until the eighth day of their life, children go by their “soul name” based from the day of the week; the belief is that the God Nyame had seven children that he sent down to rule over each day of the week that pass along their spirit to children born on that day. However, on the eighth day, the father picks a name and tells an elderly member of the family who, in procession, announces it to all. The child is then blessed and presented with gifts by the father and the community. 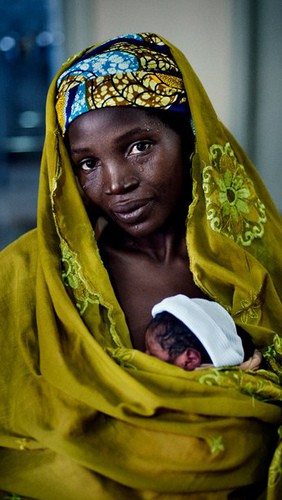 Nigeria is made up of numerous tribes and cultures. Though traditions vary, they all place heavy emphasis on the meanings of name, like the Edo people. In this society, it is the grandparents who present the parents with the name, doing so in a celebration held on the seventh day. During a feast of symbolic foods and music, an aging matriarch asks the mother seven times what the name is to be, the first six answers the mother presenting being somewhat humorous and ultimately rejected; for the seventh answer, the husband whispers the predetermined name to the wife, who exclaims it out loud and receives the blessing of the elder. Names are believed to determine the destiny of the child and wish for bright futures for the baby; for instance, Lyare means “safe journey”, and Onaiwu means “this child will not die again.”

The native people of Hawaii believed that a child’s name (Inoa) was passed along by God through a vision or a dream, and that to opt for another was to condemn the child. In the scenario that a name was not passed along, the parents bequeathed two different ones, the first being known to the world and the second remaining entirely secret as it was believed that names needed to be protected from the ears of evil spirits. Many meanings of name are based in nature or positive attributes, and were thought to be a guiding force in the child’s life. Unlike many countries, a significant portion of Hawaiian names are unisex. From 1860 until 1967, Hawaiian people were legally forced to give their children “Christian” names, making it so the beautiful traditions of old are much less prevalent today.

Another culture that withholds the name of a baby until after it is born is Iceland, in which the name is not revealed until the child is baptized (a child can legally remain nameless for up to six months). Surprisingly, Iceland has an official list of what baby names are authorized and those that are unapproved are not legally acknowledged. If you want to have a name added, you must consult with the Iceland Naming Committee, whose ruling is final. Furthermore, the surname is not passed down from the father, but rather the child’s last name is based around the father’s first name. For example, the last name Johnsson means “son of Johan.”

What is apparent across all the diverse cultures is the uniting theme of love that all families have for the children and their wish to give them the best possible chance in life, a sentiment that all parents can relate to no matter what Baby Naming Traditions we use to name our children.

What do you think – Are the traditions and meanings of Baby Names important to you? What inspired you when you decided what to name your child and what does it mean? And what does your name mean I’d love to know so leave me a comment!

My photo diary of a day in Cambridge

Ways to organize your life with plastic zipper bags (and win with Tuffy!)